The garden is looking good. It's so nice being able to pick fresh veg and have it on the plate within twenty minutes. I have an abundance of peas, but I am not sure which are mangetout and which are ordinary peas, as they are all mixed up. So I am eating them with the pods when they are small and flat, and shelling them if I have missed them and the peas are fat. 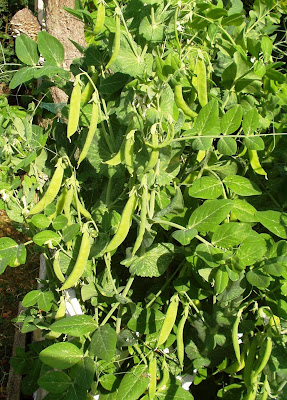 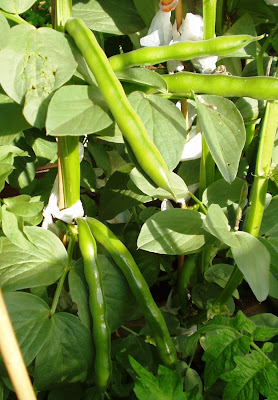 There are loads of spuds in the raised beds and some in pots, I am sticking my hands down and pulling a few out at a time. The broad beans are nearly ready, and the first courgettes are appearing. It won't be long before the beetroot is ready, might pull some in the next few days, I love cooked beetroot. 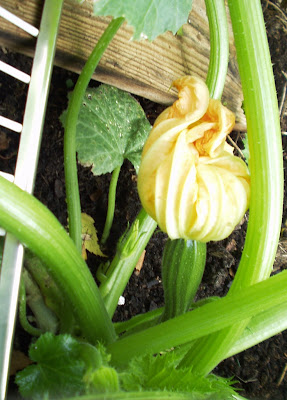 There are a few carrots ready so I am pulling them to make room for the rest to grow, same with the turnips. I have been eating the broccolli, should be quite a lot of that as the plants look big and healthy. The brassicas are under net curtains over a frame, I made the mistake of taking it off too early last year, so they are staying covered. With a bit of luck I will have sprouts and cabbages later on. 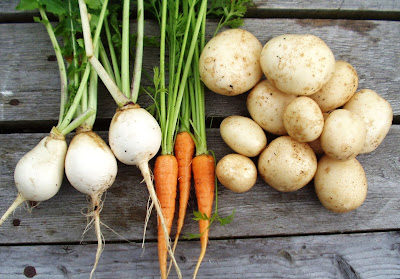 The tomatoes are coming but won't be ready for a week or two, I was a bit slow at getting them started this year, also the cucumber plants are only a foot high, but they will come eventually.

I'm surprised I haven't had as much trouble with slugs and snails this year, could that be because I have been collecting them up over the last two years, and there aren't many left I wonder.
Posted by Meanqueen at 20:31