Forgive me for not posting yesterday, I haven't been feeling too well and I can't work out why. I think a phone call to NHS Direct is imminent, however I will do this first.

And now for something completely different, I feel confident at this stage to 'come out'. No I am not gay, but there has been something going on in my life which I very rarely talk about. I have tried to explain this to a few people but the response has always been the same, awkwardness and blank looks. If you haven't experienced it you can't understand it. I am hoping that at least one person reading this will know what I am talking about. I may waffle on for sometime, so if you become bored, feel free to skip this bit. I don't blame you because I can waffle.
I'll give this, 'something going on', a name, Body Dysmorphic Disorder, or BDD. There, I've said it out loud and blown my cover. I'm not writing this to get to get it off my chest, I have tried to cast it off before and it doesn't work, it is always there, sometimes hidden and sometimes it rears it's ugly head. If you know someone who has this, my post will help you understand. It is classed as a mental disorder though mine has never been diagnosed. In my younger years I thought hating your looks was a part of growing up, everybody did it and I would grow out of it. I never did. 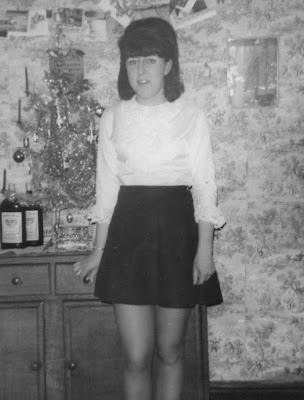