I have been meaning to do something about this for a while now. After a lifetime of use, this scratching post is way past it's best. It came with Bugsybaby about 16 years ago, and he has been constantly using it ever since. Lily and Freddie both used it, as does black cat Garcia who is a daily visitor. So you can see it has been just about mauled to death. So, what to do with it?

A new one can cost anything from £10 up to nearly £100, depending on how elaborate it is. I don't want to pay that so I'll have a go at refurbishing it. It's a simple design so it shouldn't be too dificult. 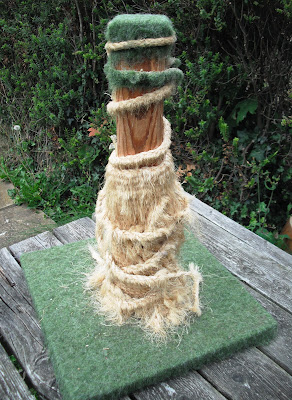 First I stripped off all the rope. This is sissal rope which can be purchased seperately if you wish to restore it back to it's new state. I don't want to spend any money at all on it. I could use the nylon rope I already have, left over from my roping and sheeting days, but I think I'll use an easier method. I was going to leave the base cover in tact and cover over it, but I decided to strip the green away from the board as well. 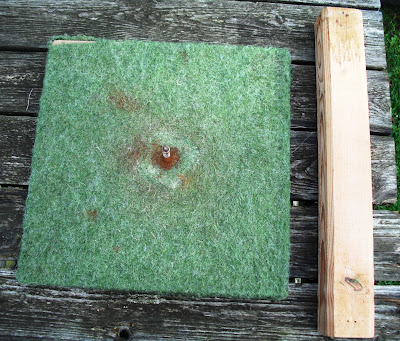 My first thought was to recover the base with carpet, but I found the hessian backed offcut I had was far too thick and stiff to fold around the edges. A thinner, cheaper, rubbery backed piece would have been better, but I don't have any. So I used a piece of upholstery fabric which I got from the Scrapstore. I started off by using staples to fasten it down, my friend kindly lent me an upholstery stapler gun. Then I ran out of staples so had to finish it off with small nails with a large head. 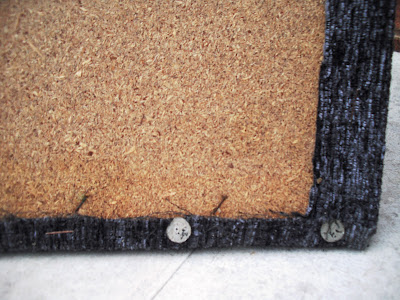 Next I cut a square from a piece of  lightweight carpet, slightly bigger than the top, folded down the edges and stapled it in place. 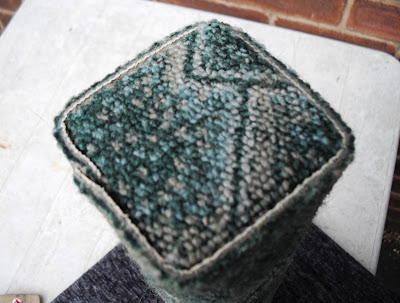 There was enough carpet to cover the whole pole. I decided to overlap the join and fasten with nails. This would have been too thick to secure with staples, if I had any left. It doesn't look very pretty, but it does the job. I can put the join against the wall so it isn't noticeable. I'm sure the cats couldn't care less what it looks like, and as this isn't a posh home it doesn't have to match the decor, ha ha. 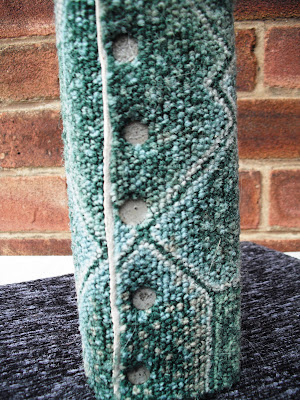 So there we go, a refurbished cat scratcher. All I've got to do now is teach the kittykats how to use it, and hope they will stop pulling my stair carpet apart. 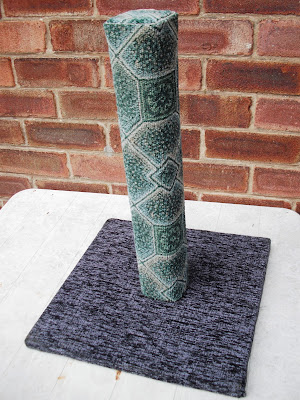 That was easy, might try making a new one now. Meeeow.
Posted by Meanqueen at 15:06