Ooooh, it is nice to put my feet up. I'm in Chesterfield tonight, not done quite as many miles today, 16.2 to be exact, a bit less than yesterday which came in at 21.6. This morning was a sunny start, I'm lucky with the weather this time round, a bit different from all the rain in September. A quick pic of the Castle Cliffe Guest House before I leave. The cleanliness of the place, the lovely breakfast, and the hospitality of the owner, makes it a good place to stay, and no, he didn't pay me to say that, ha ha. Sometimes I think I'm like a mystery shopper, with all these reports of places I have stayed. 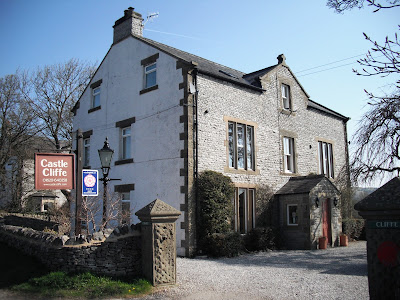 One last look at the Monsal Trail and viaduct, before I leave. I took this pic this morning, the light is a bit better than last night's photo. 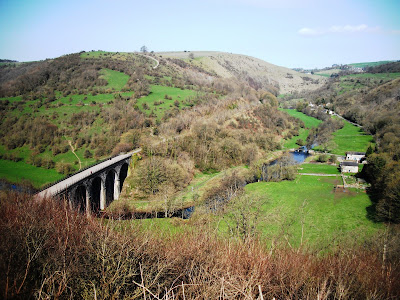 I set off round the corner and down the road to Little Longstone, and saw this pretty little church. So dainty and so sweet, it looks well cared for. 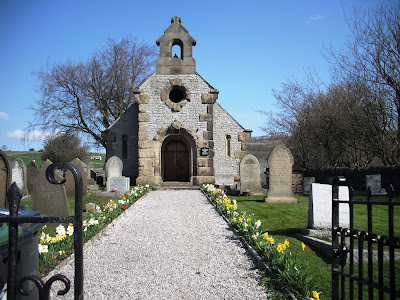 About a mile along the road is the pretty village of Great Longstone. There is a lovely mosaic of the Queen and her corgi's in the bus shelter. 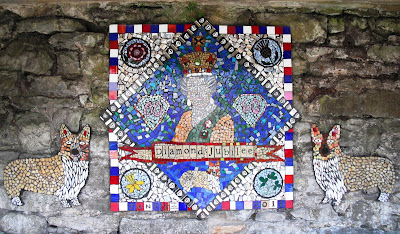 Coming into Hassop is this huge Catholic Church, I thought it a bit strange that such a large building should be here by the side of the road. 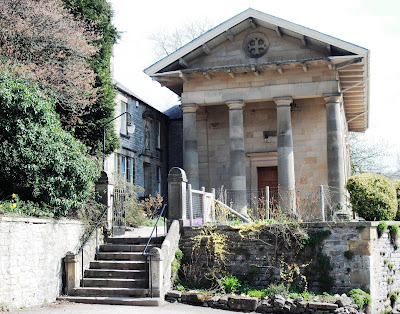 I just thought I would put this one in here, a typical English country pub. I was almost tempted to sit down at the front of it. Don't think the landlord would be best pleased, ha ha. 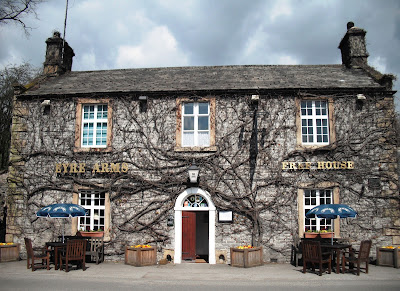 I arrived in Baslow, I see from my map that I have been here before, I recognised the church. 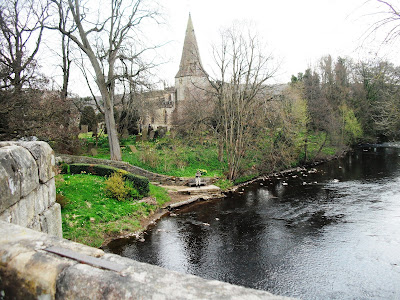 After picking up a few supplies at the Spar shop, I left the village and headed towards Chatsworth Park. The car park was very busy, also a couple of coaches were in, and people were pottering around the shops licking ice creams. I didn't indulge because everything costs twice as much here. The dafs along the roadside near the entrance looked very spring like. 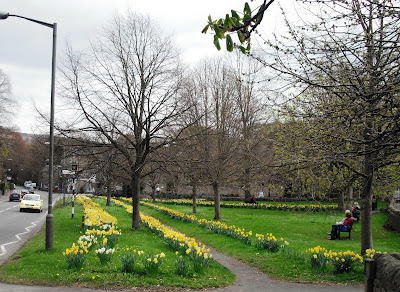 I haven't been to Chatsworth House before, what an impressive building it is. The place was buzzing with visitors. 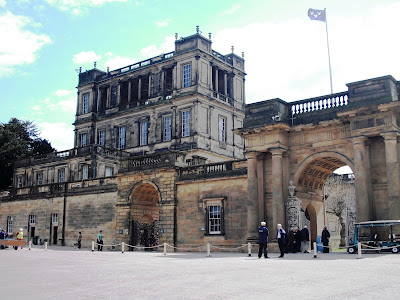 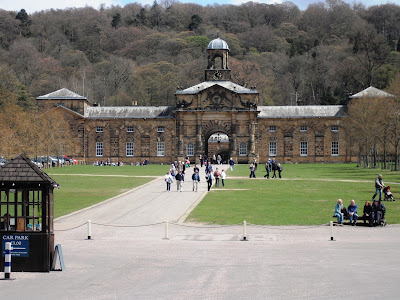 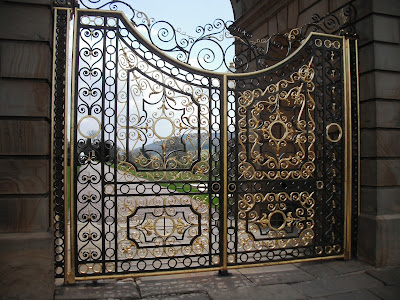 There is a lot of scaffoling up at the side of the house at the moment which rather spoils the photo's. Workmen were busy putting the massive tents up for the forthcoming equestrian event next weekend. 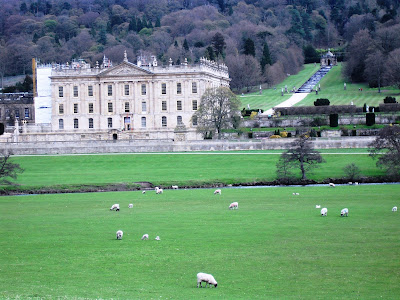 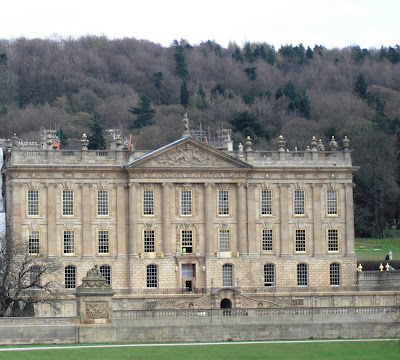 The grounds are extensive, sheep, lambs, and deer roam freely and seem to take no notice of the visitors. 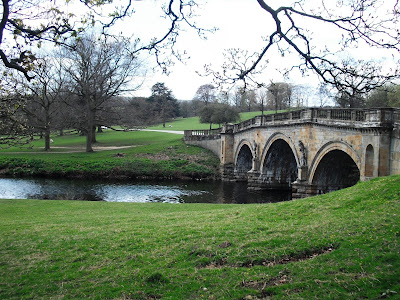 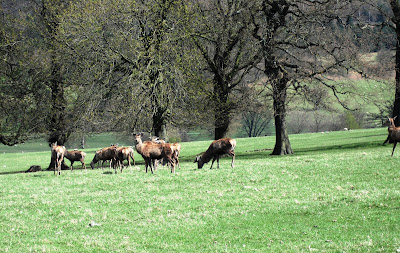 I enjoyed the walk through the park. I took this last photo as I was passing by Beeley Lodge. It's like a massive dumping ground for dead trees. Some of them were still standing but only just, they were crumbling where they stood. No signs of a fire, they were just dead, Such a shame. 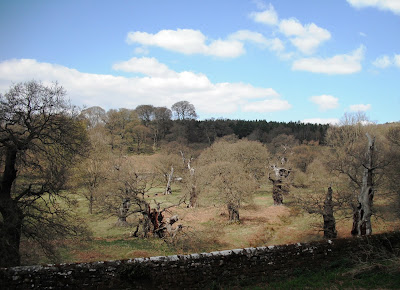 I reckon that's about 82 miles done so far, so more than half way. My leg muscles are beginning to ache a bit, when I stop I tend to seize up and find it hard to get going again. That should ease off eventually.

Something amazing happened tonight as I was walking into Chesterfield, a lady was sat in her parked car with the window down, and called my name. I was as surprised as she was, she recognised me from the blog. I seem to remember the same thing happened once before when I was on a long walk, through Yorkshire. Spotted again because of my sun visor. Flippin amazing, I am very chuffed when people recognise me. Think I'm going to turn in early tonight, I feel like I need a good nights sleep rather  than watching the tele. So I'll say goodnight. Toodle pip.
Posted by Meanqueen at 21:44

Email ThisBlogThis!Share to TwitterShare to FacebookShare to Pinterest
Labels: holidays/days out, travel, walk