Hello. I've had my tootsies tickled today. Hugo has a clinic at the Age UK regional office in town, and charges only £10, so I thought it would be a good idea to get my feet checked to make sure there is nothing terribly wrong with them.
I expected him to be an older man, he sounded older on the phone. I'm surprised that a young man chooses a career which involves getting up close to feet. He was a chatty friendly type, and he loves his job. He goes to care homes and does all the elderly people while they are having a coffee. He does home visits, and will visit groups. Here are his details for anyone in the North Lincolnshire area. 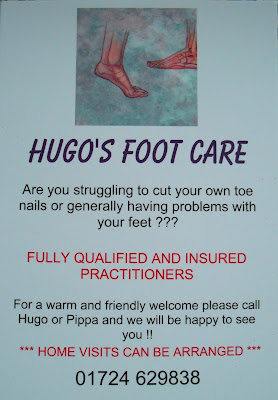 Hugo says he has seem bunions a lot worse than mine. He says if they are not causing any bother leave them alone. They aren't so I will. 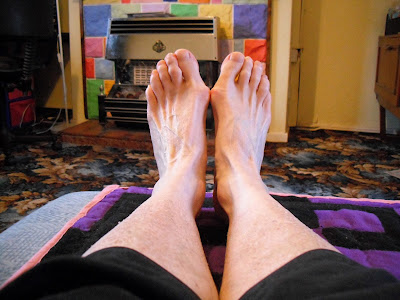 Hugo says I have two hard lumps on the balls of my feet, I'll cut them out. He said it's the pressure which causes that. 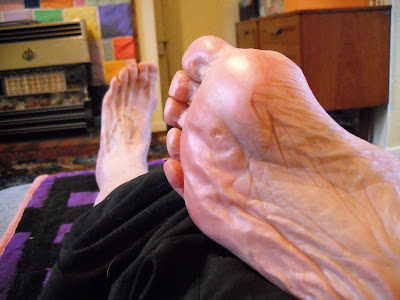 Hugo says it's ok to drain a blister and put antiseptic on it. 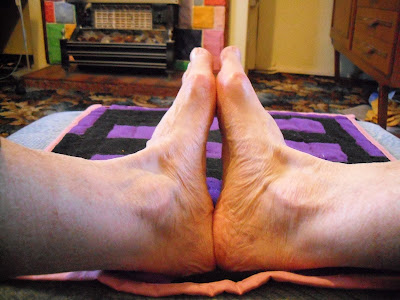 Hugo says do you want me to cut your toe nails. I said no, I've just washed my feet and cut them myself, I can reach them. But you can use your clippers on the two hard nails which I find difficult to cut with scissors. 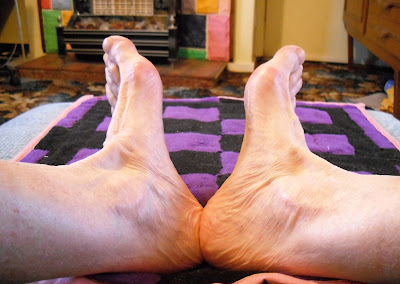 Hugo says, do you want some moisturizer on them. I said, yes please. 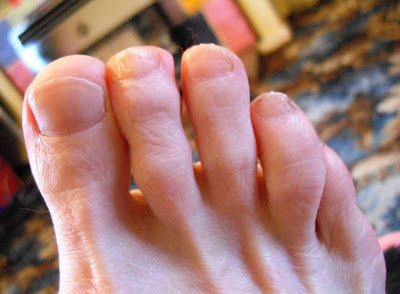 Hugo asked me if I want to make another appointment. I said, no, I will see how they are in six months after I have done some more walking.

Thanks for popping in, we'll catch up soon.
Toodle pip
Posted by Meanqueen at 19:34