Hello. No wonder I am knackered tonight, I've just checked on bikehike.co.uk and I've done 22 miles today. I was rather hoping I could make it to York, and I have. I started looking for a hotel just before the ring road, and went in the Premier Inn, they wanted £85 which didn't include breakfast, that was another tenner. I thought that was taking the Mick, Premier is nothing special, a bit like Travel Lodge. I would have thought they could include breakfast for that price. I wasn't intending to walk much further but that spurred me on to find something better, and I have. I walked into the Youth Hostel, I have a private room en suite, breakfast included, for £42. That will do nicely. The receptionist said I would have to use the wifi in the communal areas, but I am sitting here on my bed and it works fine. Ooooh, it's lovely to put my feet up.
I've had a brush with the law today, I was caught in a speed trap and the bobby said I was walking too fast, ha ha. No, he didn't just joking. He was out and about to catch drivers without their seatbelts on, and those fiddling around with their phones while driving. Pity we don't see more community bobbies out and about, he was lovely. 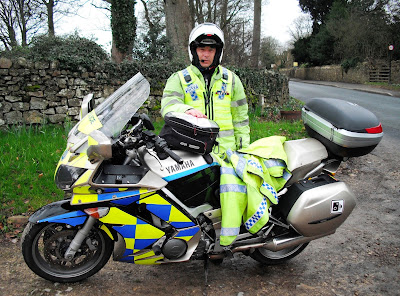 It was a lot of minor roads today, I saw Mr Policeman at Coxwold, a lovely little village. Me being nosy peering through someone's gate. 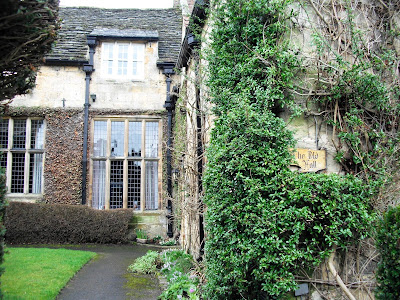 It's amazing that so many small villages have such big churches. This is a whopper. 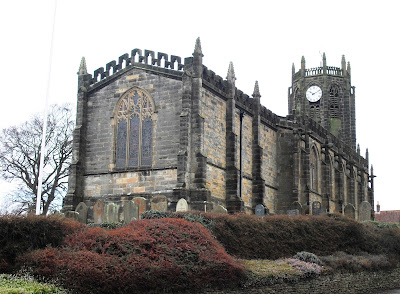 I stopped to admire this ivy covered house and a woman stopped to chat. She said it belonged to an old gentleman and it is for sale. I'm not so sure it is such a good idea to allow the ivy swallow up your house though. 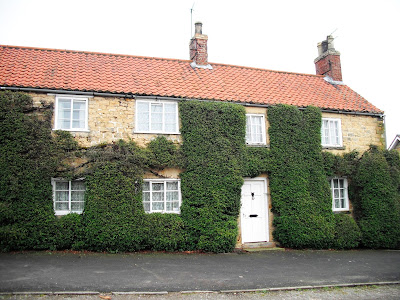 A nice little B & B, how come I always come across them when I don't actually need one. 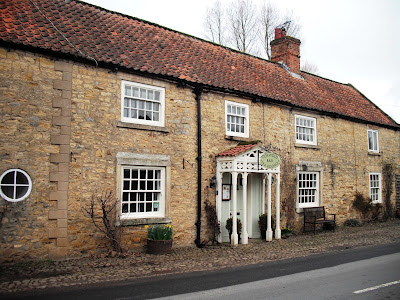 This is the pond near Newburgh Priory. 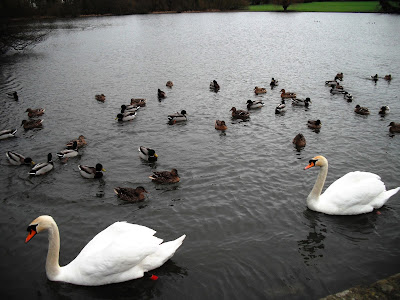 The Priory isn't open today, the season starts in April. 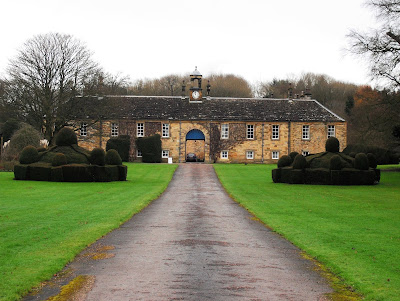 I saw this marked on the map and thought it a strange name. Low and behold there is a sign for it. 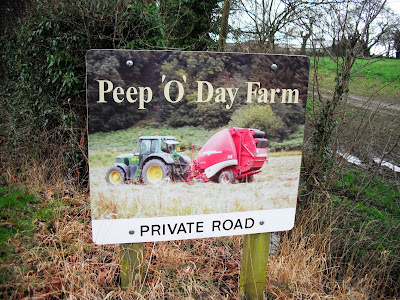 I arrived in Easingwold and picked up supplies at the Co op, and had a ten minute break. This car was parked outside a shop and the owner came out for a chat. He said he took it to a show at Harrogate at the weekend and they treated him like royalty with free tickets to get in. I certainly looks lovely. He showed me some pictures of a couple of vintage VW camper vans he has bought to do up. 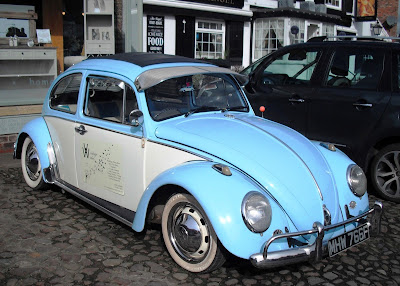 A pub in Easingwold, quite a lot of black and white buildings round here. 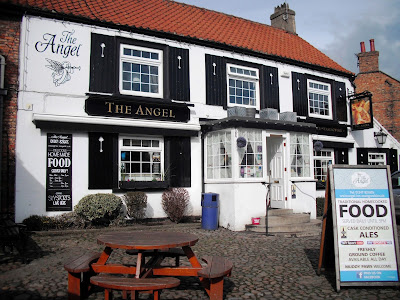 I didn't take any more pictures after that, just got my head down and walked walked walked. I left Easingwold on the Stillington road and turned right to Hubey. That's a nice village. Bypassed Sutton on the Forest and went down a long track which turned into a tarmac road. I got chatting to a woman who advised me which roads to avoid as the traffic moves very fast on them. I took her advice and headed for Skelton, which go me onto the A19 into York. I was really beginning to struggle then, my feet were as sore as hell. I trudged on and made the decision to go to the Youth Hostel.

No wind or rain today, it was a great day for walking.

What does tomorrow hold? Well I am not about to give up, having come this far I have to finish it at the River Humber, at the bridge. I will check the maps if I can get off this bed, my legs have seized up. It would be great to finish it in two more days, so I will look at splitting the distance in half and see if I can find a bed in the middle. That's me being optimistic, it may have to go into Thursday.

Thanks for popping in, we'll catch up soon.
Posted by Meanqueen at 20:46