My absence from the blog was due to me being away for the weekend. I landed at Carol's on Friday afternoon at 4.30pm. This gave us two hours to get ready for the party. Carol was almost ready when I arrived, she had been to the hairdressers and her makeup was all done. I can get ready very quickly, usually about ten minutes before I am due to walk out of the door, ha ha. I haven't been to a party in years, so I have forgotten how to get dressed up.
Carol had her 70th birthday party at Vegas Nightclub in the centre of Blackpool, and I was the chauffeur  for the night. It was a real humdinger of a night. Lots of family and friends, loud loud sixties music, dancing the night away, and a hot buffet. Carol on the right, with her two sisters. Not my photo, I've borrowed it. 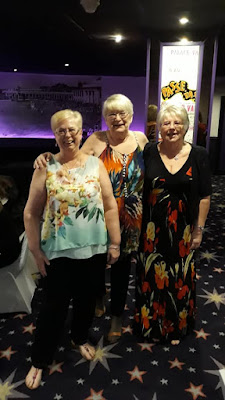 The party finally ended at midnight. I don't know where these ladies get their energy from, they were dancing right to the end.
The next morning I could still hear the music pounding in my head. I woke up with a goddam awful headache, like a massive hangover but no alcohol was consumed. Carol on the other hand was as bright as a button.
I couldn't stir myself out of bed until mid morning, by which time it was too late to put my plan into action for a walk. I came up with a plan B, which meant staying another night.
After a bite to eat the headache eased off a bit and I set off to walk to Fleetwood. I headed for the Promenade at Cleveleys and turned right. I haven't walked this section of the coast before.
It was lovely and sunny with a slight breeze. People were out on the beach, horse riders, dog walkers, fishermen in the sea, and microlights buzzing overhead. I took a few photo's.
As I got nearer to Fleetwood the camera came out again, but disaster, there was a problem with the memory card and nothing happened when I pressed the shutter. I tried it in the second camera, same thing, the memory card had malfunctioned. Oh dear. The photo above is one that Carol put on Facebook.
So what to do, I need a camera shop so I asked someone and was pointed in the right direction. Luckily it was the direction I was going anyway. I found the shop, and although the owner did not sell cameras, he gave that up to frame pictures instead, he still had some memory cards left over from his previous stock. Hip hip hooray, he was very helpful, and fixed me up with two cards, one for each camera, checking that they both worked. I have since tried to get the pictures off the old card, but no luck, so they are lost. 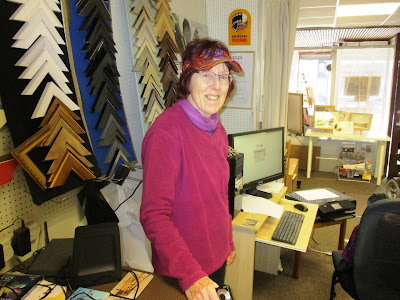 I set off to walk back following the tramline. 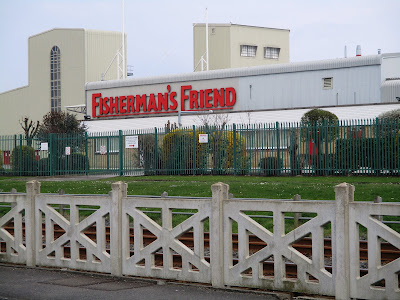 I just love these new Bombardier trams. so smooth, so quiet, and so sleek looking. 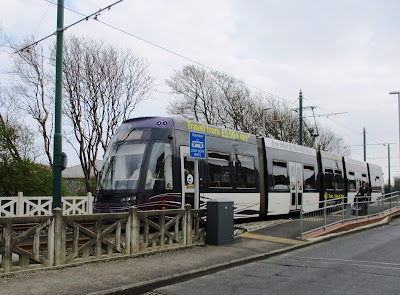 I followed the tramline almost back to Carol's. Where it veered off to the right, I continued straight on along the road. Saturday's walk was 10 miles, and I felt a lot better after an afternoons fresh sea air.

Sunday morning I said goodbye to Carol after breakfast and drove through Blackpool along the Promenade, to St Annes, where I parked and went a walk before going home. A sunny morning, wide grassy areas between the road and the promenade, lots of dog walkers with dogs running about and enjoying the socializing with each other. Lovely ornamental gardens with walkways and duckpond. 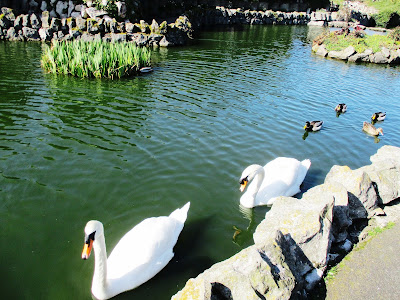 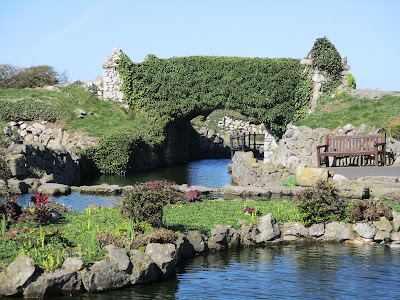 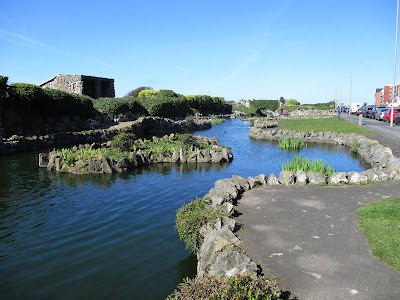 The boating lake and cafe at Fairhaven Lake. No boats for hire today. 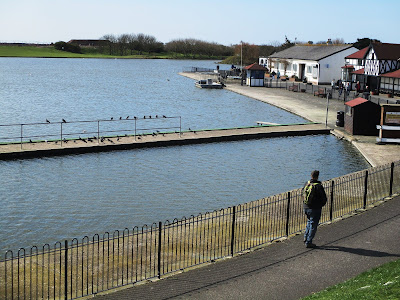 Love this church, it looks like it's made of icing. 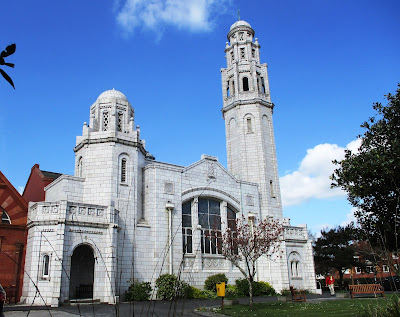 Well maintained windmill, looks like it's been repainted ready for the summer season. 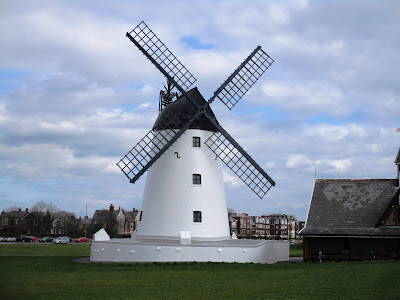 I took a footpath which is the Lancashire Coastal Way, over the gully, past the boats, and did an about turn on the road into Lytham town centre. 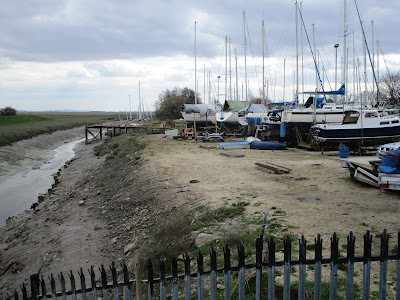 The town was buzzing with people, the sun had brought everyone out. Fantastic display of colour at the front of this shop. 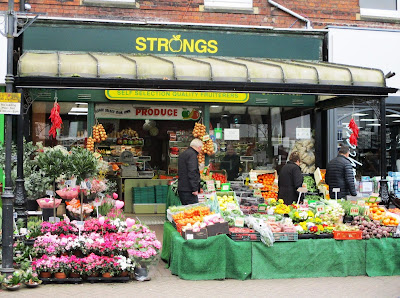 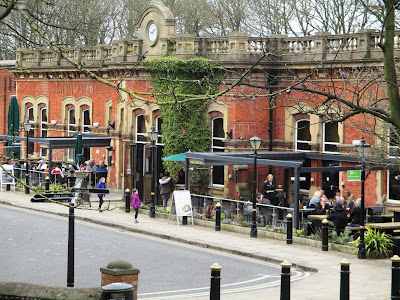 I saw a sign for Lytham Hall so I thought I would investigate. I asked at the entrance how far is it to the hall, the man said a mile and a half. It was 3pm and I didn't have enough time to enter the grounds and go and see it. 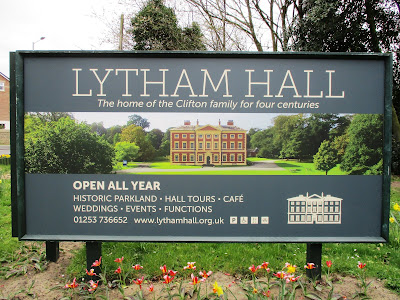 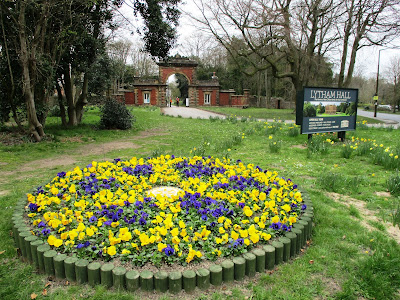 It was a long trek down a very straight road back to the car. Time to go home, 9 miles walked today. The motorways were not too busy, I got home at about 8 ish.

Smashing weekend apart from the headache, good to see Carol, she can't believe she is 70. She certainly doesn't act it, her life is full, always out and about with her family. I can't invite her to my 70th party because I am not having one. Can't stand all the noise of a disco. Toodle pip.  ilona
Posted by Meanqueen at 21:42