James Piekos, the breakfast show presenter from Radio Humberside is doing a 100 mile walk to raise money for Children in Need. I went to meet the posse and walk a few miles with them. I drove to Cottingham and parked my car there, which was where he was going to finish the day. Then I set off walking towards him.
I found them at the Morrisons roundabout at Beverley. As I joined the group James went striding off, they were a bit behind schedule so he was trying to make up some time. I thought I was a fast walker, but James has endless energy. Trying to take a pic while fast walking is a bit tricky. 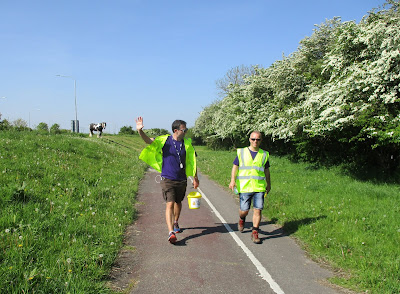 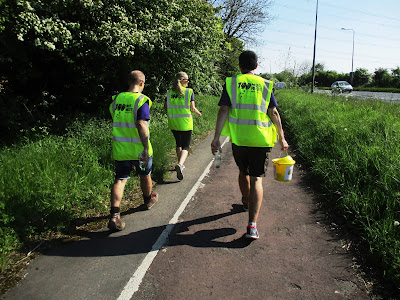 Time for a short stop to discuss things with the people in the radio car. 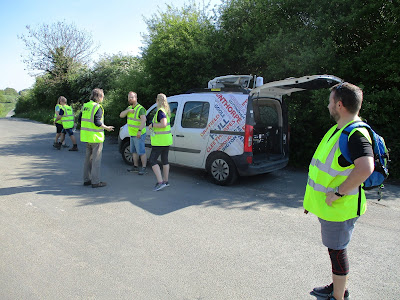 Managed to pin him down for a minute. 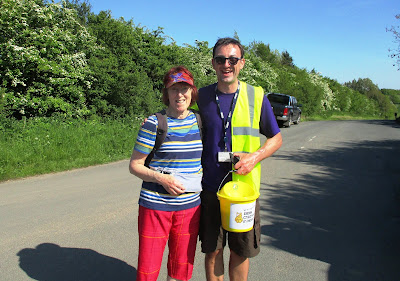 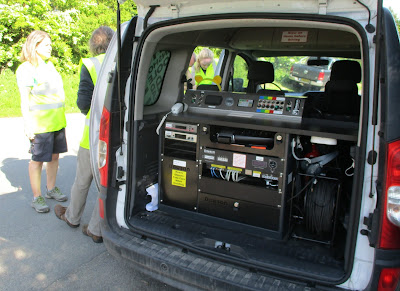 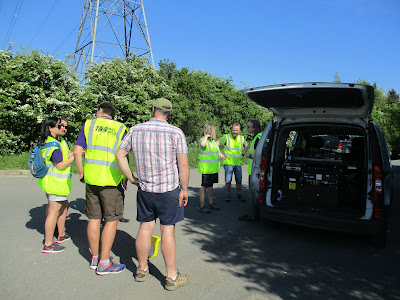 Here we are, arrived at Cottingham Civic Hall. Someone was giving out free ice lollies, and there was a musical welcome. 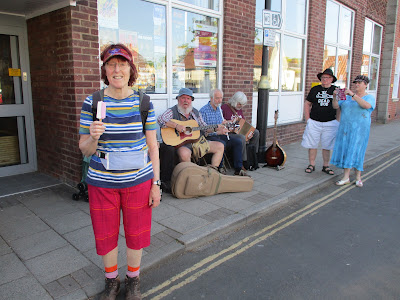 James rattling his bucket, and getting the band to play for him. 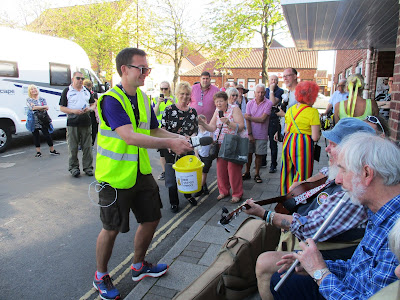 The walk is over five days, covering East Yorkshire and North Lincolnshire. That's another eight miles to add to my total.  Toodle pip.  ilona
Posted by Meanqueen at 07:33