Holmfirth, again. Not the touristy bit.

It was a toss up today whether to go on a mega bus ride, or chat with the sheep in West Yorkshire. The sheep won. I arrived at Holmfirth at midday and began my walk with a fairly steep climb out of the town, it wasn't long before I was peeling layers off. A bit of huffing and puffing with the old ticker quickening it's pace has got to be doing me some good. I have already done the touristy bit of this 'Last Of The Summer Wine country', now to explore the rest.

It seems every road out of Holmfirth has an incline. How they managed to cram all those houses into such steep and minute plots never ceases to amaze me. It's interesting to stroll by peering into someones back yard when their roof is the same level as the footpath. Here are two photo's of the first views I saw. 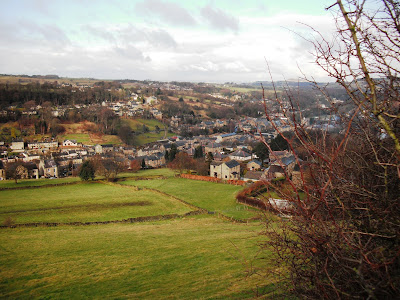 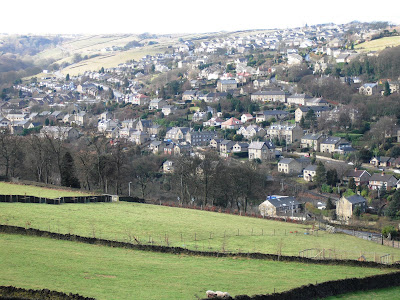 While a lot of dry stone walls are neglected and crumbling I was most impressed with this neat and tidy example. I have no idea how long it has been standing but I would say it is good for a few more hundred years. The square slate like slabs were perfectly placed, I can't see that it will ever fall down. It's a pity these ancient skills are not taught to the youth of today, because when the human race has blown itself into oblivion we will need to start all over again. 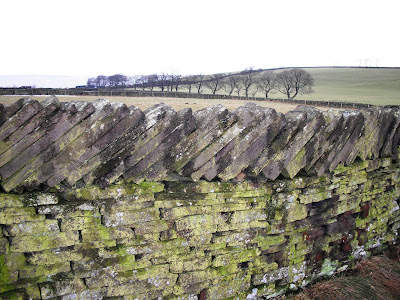 I joined the Kirklees Way, a designated leisure footpath promoted by the local council, and was pleasantly surprised at how interesting it was. A bit of allsorts really, I love trees of any kind. 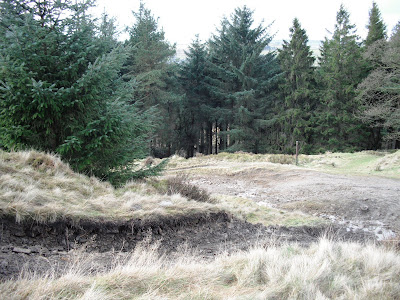 I like to incorporate a walk around or alongside some water in my travels, and had planned it so I pass a couple of reservoirs. I came down a steep bank to the Brownhill Reservoir, the map clearly indicates a crossing at this point. Unfortunately this was the sight that greeted me, a building site, the path was closed untill the spring. Not the sort of thing you expect to come across in the beautiful countryside, but I suppose they have to do this work to ensure that we enjoy continual clean water at the turn of a tap. 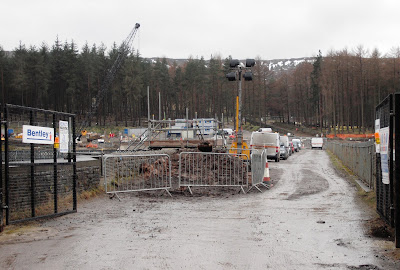 Not to worry, there is another crossing half a mile further along, and this is it. You can see the footpath I took over the little bridge and along the top of the slope. 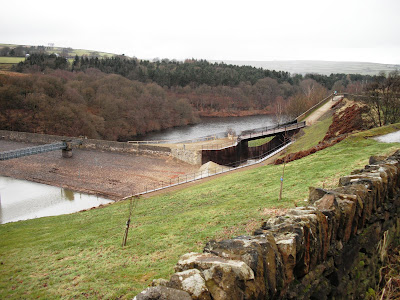 On the other side I heard the sound of the rushing water as it cascaded down the overflow channel from the higher level to the lower. 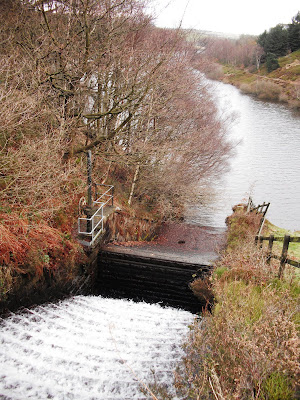 Further along the path I looked back to see this great view, it always pays to stop and look behind you, you might miss something. 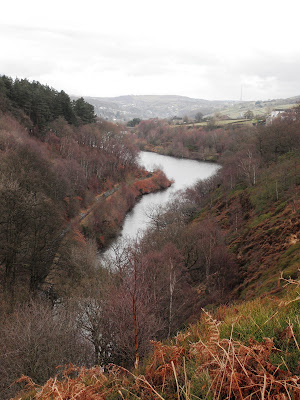 This photo is taken looking back at the path I have just come down, still part of the Kirklees Way. 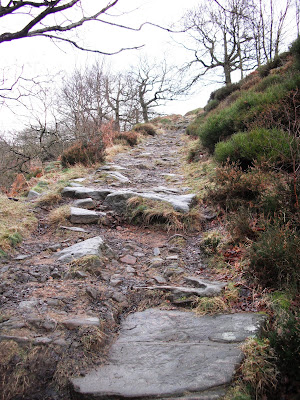 And what should I come across but a lovely little waterfall with a rather ugly iron footbridge crossing the water. It was a beautiful woodland scene, very pleasant when you are the only person there. 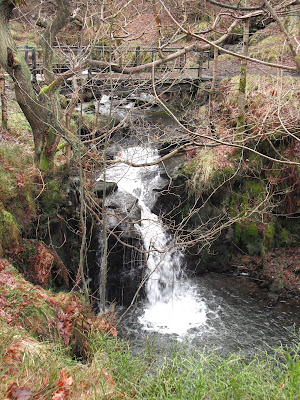 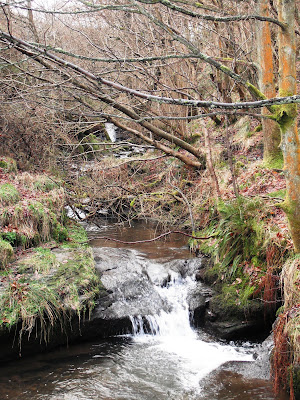 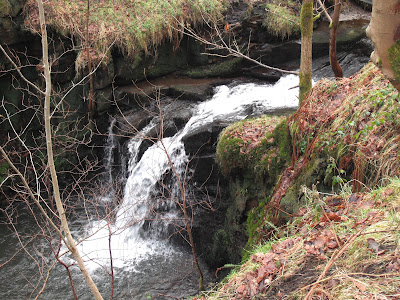 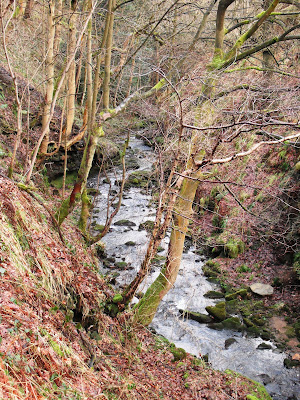 I arrived in Holme village, after passing a house which was hidden underground. It was like one of those you see on Grand Designs, the only clues to it's existance was a glass dome and several glass bubbles poking up from the neatly planted camourflage. I couldn't get any pictures because of the high banks that surrounded the structure, obviously the owner values their privacy.
This rather splendid building on the roadside is for sale if you fancy buying it. 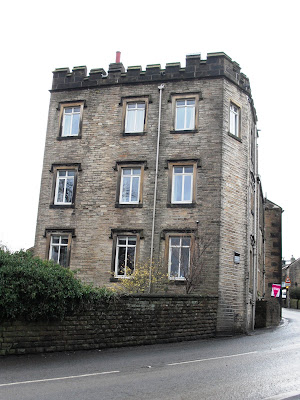 This is a photo of Digly Reservoir, another water feature I passed on my way back. The darkness was beginning to descend, my day was almost over. It was a race against time to get back to the car, so the last half an hour was along the roadside. Something I hate doing but it makes no sense to stumble around in the dark on uneven ground. I like to make the most of every minute so often find myself trying to cram too much in the day, roll on lighter nights. 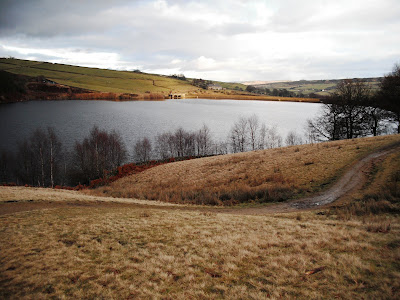 One last shot, of this dramatic sky. 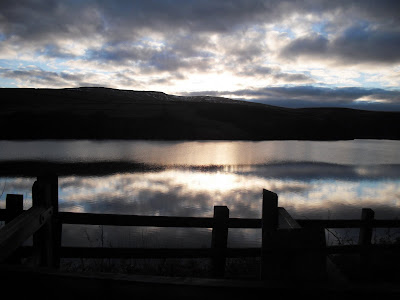