Wow, we have photographs tonight, not many because I didn't take many today. I have spent most of the day following canals, and they get a bit samey after a while. First pic is me and Mo, taken just as we were leaving her house this morning. She wanted you to see her amazing apple trees, there are masses of apples on them. Last night we had some of her apple pie with lashings of ice cream on top, yummy. 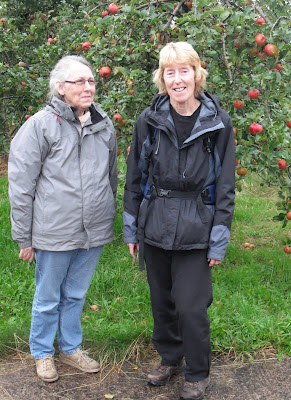 Mo took me back to where she picked me up yesterday, can't have me cheating can we, ha ha. She decided to walk part the way with me from Huxley to the canal by road, then along the canal from Whartons lock almost to Tiverton. This is the view from the pub next to the lock, across to the remains of a castle high on the hillside. 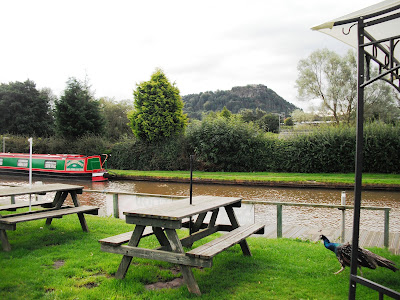 We came across some people taking their boat through a lock a bit further along, and got chatting to them. Amazingly the man had met Mo before at a Folk Festival. As soon as the boat was clear of the lock the man decided to walk the mile with us to the next lock. Him and Mo were chattering away like long lost buddies about their love of folk music.
After Mo left me to go home I got to Bunbury Locks. There are two locks together here, it's like the boats have to go down two steps to the lower level. Here are the instructions. 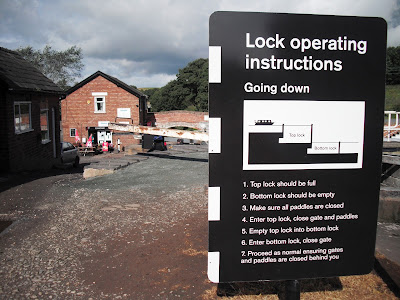 I watched a couple take their boat through, the water level is dropping so the boat can go underneath the bridge. 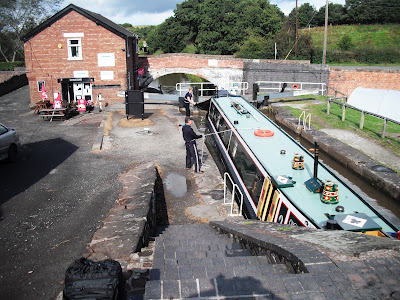 I thought this phone box looked lovely, it's in Warmington. The people in the village have stuck their photo's of the Jubilee celebrations on three sides of the windows, inside the glass. 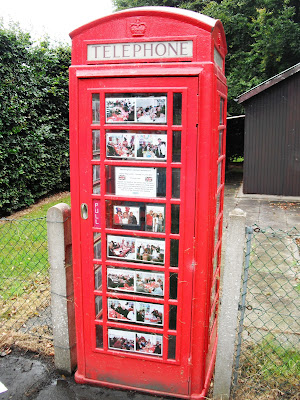 Opposite is Warmington Church. 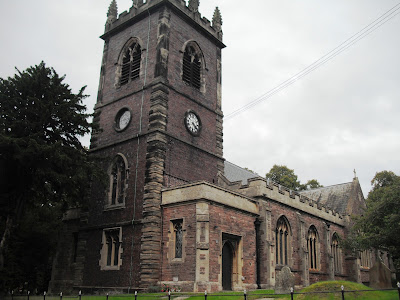 Spotted next to a fishing pond, lots and lots of Canada geese. Is it time they are getting ready to fly away I wonder. 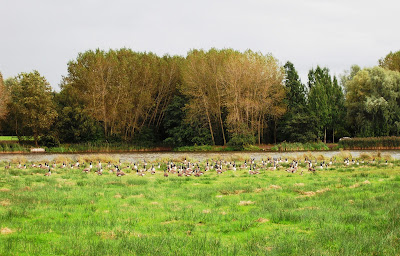 I followed the Cheshire Ring Canal Walk as far as Wheelock, I was hoping to make Alsager but realised that it was going to be impossible to do before it got dark. I found a shop in Wheelock to pick up some provisions, enough for tea tonight and lunch tomorrow. I'll be filling up with a big breakfast in the morning so that should last me most of the day. I asked a man if there was a B & B nearby, but the only place he could think of was a mile and a half away in Sandbach, so here I am.

Ooh it was lovely to soak in a hot bath tonight. I have a small blister underneath my right heel, but I can put up with it. I spent a lot of time walking through wet grass today so my boots and socks were well soaked again. They are on the top of the radiator now, hopefully they will be dry by morning.

I have seen lots of boats today, and had a chat with a man who was doing some diy on his boat. He had taken the door off and was fitting a cat flap. He has two dogs and two cats living on his boat with him. The cats are microchipped and will have a state of the art cat flap which only opens on their approach and no other cats can pass through. One of them was just like my Mayze cat.

I reckon I have done about 18 miles again today. It was a lovely sunny morning, with about half an hour of rain about 1.30pm, so not too bad really. I've come to the conclusion that canals are a bit boring, I don't fancy miles and miles of plodding along in a boat, and all those queues to get through the locks. I hate queueing up for anything. Off to read a few blogs now. Toodle pip.
Posted by Meanqueen at 22:23