Did I get off my backside and get on with it, or did I throw the towel in and come home? Days 3 and 4 are always hard going, the feet complain bitterly, the shoulders ache, and the leg muscles groan with every step, but never mind, I'm still here. I got the bus back to Easingwold and started walking at 10.20am. I like to get off just after nine usually, so I'll have to walk a bit faster and find a shorter route than planned.
Last night I realised I was going to have a problem crossing the River Swale, there just wasn't a bridge in the right place, and I can't swim. I opted to cross it at Skipton on Swale, which meant I was going to turn left before I reached Thirsk, so sorry Maz, I didn't get to see you. Mind you I could have done with your phone number later, as I was struggling to find a bed, but I had no way of contacting you.
Tonight I am in a pub in Burneston. I was so lucky to find this one, there was no sign outside for B & B, but worth an ask I thought. Bingo, they had a room.
Now let's look at the pictures. I did a mix of roads and paths out of Easingwold, heading for Husthwaite, then turning left for Thormanby. Spotted through the trees, an encampment of tents, lots of them. Might be scouts or something like that, no one around except a company either putting them up of taking them down. I couldn't see that clearly from a distance. 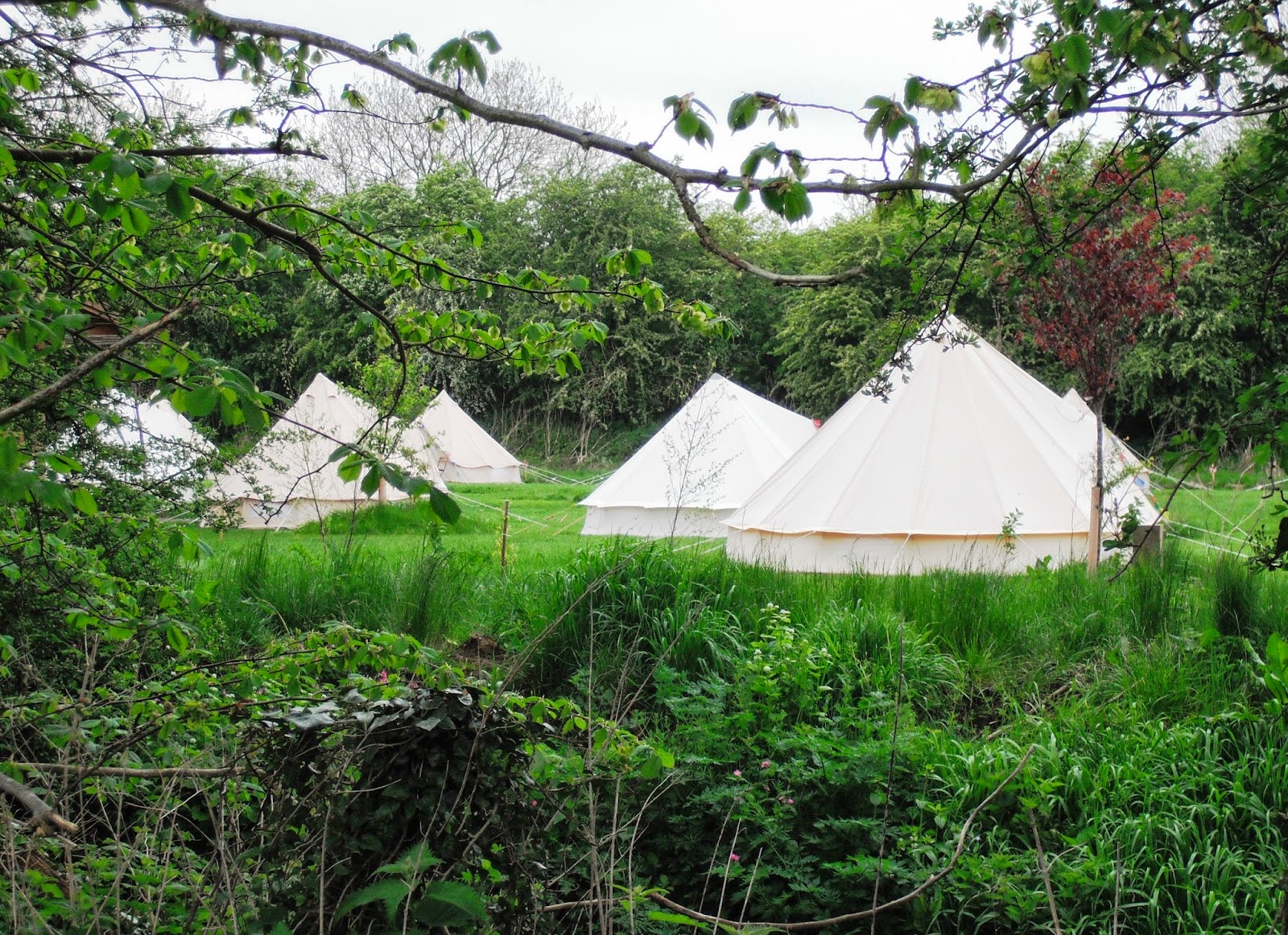 I was following a stream on my right hand side, but think I missed a sign for a path. It didn't matter though because I could use the pylons to work out which direction I wanted to be going. I found a track through the yellow fields, and when I checked the map it seems the path I missed went through the middle of the crop. Good job I missed it then, wouldn't fancy wading through that lot. 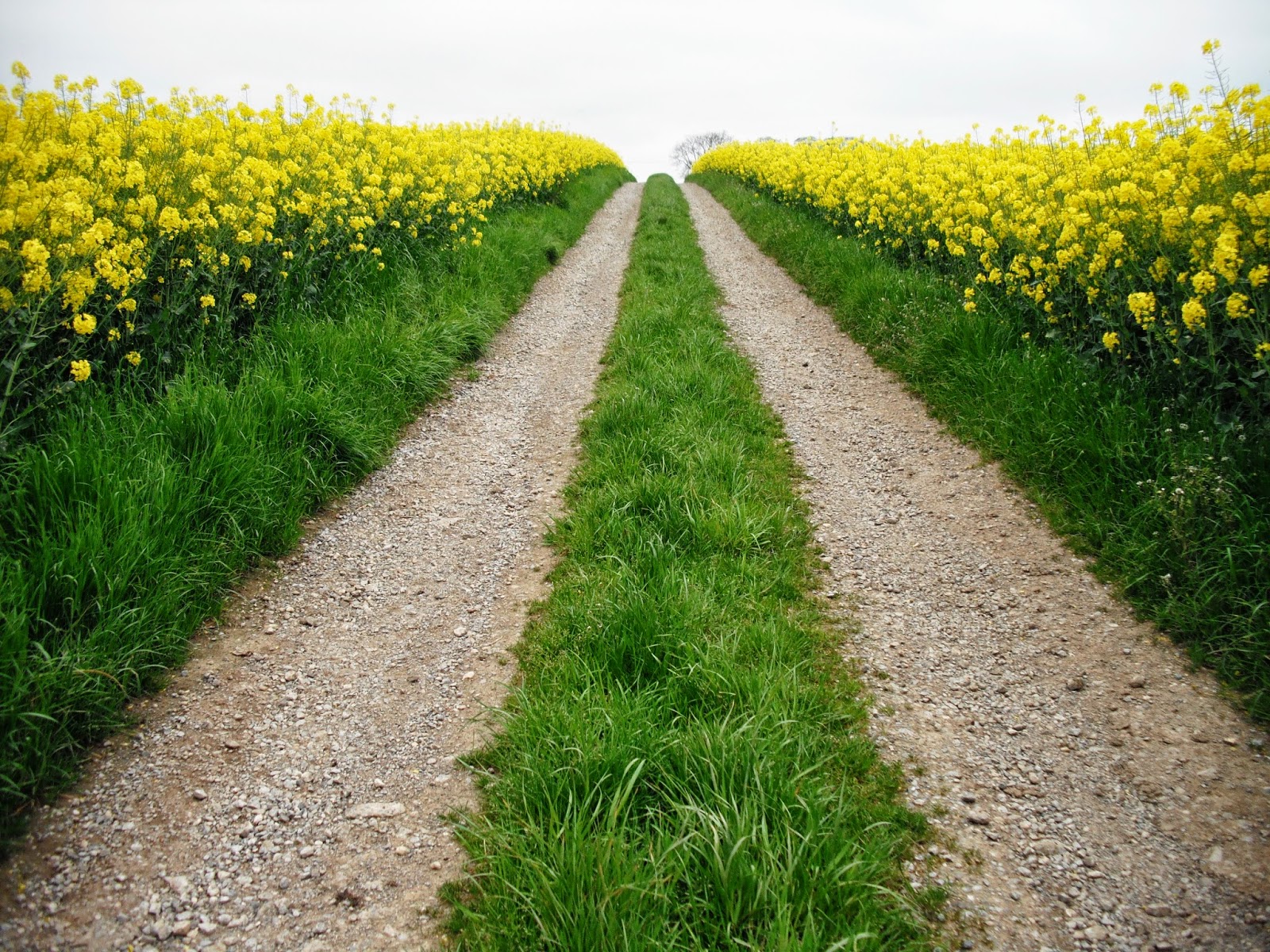 I came to the small village of Sessay. This church is at Little Sessay. 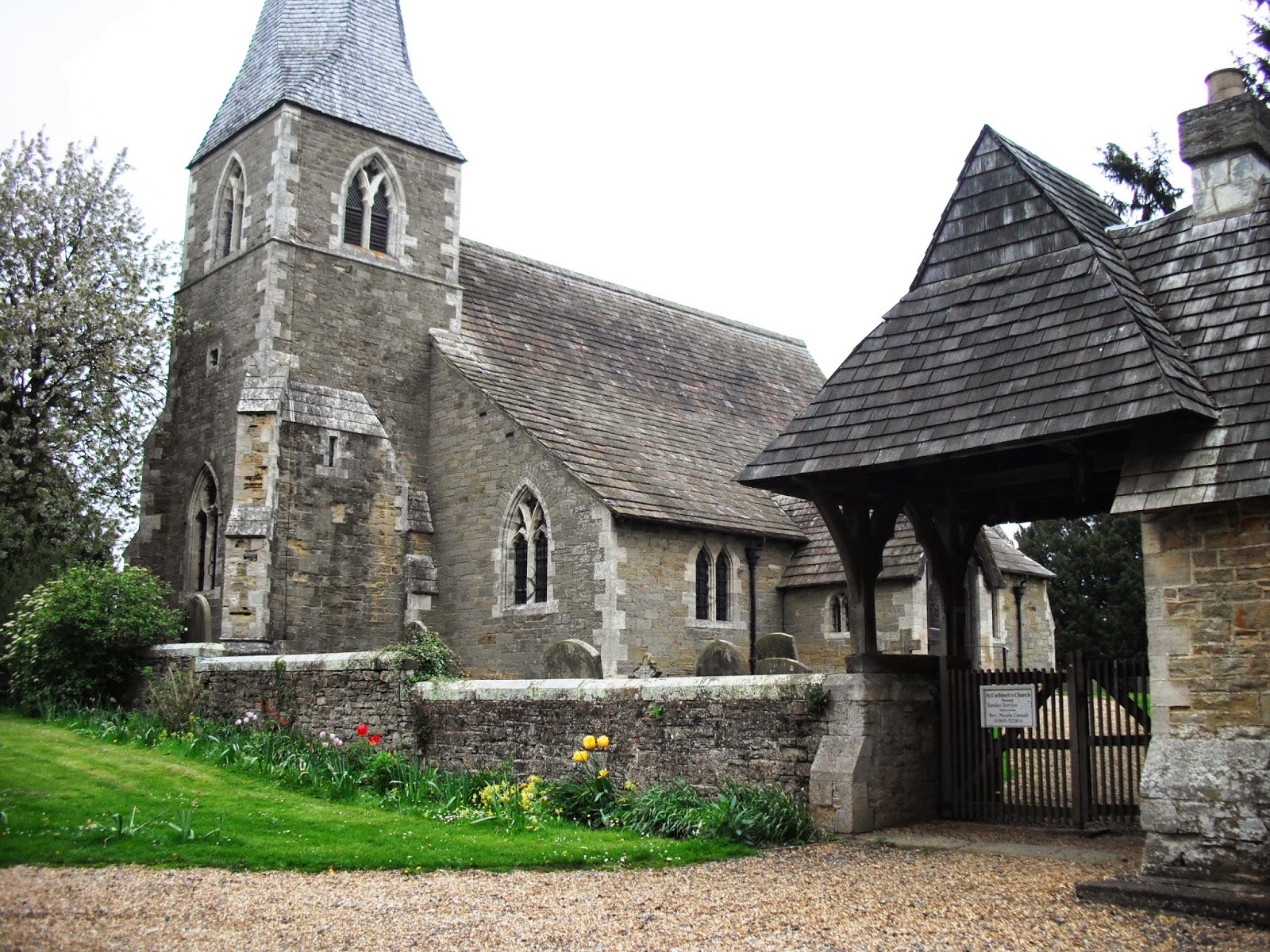 And this is the school next door. 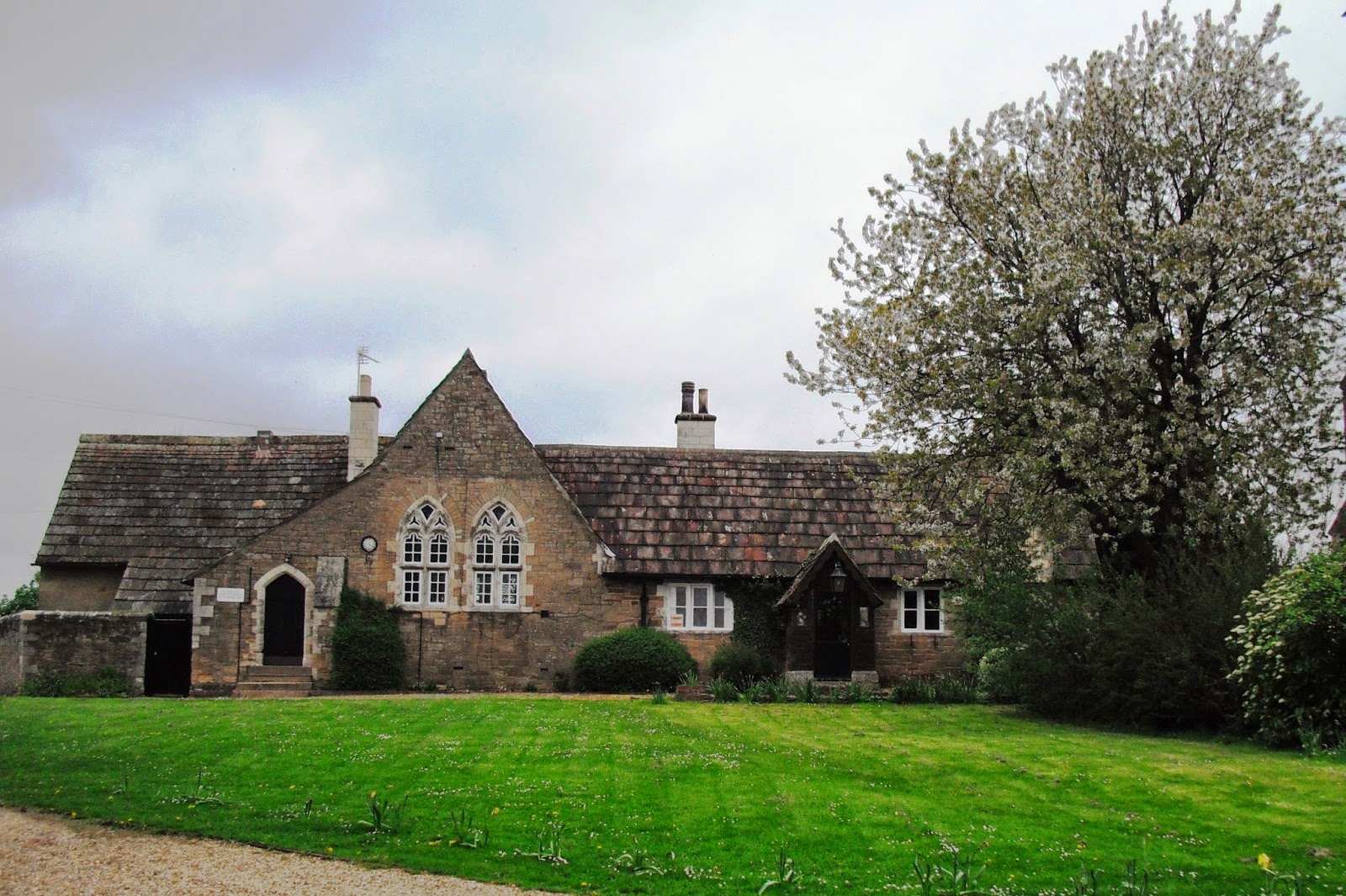 At the back of the old school building they have built this smart and modern new building. All mod cons for the kids here. Bet they love it. 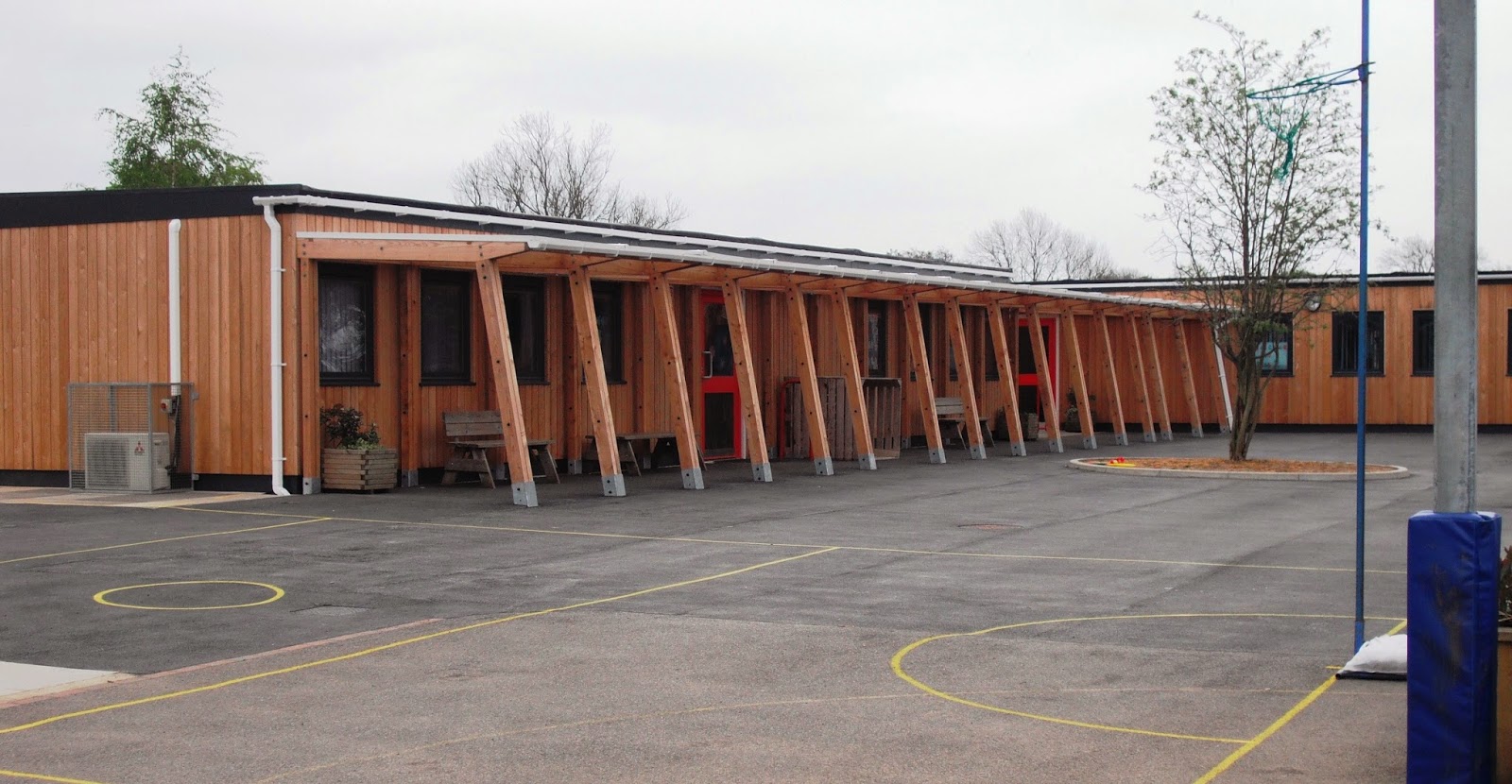 I carried on to Little Hutton and Dalton. When I got to thios pub at Topcliffe I thought, oh look Rooms £45. Trouble was it was only 3pm, too early to stop. 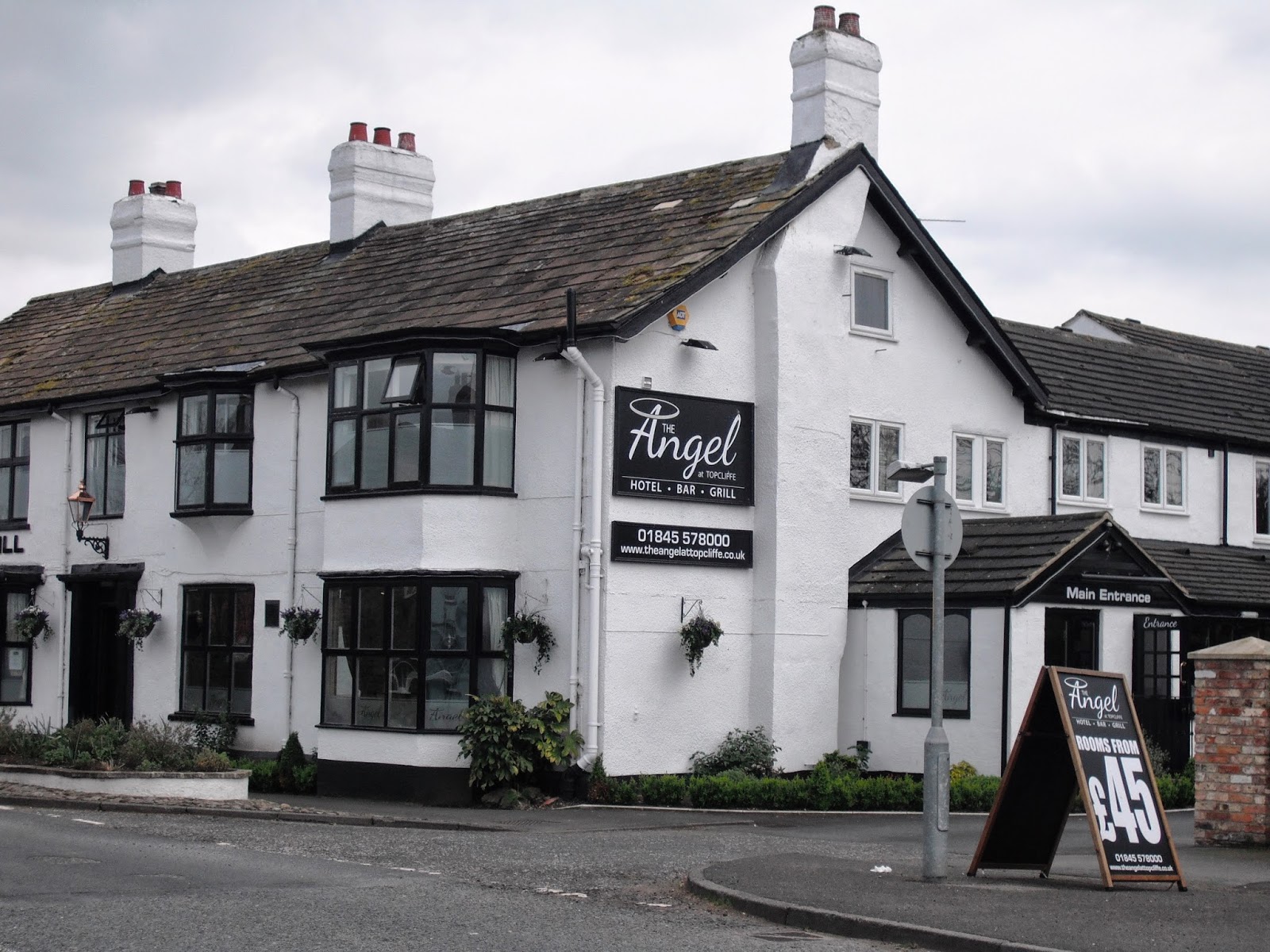 This is the weir at Topcliffe, there is an old mill next to it which has been converted to flats. 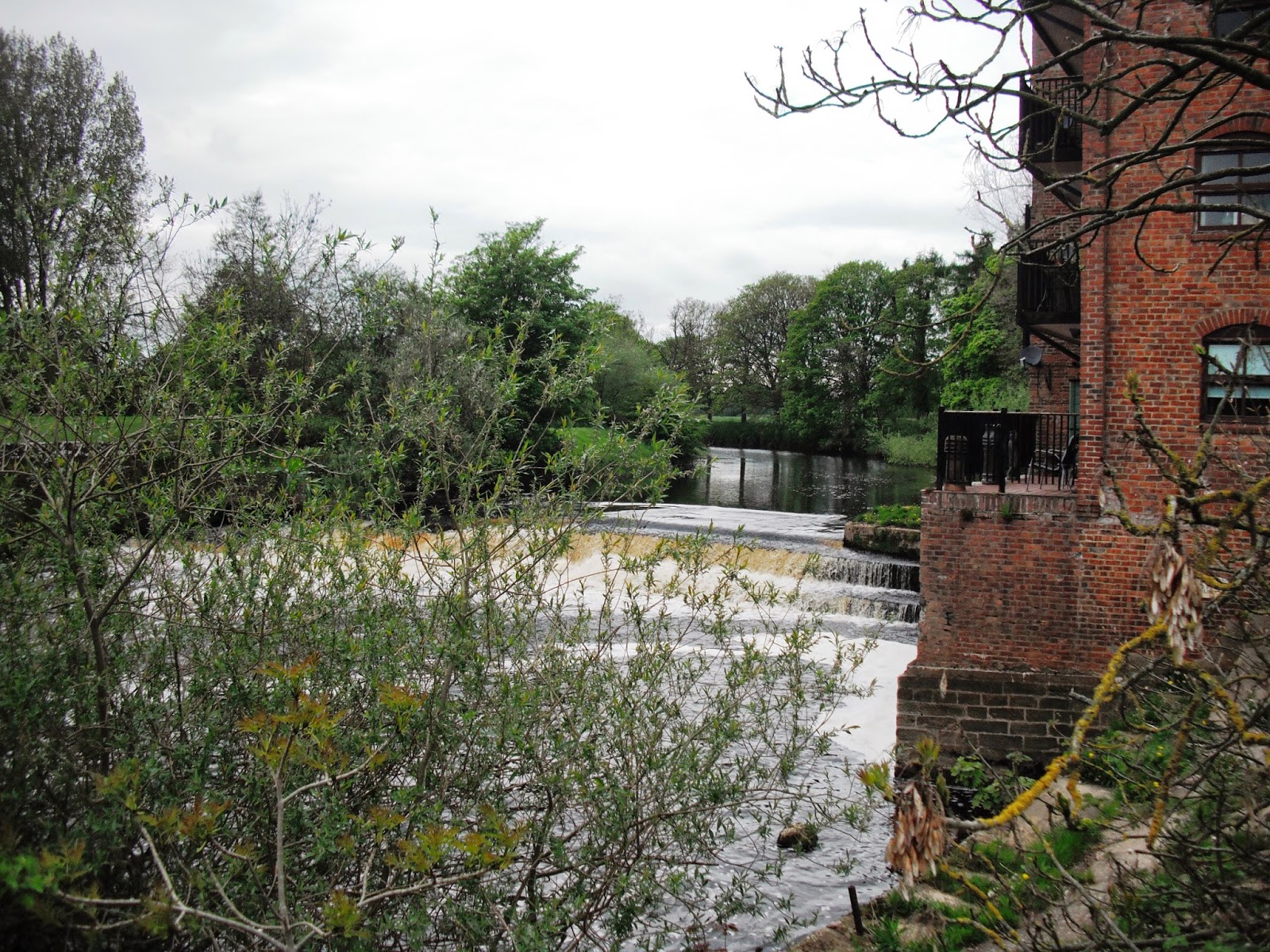 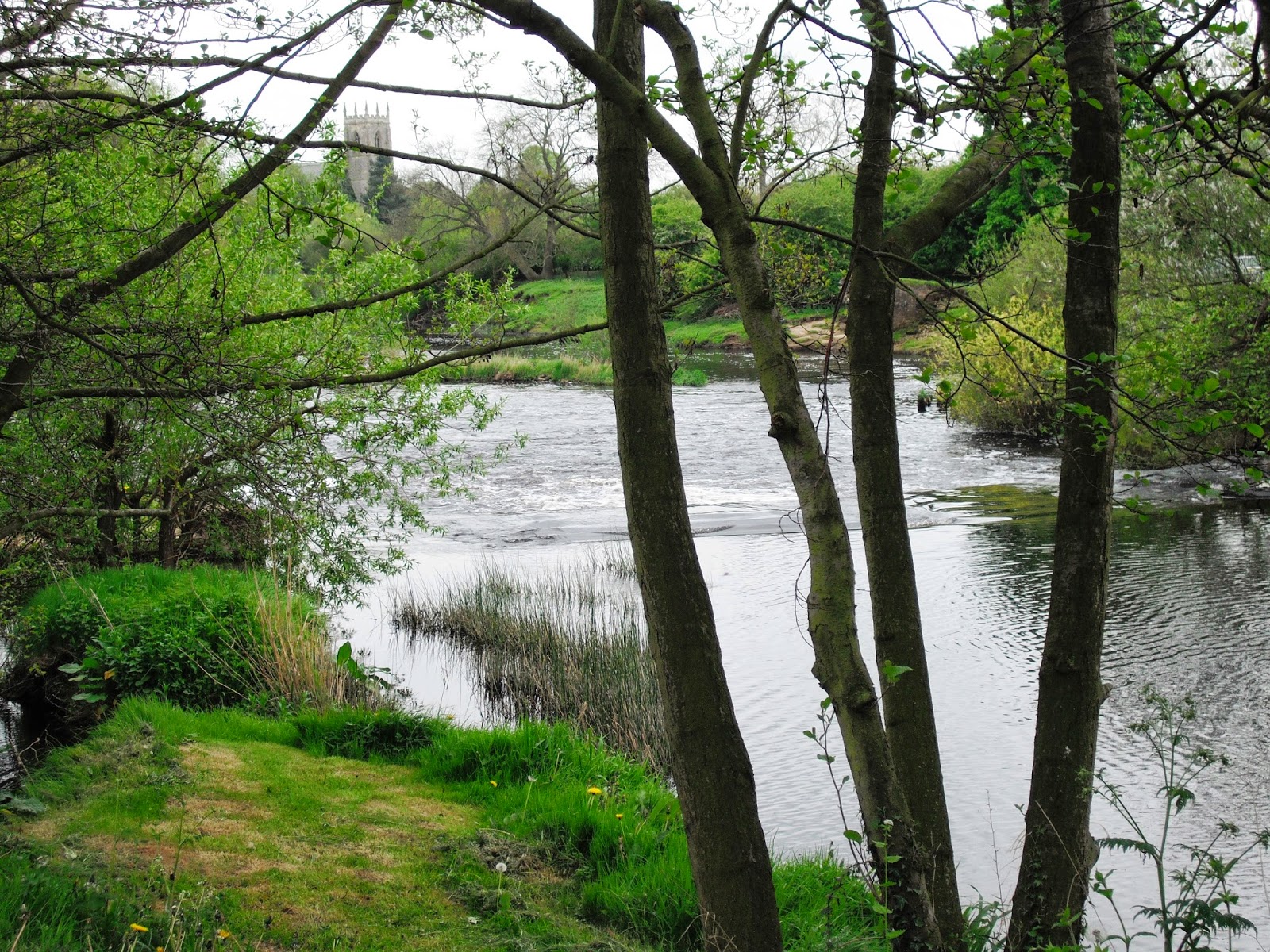 I thought this was a bit strange, I found a bird in a cage on the ground with this sign on it. I have no idea what it means. The bird didn't seem to like being in a cage as it was hopping about and trying to fly. Perhaps some of my bird watchers can shed some light on this. 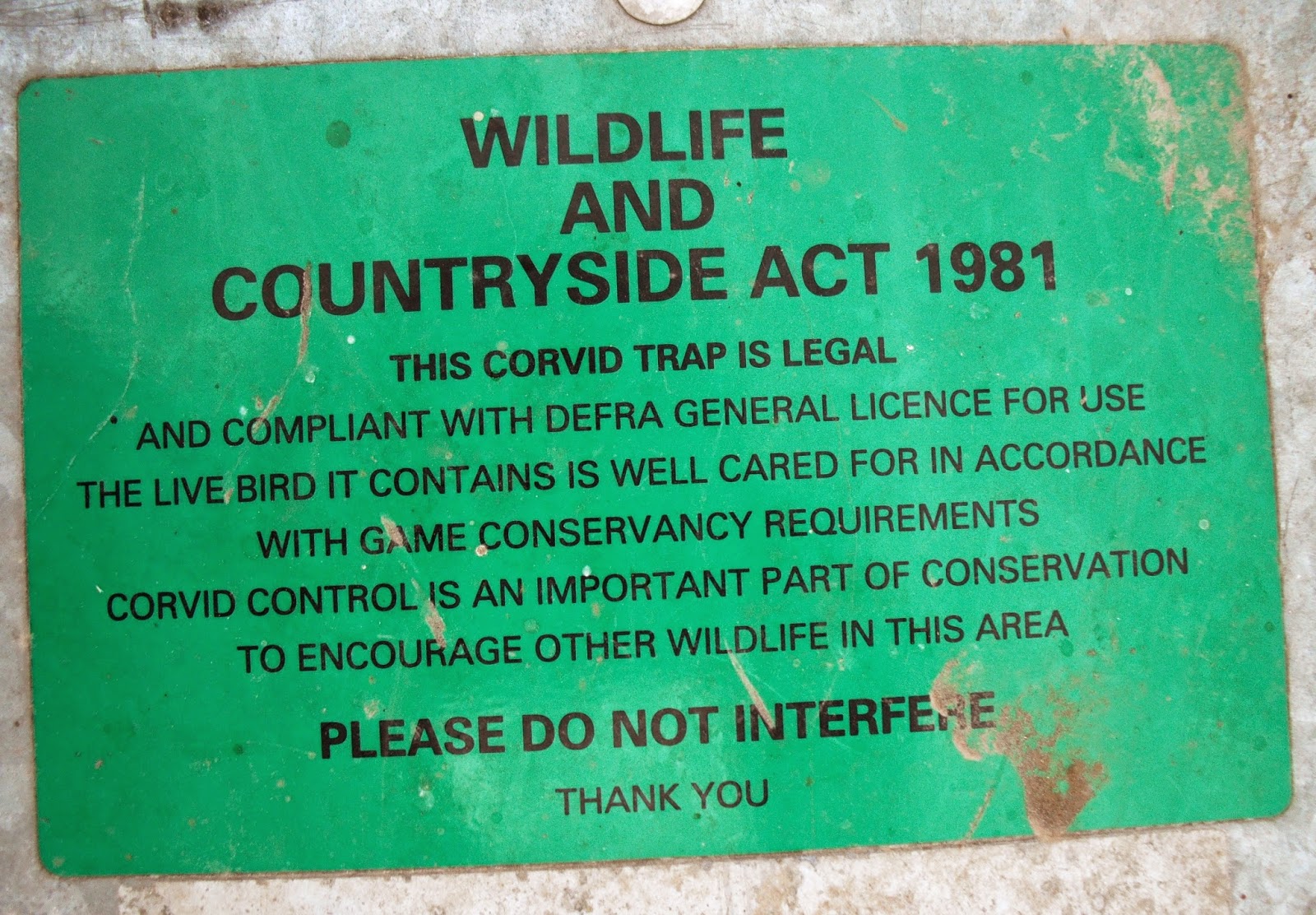 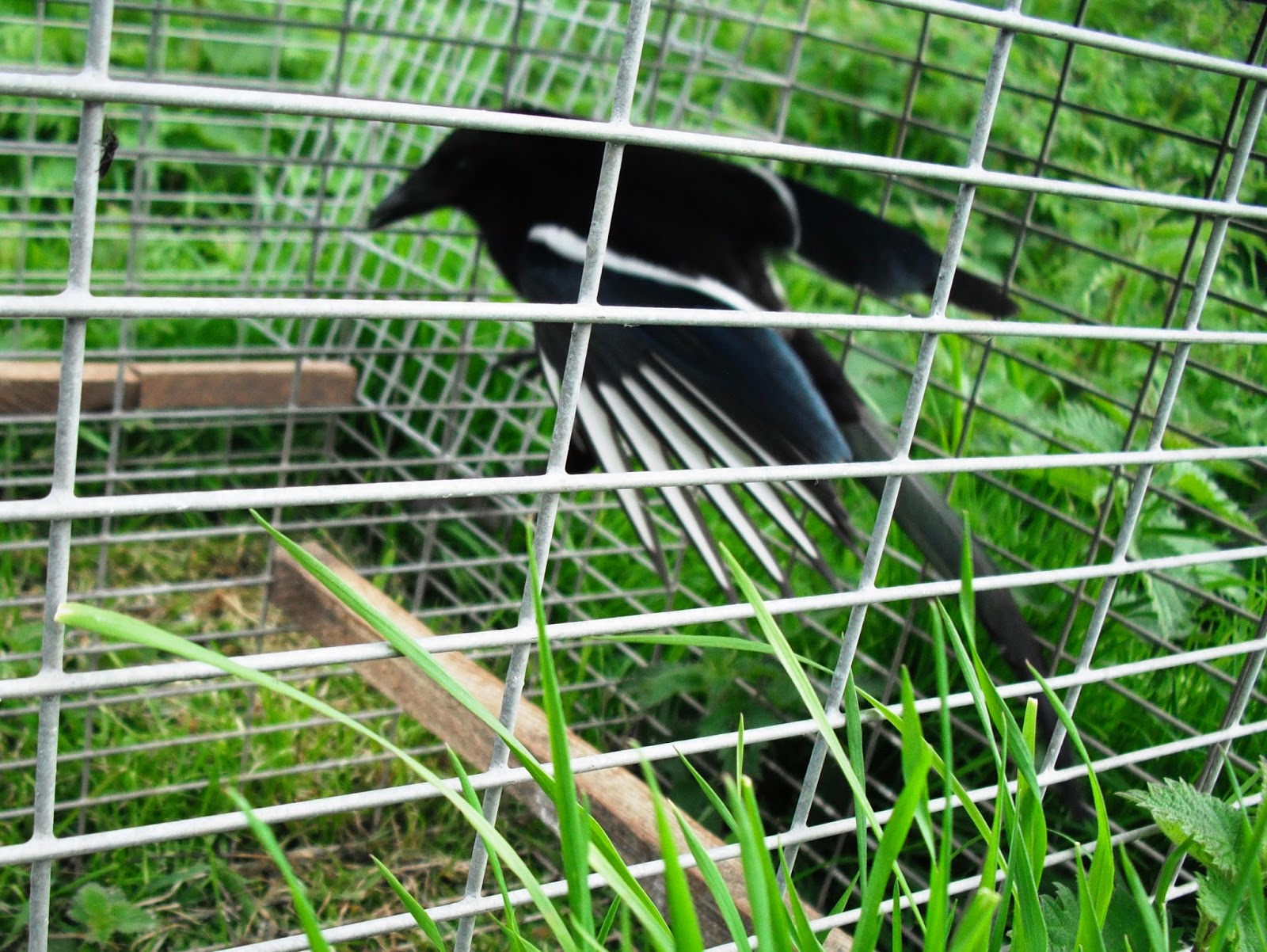 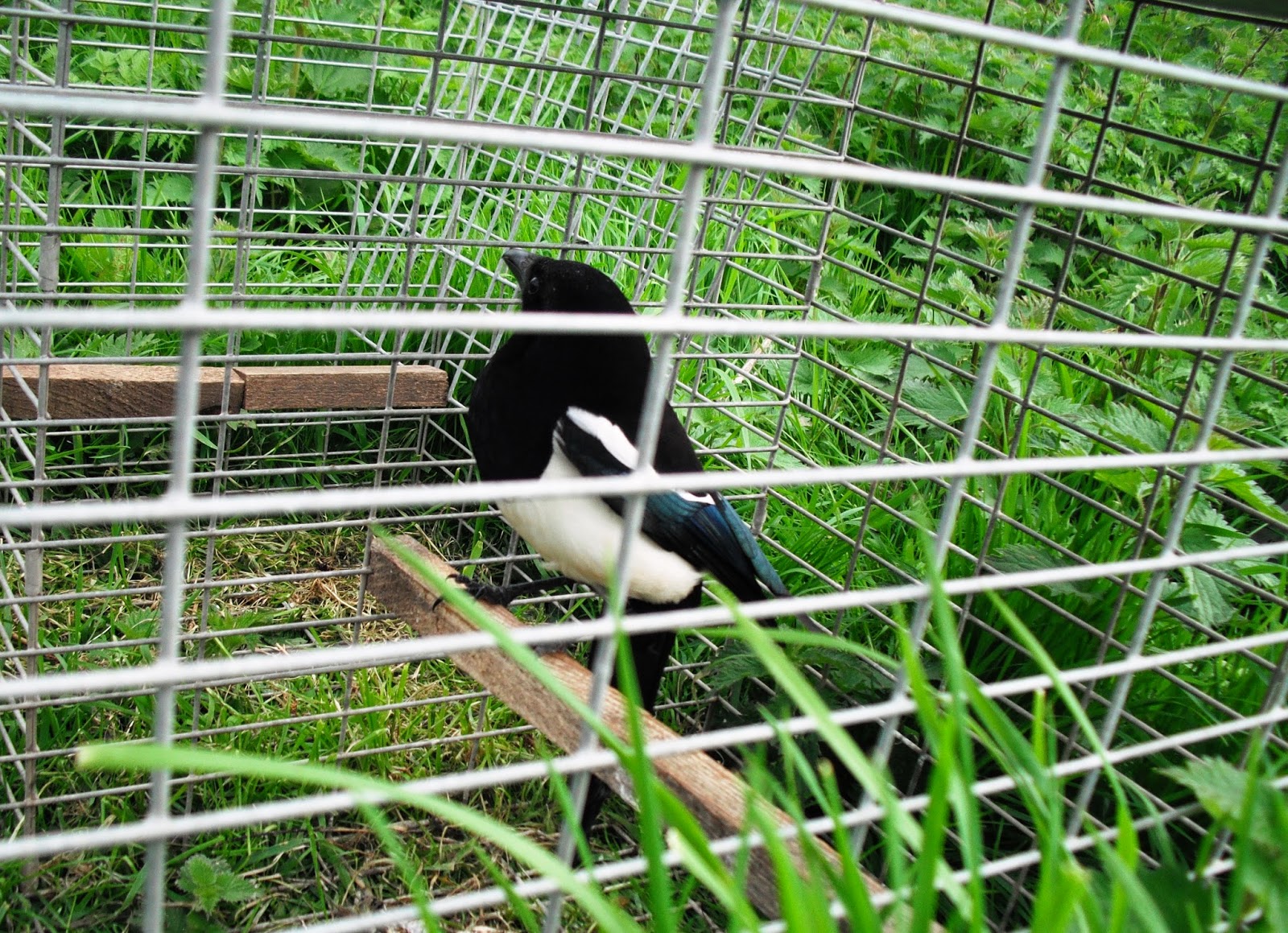 I was following a path across the fields to Catton when I came across hundreds, maybe thousands of free ranging hens. There were several large sheds but all the birds were out, lots of them dust bathing. 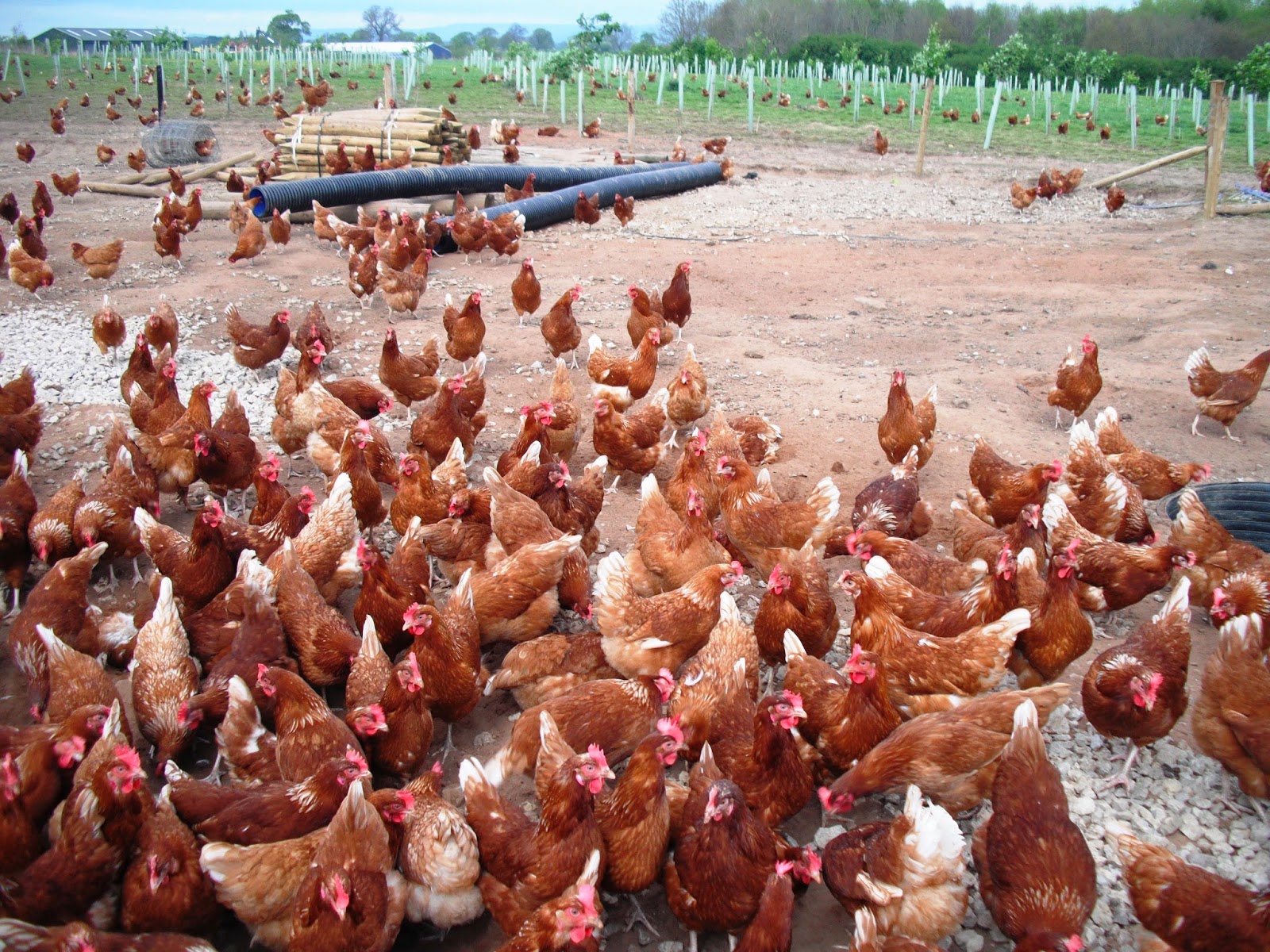 When they realised I ws watching them they all came running towards me, what a noise with all the clucking. They looked happy enough. 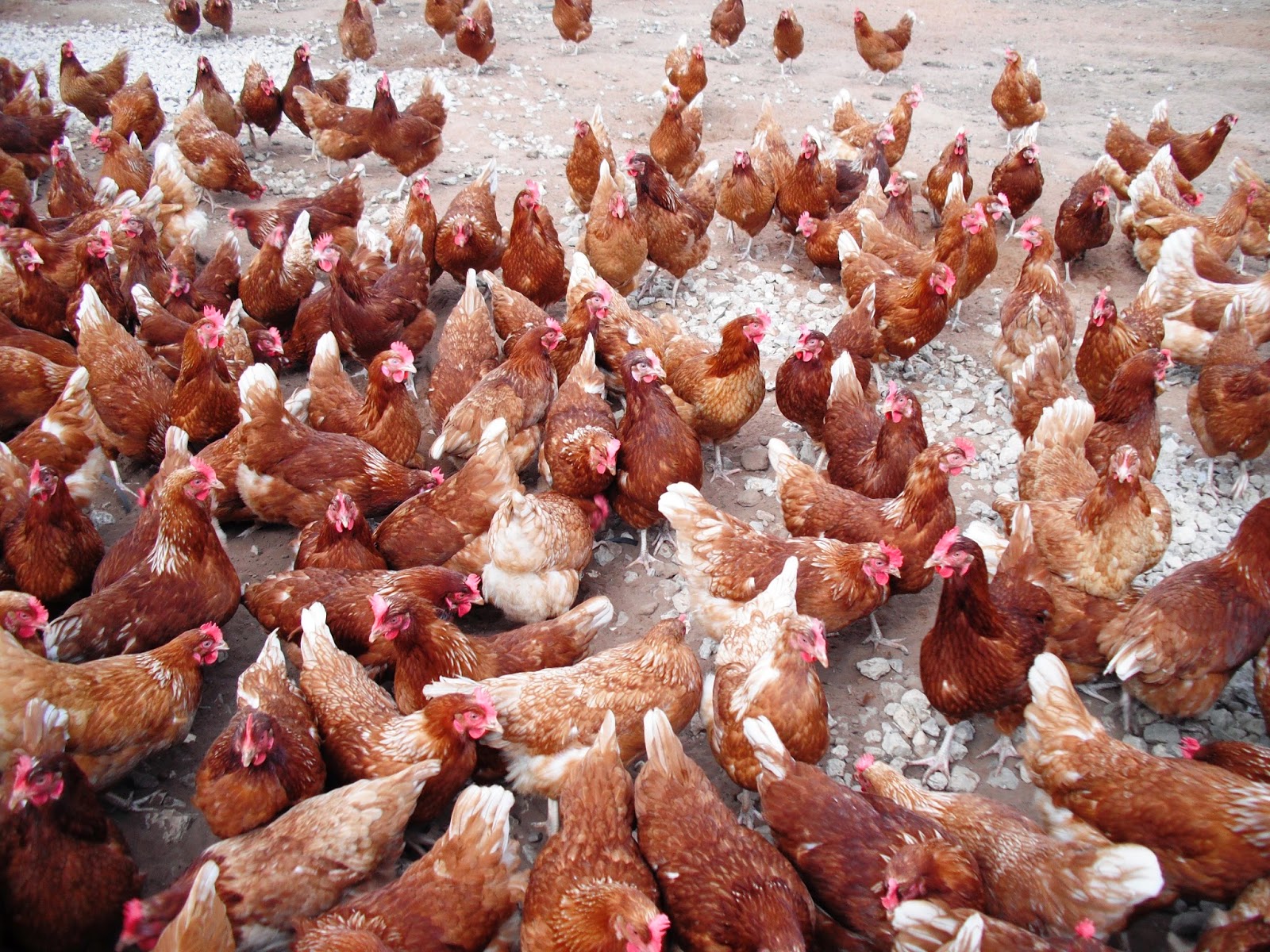 From Catton I walked along the bank of the river, and underneath this viaduct. The map tells me there used to be a railway line over here a long time ago. 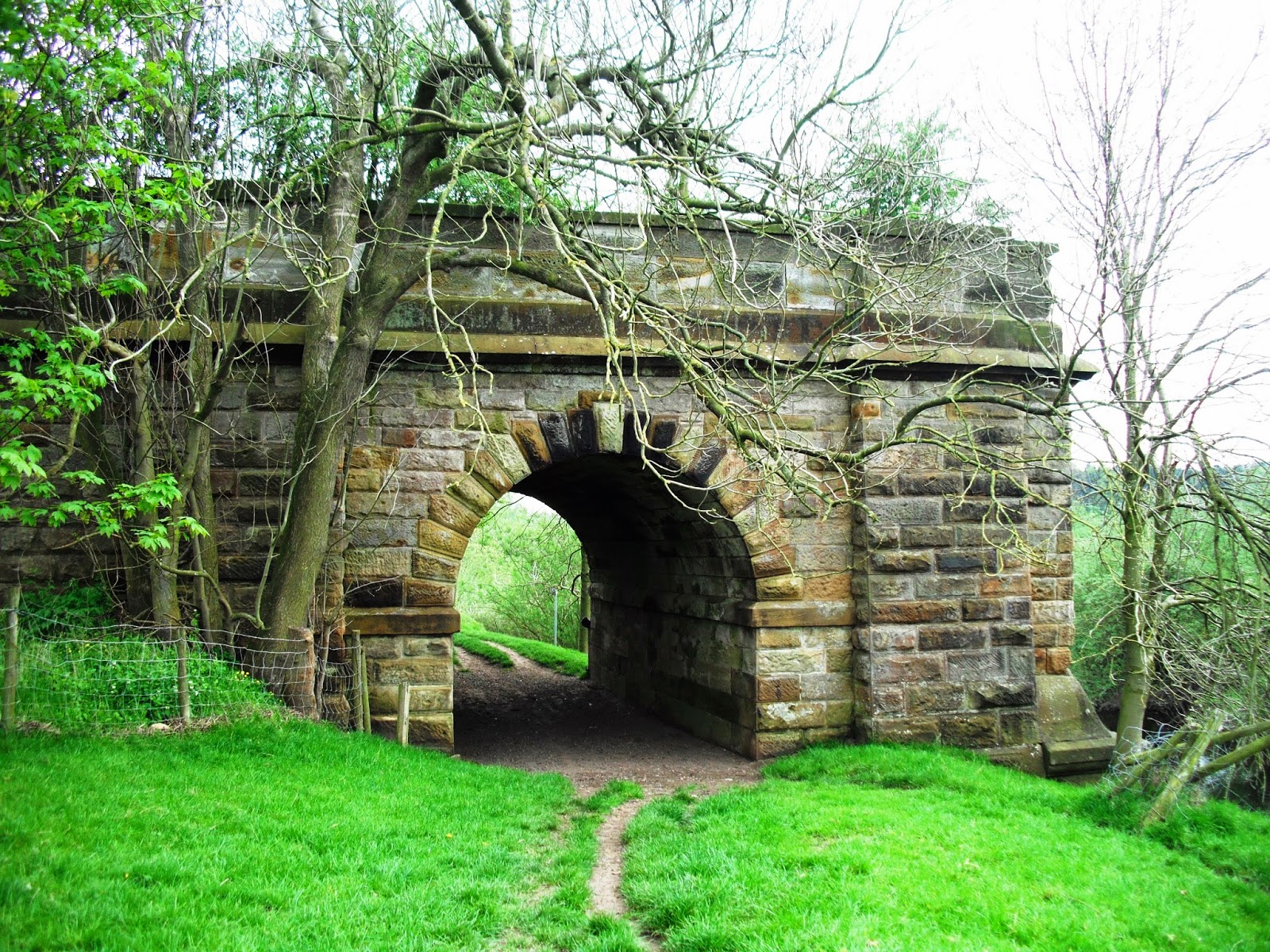 Next came a lot of road walking and I was speeding up because time was getting on and still no sign of a bed. I crossed underneath the A1M, and what used to be the old A1 which is now the A6055 and runs parallel to the new motorway, Some of the villages show a pub on the map, perhaps I may be lucky. Kirklington, pub but no beds, and the barman said he didn't know of anywhere before Bedale, and that was six miles away. I asked him how much a taxi would be to go to Bedale and back the next morning, he said expensive. Oh chuffin heck, nothing for it but to keep walking. Just as I was feeling a bit tired and fed up, I saw two pairs of eyes looking at me through floppy white fringes. This gave me a lift so it was head down and keep walking. 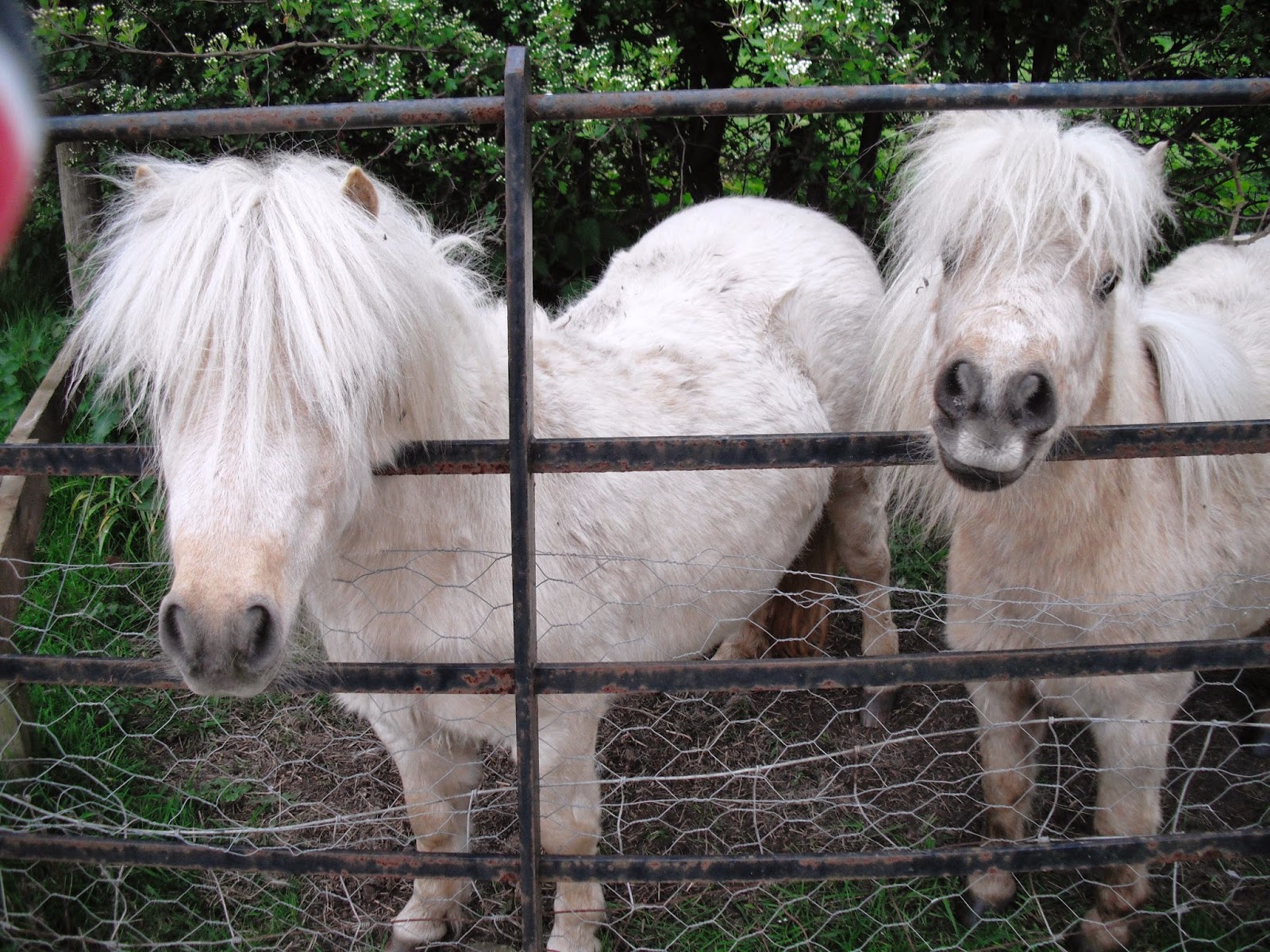 No pub at Carthope, but then I came to Burneston and had such a lovely welcome from the landlord and landlady. They did indeed have a room, and at a reasonable price. 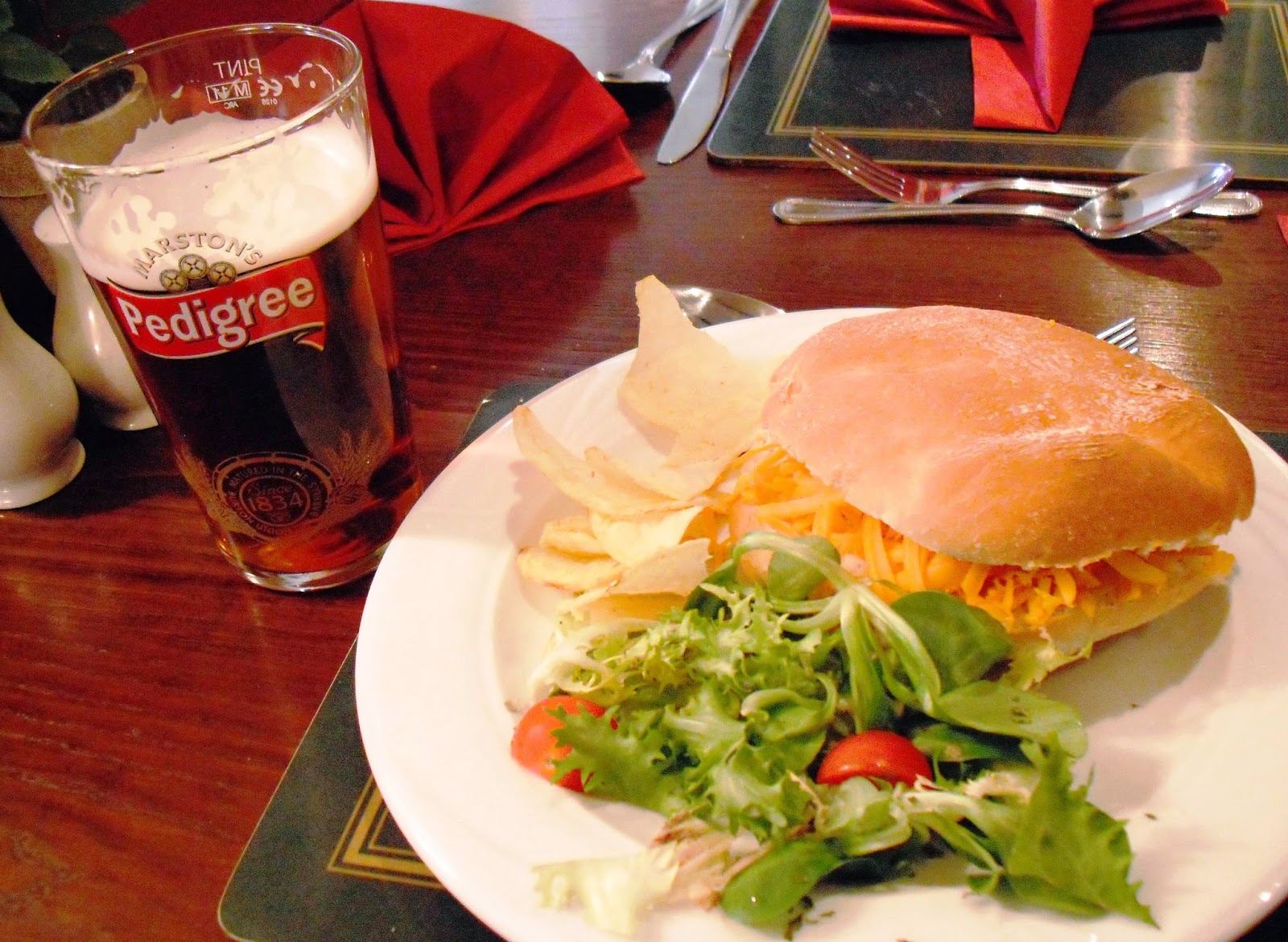 Their little doggy is so cute, the perfect pub mutt. 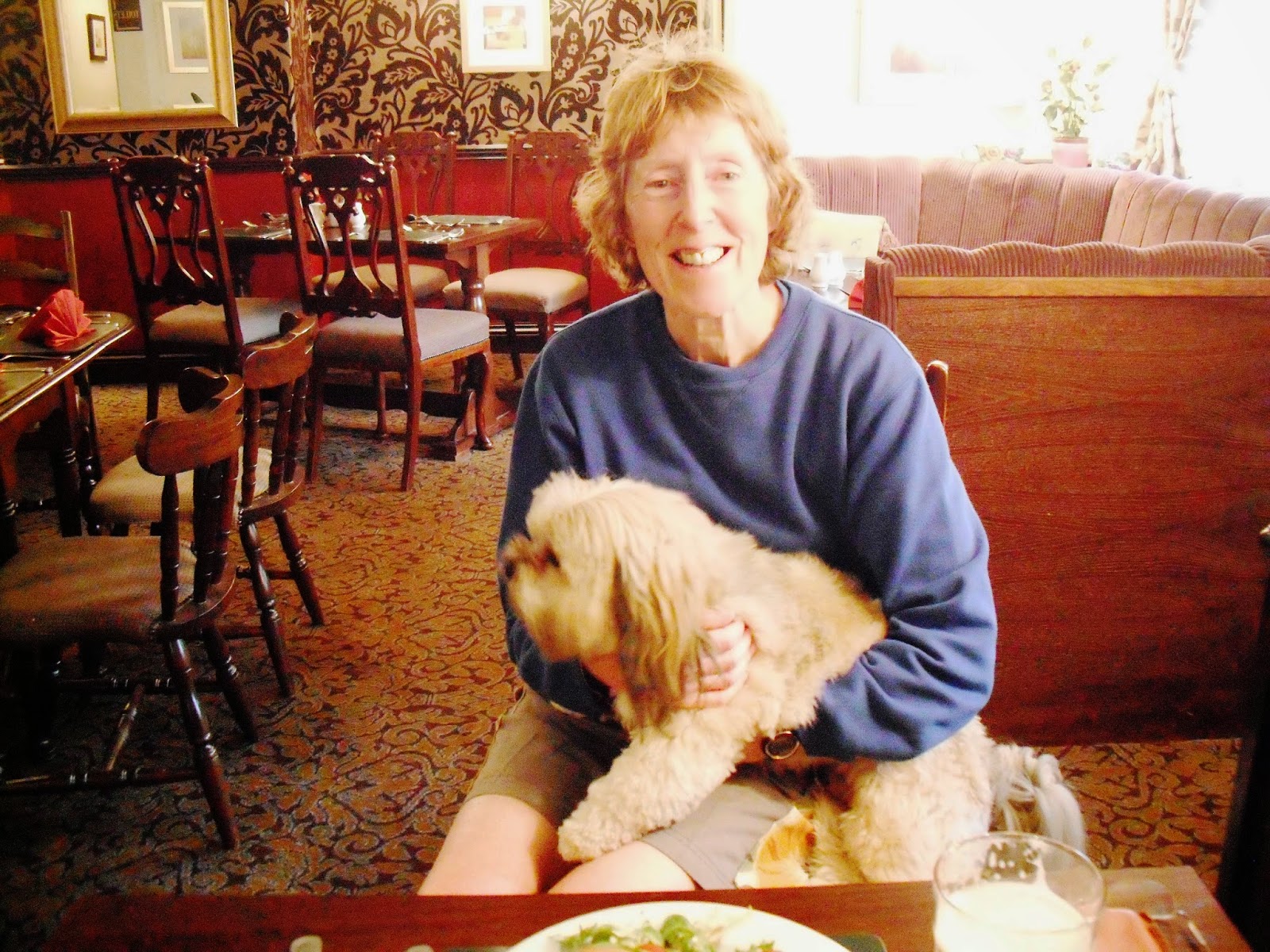 I was looking forward to getting in my room and chilling out after a bite to eat. It had been a hard days walking, just checked it at 22.26 miles. All of a sudden I felt myself start to faint, everything went fuzzy. Thankfully they realized what was happening and kept talking to me. I didn't actually pass out but I was close to it. Two lovely young First Responders arrived and proceeded to check me over and ask lots of questions. I'm happy to say that I feel perfectly alright now, and they didn't find anything wrong with me. I can only put it down to not eating enough during the day. I had a big breakfast at the hostel this morning, and nibbled on the food I bought yesterday, also sipped the fruit juice, but I didn't come across a shop where I could buy some more. I will pick some food up at Bedale tomorrow. Promise.

So that's it for tonight. Now don't you go worrying about me, I am fine. The blisters are healing, and in the morning I will be ready for another day. I will not do so much tomorrow, make it an easy day.
Toodle pip.