Don't you just love a good paddle in the mud. This was a mucky start to the walk, three ploughed fields, ha ha. Me and my walking buddies, Paul and Paul set out from the car park at the Village Hall in Binbrook , not far from Caistor in the Lincolnshire Wolds. Paul had chosen the route and when he emailed me the map I noticed that I had done a lot of it before. In fact my map of the Wolds has that many coloured lines on it from previous walks, I would struggle to find any new paths. 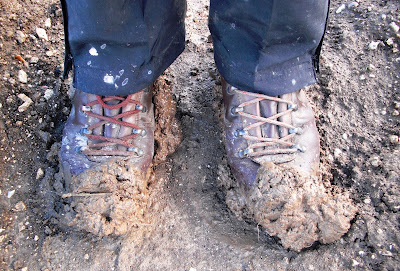 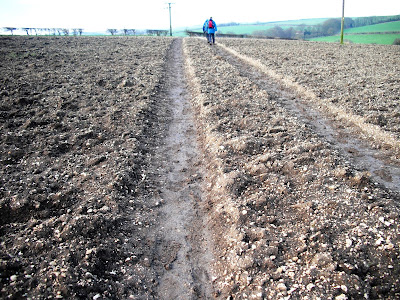 Lots of snowdrops covered the ground alongside this babbling brook. 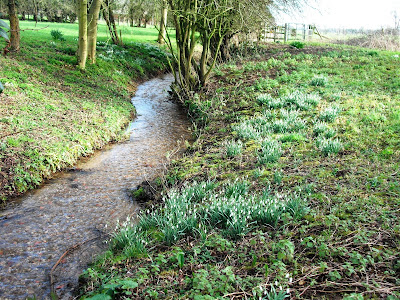 Here we are at Stainton le Dale. Time to peel off a layer or two, it's warming up. There is another photo of this scene on the blog somewhere, I passed this way before. 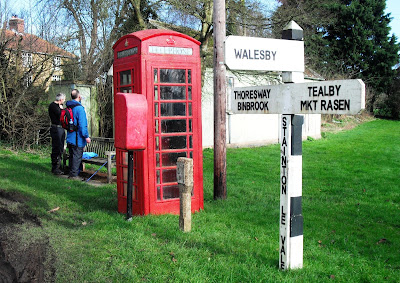 We came down a long track and passed through a sprawling farm with lots of out buildings. It was eerily  quiet, there seemed to be no one about and all the doors were secured with large pieces of timber nailed across them. I looked back and saw a big sign on one of the buildings, All enquiries to ........ Looks like it is for sale. After some digging on the www I have found some details. The Manor House at Kirmond le Mire was on the market, in August 2013 but was withdrawn. I've also found it on a blog called Wreck of the Week. And if you want to take a look around a spooky old house, someone has posted a video of it on yoootooob. 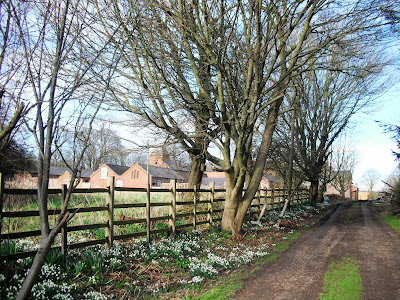 A bit further along we came to some fishing ponds. 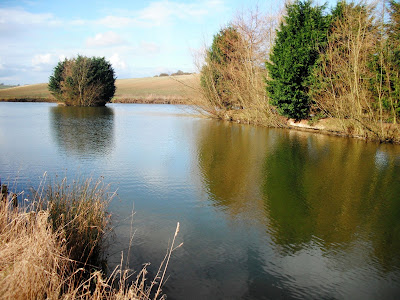 By this time we were looking for somewhere to sit down for lunch, and came across a large house at Thorpe le Vale, with some outbuildings. This one was obviously occupied, there were parked cars outside. Quite a lot of these grinding stones were propped up against the wall of the driveway. 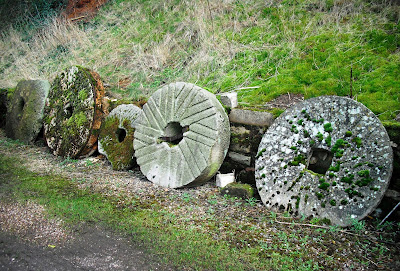 Paul tried to pump some water but there was none. 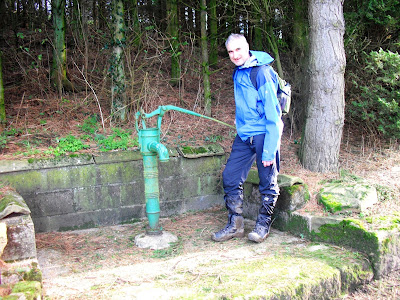 Plastic birds nesting in the centre of the wheel. 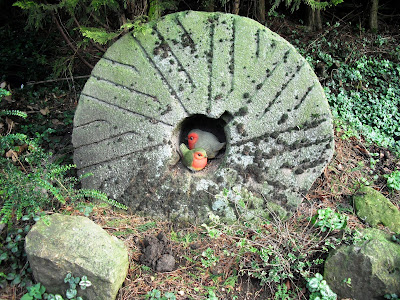 This is the front of the house, the garden is terraced with a variety of bushes and shrubs to add interest to the stark white paintwork. 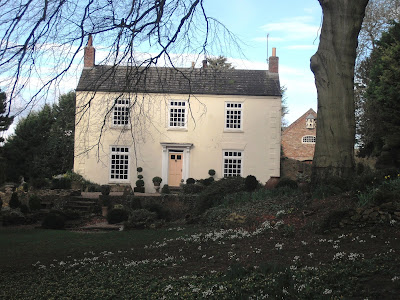 Walking down the driveway away from the house we found some large tree trunks lying on their side, just the job for a sit down and eat our lunch, break.

A little bit of road walking, and more bridleway walking, brought us back to Binbrook. One last photo, of me and Paul, with the church behind us. 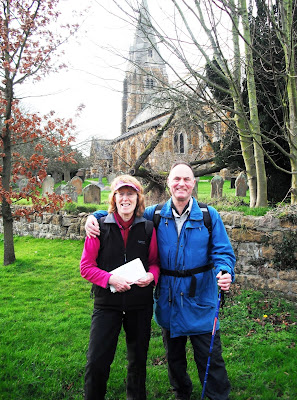 It was a smashing day. The weather was fine, hardly any wind, and ok to walk without a jacket. We did ten miles, and was back home just before 5pm. That's taken my walking miles up to 128 since Jan 1st. There are some people who have done more than that. keep it up ladies and gents, no slacking.

A bit of news for tomorrow morning. I am due to be on Chanel 5 The Saturday Show. Not sure what time it will be on, but we are going to link up on Skype at 9am to record a chat with Matt. Think I had better have a tidy up and put my best clothes on, maybe a nice frock, ha ha.

Thanks for popping in. Catch up tomorrow. Toodle pip.
Posted by Meanqueen at 20:51