A walk in North Yorkshire with my buddies

Hello. I've had a day out today, with my walking buddies, Paul and Paul. I was designated as the driver, because the plan was to call in a pub on the way home, the two boys like a drink, and I'm not bothered. A 7am start was planned, and although I was up early enough I tried to cram too much in the time I had allowed for getting myself ready. A misjudgment on my part, maybe it was the hair washing that made me a bit late. It's hard to get ready on time when I have three kids to think of, ha ha.
We went over the bridge into North Yorkshire. Past Beverley and Malton, to Welburn, a small village just off the A64. A parking spot was found next to the church. Paul was leading the way so we set off across the fields. 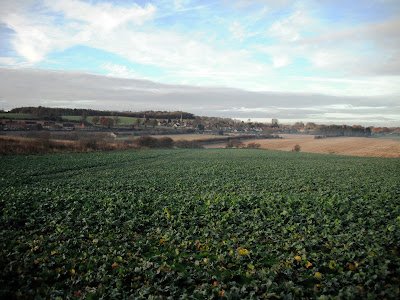 Here we are going into pretty Wood, it's not far from Castle Howard. 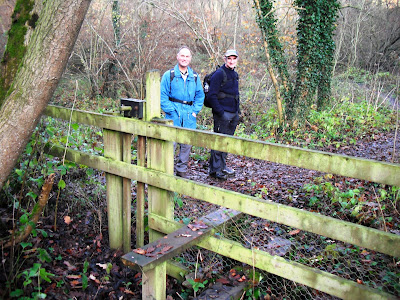 In the middle of the wood is this monument, The Four Faces. 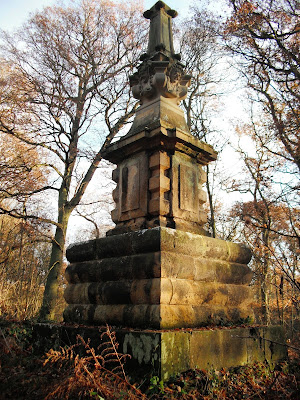 Over there is the Mausoleum, we are now on the Castle Howard estate. 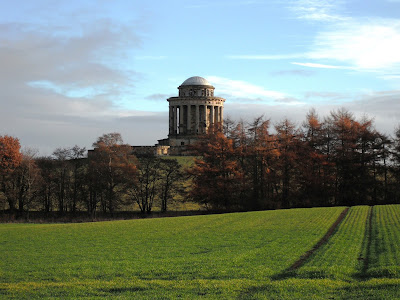 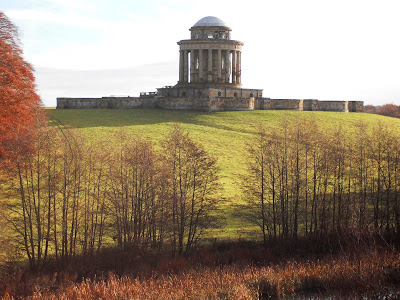 This is the closest we got to Castle Howard, the walk took us around the outer perimeter of the grounds. 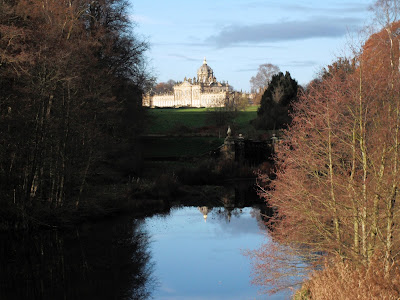 This is the Temple of the Four Winds. We were lucky with the weather, it was gloriously sunny. 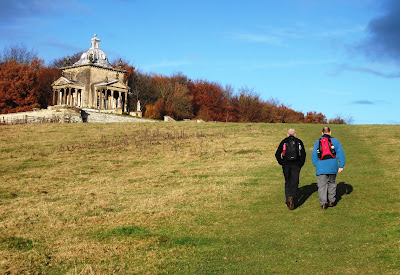 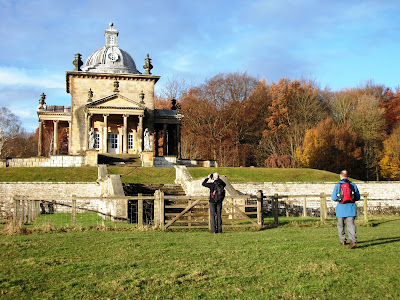 The Centenary Way footpath took us into the village of Coneysthorpe. 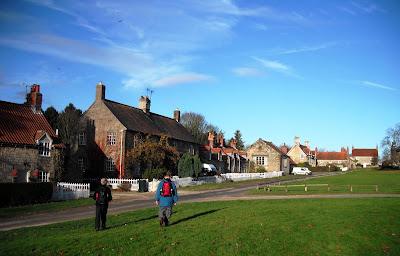 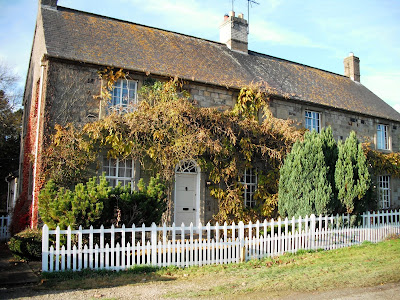 The path took us through Coneysthorpe bank wood. 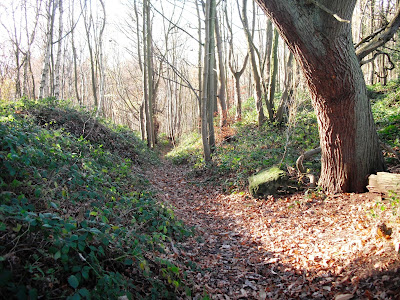 Looks like this dead tree has been struck by lightening.. 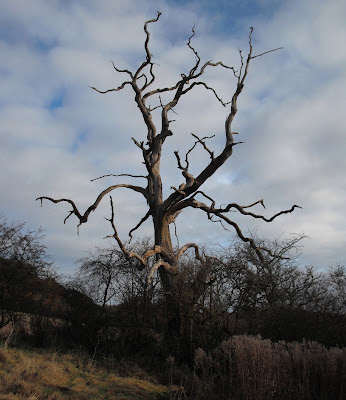 Time for a quick pose. 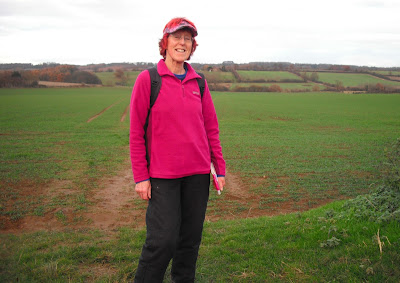 We did a circular route of 11 miles, and got back to the car before it started to get dark. I have found this web site with more photo's of the area we were walking in, there are some smashing photo's on it.

Paul had a pub stop in mind at Goodmanham, just outside Market Weighton. The first photo I took without the flash, this shows how dark and cozy it was. Candles on the tables, log fires, it had a real homely feeling about it. 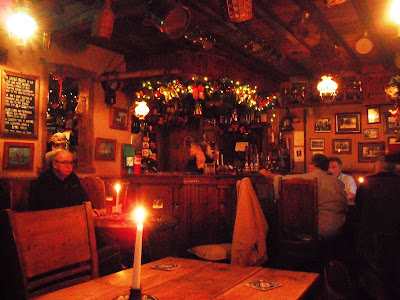 The rest of the photo's I put the flash on so you can see all the nicknacks lining shelves and hanging on the walls. It was very olde worlde, and had a good atmosphere. 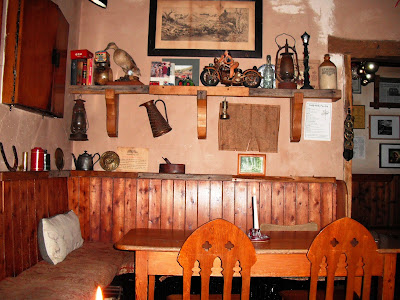 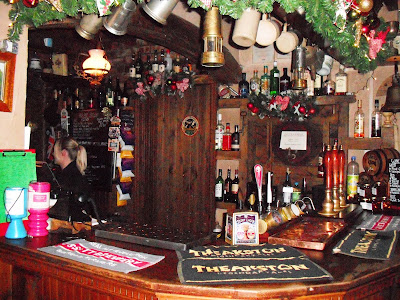 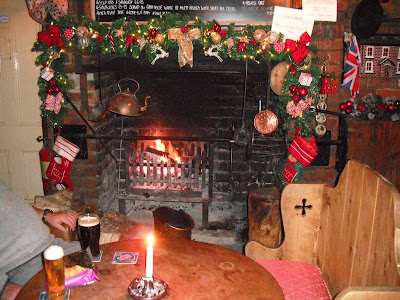 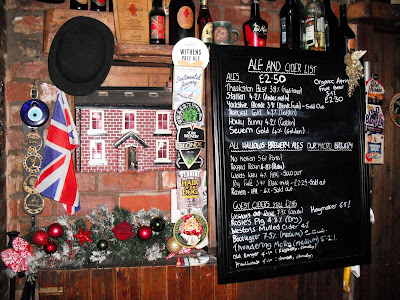 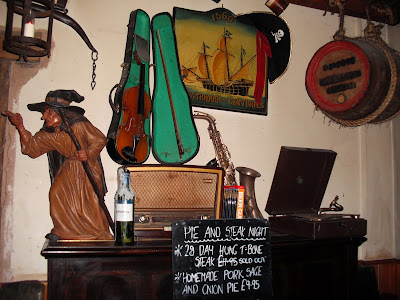 We hit a massive traffic jam on the way back, queuing on the A63 going towards Hull, for the turn off for the Humber Bridge. Not sure what caused that.

I've been to the Village Hall tonight to help set up the tables for tomorrow. It's been a busy day, and I am pooped, so I'll love you and leave you and say Goodnight.
Toodle pip.
Posted by Meanqueen at 23:47