Hello and good morning. I enjoyed my visit to the Hull City of Culture light show yesterday. Even with a huge hoody parka jacket on it was bloomin cold. I drove to the next village where I caught the bus, easiest way to get there, no looking for car parks and no Humber Bridge toll to pay. There seemed to be more passengers than normal, so the journey took a bit longer with all the stopping and starting. Everyone had the same idea, lots of people from the South Bank, using their bus passes to have a free couple of hours entertainment.
At the bus station there were volunteers in their distinctive blue uniforms to hand out leaflets with maps, showing where all the attractions were. I set off crossing the busy Ferensway and went down Jameson Street to Queen Victoria Square. This is where the big light shows take place. I was too early as it was still light, so I carried on down Whitefriargate. There were a few shop windows to look at which had been filled with relics from the past, a trip down memory lane.
Along the route I came across some people left over from the Sea of Hull a blue art instillation which was photographed last year. You may remember I wrote about hundreds of volunteers who had stripped off and were painted blue. 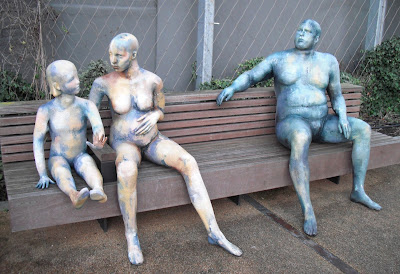 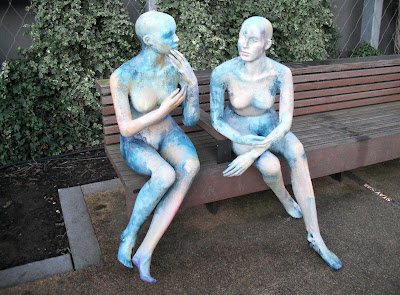 Along the way I walked across the new Footbridge. I quite liked this cloud formation which reflected a red sun going down. 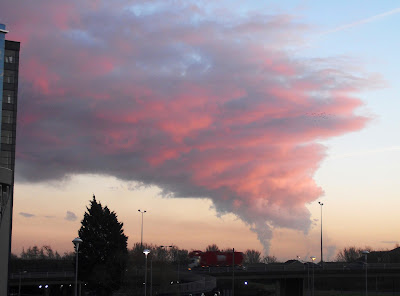 Arriving at The Deep I was lucky enough to get a shot of this amazing sky just as the sun was dropping down below the horizon. 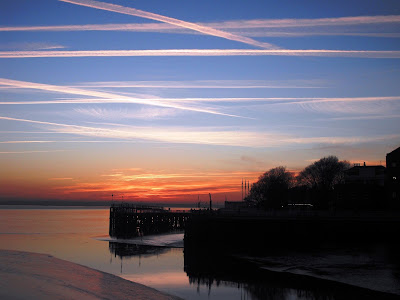 Opposite The Deep was a building loaded up with a bank of high powered projectors waiting for the sky to darken enough to allow the show to begin. All around were Lots of speakers which would tell the story of how people from all over the world  made the journey to Hull. 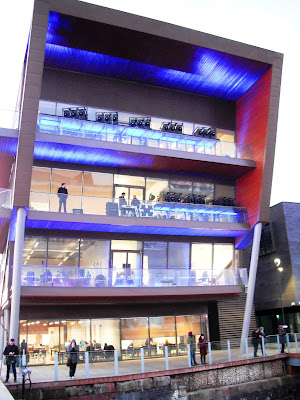 This is The Deep, my picture from a previous visit. It's one of Britain's biggest aquariums. As you can see a perfect canvas for a light show. At the top of the pointy bit were spotlights reaching up into the dark sky. 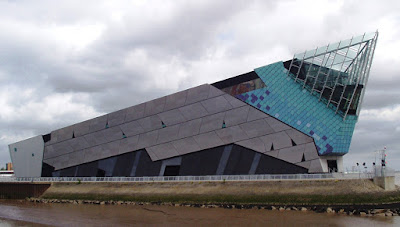 I took lots of snaps, but discarded a lot of them. Here are a few of the best. 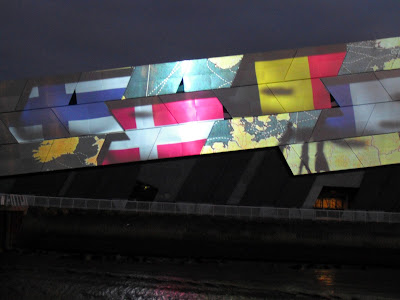 The story starts in 1800 and goes through to the present day, depicting who came to Hull, how they arrived here, and where they came from. It was fascinating. It was on a loop, I watched it twice. It's a shame that the tide was out and there wasn't very much water in the channel below. The reflections would have been a whole lot better. 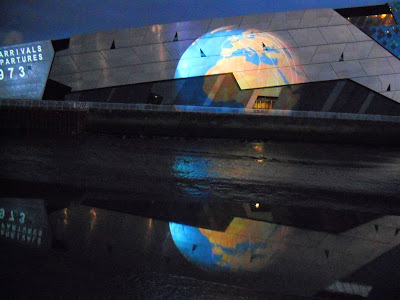 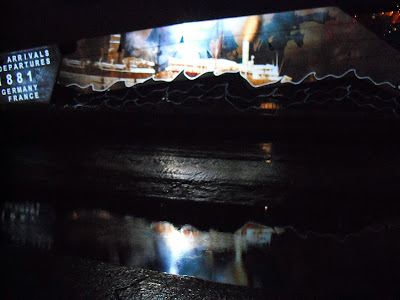 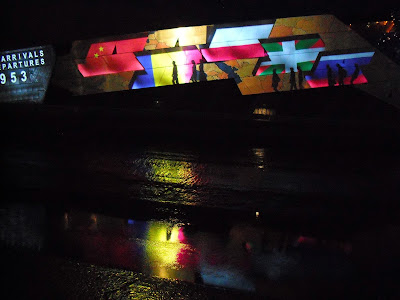 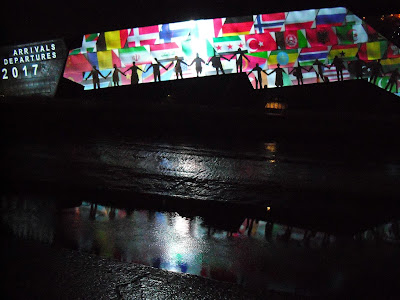 I looked to the side and got this pic of the tidal barrier. Love the light reflections in the deep mud. 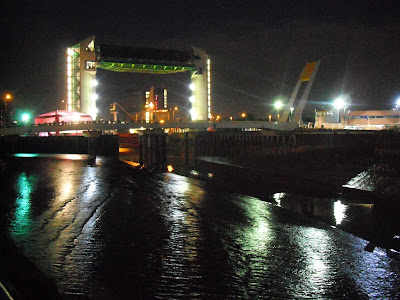 Now to cheat. Adam Reeve has done a very good video, it's on yooooyooob. It's 13 minutes long, with sound, well worth a look, and the tide is in.

There are too many photo's for one post, so I'll put more on tomorrow. Thanks for popping in, we'll catch up soon.
Toodle pip.
Posted by Meanqueen at 11:53