Arts and crafts on the cheap

That was soon finished, an experimental small weave on a home made loom. Arts and crafts don't have to cost an arm and a leg, most of the materials can be found free or for a few pennies.
So what have I learnt. Not a good idea to use string for the warp, unless you are going to do some of the weaving with string. It would look better with wool wrapped around that pencil.
I made two rows of nails at each end of the loom, as per the instructions on the video. That's fine if you want a tighter weave but the loops at the top are two different lengths, so a bit loose on the pencil. The next loom I make will be bigger, and a single row of nails at each end. 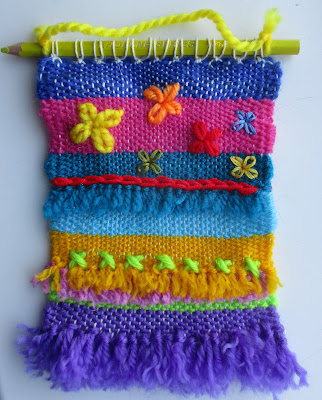 I like the idea of stitching into the weave to add that little bit extra detail. 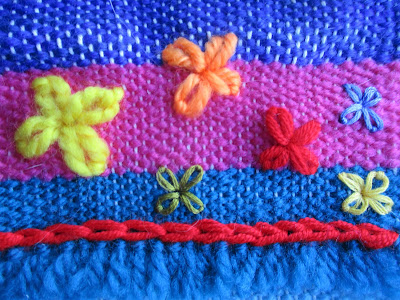 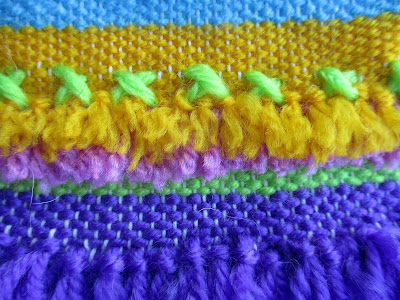 The weave itself is 4 and a quarter inches wide, and 5 and a half long. It was a bit messy at the bottom when I removed it from the loom and tied off the string loops, so I added a fringe with a crochet hook to disguise it and fluffed it up with a needle. 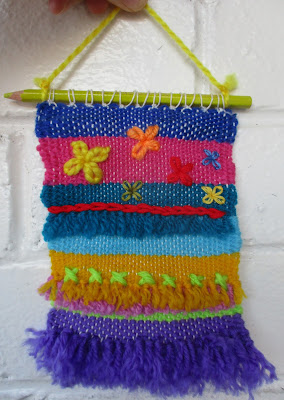 I like it, it's cute. I'll make a bigger one next time. The possibilities are endless with the different materials that could be used. 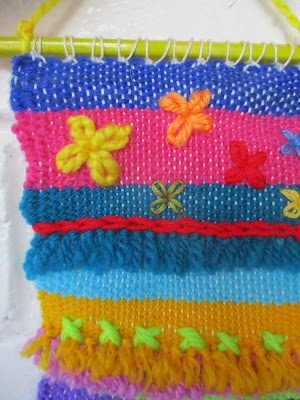 Here's another little experiment I have been playing with. What can you do with the foil lid on a tub of Coffee Mate. I have saved some of these in the hope I will come up with an idea. 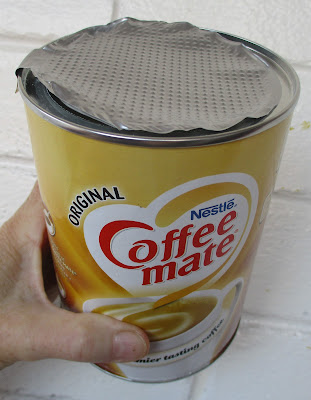 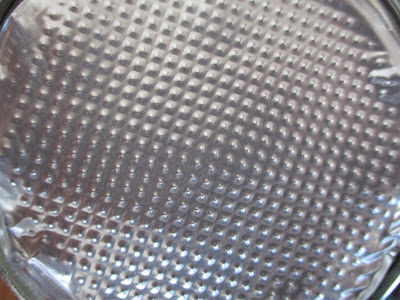 Why not embroider a simple design on it. 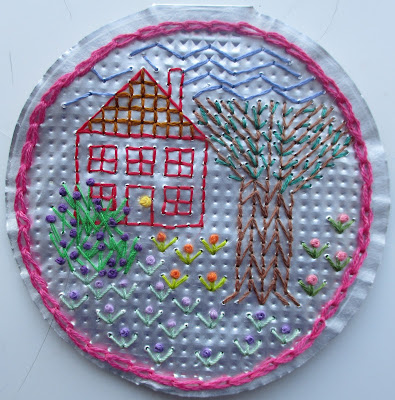 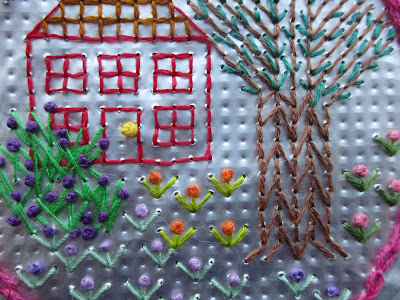 I think it looks pretty nifty, now all I have to do is think what to do with it.

I've done my walk today, 9 till 10, my friend came with me. I have a load of washing out on the line, it's warm and sunny outside and I have opened up the summer house so I think I will be spending some time out there today. Toodle pip.  ilona.