A short walk on the first day of camping in derbyshire

Hello. I've sorted some photo's out from my camping trip. Here's a short video of how my second day started.
After putting the tent up and having a bite to eat on the first day it was time to go and do some exploring. I walked out of the site and turned left on the road, there is a footpath just up there on the right. Yes, found the sign. There was a gate but no stile so it was a matter of climbing over the gate. It was chained up, no chance to open it.
The path wasn't that obvious, it climbed steadily up through trees heading towards Ivonbrook Quarry. A bit further along I came to this gate, it has a stile to the right, step onto the crumbling brick wall and squeeze through the gap. Not many people have been this way, I thought. looks like a battle through the brambles. 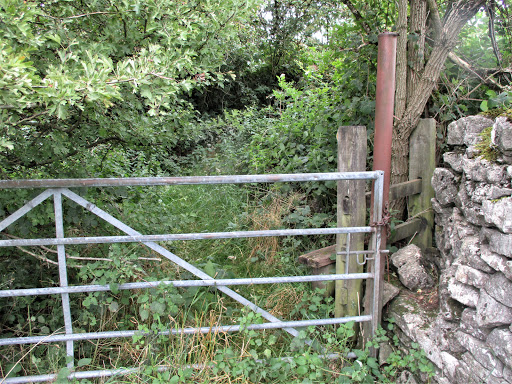 Once I fought my way through, good job I had trousers on, the path opened out to skirt around the top of the quarry. Some of the next part was guesswork, missing or damaged signposts, didn't help matters. Now which way is that finger post pointing. Some dry stone walling skills are needed here to put things right. 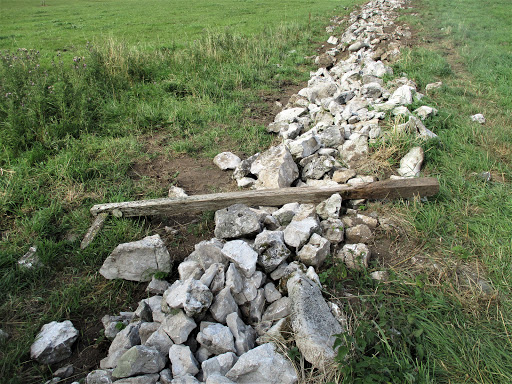 Eventually I got back on the right track, and walked along Stunstead Lane heading towards Elton. It was a wide dirt track used by farm vehicles to gain access to all the fields. Lots of cows for company as I walked along. I went past Sacheveral Farm and stopped at the road end to check where I was going to go next. Time was getting on by this time, and I couldn't see an easy route back, so I turned around and went back the same way. I don't like doing that, but it was as windy as heck and I wanted to eat.
It was a short four mile walk, a taster of what's to come. Back at the ranch, it was noodles and a veggie role for me. 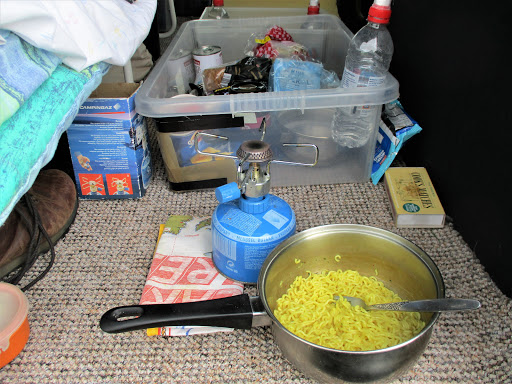 My private corner of the campsite, it's very windy. My roots need colouring. 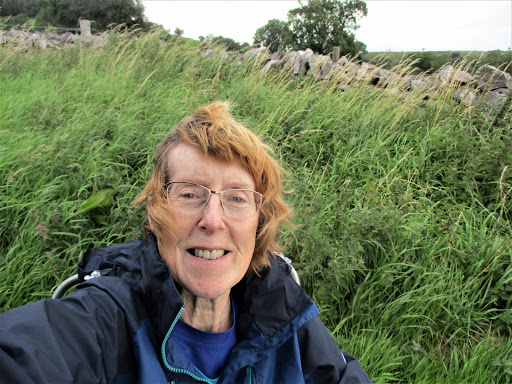 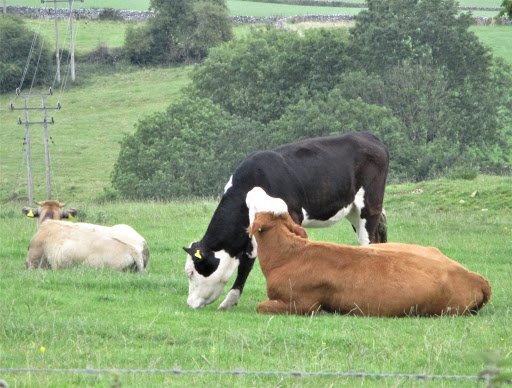 These three fat pigs get a lot of attention from the children. There is a play park on site as well. 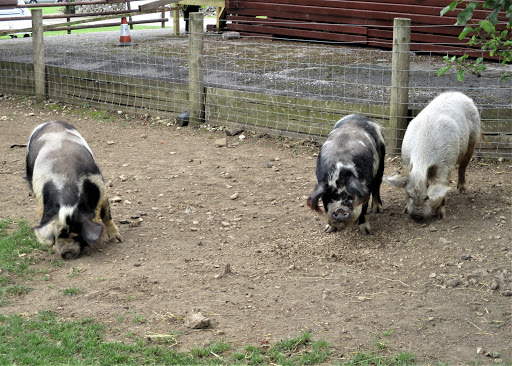 Blogger has started messing about, underlining and changing font colour, so I'll end it there. Catch you tomorrow with more photo's. Toodle pip. ilonaThat's bonkers. It has created a link to the pig picture. Ignore it.
Posted by Meanqueen at 14:46