Breakfast this morning was food saved from last nights dinner. Well you couldn't really call it a proper dinner, it was a tin of mackeral fillets, wholemeal bread rolls, and pasta and sweet pepper salad, with an egg custard for pudding.

My tum was filled with the unconventional breakfast and I was ready to hit the road. This is my last day and it is the furthest I have to walk. It might not necessarily be the longest day though, as I aim to walk as fast as I can. The challenge today is to get home pronto. I set off at 8.30am. The landlord said he wouldn't be around that early as he was going out for a drink, and wouldn't rise much before ten, so I let myself out.

I am staying on the east side of the river today because it would take an extra half hour to back track through the town to cross the bridge. There is a road alongside on both sides, but probably more to look at on the west side, never mind I want to get home, so it's the quickest for me. Here are a few shaggy sheep, they were quite tame and didn't run away as I passed them. 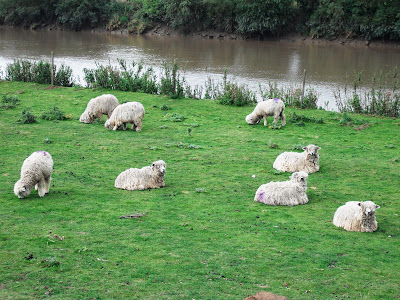 It was a bit drizzly on and off, so the brolly came in very handy. I was still in my shorts, or longs as someone called them, it is much more comfortable than sweating underneath waterproofs. Your legs get wet, and then they get dry, simple. That looks interesting over there at West Stockwith. I might go and have a look at that another day. In fact I have just thought of a good idea, I could get the bus to Gainsborough, and walk back along the west bank. 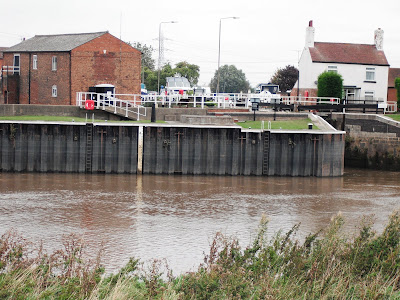 Here is a nice church at East Stockwith. 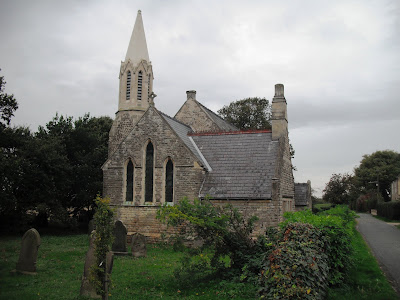 Now that looks like Owston Ferry over there. The rain has stopped now. 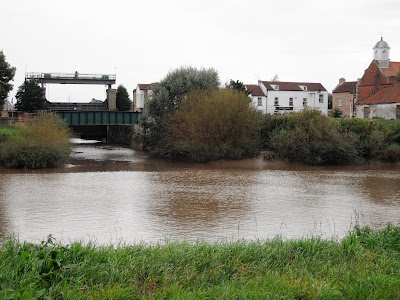 Onwards I march, only two ten minute breaks for a bite to eat, must keep going. Aha, at last I am going under the bridge of the M180 motorway. Now I feel like I am nearly there. 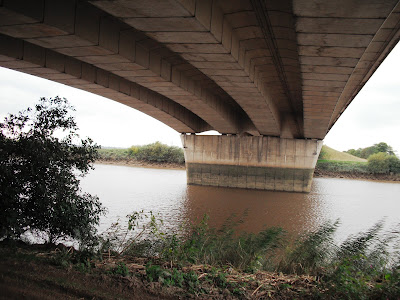 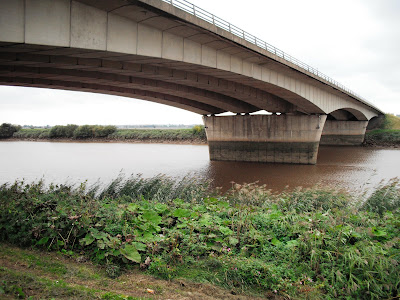 Some of the walking is on the road, then when I want a break from tarmac I can climb up onto the river bank. Parts of it have been mowed so it is easy walking. The bank has been built up to create a flood barrier for the nearby houses. A typical riverside pub. Sorry no time to stop, I'm on a mission. 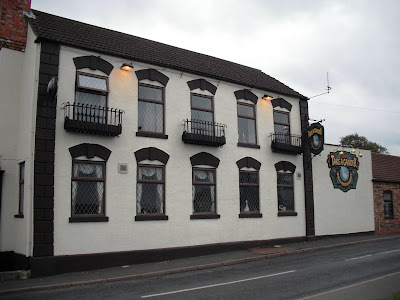 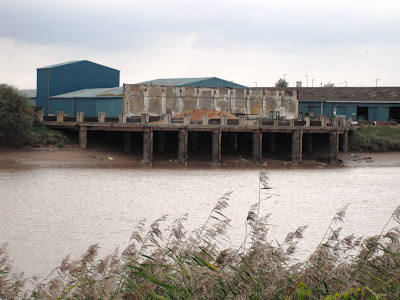 And here we are at Keadby Bridge, it's where the A18 crosses the river. I have written about this bridge before, it used to be a lifting bridge but is now fixed. Not far to go now. 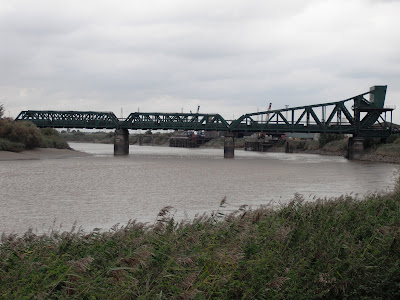 Now I am on familiar territory and don't need a map as I have walked this area many times before. I took the minor road past Gunness Wharf, and through Flixborough Industrial Estate, to follow the path at the bottom of the wood and home. It was 4.15pm when I arrived in my village, so less than eight hours to walk 22 miles, I am pleased with that.

It's amazing that I haven't had any problems with aching legs and only one small blister which went in a day. My feet must be really hardened to it now. I've had to put my boots into the cobblers though, the heels are well worn. They will be ready next week as they had to order special heels. Can't wait to put them on again and have another walkabout. Toodle pip.
Posted by Meanqueen at 10:02