Bet you thought the holiday pics were all done, well they're not, there's loads more Portsmouth to plough through, you will be bored silly by the end of it, ha ha. I've lumped these together under the title 'Buildings', probably won't remember much about them though, the memory isn't so good these days.

This used to be a pub, as you can probably guess. Inside it has been converted to bedsits, they weren't able to change the outside due to it being a listed building. There are two wooden carved statues on each side of the door, still intact. 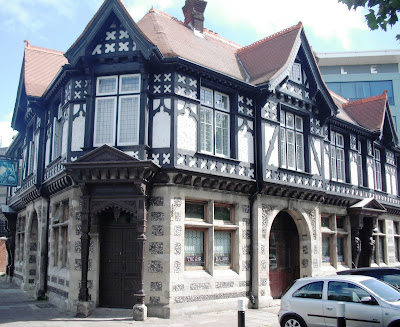 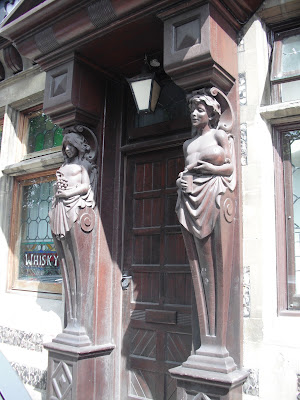 This is Charles Dickens birthplace museum. 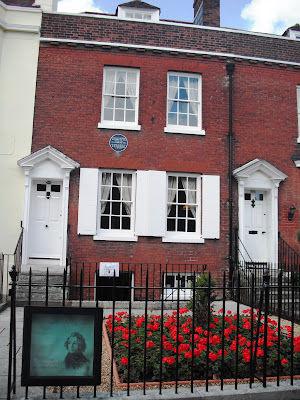 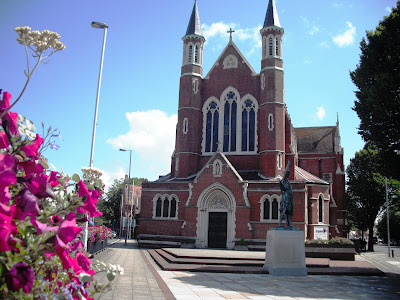 Gawd knows what this building is, possibly something to do with the University, or the navy. 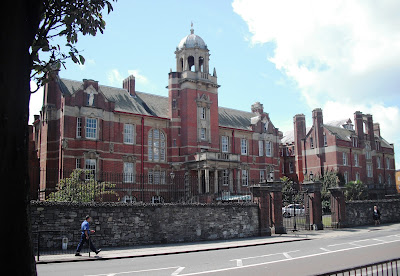 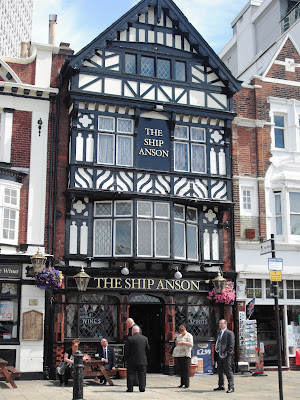 There is a walking route around the old part of Portsmouth, follow the chain pattern in the paving stones and it will lead you around the narrow cobbled streets. 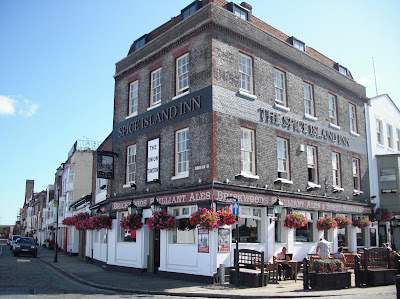 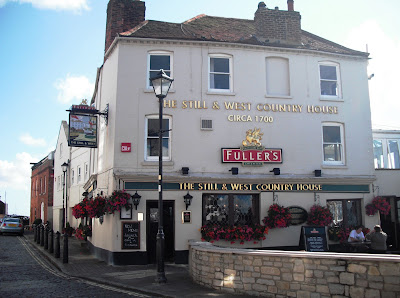 It was a nice sunny day to sit opposite the Spice Island and eat my sandwiches, watching the boats passing. 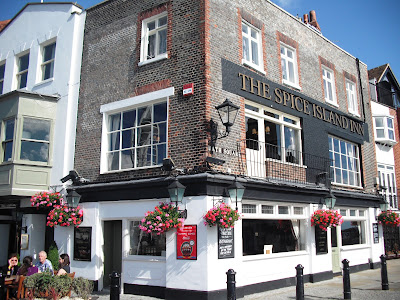 This is the Royal Garrison Church. It was bombed during the Second World War, and the nave has been kept roofless as a memorial. 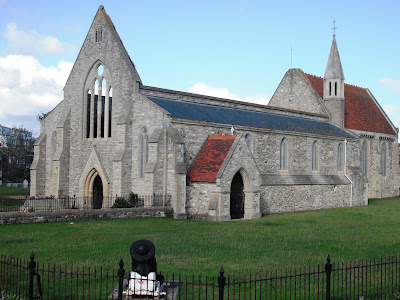 Now I'm lost, I snapped a few buildings because I liked the look of them. I was on my way back to the car at this point so wasn't taking much notice of what they are. 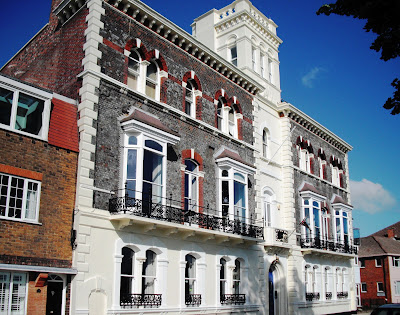 I like the way the trees have cast a shadow over the white front. Looks a bit Banksy I thought. 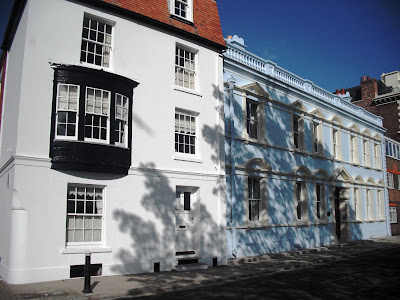 There is a pub for sale here, if you fancy buying it. 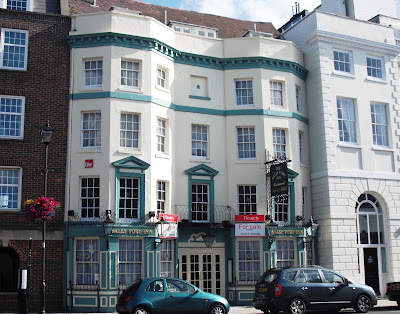 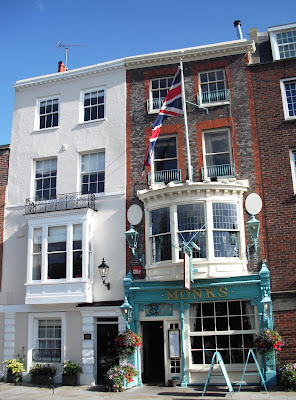 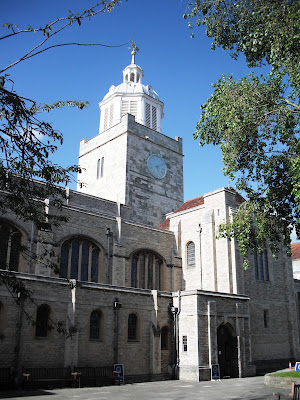 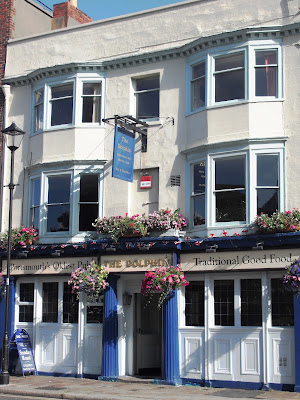 Oh cor blimey, look at the colour of this. Eyes down everyone. 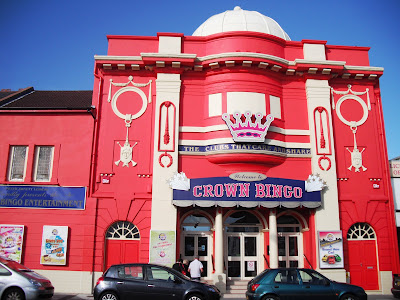 Still a few more pics to come, I'll slip them in another time. Toodle pip.

PS I seem to have lost the slide facility for the photo's, has the cat run over my keyboard or is it the same for everyone else? They now enlarge like they used to, one at a time.
Posted by Meanqueen at 21:36