Hello. I thought I would do my walk a bit earlier this morning, but I only got half way round and was distracted by a skip. I've been keeping an eye out for a few more bricks, and some long lengths of wood. It seems it is the season for house renovations, we have several going on at the moment.
I had a nosy in a skip and told the man what I was looking for. He didn't have any long pieces of wood, but I could have the pallets if I wanted them. I have just used two of mine so I picked two of the best ones out, they will go in the garage for future use. I went home to get my car. When I got back the man said he has some paving slabs if I want them, they were going in the skip. Yes please, just the job, better than bricks. He got five out and said there are ten more and he would put them by the gate and I can collect them. I'll go back tomorrow for them. Whoopee, my lucky day. 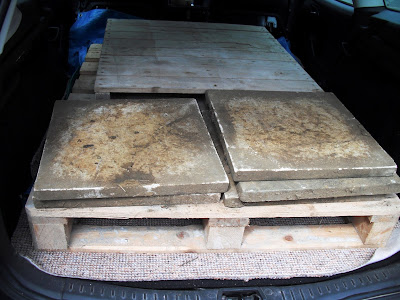 Then I had a nosy in another skip and saw some long lengths of wood. I asked the man if he had a tape measure because I wanted some 9 feet long. Lucky me again, two at 9 feet and one at 10 feet. These were easy to carry home, it wasn't far. They were full of nails, took me a few minutes to get them all out. 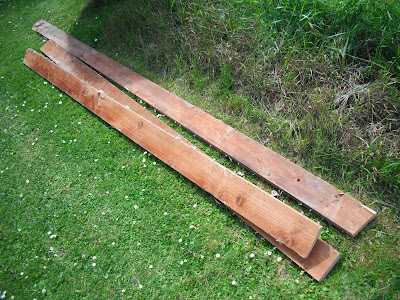 Beginning to look like a builders yard now, ha ha. 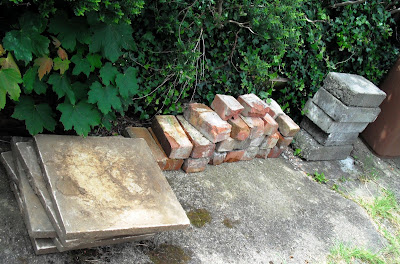 The second door is on, and I have built up the height by adding more wood to the tops. Two of the long lengths will go across between them to support the polycarbonate roof panel. I should get that job done tomorrow. 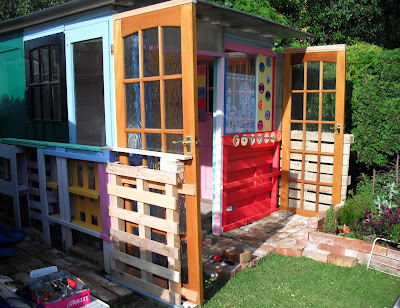 A friend was chopping back some of the bushes in his front garden and putting the bits in the wheelie bin. The flowers were very pretty, it was a shame to throw them away. He said they were weeds, but I rescued some of them. I love these colours. 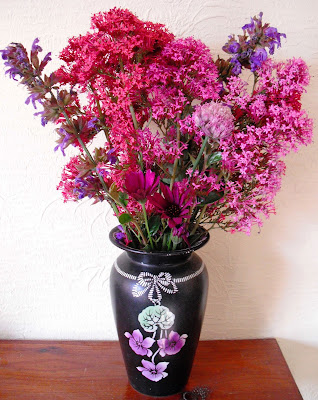 I still haven't been shopping, it's amazing what you can find in the freezer and cupboards when you think you have no food left. For lunch I had beans on toast with grated cheese. Dinner was the last two Quorn sausages, last bit of cauliflower, three potatoes and a handful of frozen peas. I might get to Tesco tomorrow night, if I have time.

It's late and I am ready for bed, so I'll say goodnight. Thanks for popping in, we'll catch up soon.
Toodle pip
Posted by Meanqueen at 22:31