This has been a long time coming. I start off with a little idea and it turns into a marathon. A piece of hessian out of my Aunties garage, been there for many years. I painted coloured squares on it, and stitched smaller squares and oblongs over it in simple backstitch.
I started in the centre and worked my way to the outside edge. Random sizes of any colours I fancied. I decided not to make the edges dead straight, I think it looks better with a haphazard look. The remaining coloured edge I painted black, trimmed it and frayed the edges.
Then I mounted it on a piece of  thick upholstery type material which Crafty Club Janet gave me, it looks a bit like the hessian. I stitched it around the edges with black cotton twice, then a few random stitches in the centre in matching thread so it wouldn't show at the front, to keep it together.
In between the back and front is another piece of fabric to give it some substance. Three loops at the top with a piece of driftwood through them. I went for three wider loops rather than four narrow ones. The fabric is quite thick with a rubberised backing and I was having trouble getting a needle through it. A pair of small pliers close at hand solved the problem. 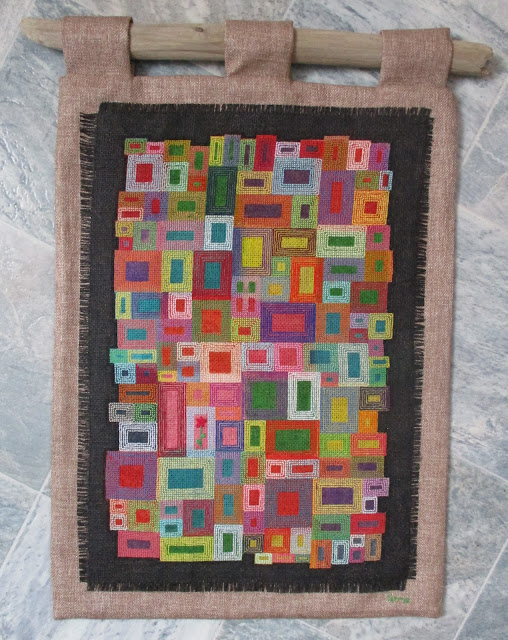 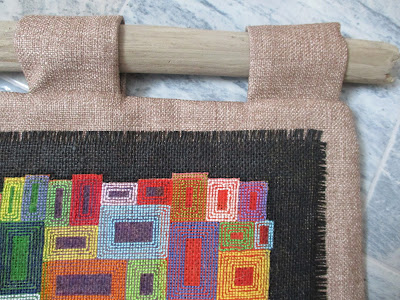 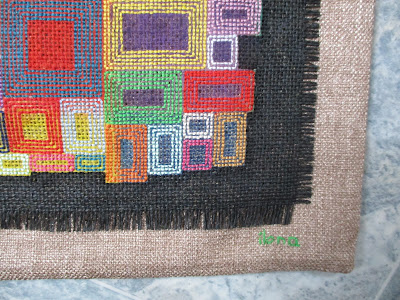 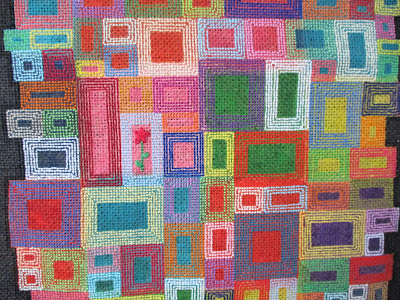 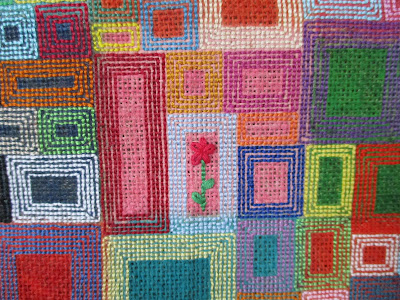 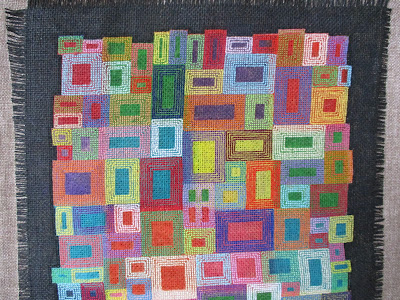 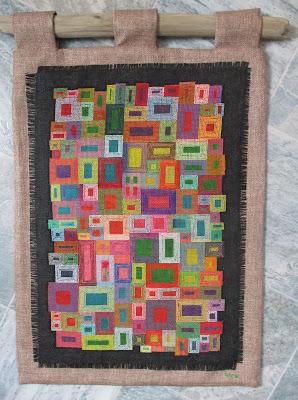 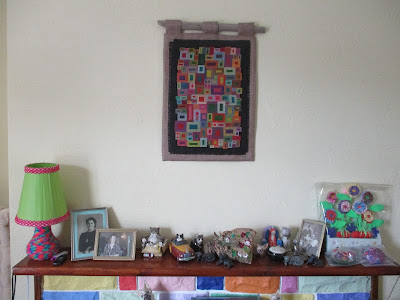 I am pleased with the way it has turned out,  though it was a slog at times, doing the same repetitive stitching over and over again. Need to do something more colourful and creative now. I've made a start and it's looking good.
Raining again, I'm not doing much walking at the moment. Playing with the new computer. It took a while to figure out how to edit these pictures. It's a similar programme that I had before, but different layout on the screen. A lot of scratching head, going all around the houses until I find what I want. I have never used Paint before, but I might give it a go and play around with it.
Toodle pip.  ilona