Hello. I did my three miles earlier today while it was still light. It was surprisingly warm, I needn't have put a jacket on. I'm up to 148 miles for Jan and Feb, but I know there are people who have done more than that. Keep going peeps, only another ten months and ten days left to do.
I am getting a reputation in this village as someone who is collecting fabric for crafting purposes. A friend of a friend rang last week and offered me a bag of mixed pieces that she didn't think she would ever use. I went and picked them up. There are some nice colours. I promised her I would make her a shopping bag. 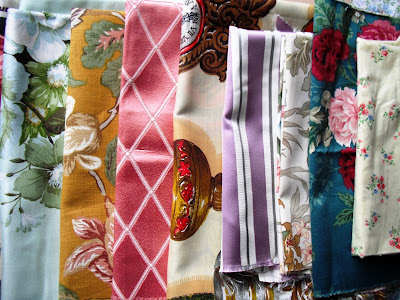 Today I delivered two shopping bags, but she wasn't in, so I folded them carefully and pushed them through the letter box. I hope she enjoyed the surprise. 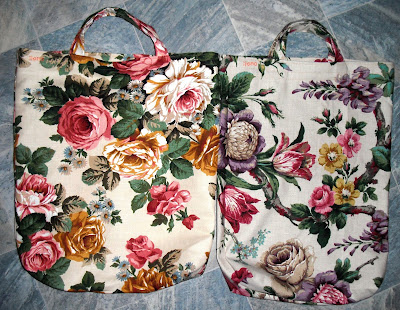 I called in at the Cash and Carry on my way to town yesterday, I haven't been for ages, so I wondered if they had anything new in. I found these porridge in a mug sachet's, £1 for three boxes, 15 sachet's. Not quite as cheap as a 1kg bag of oats at 75p, but I thought they would make a nice change because they are apple and blueberry flavour.  They have a best before date of 27th Feb, which is fine. 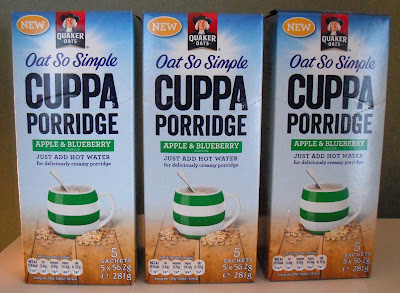 I already have some of these Vegetable Granules in my cupboard, they are handy to add to all sorts of meals. I picked up five more jars at 20p each. They were out of date in April 2015, I don't care. 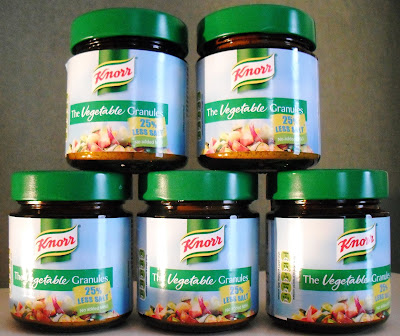 These noodles were priced up at four bags for £1. There are four separate servings in one bag. I thought four bags would be too much for me, so I bought one bag for 30p. That's 7.5p per serving. The date is best before today, 20th Feb 2016. 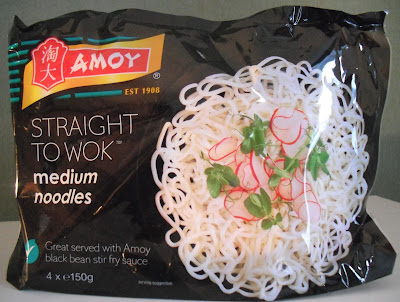 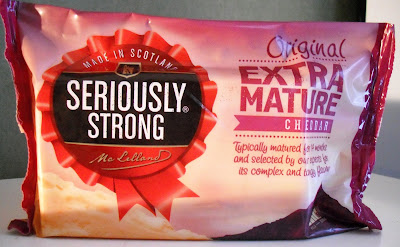 As well as people wanting to give me fabric, it seems I am also the drop off point for friends who are de cluttering. They know that I help with the fundraising for the cat rescue, and anything we can't sell I will take to the charity shop. A bin bag of stuff was delivered to me today, some of which we can sell. Set of new glasses in a box, white ceramic bowls, a money box, and other bits and bobs. 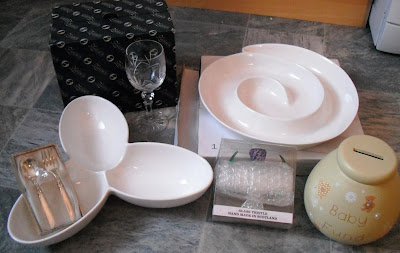 Rocky wasn't too impressed with his Santa's hat which was in a bag of Christmas decorations, ha ha. 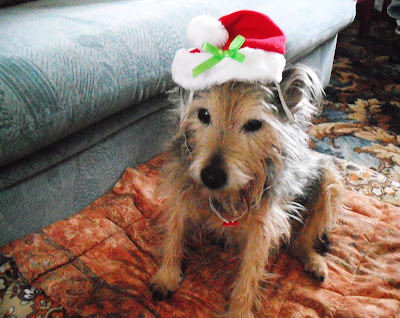 I think it's time we went out for a last bimble before bed time, so I'll say cheerio for now. Thanks for popping in. Catch you soon. Toodle pip.
Posted by Meanqueen at 21:03