Sunning ourselves on a dog walk

Hello, back again. This was my dinner yesterday. I went to town in the afternoon and then went to Tesco. I was too early for the 90% off mark down, but managed to get some veg and salad with quite a good reduction. While I was there I decided to pop across the road to the new Marks and Sparks to check out if they reduce anything. I found a few items, but not a massive amount of savings, the sprouts were worth having and a plastic box of super wholefood salad, which you can see in the middle of this pile of spinach.
It has different beans in it among other stuff,  but it took me ages to eat it. I kept finding small hard bits in it and had to keep picking them out of my mouth. I couldn't tell what it was, but they looked like small pieces of plastic. I don't suppose it was, but it was such a nuisance as it took me ages to eat the meal, and even then I gave up with it and picked the beans out.
I've had the other half of it tonight in much the same meal as below, with the addition of two boiled eggs and some sliced beetroot. This time I didn't empty the salad onto the plate, I just picked through it and ate all the beans. I discovered that the hard bits are broccoli stalks and pomegranate seeds. If you wear false teeth I wouldn't recommend buying this. I paid 90p for it, but I reckon the real price is about £3. Most of Marks's food is very nice, but there is no way I could afford to shop in there. 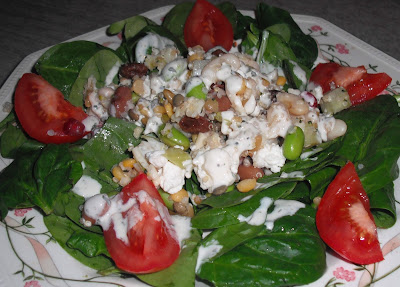 I had a lovely walk with my friend Helen, her dog Henry, and a friends dog, Guinness. We had a big bowl of hot veggie soup before we went, hot in the sense of temperature and spicy, she puts chilies in hers. Although I took Rocky with me, he stayed in her house because he can't walk that far and that fast. He was happy to stay on his bed for half an hour. Although it was sunny I put a thick jacket on, there was a chill in the air. 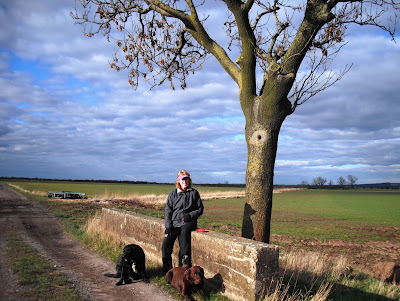 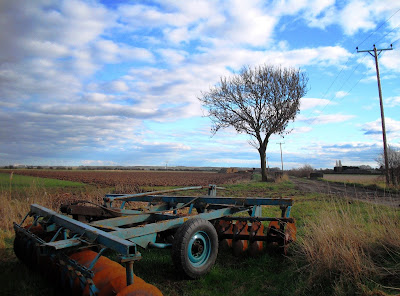 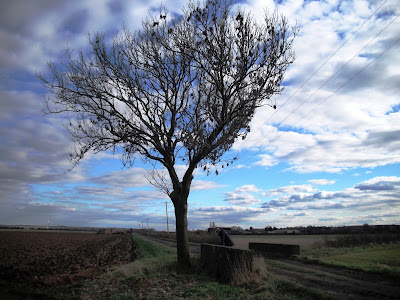 If you look at the horizon on this pic, you can just about make out the Humber Bridge. I zoomed in as much as I could. It's about five miles away. 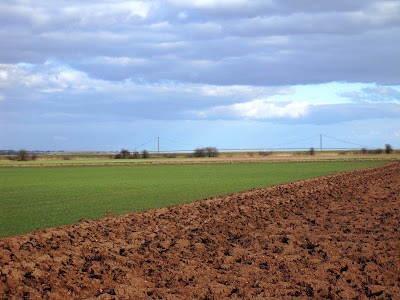 When we got back to the house, I took Rocky a walk on his own before we set off back. He likes visiting his friend Henry, but is not keen on two bouncy labradors sniffing around him. Stretched out on his bed at home is his favourite place.

Naughty me didn't do a walk last night, so I must get out now. Thanks for popping in. Catch up soon.
Toodle pip