It's nice to go away, and nice to come back home. Yes, some of you have noticed that I was at Terry Miles and family live stream on yooootooob on Tuesday night at the Tamworth Tap. There was some serious piano bashing going on and we all got a real treat. Terry on piano and vocals, Anthony on vocals, guitar, harmonica, and piano, Elsie on vocals and piano, as well as doing most of the filming, and Terry's dad on vocals and guitar. What a talented family they are. A large crowd of fans and supporters gathered for an entertaining evening. A few photo's. 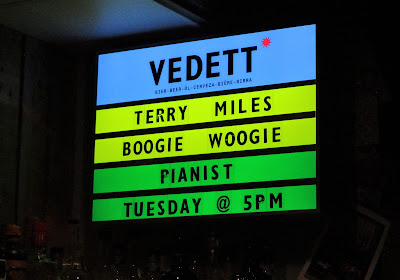 I have been following Terry for some time now. When a new video pops up I get myself a coffee and watch it. I am always amazed at his energy and enthusiasm for bashing out a good tune. 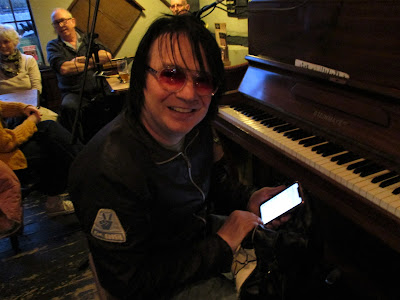 Terry's brother Anthony is also talented and has his own yooootooob channel under the name of Acoustic Milestone. He can provide live acoustic music for all occasions. 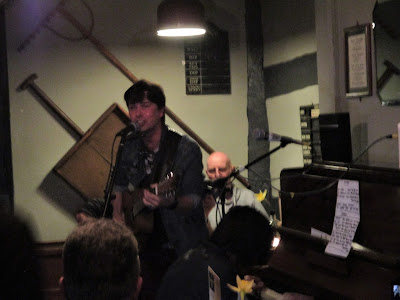 Time to relax at the end of the show. Although I went on my own, I came away with some new found friends. The whole family are smashing. I had a brilliant time. 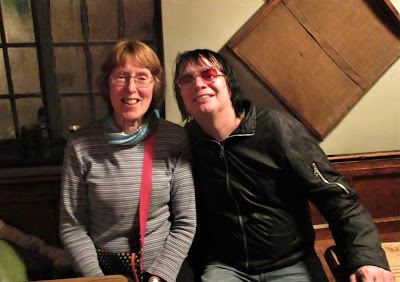 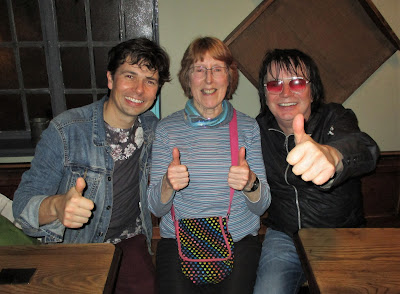 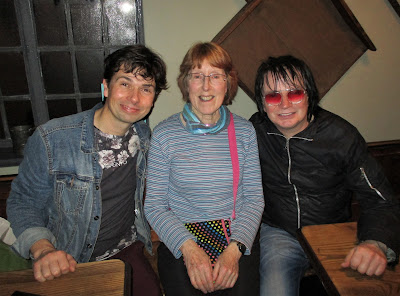 I did a couple of short videos with my camera, I will upload them to yoootooob tomorrow. In the meantime, here is the video which they shot of the whole event, filmed mainly by Elsie, but with Terry taking over when she was giving us a song at the piano. It's almost two hours long.

I stayed at the Travelodge in Tamworth which is five minutes walk to the pub, so that was convenient. I managed to drink a pint and a half of cherry cider which was delicious, but decided to stop at that, didn't want to get a fuzzy head. I combined this trip with visiting my Auntie Pat, and sister, at Burton upon Trent. It all worked out really well. Very enjoyable.
Toodle pip.  ilona
Posted by Meanqueen at 20:19

Email ThisBlogThis!Share to TwitterShare to FacebookShare to Pinterest
Labels: fun, happy, holidays/days out