I am mighty pleased with my first Steam Punk assemblage, it has turned out better than I thought it would. I kept adding bits until I thought there was enough. This layering lark confuses me sometimes, with any art that requires several layers to give it texture, I find it rather odd that the more you layer, things underneath get covered. I watch videos of making journals and want to yell at the screen, for goodness sake stop, you have enough.
See previous post to see how I started this. A flattish wooden box, not very deep. I painted it with a mixture of black acrylic and PVA glue. Added lace and fabric for texture. Arranged all the pieces, then used a hot glue gun to stick them down. Added more pieces twice more to fill the gaps. Then paint the whole lot again with black acrylic and PVA, watered down a bit so it would run into all the crevices.
Luckily I had some gold metallic paint, rescued from the tip when I helped clear out Aunties house. A waft over with an old brush, more like a light dusting. Now it looks like it's rusting metal which is the look I was after. 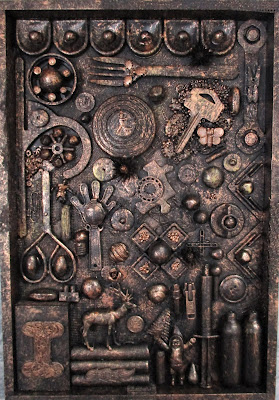 Have a closer look and see if you can recognise some of the components. The letter I is covered with tangled cotton thread. 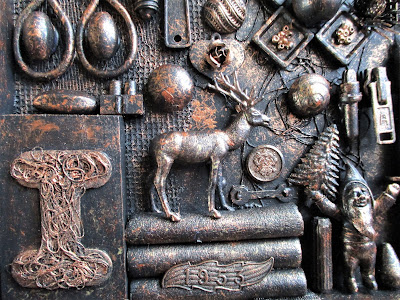 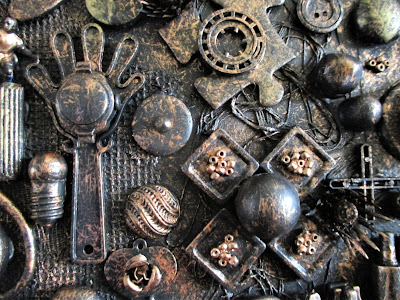 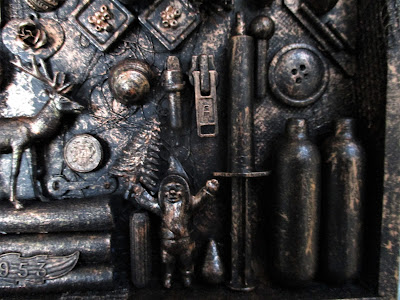 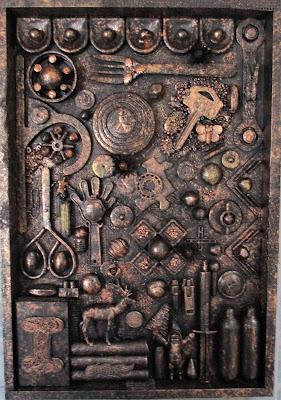 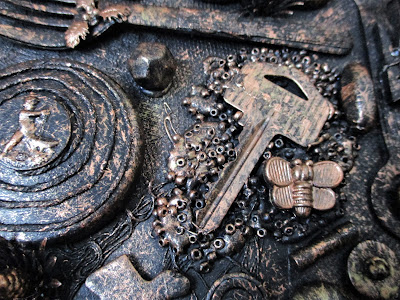 Circle is an upturned milk bottle top with a bead in the centre and small electrical parts. 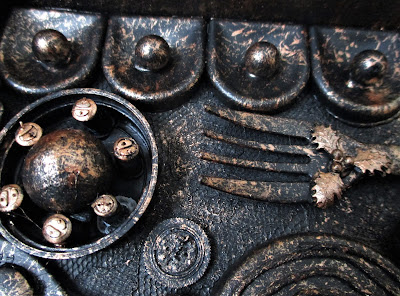 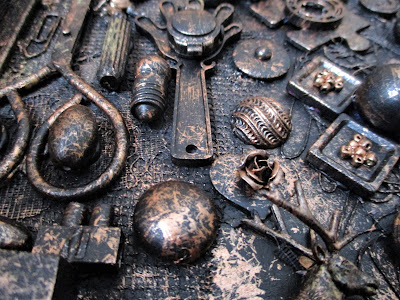 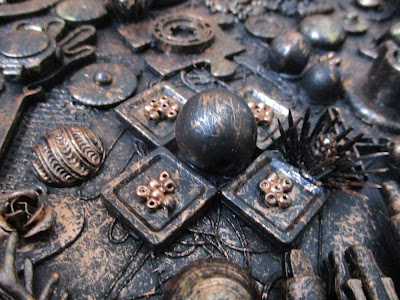 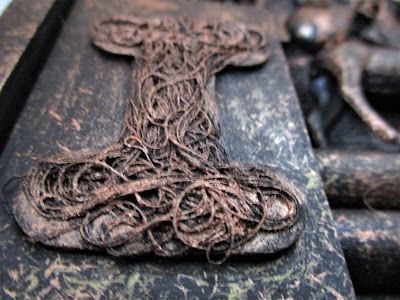 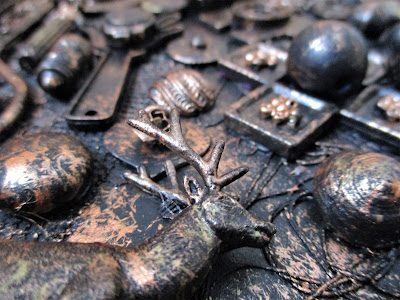 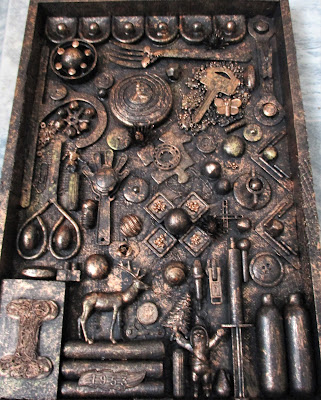 And there you have it. The mottled rusty look goes over the edges onto the sides as well. All there is left to do is cover the back and add a wire for hanging. I'm making a second one now. It's thanks to Ina's video on yooootooob for the idea.
The weather is still unpredictable today, Half an hour ago it went dark and started snowing, now it's sunshining, but still very windy. I will pop to the mobile library this afternoon in between showers.
Toodle pip.  ilona