Today was a very nice day

Monday morning and Crafty Club has started again after a four month break. We can now use the Village Hall. The tables are well spaced out with gaps between them, two people at each table. We can only talk with the people close to us, it's difficult to have a conversation altogether without shouting. Everyone must use the sanitizer on entering and leaving. The kitchen is closed bring your own drinks. We will have to get used to the new way of doing things. 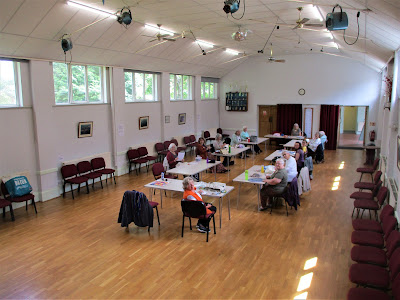 I went across the road and had a coffee with my friend after. She has a big kitchen so that's alright. She was keen to show me her garden, it looks great, She spends most of her time in the garden.
After lunch I went a walk. Passing the Bowls Club I see they have started up again. It's limited to four players at any one time at the moment. 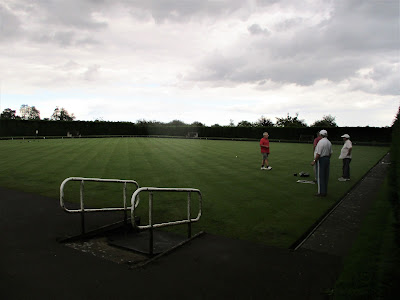 The allotments are looking very full, plenty of fruit and veg growing there. 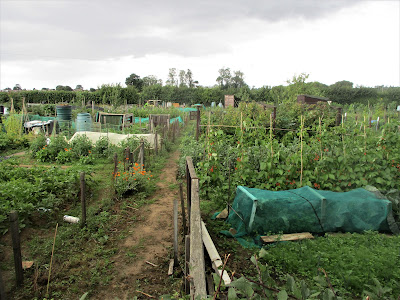 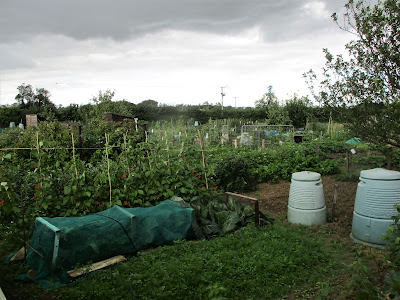 Last week the path down the edge of this field was waist high in weeds. Thankfully someone has been down there with a machine, and now it's easy. Despite the threat of rain, there were a few spots, it was a very pleasant walk. I made a short video, it's too late to up load now, so I'll do it tomorrow. 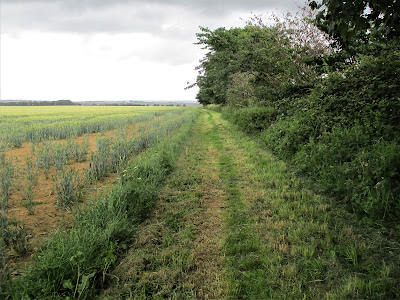 The sun is still out so I'll go outside and do a bit of hedge trimming with the shears. Catch ya tomorrow. Toodle pip.  ilona
Posted by Meanqueen at 20:52