It was a bit overcast and a bit blustery yesterday, but I felt the need to go for a walk. I drove to Alkborough village. Free parking in the street. The church looks magnificent, it stands on elevated ground. 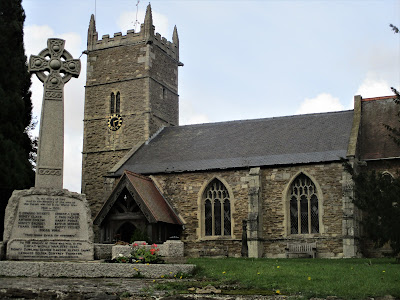 The footpath, named The Nev Cole Way, goes through the village. It's a while since I've been along here. These new build houses have been here ages, and still look empty, except for someone inside doing a bit of decorating. They have magnificent views across the river. Later, on the way back to my car, I went round the back to see the other side, curiosity getting the better of me. There is a quiet little cul de sac with access to car parking spaces. The gardens are not very big. I came across a man who was working in his garage, at one of the few occupied ones. He said they have been up for three years, and not sold yet. 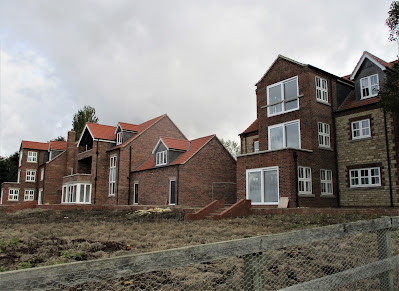 Views across Alkborough Flats. It's a flood plain, designed to take extra water in case of heavy rain, causing the river to swell. Not much water around today, I thought there would have been more with the rain we've had. 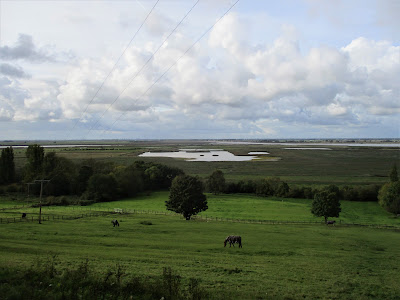 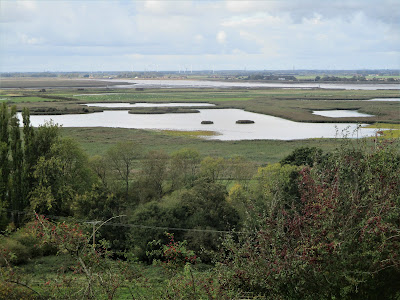 Plenty of plastic here. Animal feed and bedding stored for the winter. 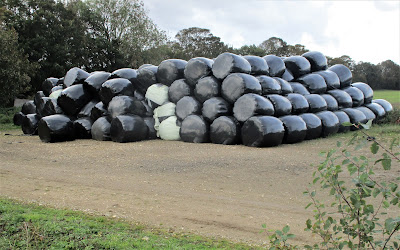 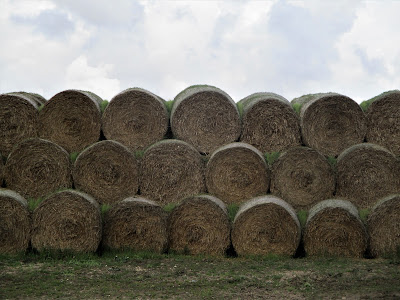 I remembered that the next part goes through animal grazing land. Normally when I pass through, these cows are down at the bottom close to the river. Now they are directly in my path. I want to head for that brick built shelter that you can see on the left. Hmmmmm, not so sure about this. I decided not to proceed in that direction, climbing over a gate on my right, and walking along the edge of a field to the road. It would have probably been alright, but not going to chance it today. 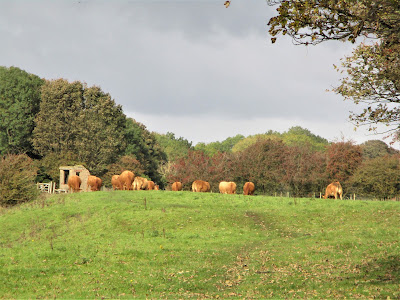 A beautiful countryside setting. I see some activity in the distance. 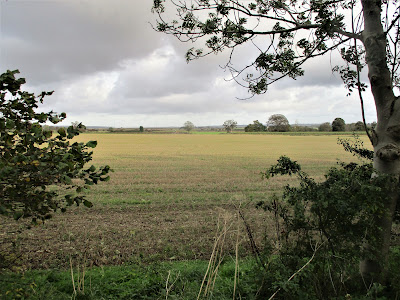 Picture is a bit hazy when I zoomed in. Over there in the distance on the left hand side,  the Humber Bridge can be seen. 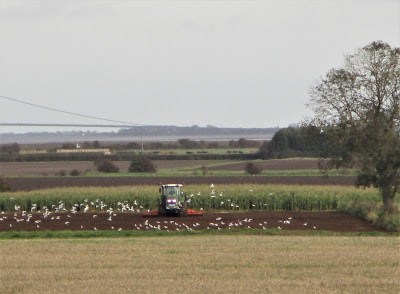 The wind got up a bit after that, the woolly hat went on over the top of my sun visor. Time to head for home.
Tatty byes for now.  Toodle pip.   ilona
Posted by Meanqueen at 10:36