It was a Sunday, and I got the bus to Camborne. The bus station didn't look very inviting, a bit dull and drab, no one about. I thought I might walk to Portreath on the coast and do a section of the coastal path. I didn't have a street map of the town so I didn't know which direction to go, no one to ask. Another bus pulled in, it said Portreath on the front, that's lucky I thought.

There was a German couple on the bus, with very big backpacks, and they got off at Portreath. Then I found they were going in the same direction as me, so we had a little chat. It wasn't long before we split up though, they were going at a slightly slower pace than me and my little day backpack. We met later on, when I stopped and they caught me up. Then again later when I caught them up.

I had a bimble round Portreath, a nice little town, then set off. Looking back as I joined the coastal path. 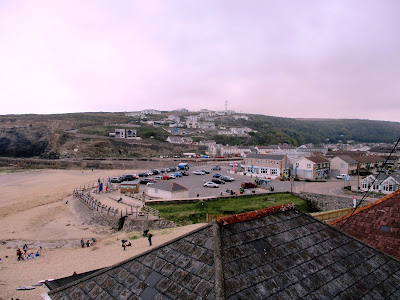 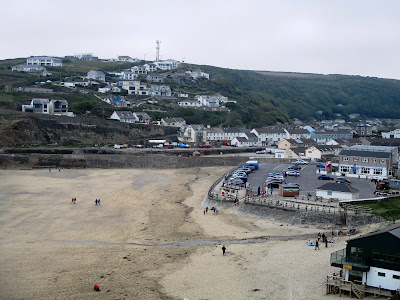 Once again fantastic views over the rocky coastline. 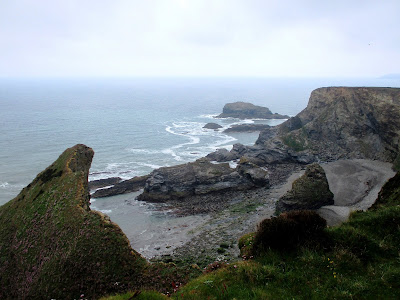 It was very hilly and steep in places. The less steep path goes round to the right there, the shorter path is steeper and goes straight up. 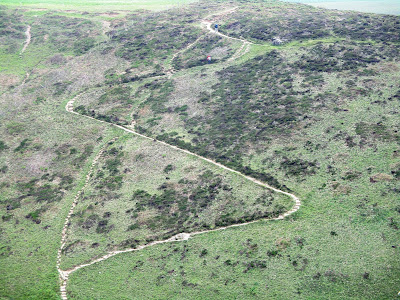 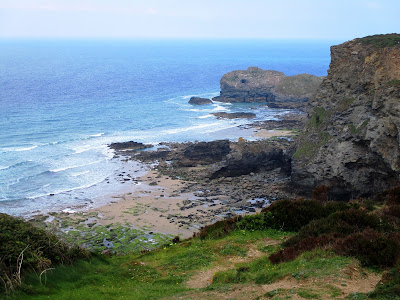 The Lighthouse is on Godrevy Island. 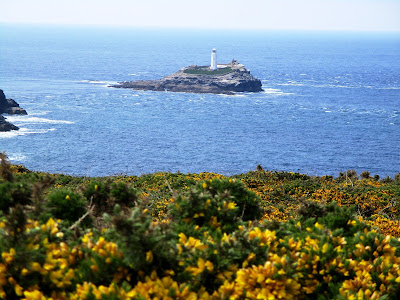 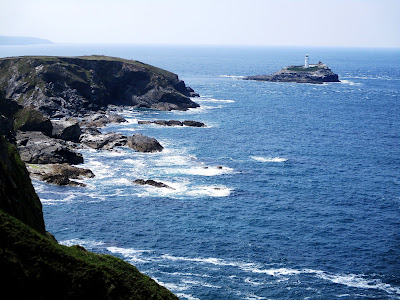 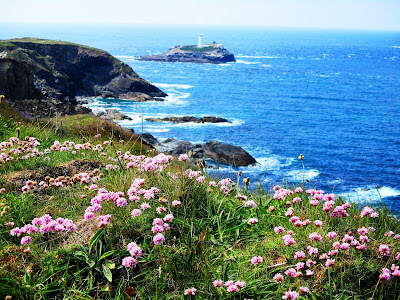 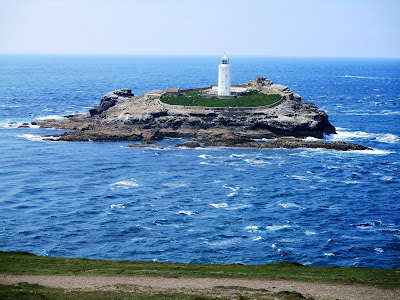 Ooops, rather a lot of pictures of the Lighthouse. 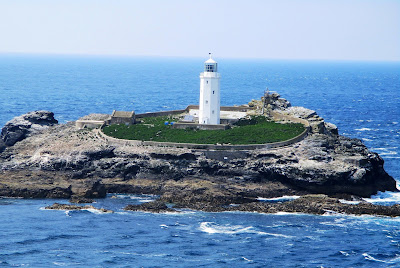 I didn't take any more pictures. There was a stretch of path which went over the sand dunes, and I think everyone know what sand dunes look like, once you've seen one you's seen them all. I completely lost the official path so I went down onto the beach and walked along there, a lot easier. I was heading for Hayle and thought I might get a bus back from there.

Checking the times on the bus shelter I found there wasn't a bus back to Carbis Bay, oh dear, buses pack up early on a Sunday. I went to the train station to see if there was a train. oh dear, no trains either. Now what. Taxi perhaps.

Well I had done the stretch from Hayle to Carbis Bay before, so there was nothing else to do but to go for it. Best foot forward and start marching, and I did, as fast as my little legs would carry me. No need to check the map, I knew where I was going.

Arrived back at 7pm. 16 miles walked that day. A relief to get in the room and put my feet up.  Toodle pip.  ilona
Posted by Meanqueen at 21:43