It's been a smashing day for working outside. I had a bit of woodwork to see to. This is a large picture frame which already had a back on it, but I wanted to turn it the other way round and put the back, on the front, but the piece of hardboard wasn't big enough. Luckily I collect useful pieces of wood and boards, and found a piece which needed trimming. So now this back to front frame becomes a shallow box which will be just right for an assemblage. Not sure what I am going to put into it, but something will appear eventually. 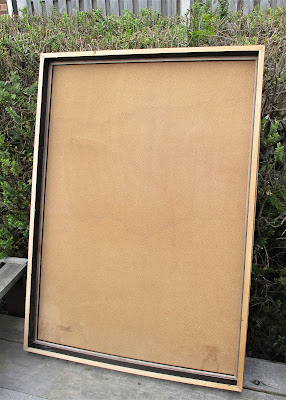 This frame was a canvas, I ripped it off and will now put a hardboard back on it. 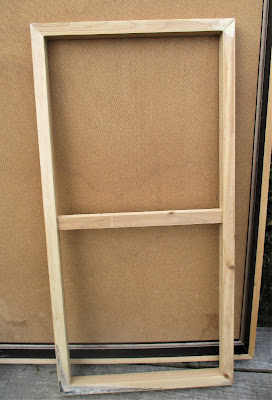 And the small shallow box I made last week out of two canvases now has a white undercoat on it. 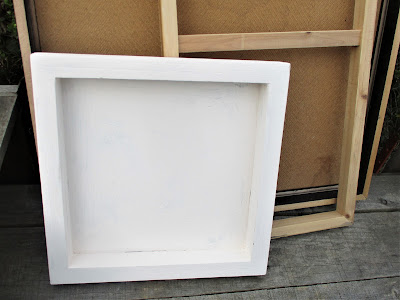 Lunch was eaten outside in the sunshine. A perfect day for hanging out in the garden. The neighbours on both sides of me are singlies like me and are very quiet, I could hear some families further up the road enjoying their back gardens.

Now I'm going to do my two mile exercise walk around the village. Toodle pip.  ilona
Posted by Meanqueen at 20:27