Another day in Cornwall. I'm getting mixed up with the order of things now as I uploaded and edited some of the photo's while I was there. On this day I walked in the opposite direction to St Ives, along the coastal path. Again the footpath was high up so lovely views over the bay. 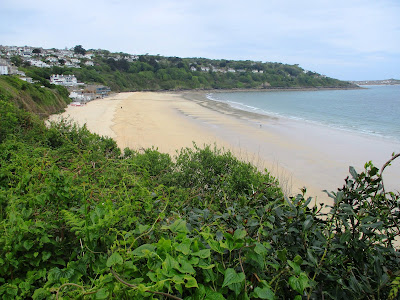 Sometimes the views were obliterated by the tall hedges on both sides. The path was narrow with a steep drop on one side, and very up and down so progress was slow. 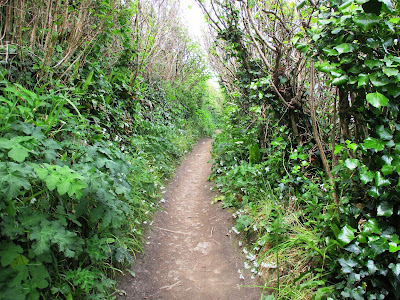 At last the views appeared again to be enjoyed. Looking down at the Hayle estuary. 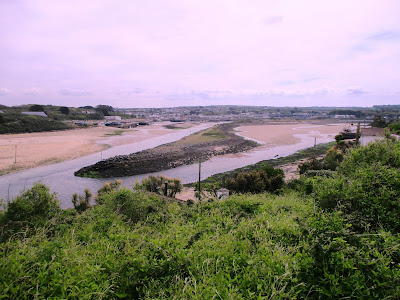 The path eventually turns into a tarmac road as you go around the water through Lelant. Some nice gardens to look at. 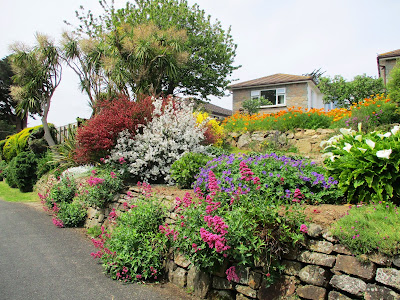 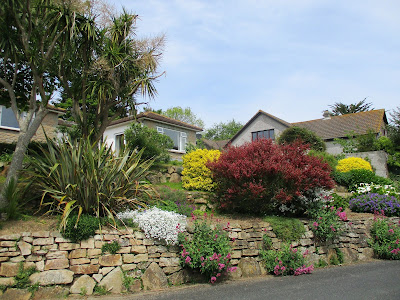 I had a bimble through Hayle, 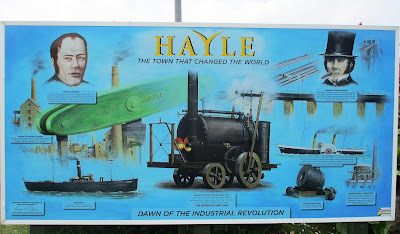 And out the other side along this long road next to the waters edge. It's doesn't look very interesting from the long shot, but it's a quiet road which comes to a dead end so only a few cars use it, and a separate footpath is hidden behind the bushes. 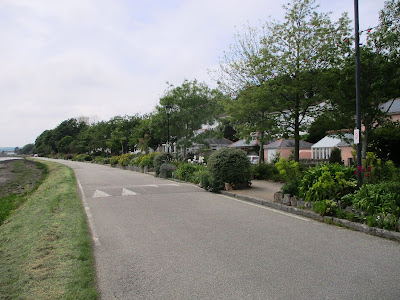 There are lots of greenery and flowers to admire, and fish ponds with quiet places to sit for a while. 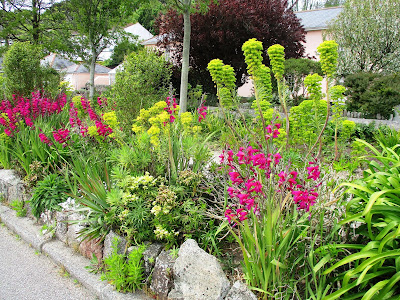 At the end of that road I did a u turn over a pedestrian bridge and walked back into Hayle along the road. The ornate top of this building caught my eye. 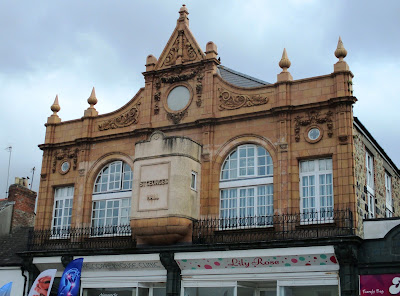 Four pretty houses adds a splash of colour. I wonder if they got together and agreed which colours they were going to use before they started the job. Or perhaps one person did their house and the others decided to follow suit. 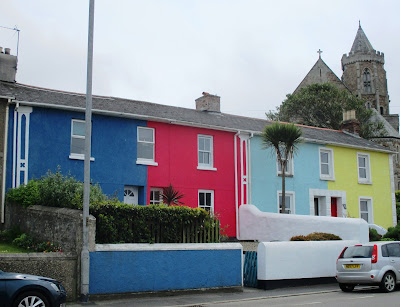 Just along from the houses was this beautiful church. I do like the different coloured stone used. 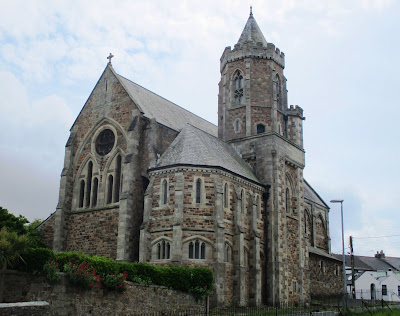 Then it was time to head back. I retraced my steps for a while through Hayle, then followed the paths and roads on the map towards St Erth, and through country lanes back to Carbis Bay. Today I walked 12 miles.

A bit of allsorts on this walk, coast, villages, town, and country roads, which is what I like. More to follow. Toodle pip.  ilona
Posted by Meanqueen at 09:54