Hiya. It's been another outdoor day today. In between the dog walking I've demolished one raised bed to give me more room for the 'bespoke' summer house. Ha ha, I like that, a name given to it by Sandie's Patch. 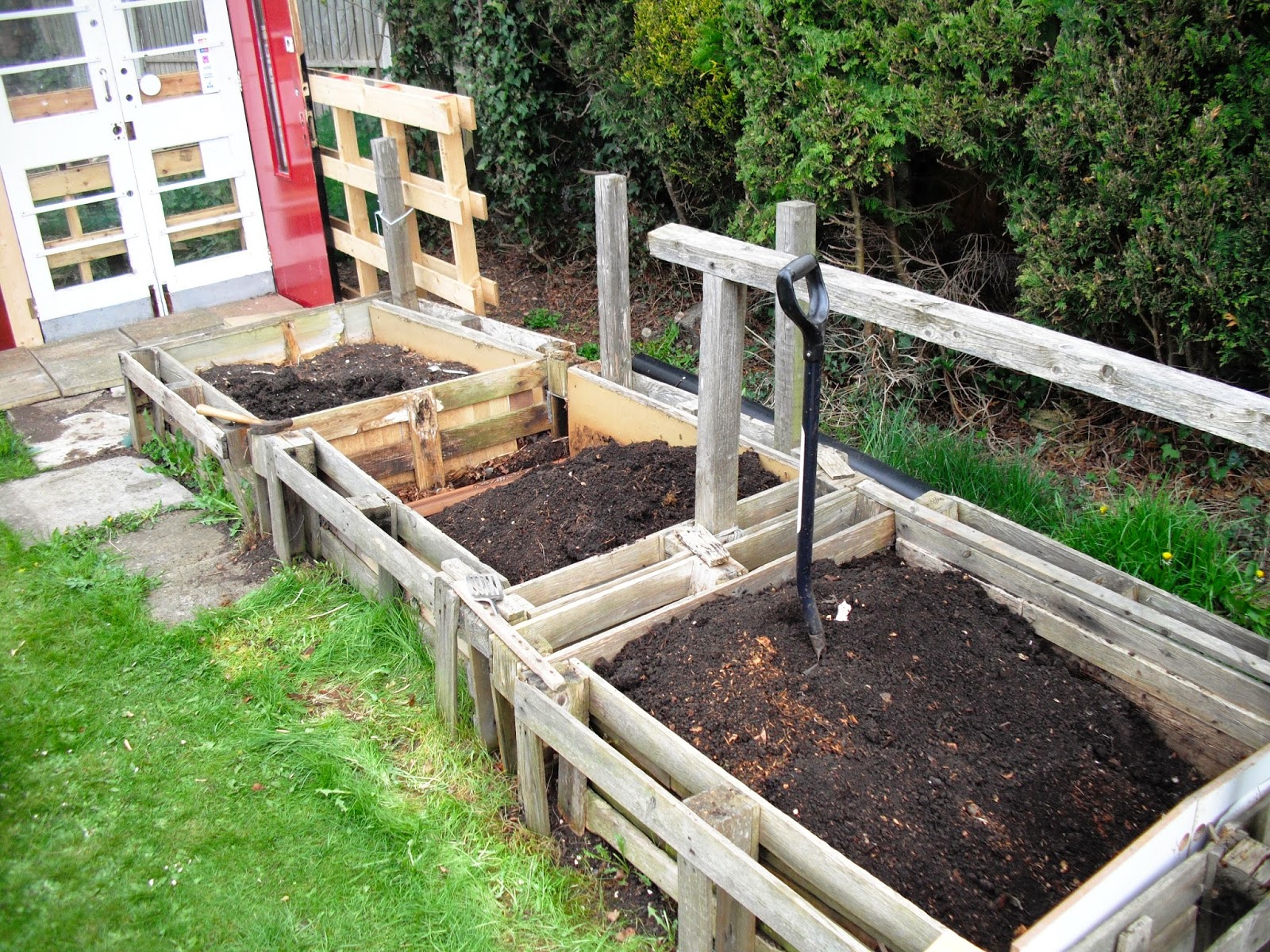 Some of the wood is a bit rotten, not surprising as I built them six years ago. The plan was to spread the spare compost around the other beds, but I had to move the compost away from the end of this one to make a repair. The two kitchen wall cupboard doors from my old kitchen fit just right in here. Once this was in place I was able to move some of the compost into here. 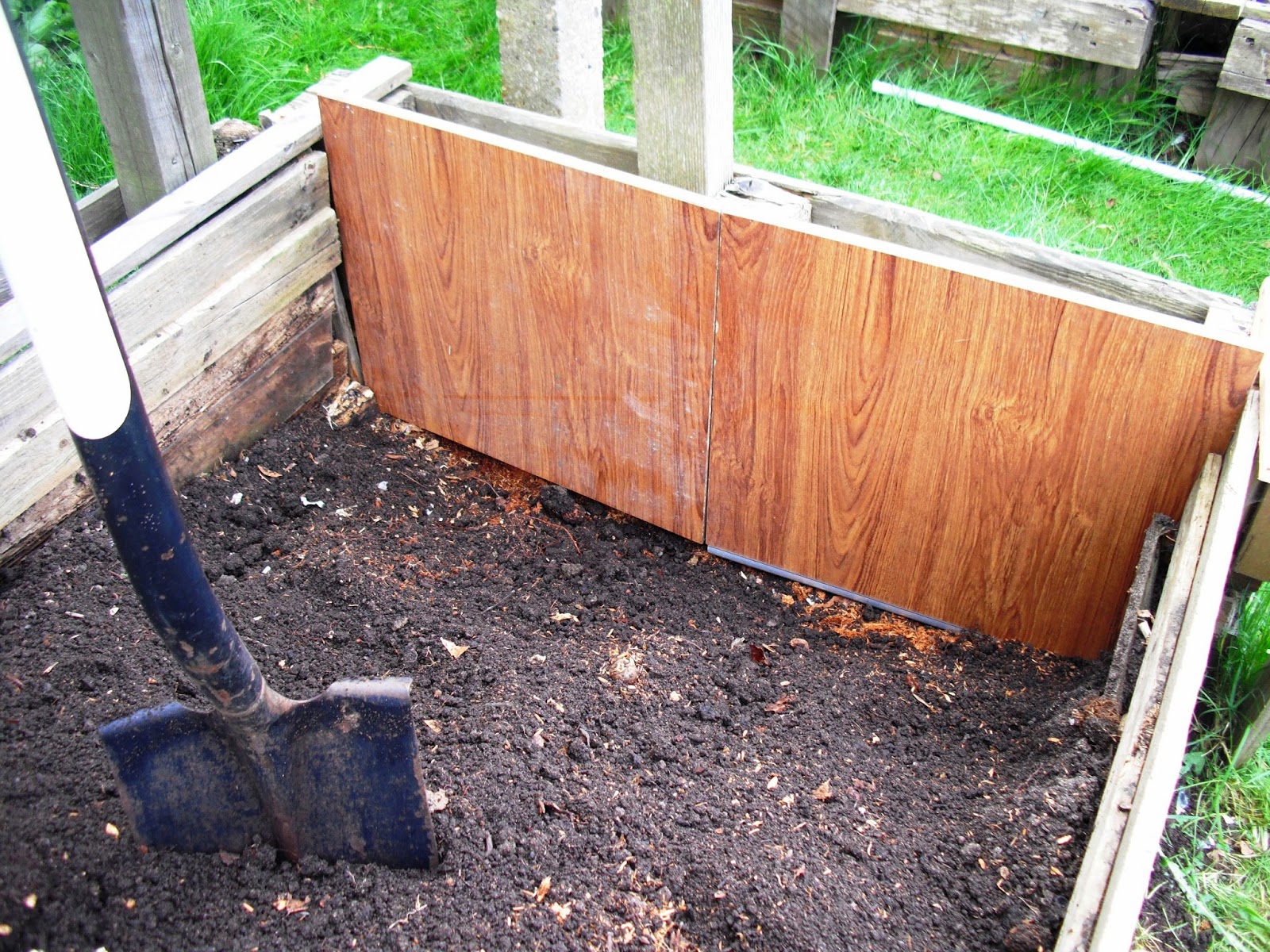 The wood dividing the two remaining beds was alright, but at the other end again it was rotten. I was able to salvage two of the sides, and I used this top of an old dressing table to line it. 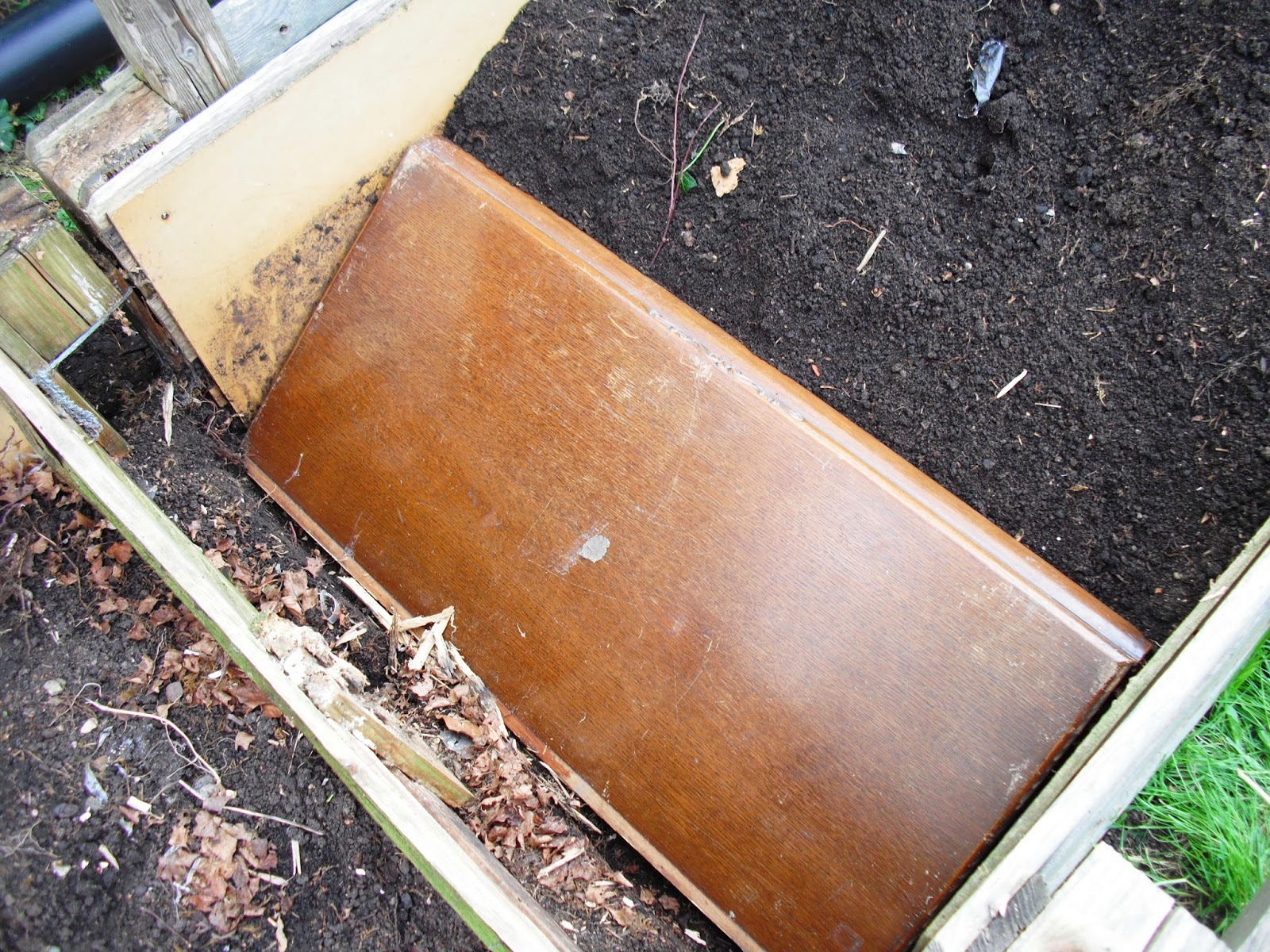 All done, and planted up with seed potatoes. You don't need to buy wood to make raised beds, mine were free. 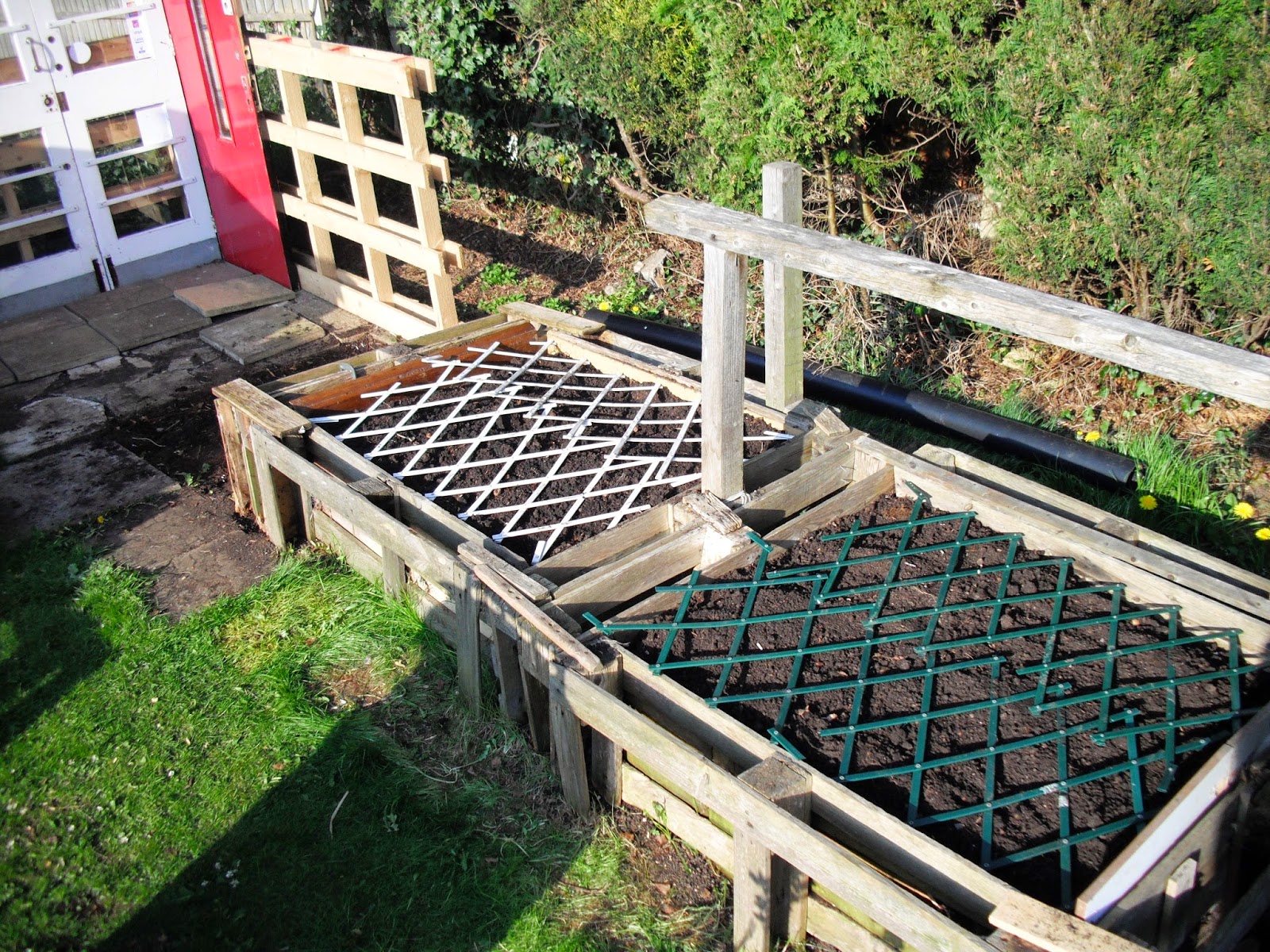 More room now. I need two more doors for that side. 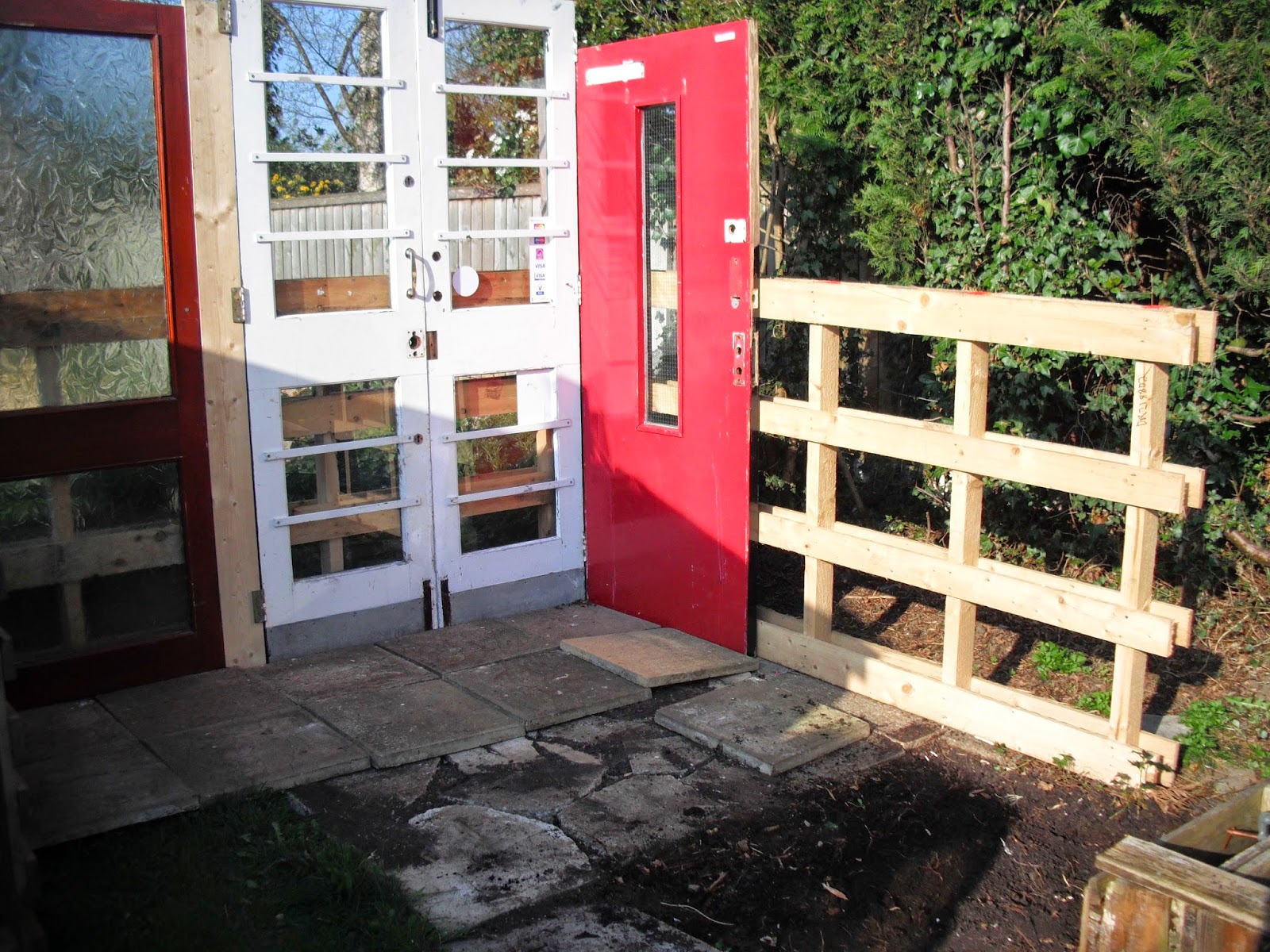 These are the other two doors I got on Tuesday, they are patio doors and in pretty good nick. Got the hinges and door handles still on them. I think I'll keep them for the side that looks out over the garden. 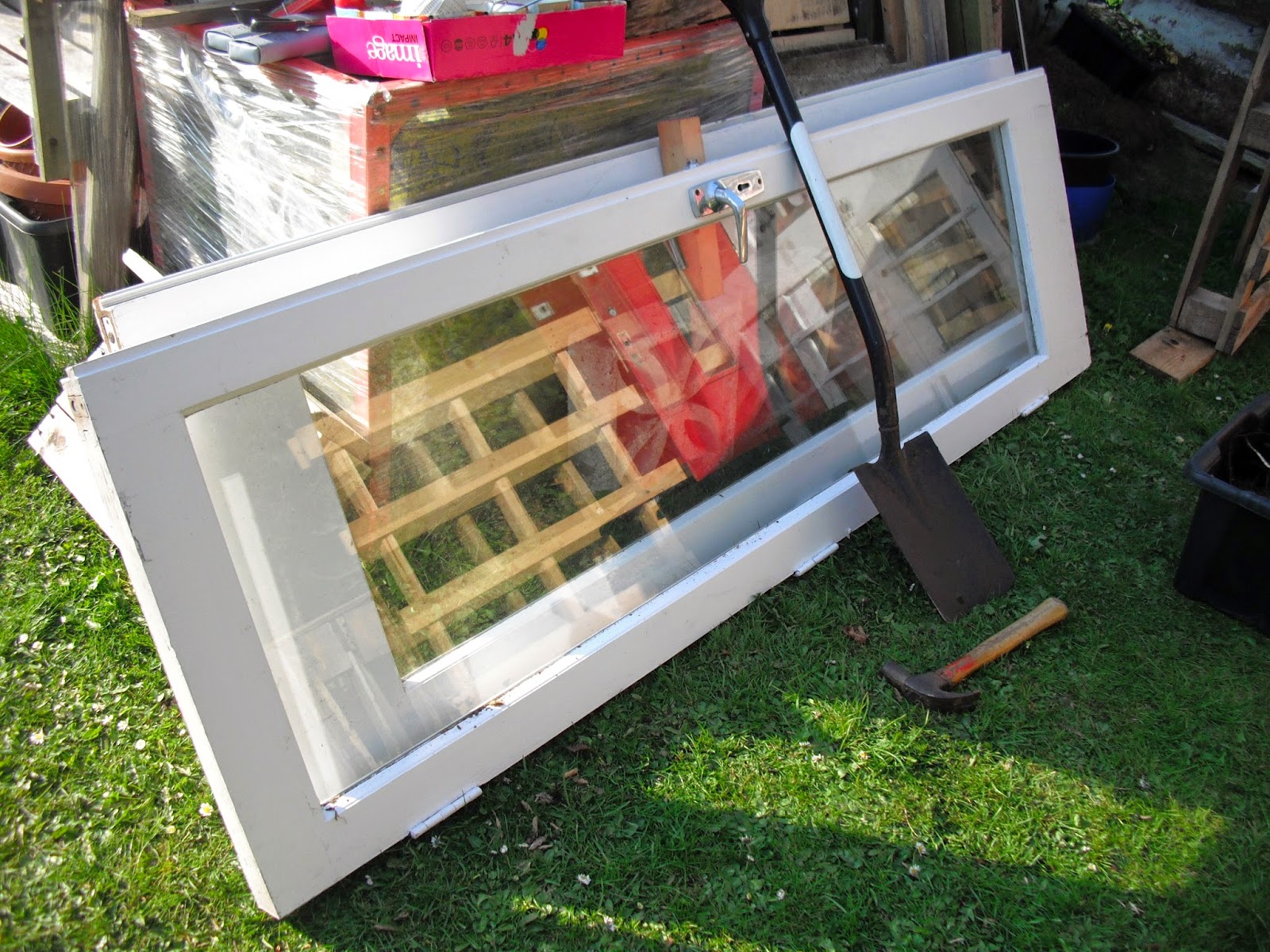 Couldn't be bothered to cook tonight, so I bunged a spud in the microwave and warmed up half a tin of chopped tomatoes with a shake of garlic powder added. Still felt a bit peckish after I ate that so I had a slice of  cheese on toast. 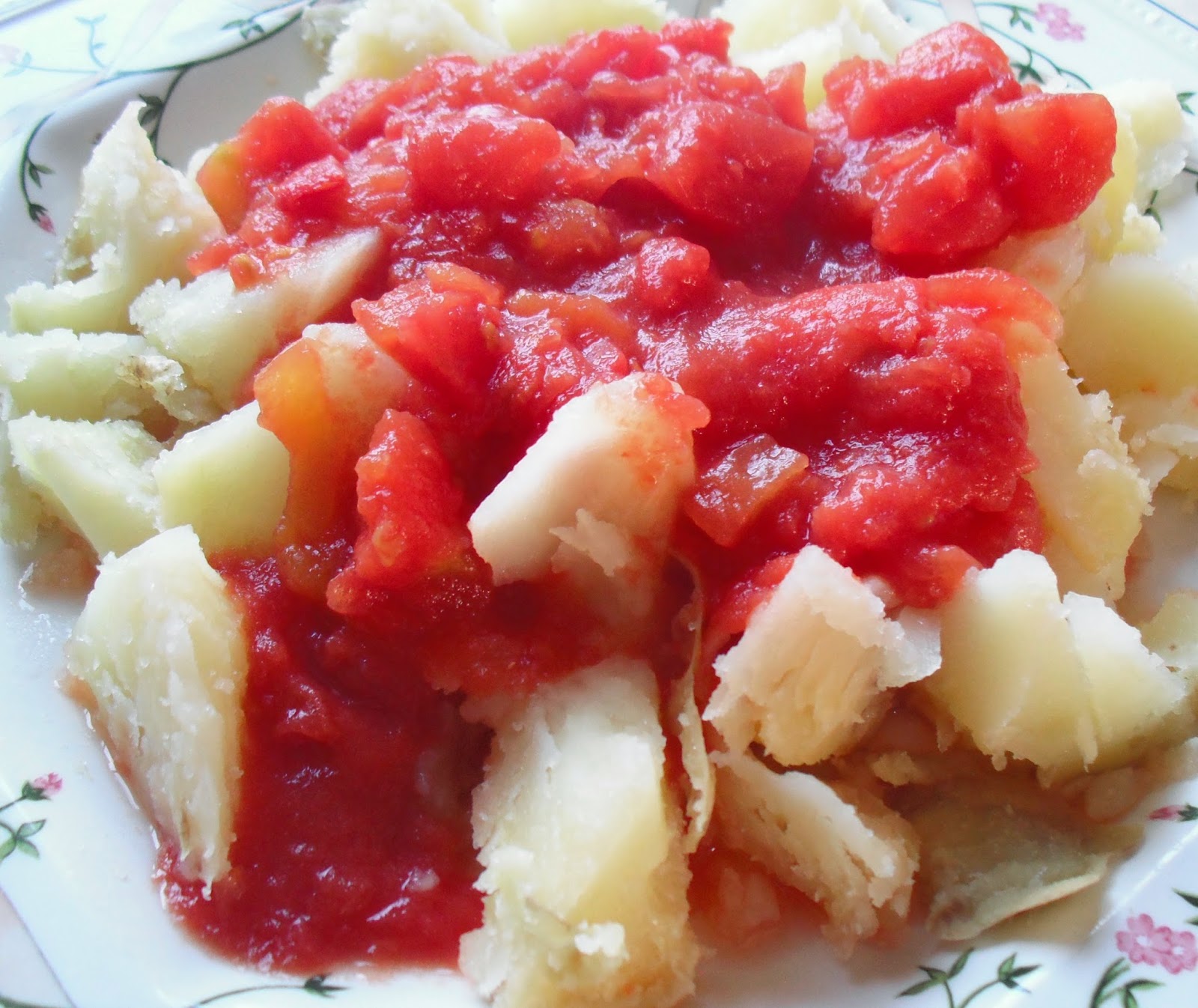 I'll go on the hunt for more doors tomorrow. Mum asked how I transported them home. Easy peasy, in my car. There was no one to help me load them up so I just got on with it, being very careful. Moving them is all about balance. They are stood upright against a wall, so it's easy to 'walk' them to the back of the car, then very carefully lower one end down so it's resting on the back of the open car, lift the other end and slide it in. They stick out of the back and the tailgate won't close, but I fastened it down with a piece of rope and a bungee elastic. Had to put up with the warning ping ping ping all the way home telling me the luggage compartment was not closed. My friend Barry helped me get them out of the car and we carried them up the drive to the back garden. I learnt a lot about lifting when I was a lorry driver, ha ha.

Thanks for popping in. I'll catch you tomorrow.
Toodle pip