Walking with Jo Brand on her 'Hell of a Walk'

Hello, get a butchers of this then. Me and Jo, good eh! I've had a brilliant day. Up early and out of the house by 8am, I arrived at the Waters Edge Visitors Centre at Barton on Humber, at 8.20am. I didn't know what to expect, would there be lots of people coming to see Jo Brand off on her 'Hell of a Walk', or would the windy and damp weather have put them off. My plan was to walk with her for a while, but I didn't want to get in the way of the media. Most of the people there were the media, radio, TV cameras, and newspaper journalists and photographers. I watched while they all did their work. 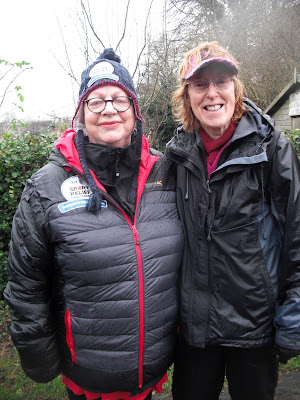 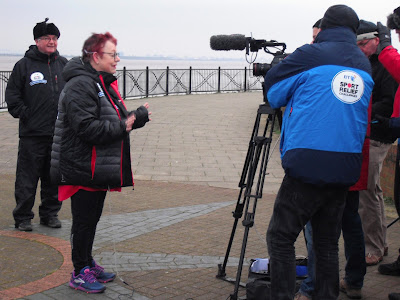 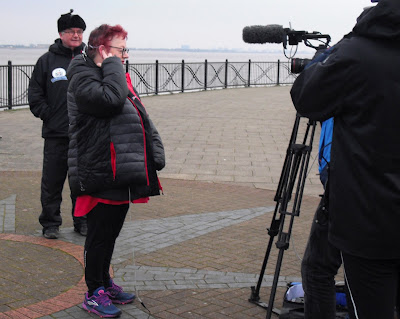 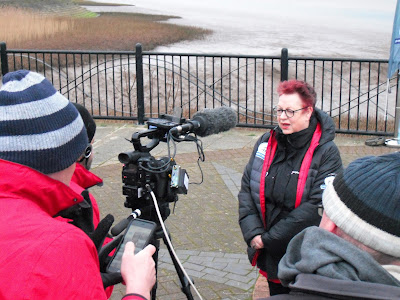 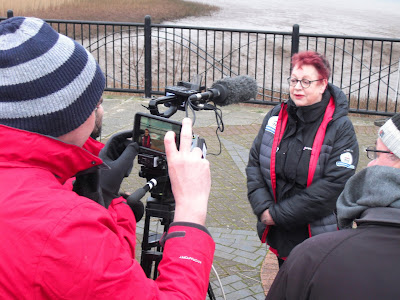 It was time to set off, Jo led the way, and we followed. I decided to leave my car there because the crowds had thinned out a bit so I start walking, rather than drive over the bridge and meet them at the other side. Nobody seemed to be leading the way, and I wondered if Jo knew how to get up onto the Humber Bridge. I caught her up because she seemed to be hesitating, and pointed the way, up the road and take the first right.  The winds were very strong, blowing a gale in fact. It was very cold walking over the river. I got chatting to a man who had come over from the other side to meet up with the group. Jo was full of jollity, cracking jokes with everyone.
An hour or so into the walk it started raining, it got heavier and heavier and hammered it down. Along the route there were groups of people waiting to meet Jo. She stopped to talk to anyone who had made the effort to turn out in the foul weather. 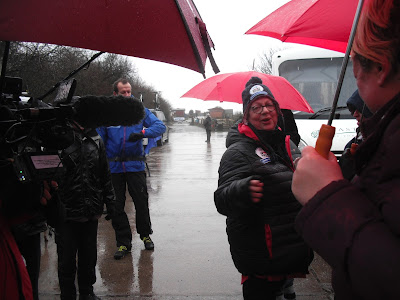 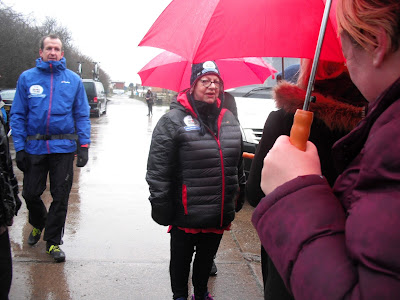 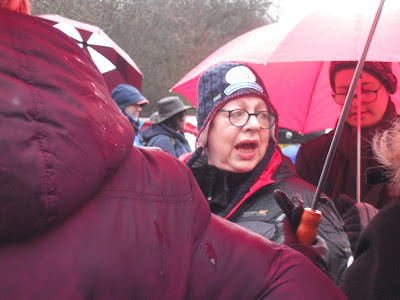 As we were coming into North Ferriby we were greeted by hundreds of children all waiting patiently in the rain outside their schools on both sides of the road. A lot of them had painted their own messages to Jo on colourful signs which they held up high. It was a fantastic sight. Jo crossed over to speak to them, no doubt cracking a few jokes to make them laugh. 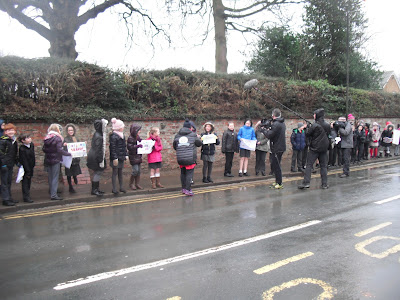 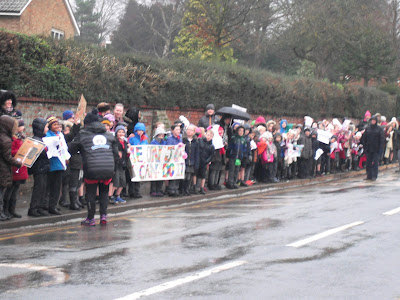 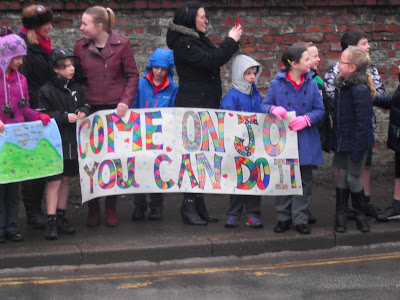 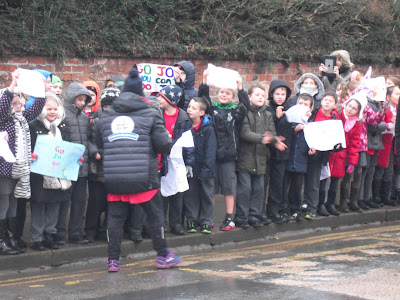 Then she crossed back over to speak to the tiny tots inside their playground. 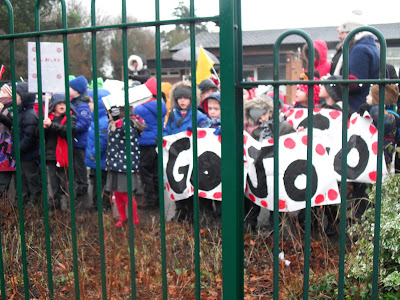 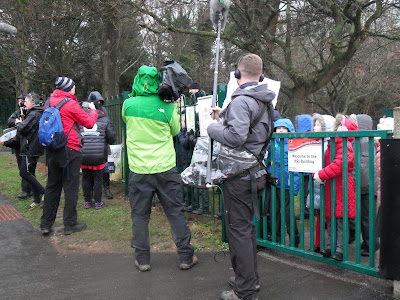 The first pitstop was at the Duke of Cumberland pub in North Ferriby. More people were waiting to see Jo, and there was some filming to do with a group of pork pie enthusiasts. I used the comfort facilities (lavvy), and decided to sit outside at a table with a parasol and eat my sandwiches. I had only just sat down and one of the film people asked me if I would like a cup of tea. I was chuffed at such a friendly gesture, he said come inside, so I did. Look what he brought me. Fantastic eh! 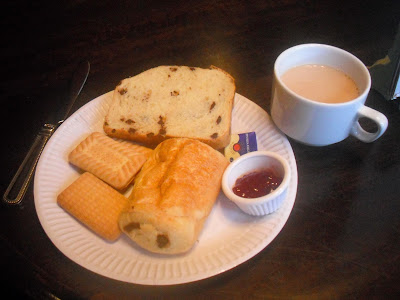 The rain had eased a bit when we set off again. I decided to go a bit further, it was too early to turn round and go back, besides, I was enjoying myself. I had done a few short interviews on camera, not sure if anything will be included in the film they are making, but it was fun to do it, we shall see. I love Jo's sense of humour, she is down to earth, a lot of fun, always joking, and no airs and graces. There is nothing false about Jo, she is what you see on the tele. 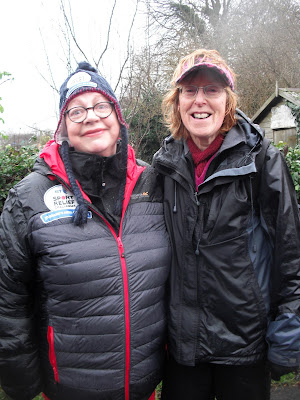 I walked with them to Melton, the next village, where I said my goodbye's and turned round and walked the route in reverse back to my car on the south side of the Humber Bridge. I've checked the miles, it was 7.5 each way, so I've done a total of 15 miles to add to my challenge walk.

That's me done for tonight. I'm clocking off. Thanks for popping in. Catch up soon.
Toodle pip
Posted by Meanqueen at 21:30