Hello Campers. Hi de Hi. I've been checking around the www to see what people are saying about my appearance on Good Morning Britain. There are both positive and negative comments, I've been answering some of them on their Facebook page. Of course it does not matter to me that people have a go at me, I find it quite amusing to be able to answer some of them.
What does the inside of a mini TV studio looks like. It's an amazing array of screens and switches. The van is parked on the road outside my next door neighbours front because the signal is coming from between the two houses and the dish has to face that direction. 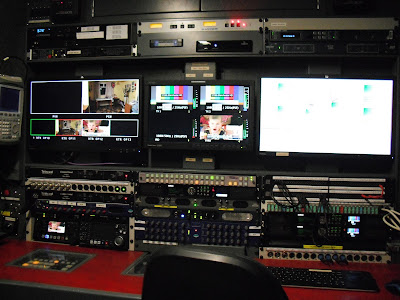 Everything is set up inside the house and a cable is laid between van and house. Live filming is going to start in the living room, with the presenter Katy walking down the halway into the kitchen, where I will be waiting to do my piece. Katy enjoyed my mug of coffee :o) 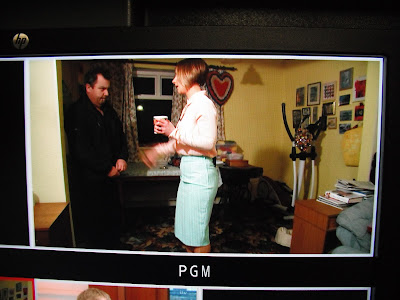 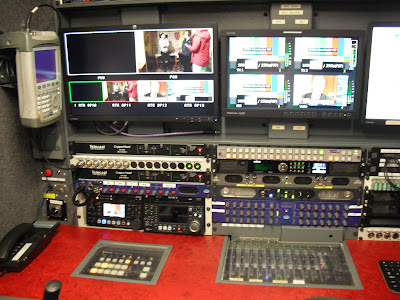 Then the live filming is done, and twenty minutes later I can view it inside the van. She is asking me some questions. We had a little practice first, and I am trying not to hesitate, and remember the words. 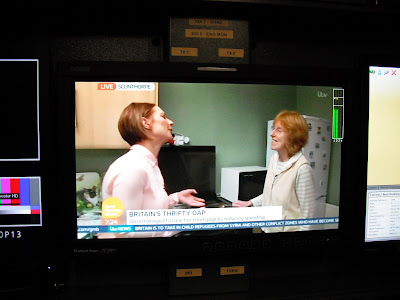 I already have the pan of veg stew, heated on the gas stove. I made it last night. We carry on talking as I am stirring. 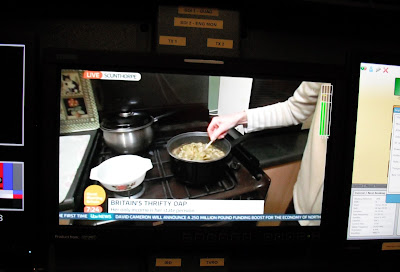 I then spoon some into a bowl so she can taste it. 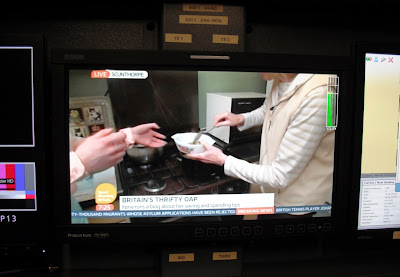 Katy hesitates, she doesn't look to impressed with the colour and texture. Go on Katy, Sprouts soup for breakfast is delicious, ha ha. 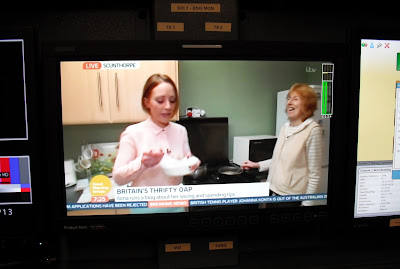 YAY, she liked it and ate a couple of spoonfuls. I offered to put some into a plastic box so she could take some with her, I am generous like that, happy to share, but she declined my kind offer. 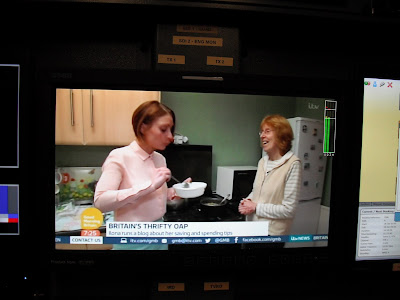 There was a lot of preparation beforehand, and it only took a few minutes to do it. With all the equipment packed away, Katy and the team were ready to go. . 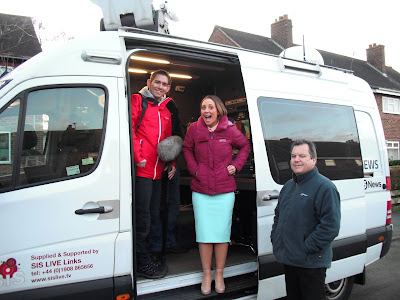 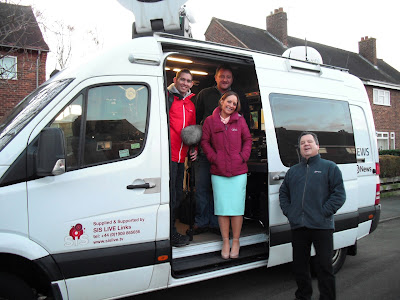 Bye guys, have a good journey. 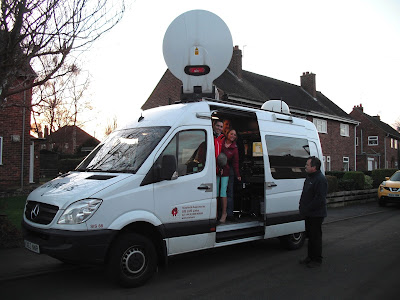 Don't forget to put the dish down. 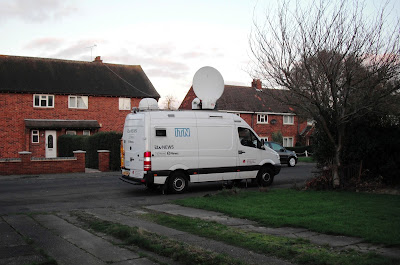 Well that's all done and dusted. I've just had my lunch, the sprouts stew is lovely. Anybody for a cup of tea, I've got 159 tea bags left over, ha ha. No, I didn't buy them, the reporter from the Mail brought them with her. 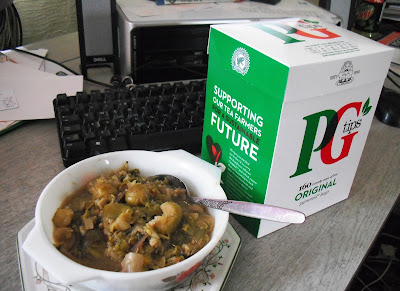 Here is the link to the piece on Good Morning Britain this morning. Thanks to Gill, that British Woman for finding it.

I can't find a link to the Studio interview at Calendar Leeds. There is another article in the pipeline, it might appear this weekend. I think I'll have a rest now. Still not done any walking, unlike Jo, who has now crossed the finishing line at Liverpool. That woman is amazing, there has been times when I thought she might give up, she will be ready for a rest now.

Just been to the vet with Heidi. Another blood test because the last one didn't travel very well through the post to the lab. This time it will be tested on site at the vets as they have a new machine. She appears well at the moment.

Well I'm getting a bit tired now, I think it will be an early night for me. Thank you for popping in. Catch you soon.
Toodle pip.
PS. I have noticed that my members list has dropped by 50 people. Perhaps it is something to do with Google saying you have to sign up to something now. I don't understand it.
Posted by Meanqueen at 20:35