Hello. My visit to Hull yesterday. First I drove to Barton to have a look at the exhibitions in the Ropewalk Galleries. One was closed due to installing new exhibits, the other was a series of paintings which illustrated Spurn Point, didn't like them much at all, and of course the prices were ridiculous. .

Then I caught the bus to Hull. The fountains in the city centre were advertised as something special, I was expecting them to be arty, colourful, and maybe a bit showy with background music. Like dancing fountains. Don't know where I got that idea from. Nope, It was a splash pad, with jets of water coming up out of the ground and lots of little children having fun playing guess which one is going to spurt next, and let's see what happens if I put my foot on this one. It was a gloriously hot day, ideal for a splash about, kids and mums alike were enjoying it. I remember seeing the fountains in Bradford five years ago and they were shooting up as high as the buildings. Maybe that's why I thought these would be the same. Sorry, no pictures, it is frowned upon to take photo's of small children in their underwear in a public place.

Next stop the Ferens Art Gallery to see the pictures from the Sea of Hull, you may remember that everyone was painted blue and photo's were taken at various locations in the city centre. I was hoping to see more pictures than what had already been shown on the internet. There were two that I hadn't seen before, a lot of naked people were photographed on the Humber Bank with the bridge in the background. They weren't blue, just their own naked skin in the buff. The blue ones I had already seen, albeit in a smaller screen size. Have a look at this report in the Hull Daily Mail on the opening day.

Also part of the Skin exhibition are several nude sculptures by Ron Mueck, some of them larger than life, some in miniature, all of them perfect in every detail. They are so lifelike you have to get up close to see where every hair has been inserted into the model. I was not allowed to take any photo's in the gallery, but if you check out this BBC webpage, there is a picture of the Wild Man. The man is a giant perched on a giant stool, the top of my head came up to his nipples. The rest of the exhibition was fascinating, nude lifelike bodies of different sizes.

I wasn't long in Hull, the bus journey took ages because of the heavy traffic. I picked up a few yellow stickers at Tesco in Barton. A nice cauliflower for 48p marked down from £2, TWO CHUFFIN POUNDS, good grief. Bags of salad leaves for 16p.

The duvet has been deconstructed, and is now three separate pieces, now to start sewing. 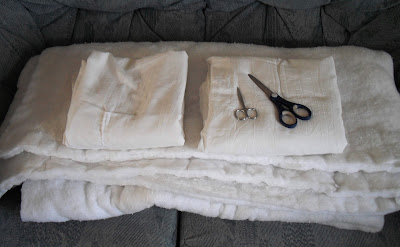 Hands up anyone who uses resealable packs as they are supposed to? I find that they are such a faff to get the two sides to stick together that I don't bother. I cut them off completely, fold over, and seal with a clothes peg. Simple. To the manufacturers, get rid of them and knock a couple of pence off the price. 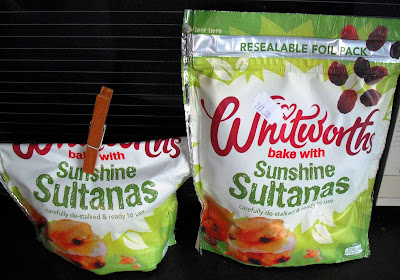 Here's a thought, are young people losing their observational skills? I presented this at the checkout at Wilko, girl scanned it and held out her hand asking for 50p. Hey girl, open your eyes, what does it stay there? I do despair, no wonder the tills are being replaced by self serve, brains are no longer required to be a checkout assistant. 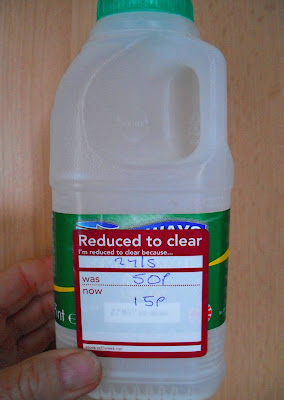 Now to the most important part of today's post, THE WALKING GROUP CHECK IN REMINDER. Come on, are you a bragger, or a fessing up participant, ha ha. Have you broken all records with your walking, or have you failed to get up off your bum? I am a bit of both. I will get on with it when I feel like it, or I can say stuff it, I'll not bother today. I am able to ease up a bit on the three mile daily walks because I have clocked up a few extra miles on longer walks. It's like a deposit account, today I have 570 miles in the bank. On the other hand, if I take my eye off the ball for too long there is a possibility that I might fall behind. I can't let that happen.

So how are you doing? Let us know so we can admire your stamina or give you a kick up the bum to get on with it. Only joking, don't get too hung up about the numbers, just do as much as you can. It needs to be enjoyable, not a slog.

Thanks for popping in, we'll catch up soon.
Toodle pip
Posted by Meanqueen at 09:56