Happy cat, but not so happy dogs

I saw such a lovely sight this morning, and was annoyed with myself for not having my camera with me. I was walking Jessica blind dog on The Hills, when I came across Paul, hubby of Janet, walking their dog Tango. Tango is not very well and walks quite slowly.

The Hills is a wide expanse of grass which is regularly mown, with views over the River Trent on the one side, and the backs of houses on the other. Paul and Janet live in one of the houses and they have a gate from their garden straight out onto The Hills. It's a popular dog walking area, with fabulous views because it is so high up.

I was thrilled to see Mr Beasley tagging along with them. Apparently he often does this. As soon as they set off he jumps over the fence to join them. 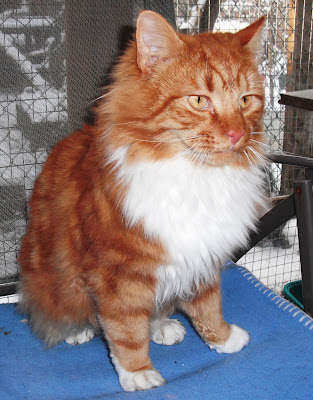 Remember Mr Beasley, the cat who wouldn't stay with his owners after they moved house, he kept going back to his old house. It's lovely to see him so settled with Janet and Paul, he is adored by them. He still remembers me and came running when I called his name.

Not such a happy ending for little Rocky though. If you remember his owner always kept him in the back garden with a shed to sleep in. He kept escaping and going across the road to Barry's house, and stayed there for quite some time. We were hoping that she would hand him over permanently, but she has taken him back and sealed up the holes in the fence where he was getting through. I have asked her if he could go and stay with Barry, but she says her daughter wants to keep him because they have had him from a puppy. 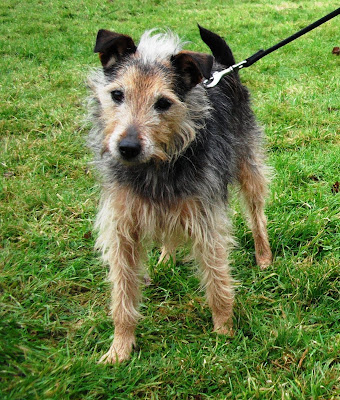 Poor Rocky is now a prisoner in his garden again, and there's not a lot we can do about it. I will ask her again to reconsider, and think of the happiness of the dog, but she seems oblivious to Rocky's needs. He is not being ill treated, but he must be lonely. Barry and myself make a point of walking past the house every day to talk to him through the slats in the fence, and push meaty treats through for him.

I saw something that shocked and upset me this week. A dog that I have known for about five years has lumps and knots of matted fur in his long coat. He looks very badly neglected. I asked the owner how she had let it get into that state, and I got a load of abuse from her. I am expecting all hell to break loose when she gets a visit from the RSPCA. I can't help it but I will always speak up for animals if I think they need help, because they can't tell us what is happening to them.
This is what he should look like, he doesn't look like this now. 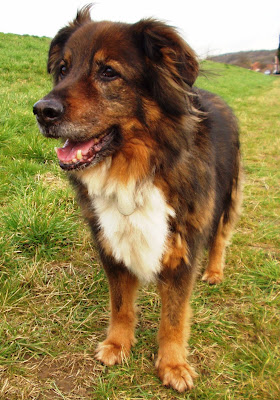