What a day I've had today. It was a sunny start so I thought let's get off for a walk, checked my maps and picked out an area just off the M1 motorway junction 37 north of Shefield. There seems to be plenty of footpaths to do a circular walk, starting at Silkstone.

It wasn't long before I found myself on a very long bridleway which was a sea of mud. Oh well, I thought, maybe it will get better further on. Wrong! It seems every way I turned I was paddling through boggy fields or slipping around on muddy paths. Instead of a pleasant stroll through the beautiful countryside I have been on an army assault course. I now feel fit and able to join the lads on their next mission.
I have taken a few photo's, not a lot, I'm sure you all know what a boggy field looks like.
This is Silkstone Church, it sits high up on a huge piece of land, at the crossroads in the centre of the village. I went inside and found two guys putting books out ready for the coffee and book sale tomorrow. They were very chatty and told me a few interesting stories about the history of the village. 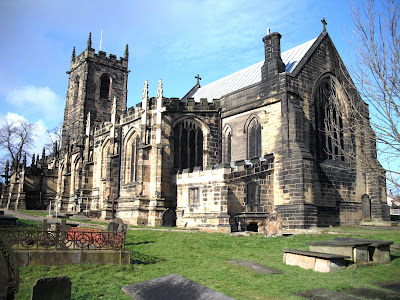 This stile is an example of health and safety gone mad. The stone steps up and over the wall are all that's needed and have been around for hundreds of years. This design can be seen all over the place. Some bright spark has decided that a wooden frame needs to be built around it with hand rails, presumably so that us incompetant walkers don't fall off. 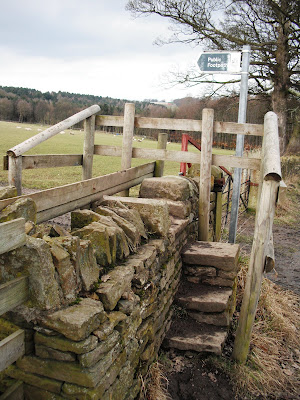 This is Cannon Hall, a big stately home near Cawthorne. There was a wedding party having their photographs taken. 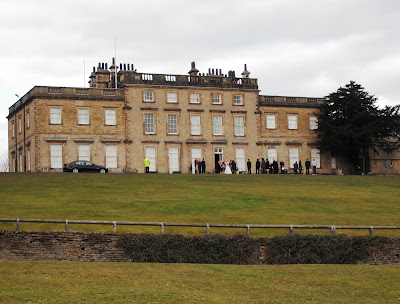 This is the river that runs through Cannon Hall Country Park. 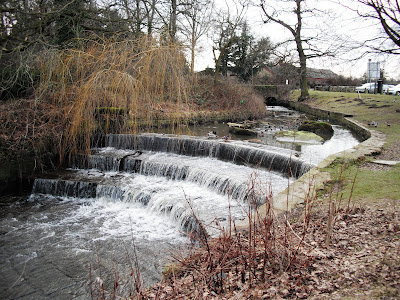 And some of the birds that live there. 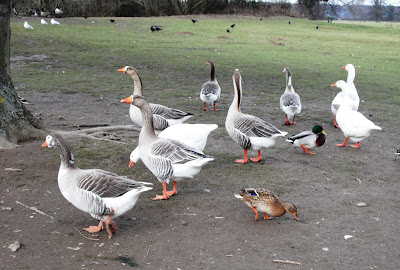 There is also a Cannon Hall Farm which I came to after passing through some fields of sheep. It must have been feeding time, because a farm worker turned up on his quad bike with a trailer, and started dropping piles of feed . It was ever so funny, the sheep were chasing him as he went from one field to another. The farm buildings were surrounded by high fences and had notices up saying no entry at the back, because there is an entry fee to pay. I passed by the front driveway ten minutes later and the sign said £4.95 per car. I suppose that is quite reasonable if you can squash about a dozen in your car :-)

As usual I over estimated the distance I thought I could cover in the time, and ended up doing the last bit on the road. I really must start out a bit earlier next time.