On Wednesday I set off for another walk, from home. WHAT! Another walk, yep I was itching to go again, I was on a roll, and nothing was going to stop me. I am blessed that we have lovely countryside around here. I have written about Alkborough Flats before, this is where they have built a mud plain, when there is a lot of water about it can enter the breach from the river and flood the land. It is a haven for wildlife, especially birds. My photo reveals how low the water level is at the moment, we are desperately in need of rain. From the bottom of the grassy slope to the river bank should be flooded, it is mostly dry mud and in parts the vegetation has started growing. 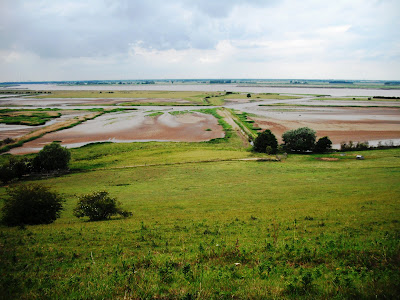 Hey look at all the poppies. I could see this field from a long way off, so walked towards it to get the photo's. Isn't it magic. 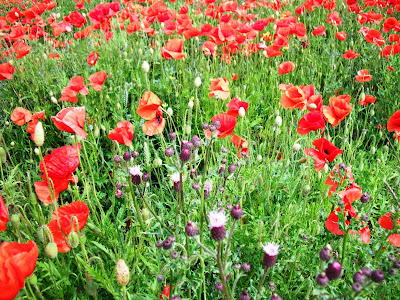 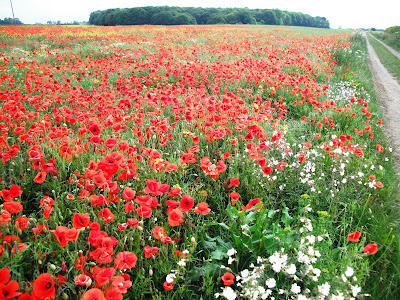 I did a big circular walk, through four villages, and by the time I got back to my own village the sun had been covered by this amazing cloud.
That's another 13.41 miles under my belt for this week, making a total of 43.78 since Saturday, and that's not including the dog walking. 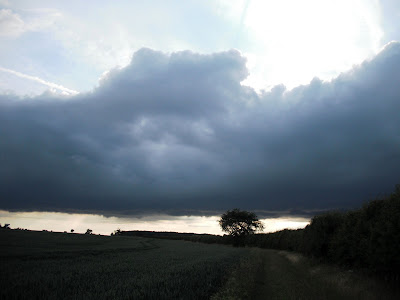 I was walking along minding my own business when a very strong strange smell reached my nostrils, I was passing a pea field, all the plants had been flattened where the machine had run over them. On closer inspection I noticed that there were still some plants around the edges that the machines had missed. Too good an opportunity to miss I thought, so I filled my plastic bread bag which had previously held my sandwiches. 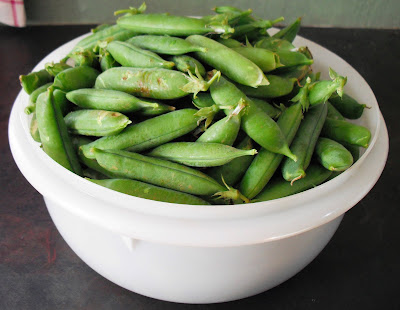 If I hadn't picked them they would have rotted and been ploughed back into the ground. There is a lot of talk about food waste, and the supermarkets are always a target for blame. But it seems to me that farmers are the biggest food wasters. Why don't they invite people to come and pick over the land once they have taken what they want. This is the definition of gleaning taken from Wikipedia.
The act of collecting left over crops from farmers fields after they have been commercially harvested or on fields where it is not economically profitable to harvest. Some ancient cultures promoted gleaning as an early form of welfare system.

I have googled this and found that in the USA it is common for people to glean what they can. Organised groups go out to pick the food and distribute it to the poor. What a brilliant idea.

I've found this web site which might be of some interest, it sheds a bit more light on it. I can't find anything about it on a UK web site.
www.laughingdogfarm.com/gleaning.htm
Anyone else been gleaning?
Posted by Meanqueen at 18:22