I've just dug out the last few photo's of Whitby, a few odds and sods that caught my eye. I love looking down on these red roofs on the East Bank. 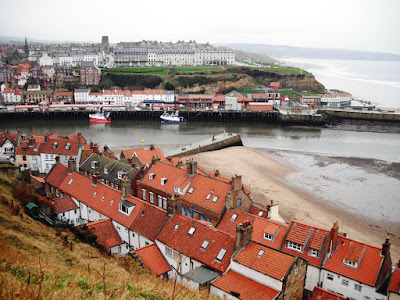 I was fascinated by these two gulls who kept stamping their feet, are they trying to keep warm I wondered. After a few minutes all was clear when one of them bent down to pull a worm from out of the ground. Clever seagulls :o) 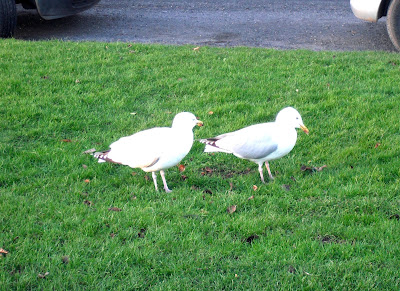 There are hundreds of green benches all over the place, and quite a few of them have bunches of flowers left on them, presumably as some kind of memorial to a deceased relative or friend. Someone has gone one better and spent a bit extra on a basket of flowers, which was tied on with a piece of string. No doubt it made the person leaving it feel a bit closer to their loved one, but I can't help thinking that if the money spent had been given to charity, and a simple home made version using foliage from the hedgerows used, it would have still had the desired effect. 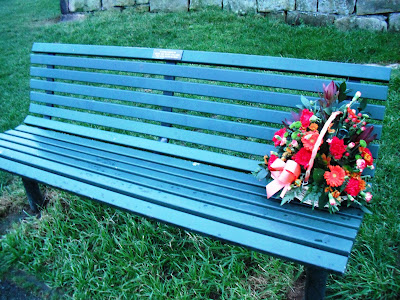 And then I saw this. Now this memorial has my full approval, what a fabulous seat, made in wrought iron. It's going to last many years, and be usefull as a resting place for anyone who needs to sit for a while. I think every sea front should go for this idea. They could all have a different design, and be painted all the colours of the rainbow. Wouldn't that be just fantastic. 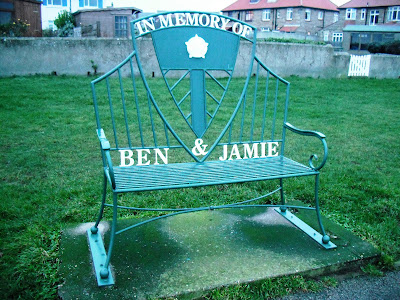 What a spectacular building this is, standing high and proud on the West Cliff overlooking the sea. There is a restaurant and a pub on the ground floor, but the rest of the building didn't look to be occupied. I assume it must have been a hotel at one time, but there were no hotel signs to be seen. I would love to have a snoop around inside. 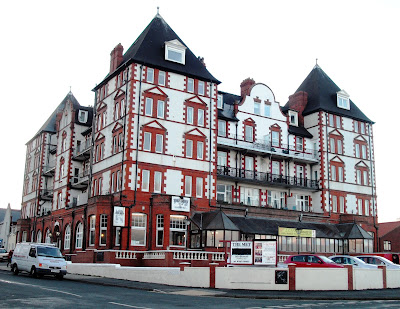 I love these shelters on the promenade. I can just picture ladies and gents in their 40's and 50's outfits, sitting chatting and eating their fish and chips. 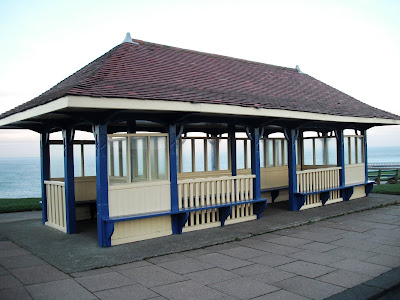 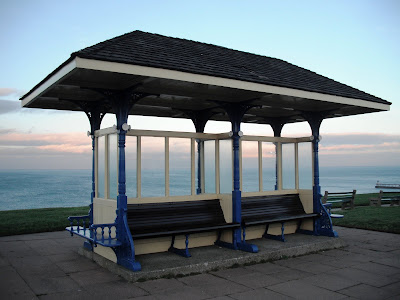 This is Crescent Gardens on the West Cliff. In the centre are flower beds and lawns which you can walk through. 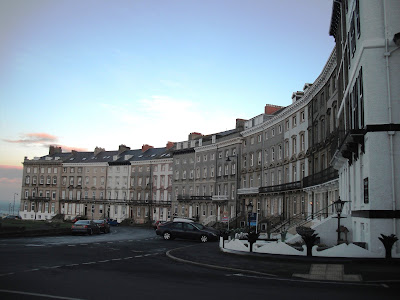 I haven't yet mentioned the Dracula connection, I will now. Bram Stoker found some of his inspiration for the Dracula stories from Whitby. He stayed in a house on Crescent Gardens. In 1994 the Whitby Goth Weekend was founded, and has grown into one of the worlds most premire Goth events. There is a Goth weekend 26th - 30th April 2012, and another from 31st October to 5th November. I love the way the Goths dress, I might go to one of those. That's all for Whitby, thanks for looking at my photo's. Catch up tomorrow.
Posted by Meanqueen at 11:00