It's been an exciting day here at Tightwad Towers, the holiday plans have been re jigged to fit in a day trip to London. Not a good place to be going to at the moment because of all the security, and masses of people. My friend Carol went last weekend and she said it was horrendous, millions of tourists, chocablock everywhere. But this is a day out I have to do. It's the only time I am going to be able to see the Super Yacht Ilona in person. I will never have another chance to do this, so I have to go.

I checked the location of Ilona on the Port of London website, and sent an email to ask  how long is it going to be there. They very kindly sent my email on to the London Waterways Administrateo at the Canal & River Trust. I had a lovely reply from a young lady who said it is due to leave on the 8th, and I would be able to get close enough for photographs. Whooopeeeeee, I'm going to London to see it on the 2nd. Won't that be just brill, I'm so excited. If I see someone pottering around there I will ask if I can go on it for a little look inside. Don't suppose they will let me, but if you don't ask......

I thought it might be fun to dig out all the bits and bobs I have collected over the years with my name on. When I was a little girl I was always disappointed that I couldn't find anything in the shops, when all my friends bought things with their name on. I hated my name because it made me look different to everyone else, and made it much harder to fit in. No one had ever heard of it before, no one could say it and no one could spell it. I cursed my mother for giving me that name.

Then eventually I began to like it. It was still a pain though to have to explain to everyone how to pronounce it. I say it with a German accent you see, because that's how mum taught me.

So here is my collection. I bought a set of chrome letters to put on the front of my truck. I mounted them on a board and bolted it to the grille. If I had to drive different lorries I would put the plastic number plate type in the windscreen. 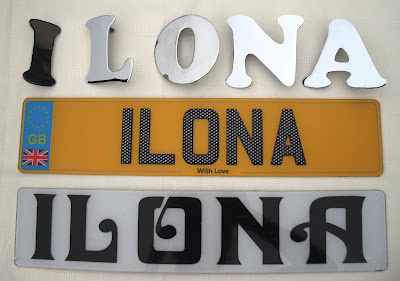 I have five books. The first one was found by a friend as she was rummaging through a box of books at a car boot sale in Southampton. This was the first I knew of a book called Ilona. Luckily it was in English so I could read it. Although I am half German I can't speak the language. I looked on ebay and found the other four, now I have three in English and two in German. 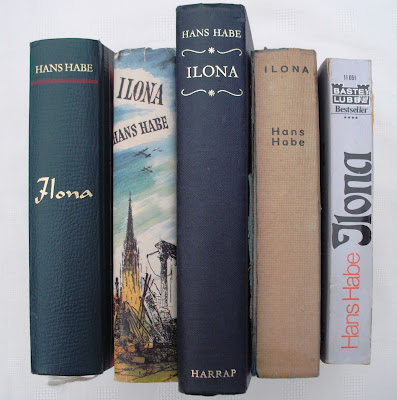 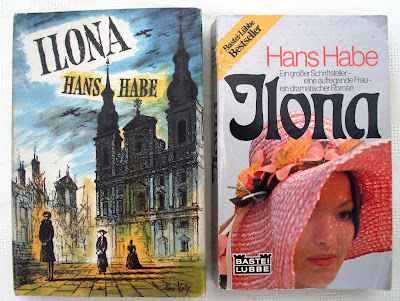 This is a book of poetry given to me by a boyfriend many years ago. I'm not telling you his name, ha ha. 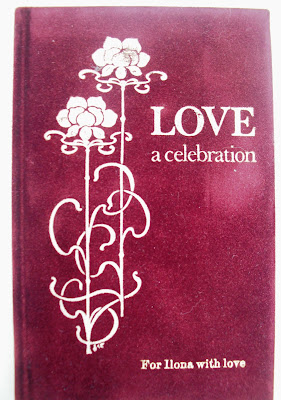 I put Ilona into ebay search and found this cd. She is a young singer from Italy I think, it was recorded in Naples. Not my cup of tea but the cover is nice, ha ha. 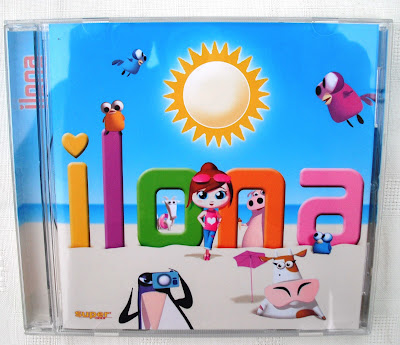 I was at a craft fair once and there was a man cutting names out of wood. Of course I had to get mine done. The little yellow badge I used to wear when I was a coach driver. 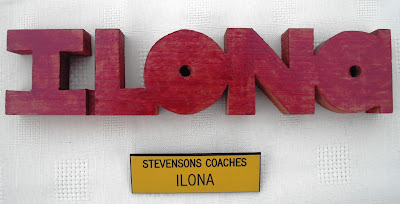 This is a little notebook, someone gave it to me. Here the letter I looks very much like an H when it is crossed like this. It's a common misspelling. 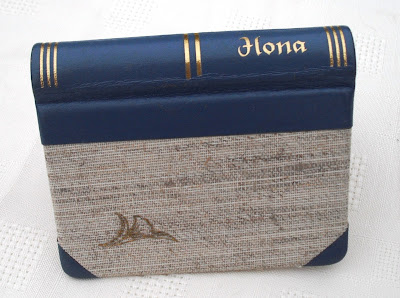 I've had my little dolly for many years, found her in a shop when I visited Germany. The box is looking a bit battered now. 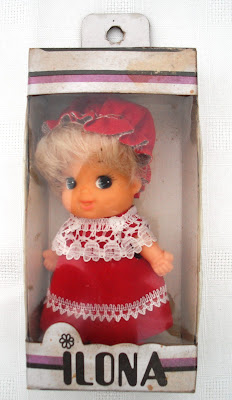 The key ring on the left was given to me by a friend who visited Germany, and the purpley one from another friend who brought it back from Holland. The bottom one is one I made. 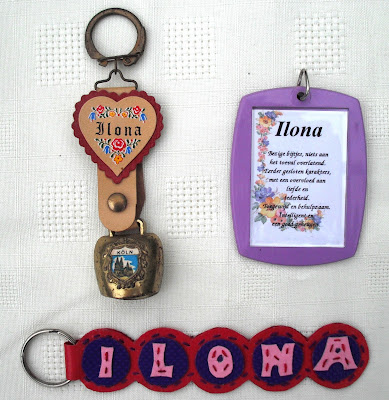 Three mugs with my name on. The Calamity Ilona one is about 45 years old, I bought it from a stall at the seaside. They could put any name on you wanted. The other two were gifts from friends. I have never used them. 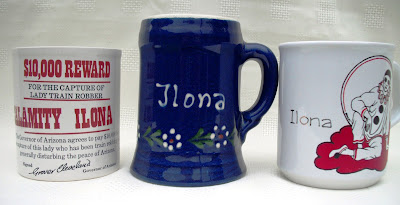 Here is a bit of silliness for you. Toodle pip

Email ThisBlogThis!Share to TwitterShare to FacebookShare to Pinterest
Labels: odds-n-sods, reflections on life