Making a gift for my friend

I've been a bit busy today, being creative, but have managed to fit in a walk in the park. It was a gloriously sunny morning, just a tad chilly, but  nothing that a good heavy jacket and lots of layers couldn't cope with. From a distance I could see that the deer were congregating near the fence at the back of the hall, so I legged it over there to watch them for a while. They get their winter food brought to them on a tractor and trailer, due to not much grazing. 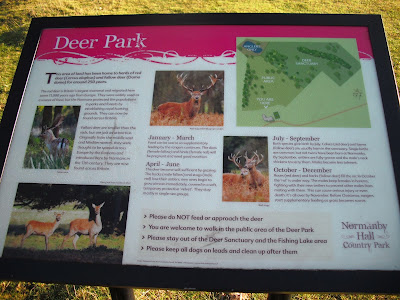 Unfortunately I had just missed the scattering of the food, so it was heads down as they foraged for every last morsel. I see there are a few young ones this year. I love to watch them. 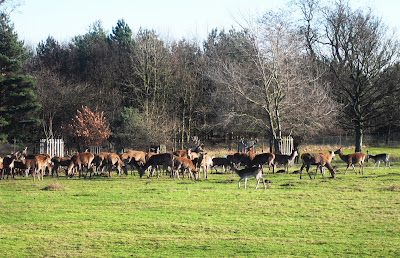 Around the back of the hall is a sun trap. It is also where the staff put out the corn on the steps and window sill to encourage the peacocks to visit. There were four of them there today. 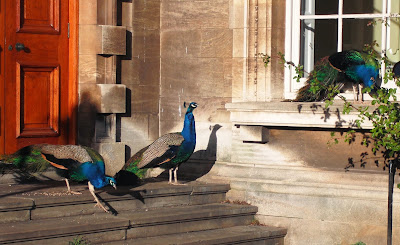 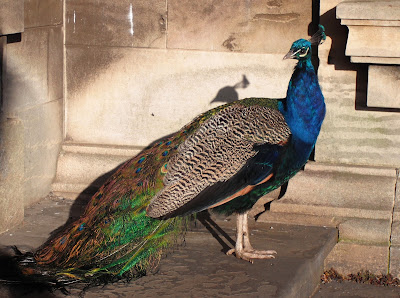 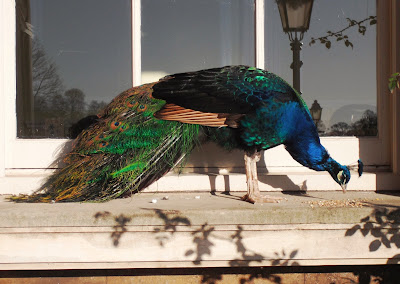 They wander freely around the grounds, though they tend to stick close to the house, the walled garden, and outbuildings. They are often hanging around the car park, a nice sight to greet the visitors. 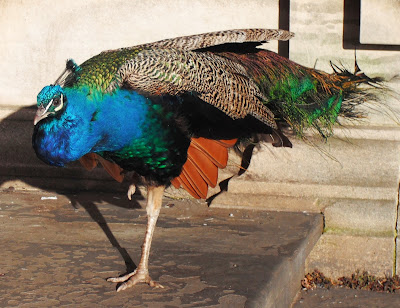 There is an information building, and inside is Joey. He was the dominant male of the herd, until he was challenged for top position in a bloody battle, and came off worst. He died from his injuries. 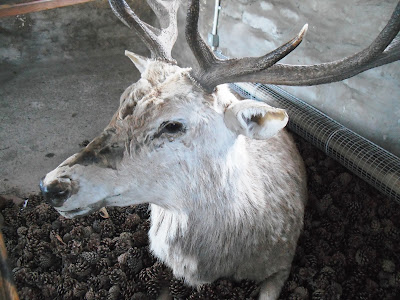 Poor Joey, and now he has no legs, I wondered what happened to them. I don't like to see stuffed animals, I think taking a dead body apart to use the skin to build it back up on a frame is  disrespectful to them. I suppose Joey could have been served up as steaks. Even so, he should have had a dignified funeral. 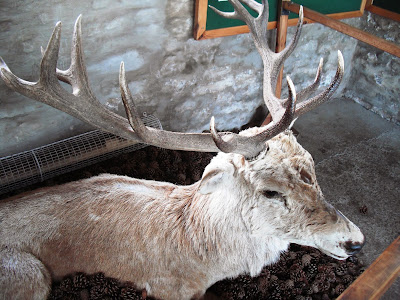 Here is a little teaser, a couple of mini pics of what I have been doing today. I need to get this finished for Christmas because it's a pressie for someone. Can you guess what it is? No prizes. 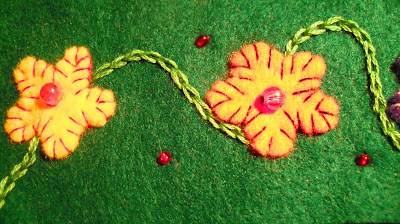 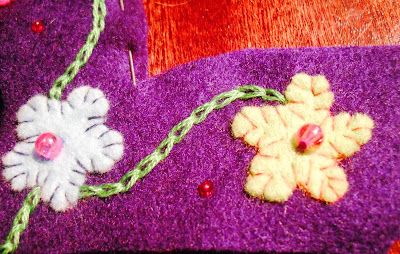 Must get back to it, I'll post the pics when it is finished.
Toodle pip.
Posted by Meanqueen at 18:44