Moving on to another patchwork project.

Craft and Chat club was very busy this morning, a full house of twelve turned up. We have room for more should anyone else decide to join us, maybe they will once Crimbo has been and gone. The tables were split into two camps so that three ladies could get on with making Christmas wreaths without disrupting the rest of us with their piles of greenery. Two of the ladies were receiving instructions from the third who makes them every year for Normanby Hall. The finished wreaths looked fabulous, a great first attempt to be proud of.
I took the last bit of patchwork to be completed for this cushion, then when I got home I knocked up the cover it was to go on. So here is number five, the last one. Phew, I'm glad that has finished. Don't much like repetition, want to move on to something else. 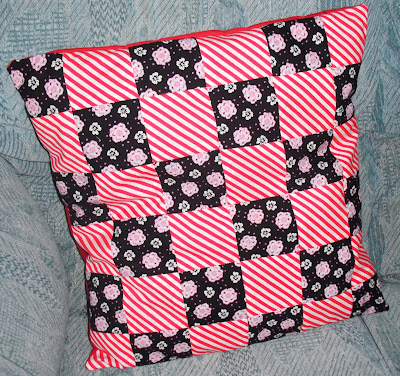 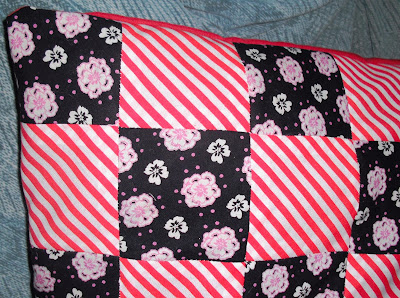 A full set of five. Spose I could make another one, no maybe not. Five is enough. I'm mighty pleased with them. 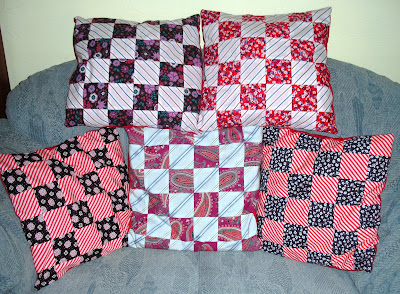 I've made a start with another project, using up all the bits I have accumulated. Rather than just piece them together which would be a very fiddly job, I am using an old sheet to sew them onto. This is a bit of an experiment to see how it turns out. I have cut a 24 inch square from the sheet and started by pinning a square scrap in the middle. The idea is to go round and round it, until I get to the edge. Adding complete strips, or making up longer strips out of two or three pieces of contrasting fabric. The width of the strips doesn't matter. I started this off with hand sewing at the club this morning because I didn't have anything else to take with me. It's quicker and easier to do it by machine, so I'll continue with it at home. 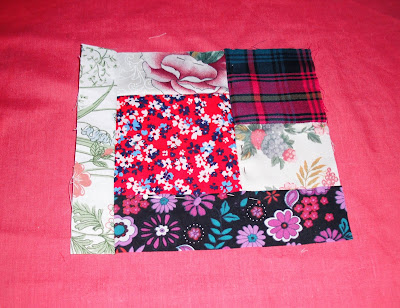 The idea is to cut the next strip to size and put it face down on the edge you want to add it to, then sew it on. 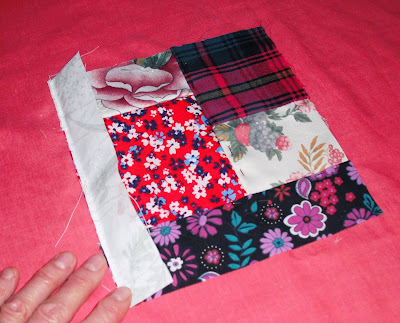 Then fold it back so the right side is showing. At this stage you could iron it flat as you go, but I think pinning it is enough until you sew the next piece on. 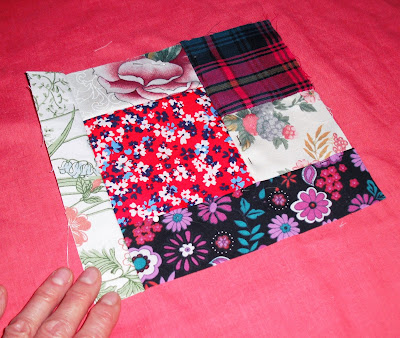 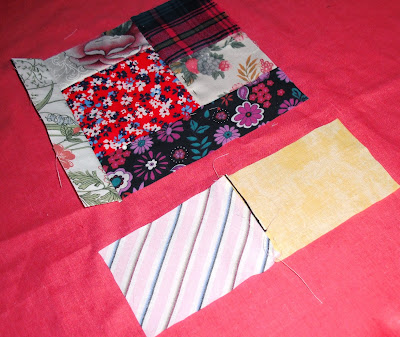 Pin it with right sides facing each other, and sew it together. 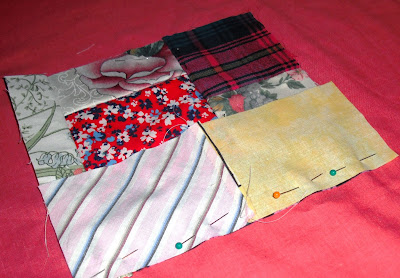 Then fold back, and pin it down. 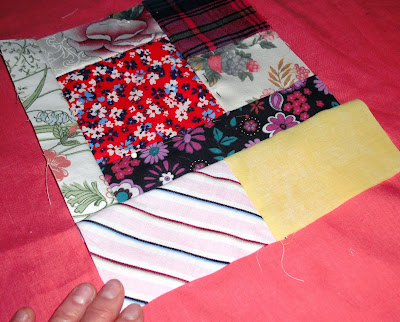 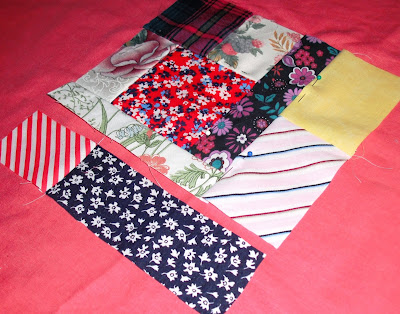 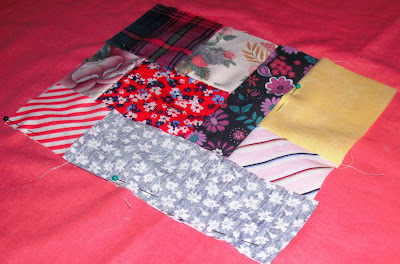 Fold back. Another strip added. 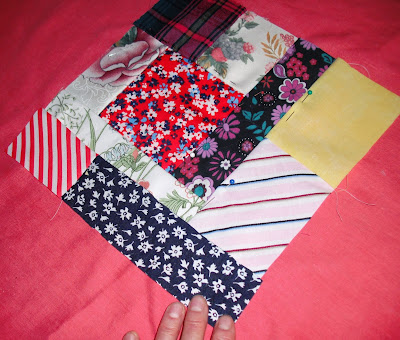 I will keep going like this and see what happens.
Toodle pip.
Posted by Meanqueen at 17:49