Thank you all for your comments on yesterdays post, there was some interesting stuff there. It's great when you take the time to write about your experiences, we can all learn from them.
The weather has been miserable today, so I have been playing with fabric, and bopping around the room to the music on Radio 2. I had a smashing salad lunch, couldn't be better.
So, I have an idea for a bag. I have a massive piece of donated denim to use up, so I cut two pieces for back and front. I have been collecting tiny pieces of scrap fabric to try something I have seen on a yootooob  video. Spread some of it out on the front of the bag, in a sort of oval shape. 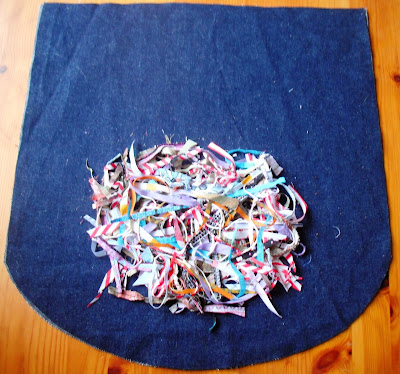 Bits of cotton and string included. 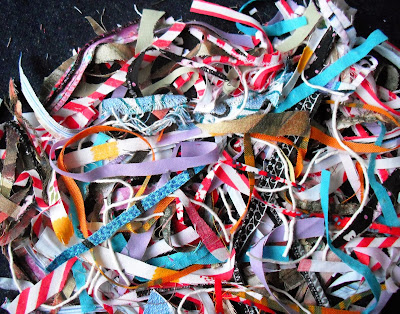 Then cut a piece of gold coloured organza and pin it over the top, tuck the stray bits inside. I used a zigzag stitch and went around the outside twice. 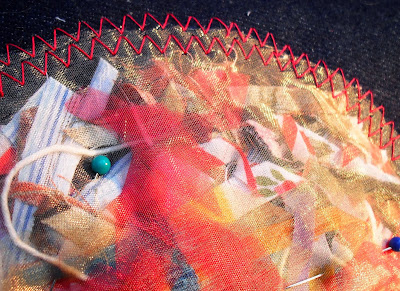 Next I went across the oval a few times, then did a spiral from the outside to the centre. Looks a bit like a pizza now, ha ha. 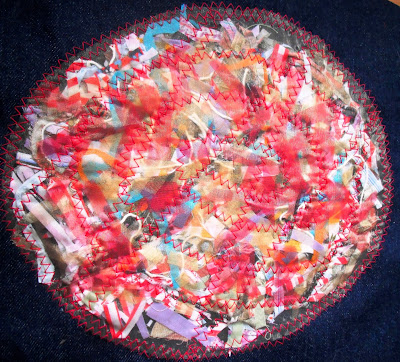 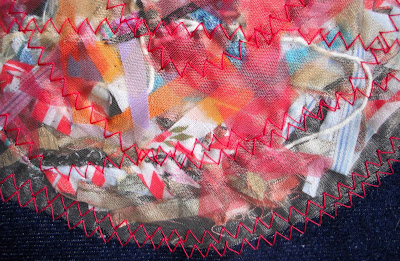 Check this out for ideas if you want to have a go.

To make the bag a bit more interesting and jazz it up a bit, I am making some embellishments. I made the first one of these out of velvet, but it was a bit too bulky, so I found some thin silky fabric, it works better. Cut two circles, one bigger than the other. 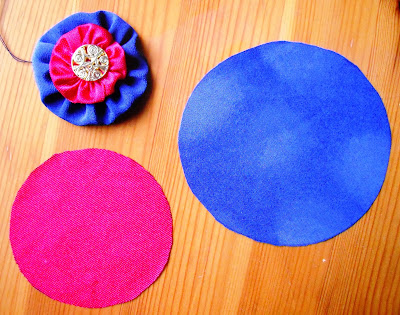 Sew around the edge using a matching cotton, with a running stitch, and pull tight to make a puff ball, then flatten it. 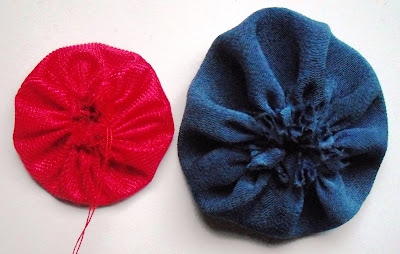 Put the two pieces together and sew a button in the centre. I have six matching buttons to make more, I'd better get on with it. 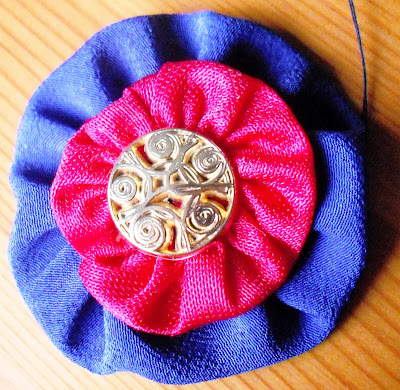 Look out for part two of the bag. Toodle pip.
Posted by Meanqueen at 17:07