A bimble round Burton on Trent.

I had a trip down memory lane yesterday. Apart from three years of living in Blackpool, and two in Birmingham, and an attempt to live in Majorca which lasted two months, I spent the first 46 years of my life in Burton upon Trent. I moved up north because I had a job in North Lincolnshire.
It's interesting to go back to your roots now and again, usually when I visit Burton it's just to see family, I don't bother to have a look round. Driving through it I have noticed a lot of changes, most of them are not particularly pleasing to the eye. Maybe I think that way because my mature years tell me anything that alters the history and architecture of the place is tacky and a carbuncle on the landscape. If I was looking at it through teenage eyes, I would probably think it is pretty darn cool. Age changes how you look at things.
Funnily enough, it is not these massive brewery tanks that make me cringe, I think they are quite handsome, stacked in neat rows with their stainless steel overcoats glistening in the sun. They have a sense of orderliness about them, they have been placed with great precision. 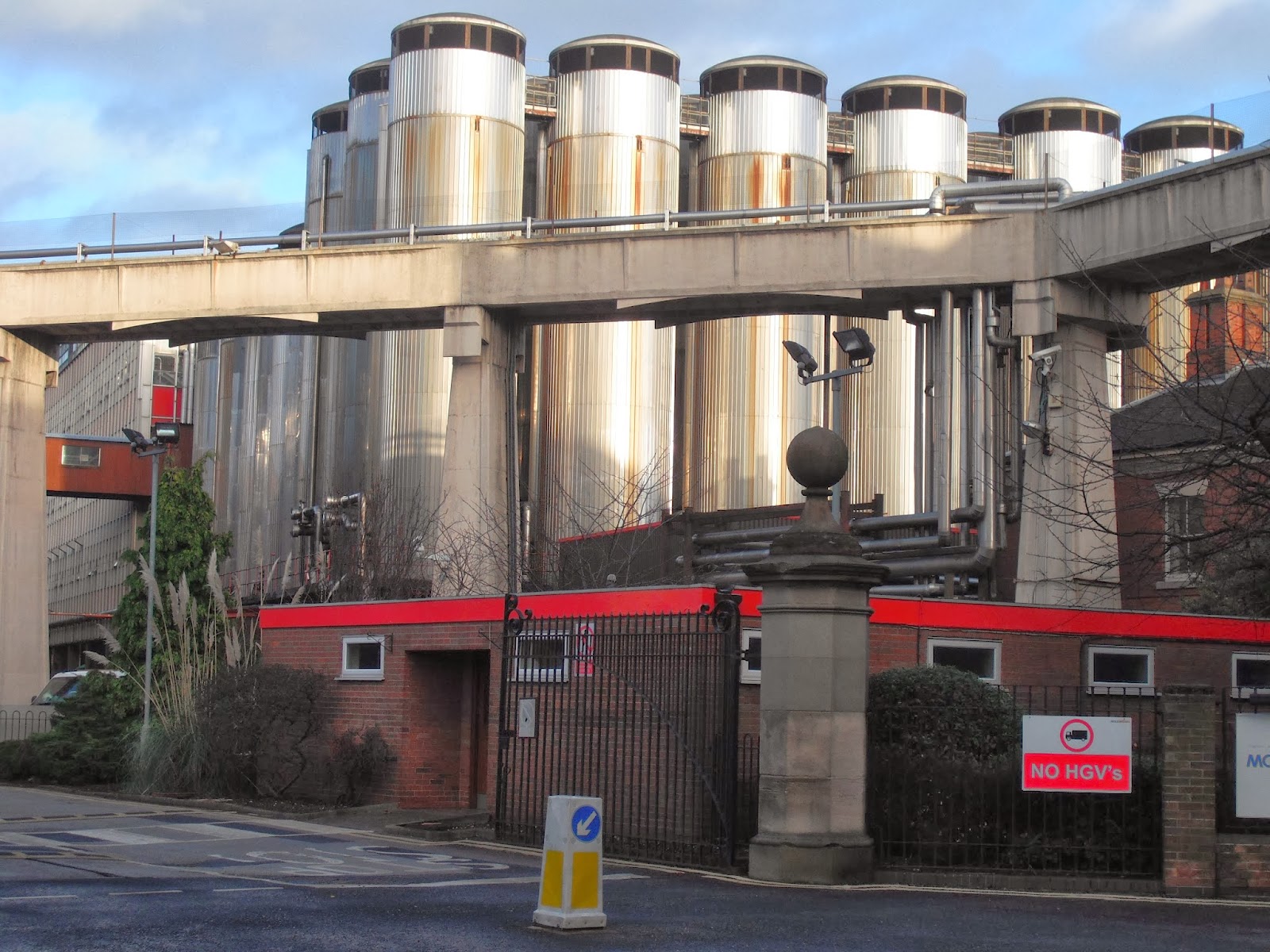 I feel drawn towards their magnificence, standing tall and proud, like masters of the town looking down on their subjects. 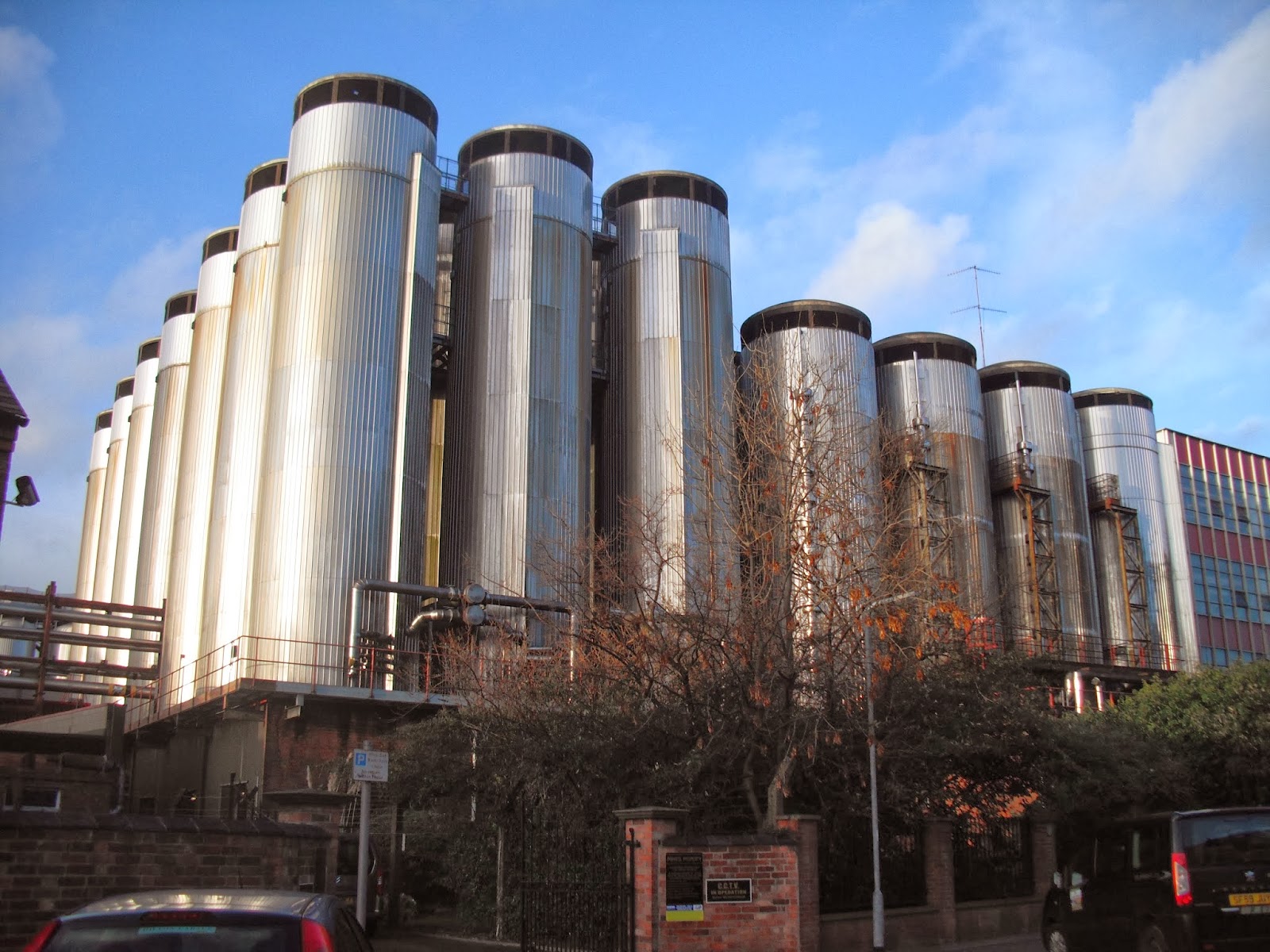 I see that the old grain warehouse at the corner of Derby Street and the station Bridge has been turned into a Travelodge. I like the way they have kept the old features. 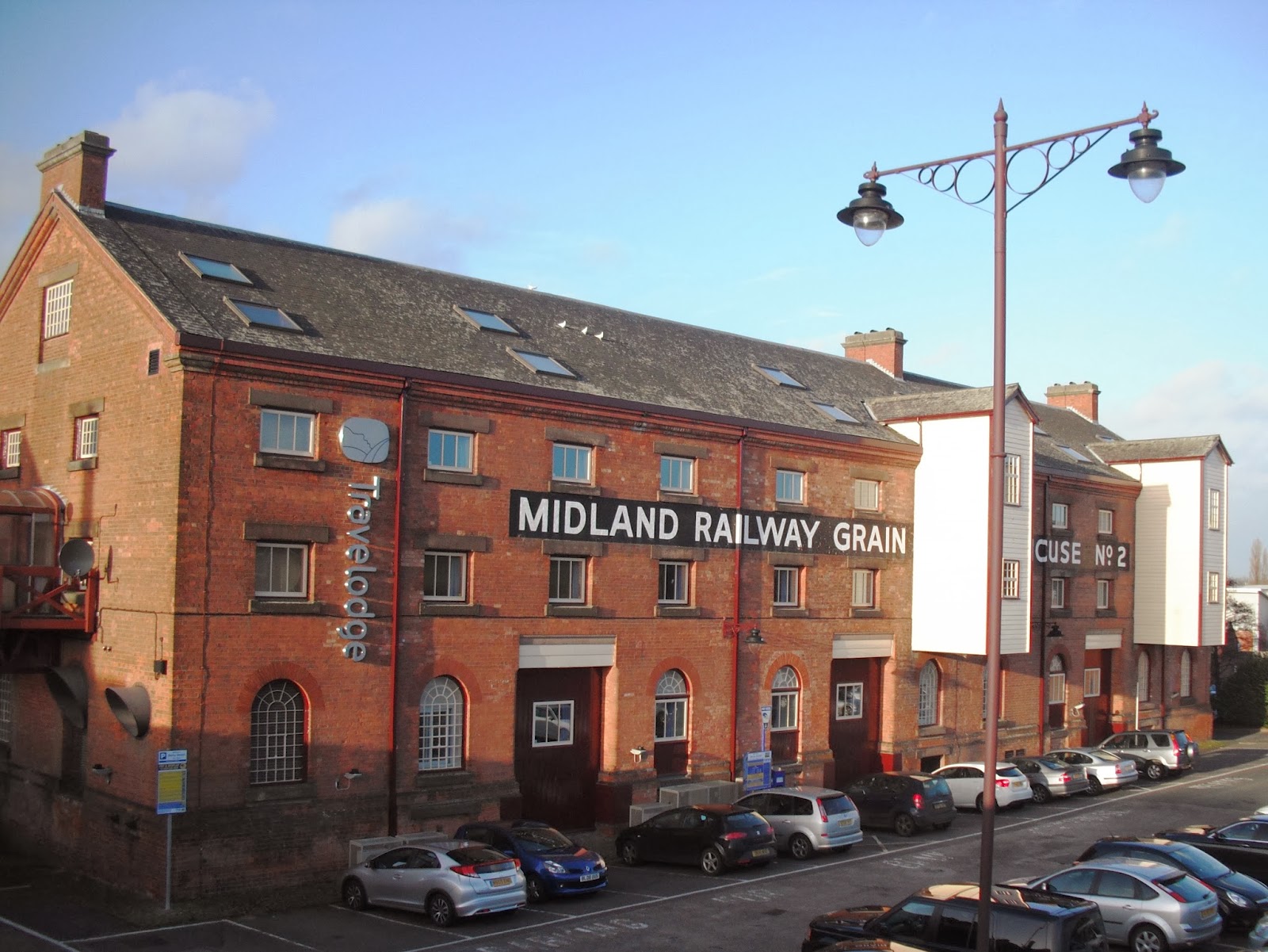 These buildings at the top end of Station Street have been here a long time. Some of the shops are empty, but they still look in good order. 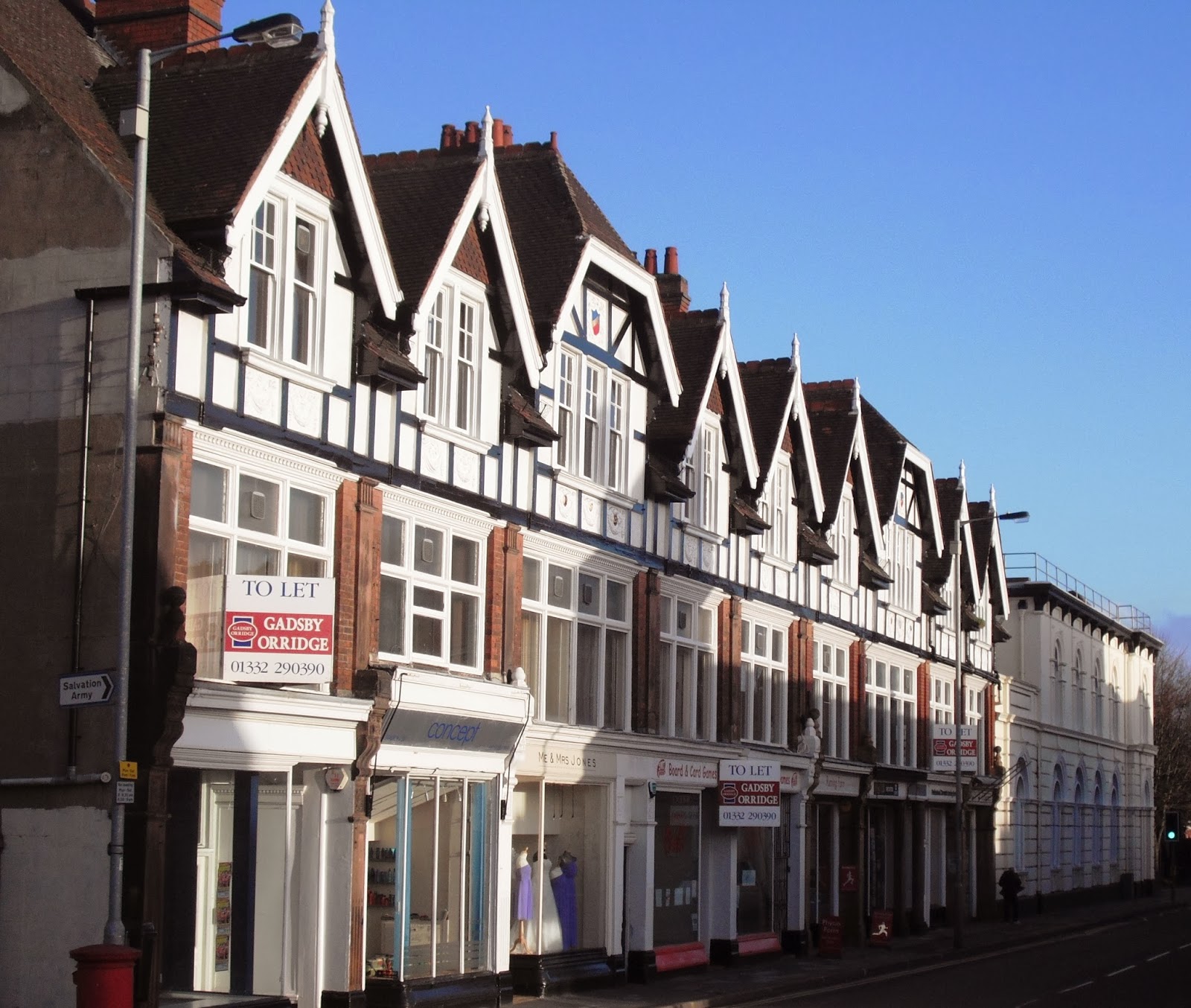 And look at this magnificent building. It looks so strong and robust that nothing would ever knock it down. It is an old brewery building right at the very end of Station Street, tucked away in a dead end near the bridge. It doesn't appear to be occupied, such a shame. It looks like it has been used for industrial units, I hope they find another use for it. 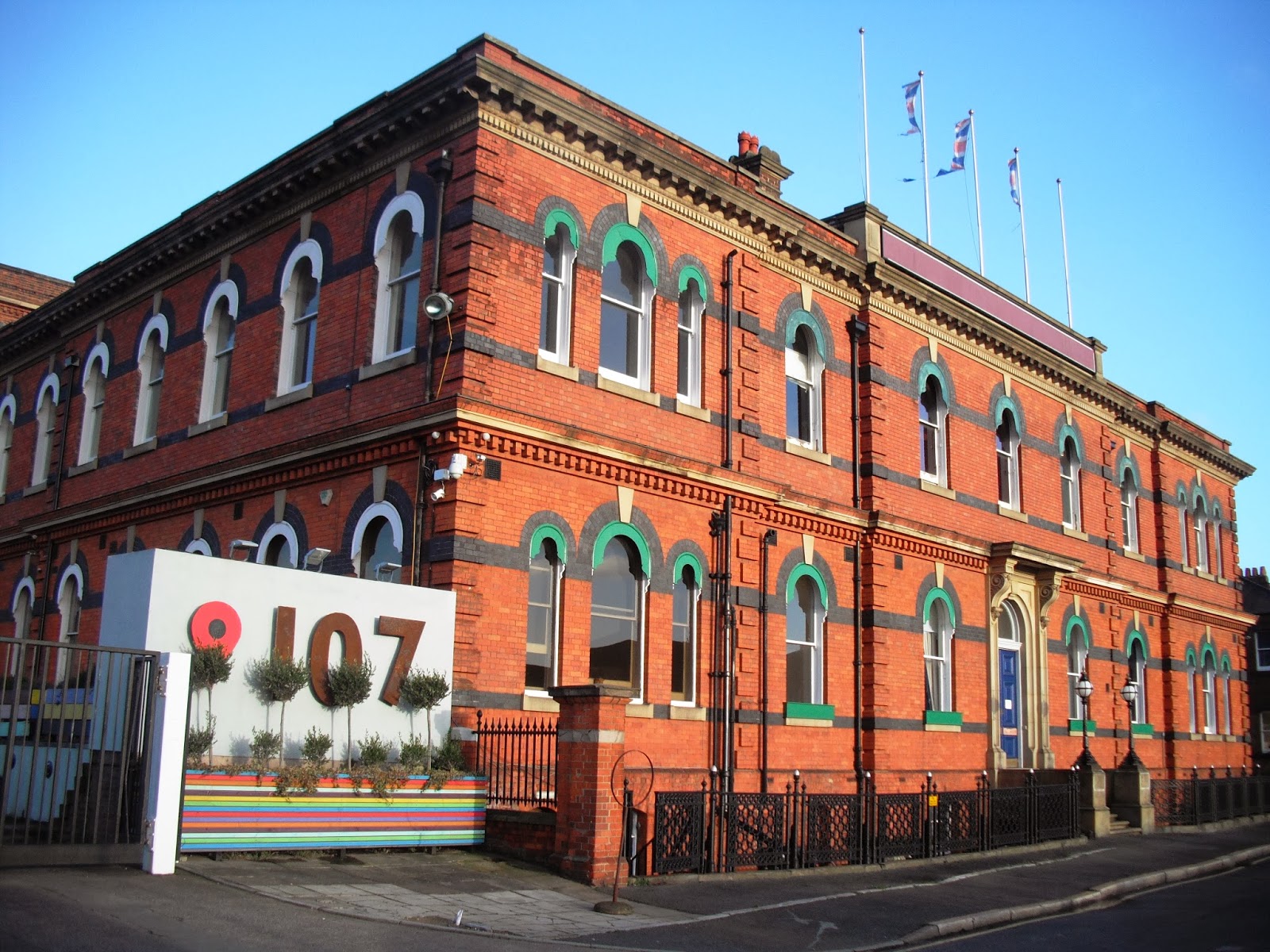 Just along from it, further down Station Street is this building. It looks well maintained and smart with fairly fresh paintwork. Nice to see it looking clean and in use. 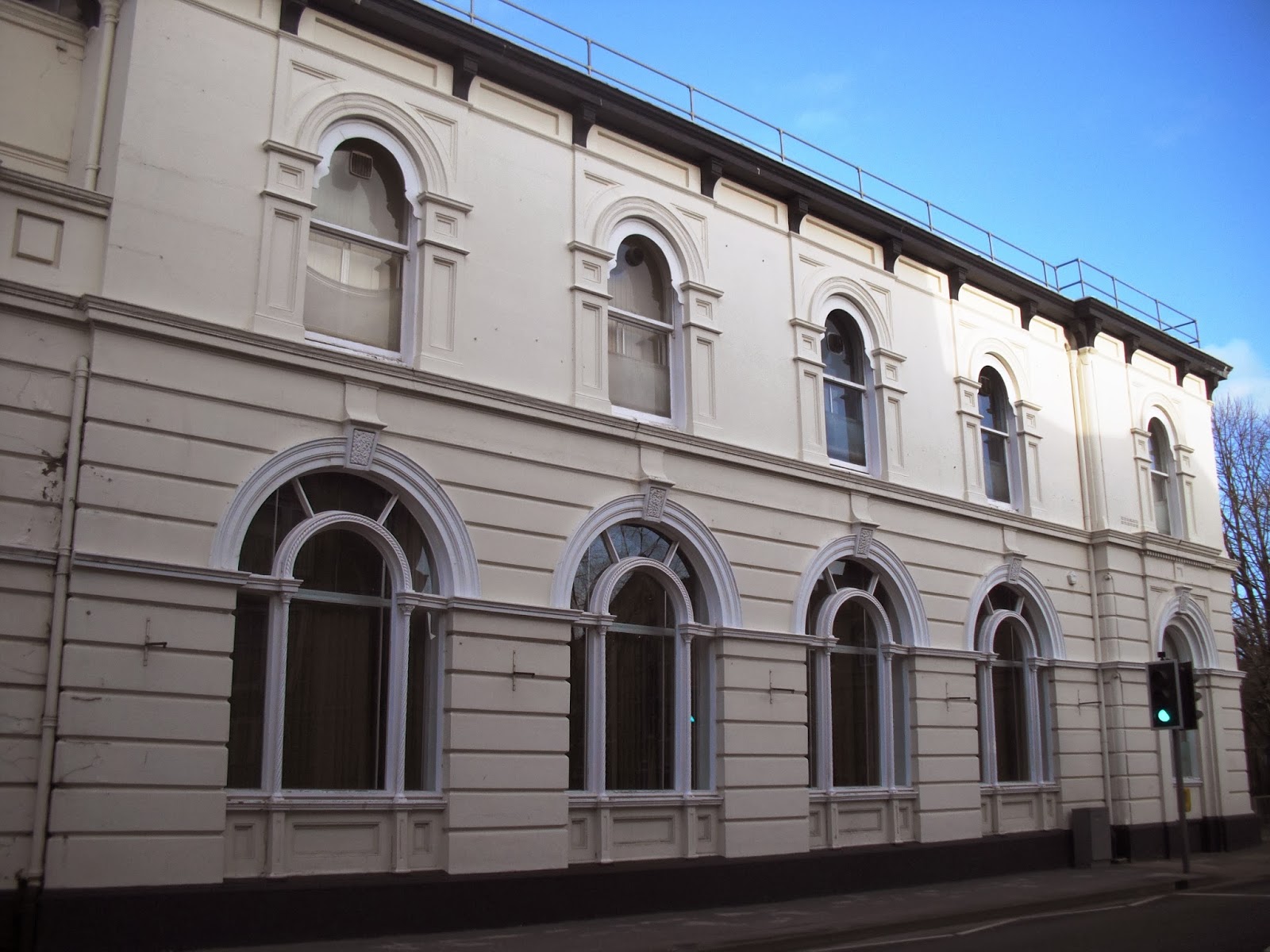 If you go round the back of the old Odeon Cinema in Guild Street, you find yourself in George Street, where there are more examples of old architecture. 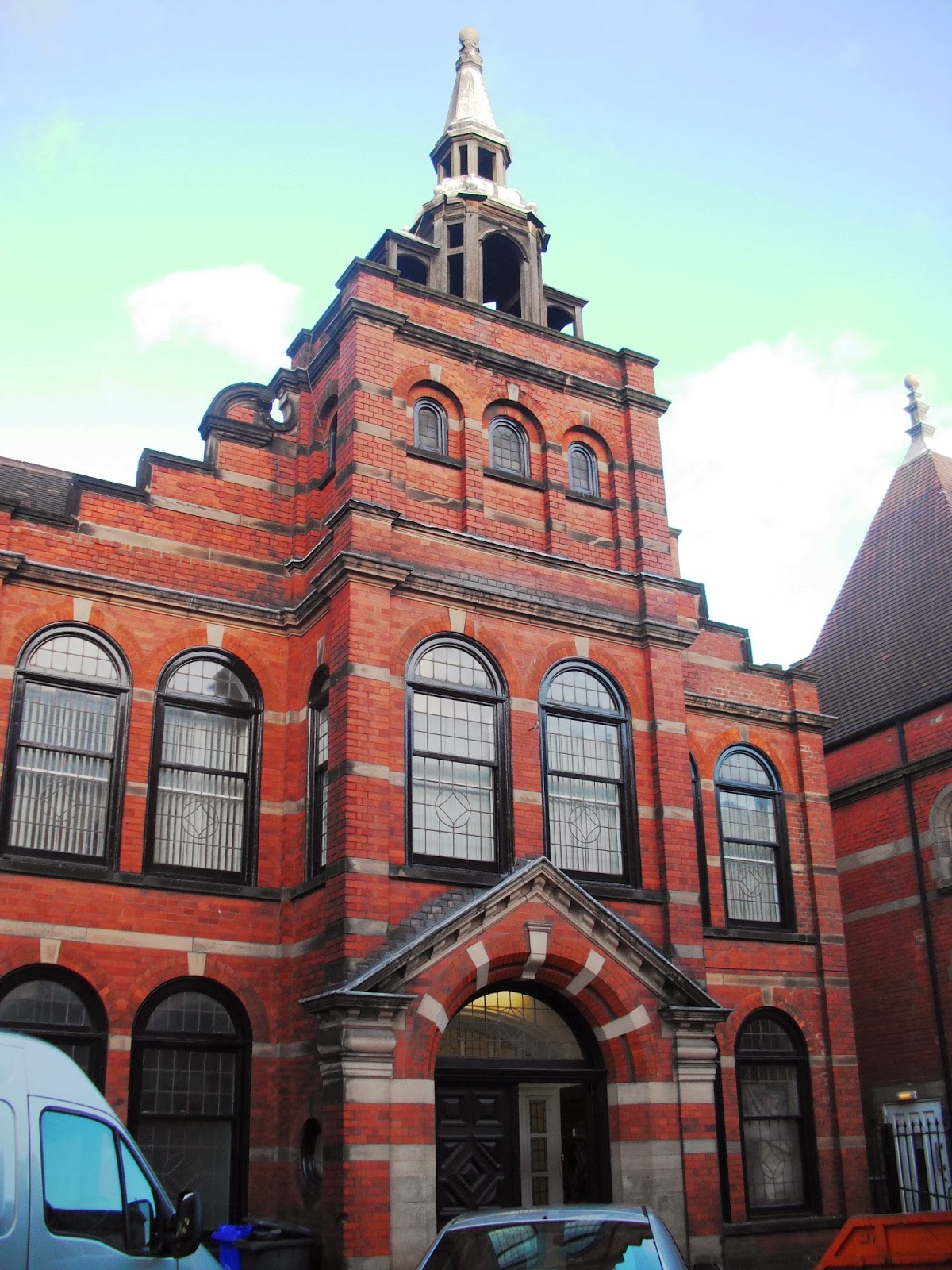 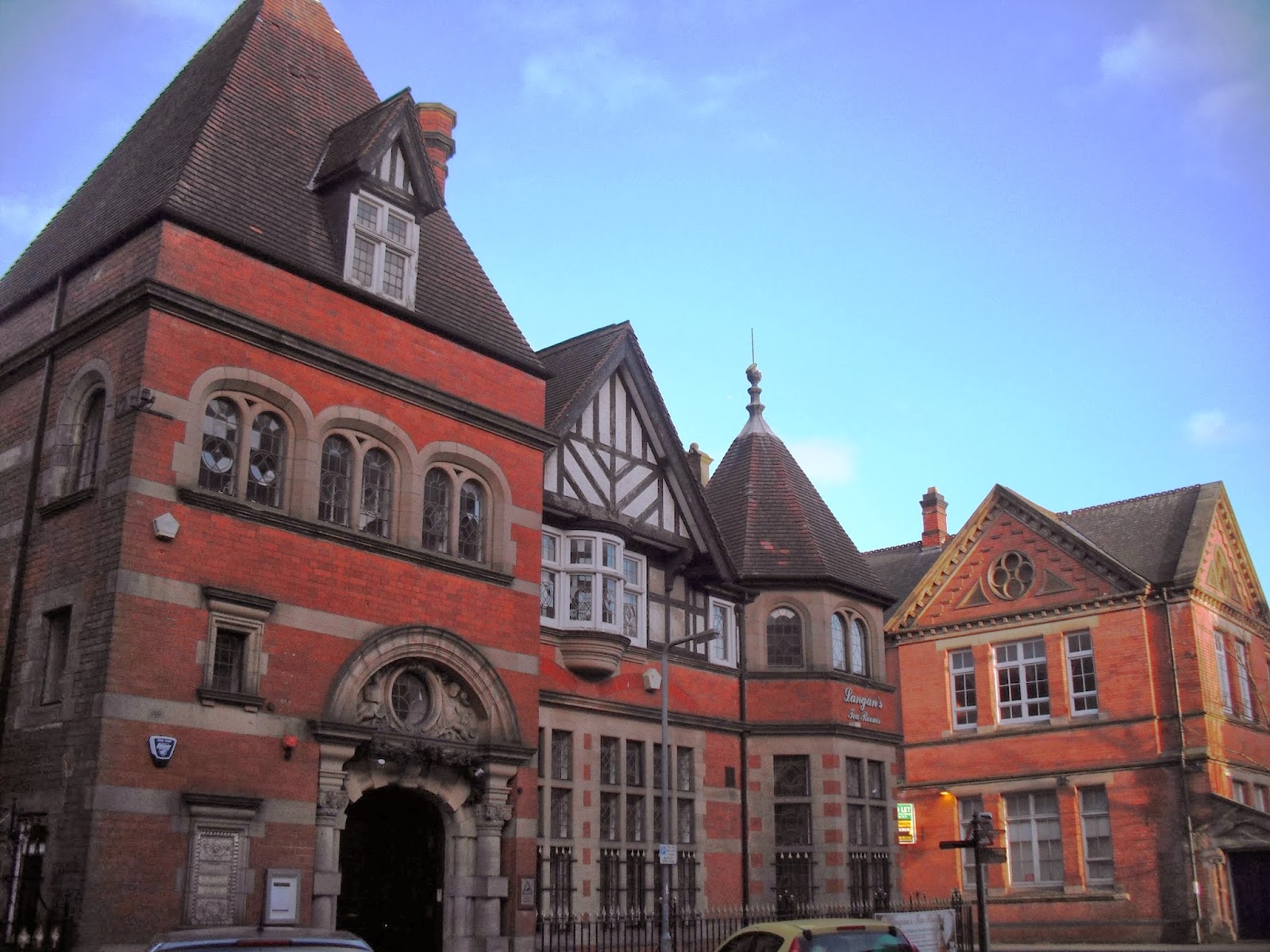 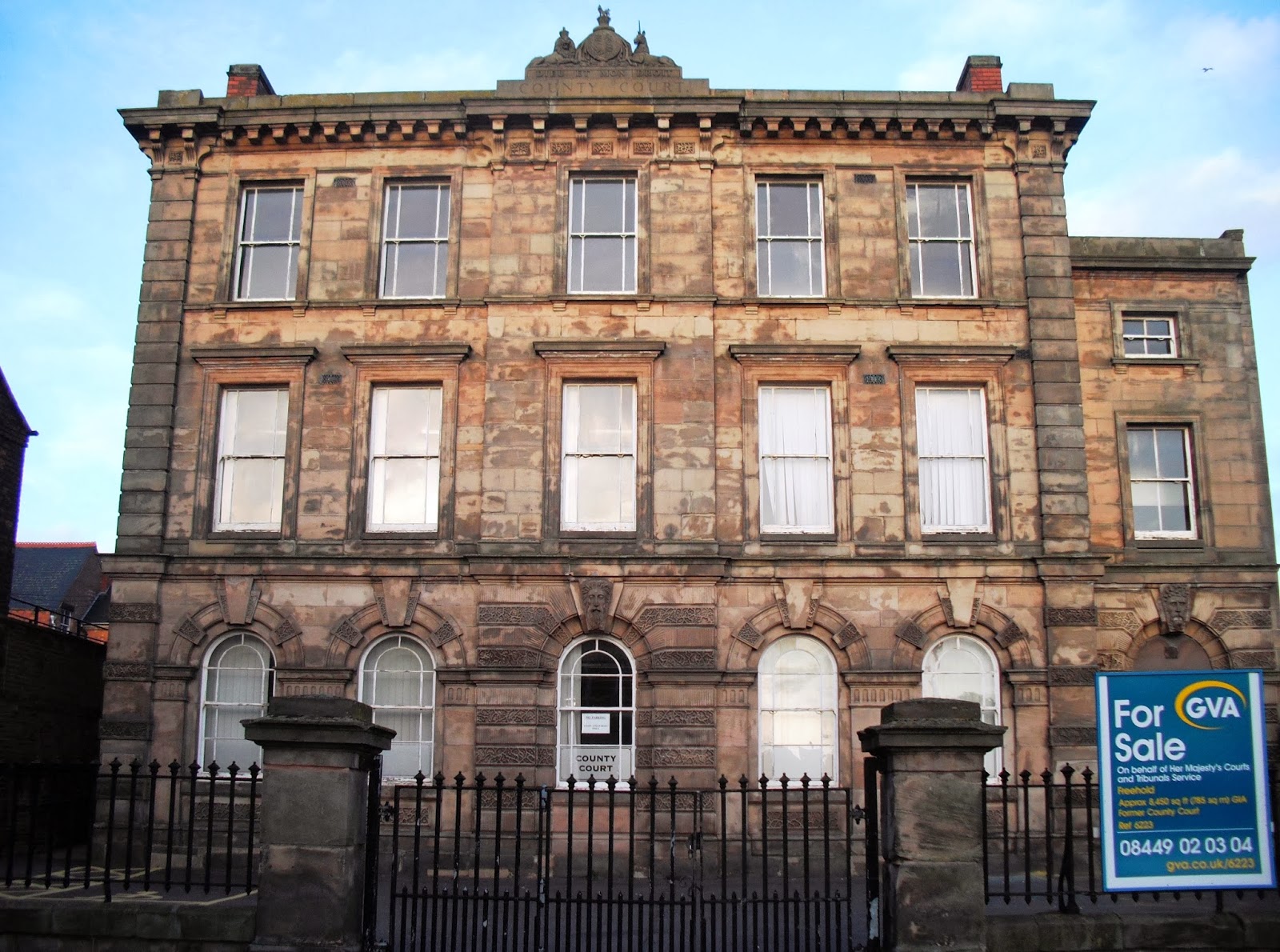 This is St Modwen's Church, overlooking the market place. 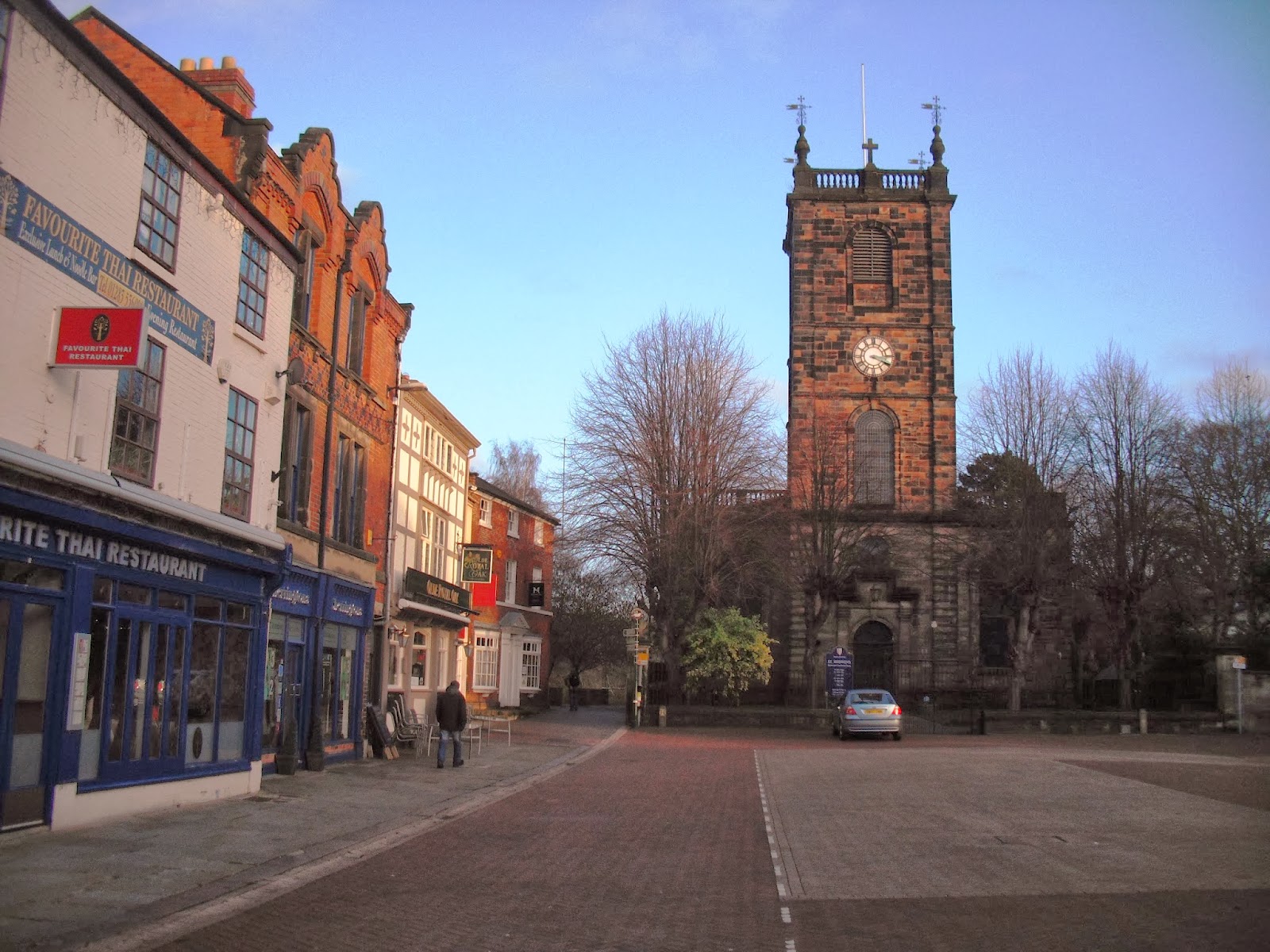 The market hall is undergoing a modernisation programme. I remember trawling round the stalls in here when I was a teenager, trying to get the best for my money. 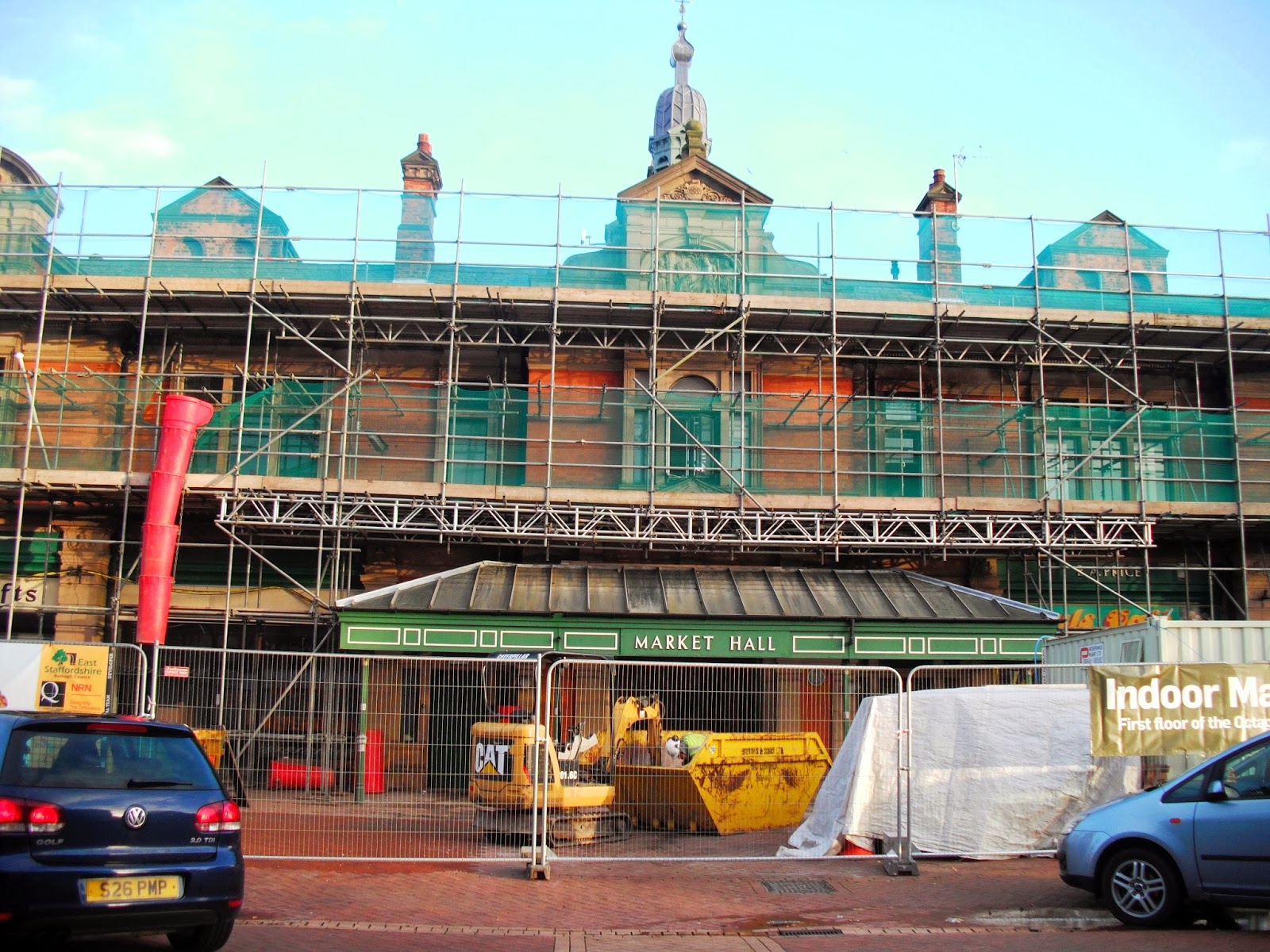 This is a pub I frequented, it's opposite the market place near the Technical College. I see it's 'to let' now. 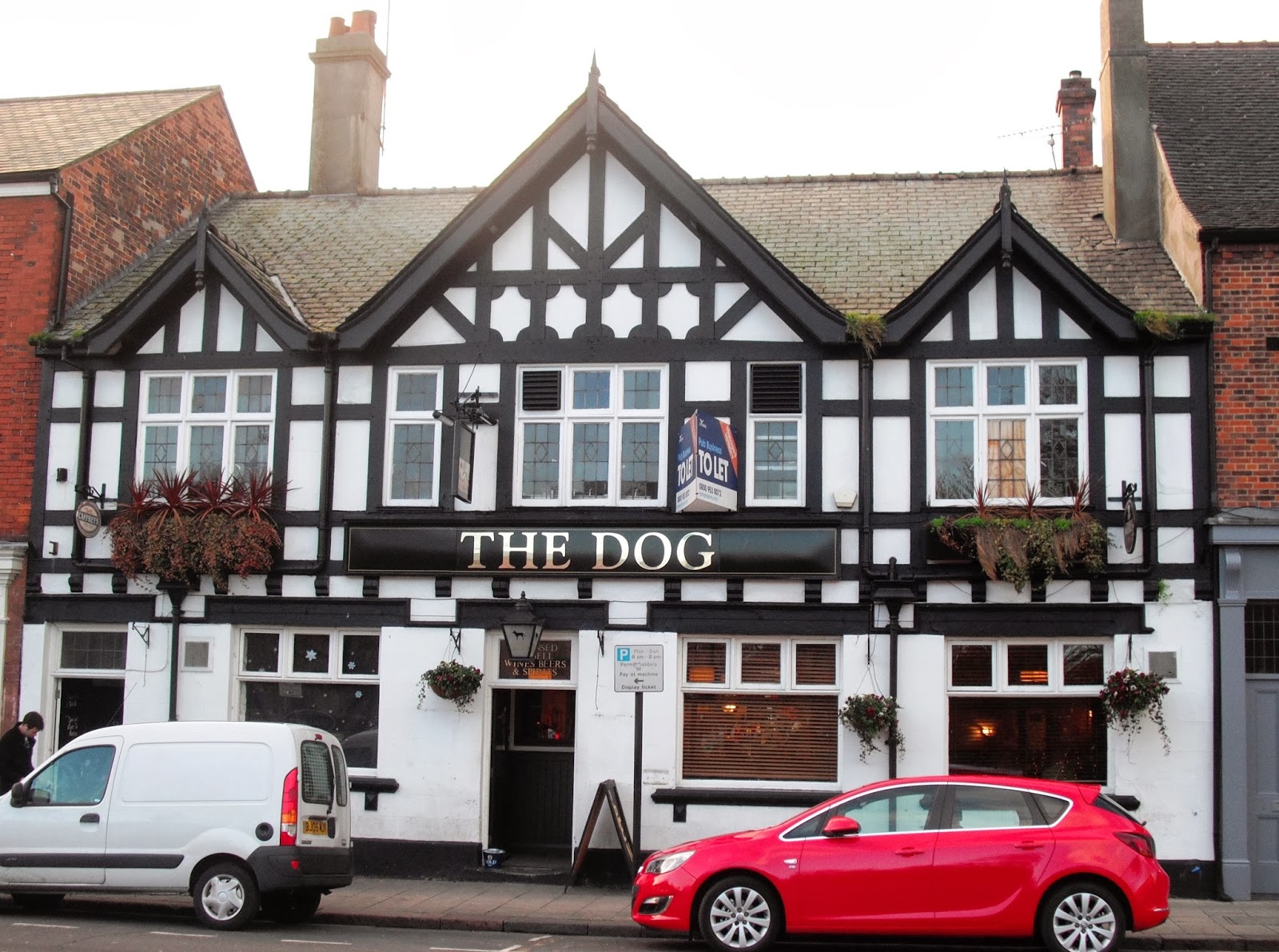 The Abbey Arcade goes through from the High Street to the market place. It is home to small specialist shops. 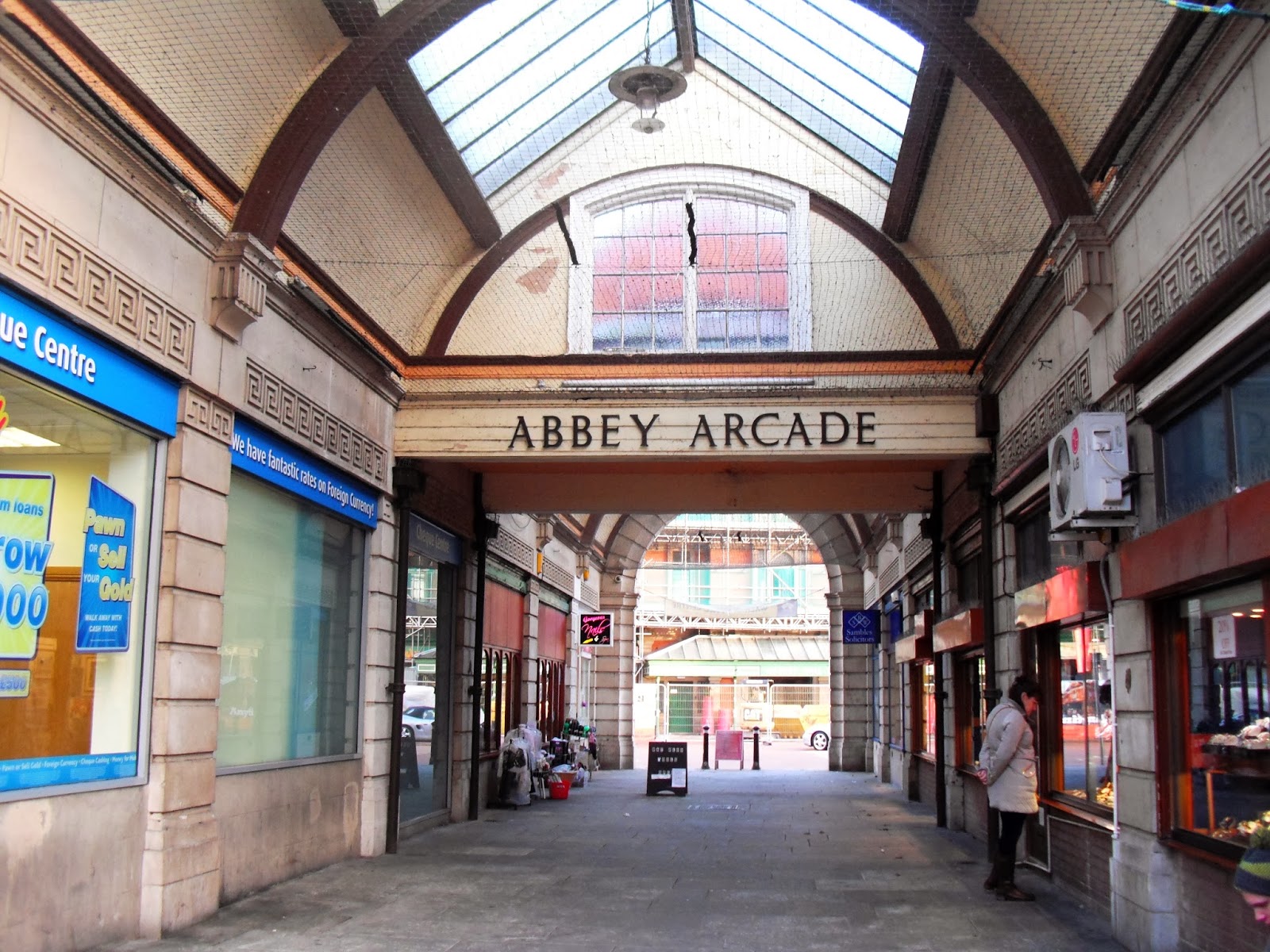 I've been trying to think of the name of this pub, not sure if it is a pub any more. It's in High Street. 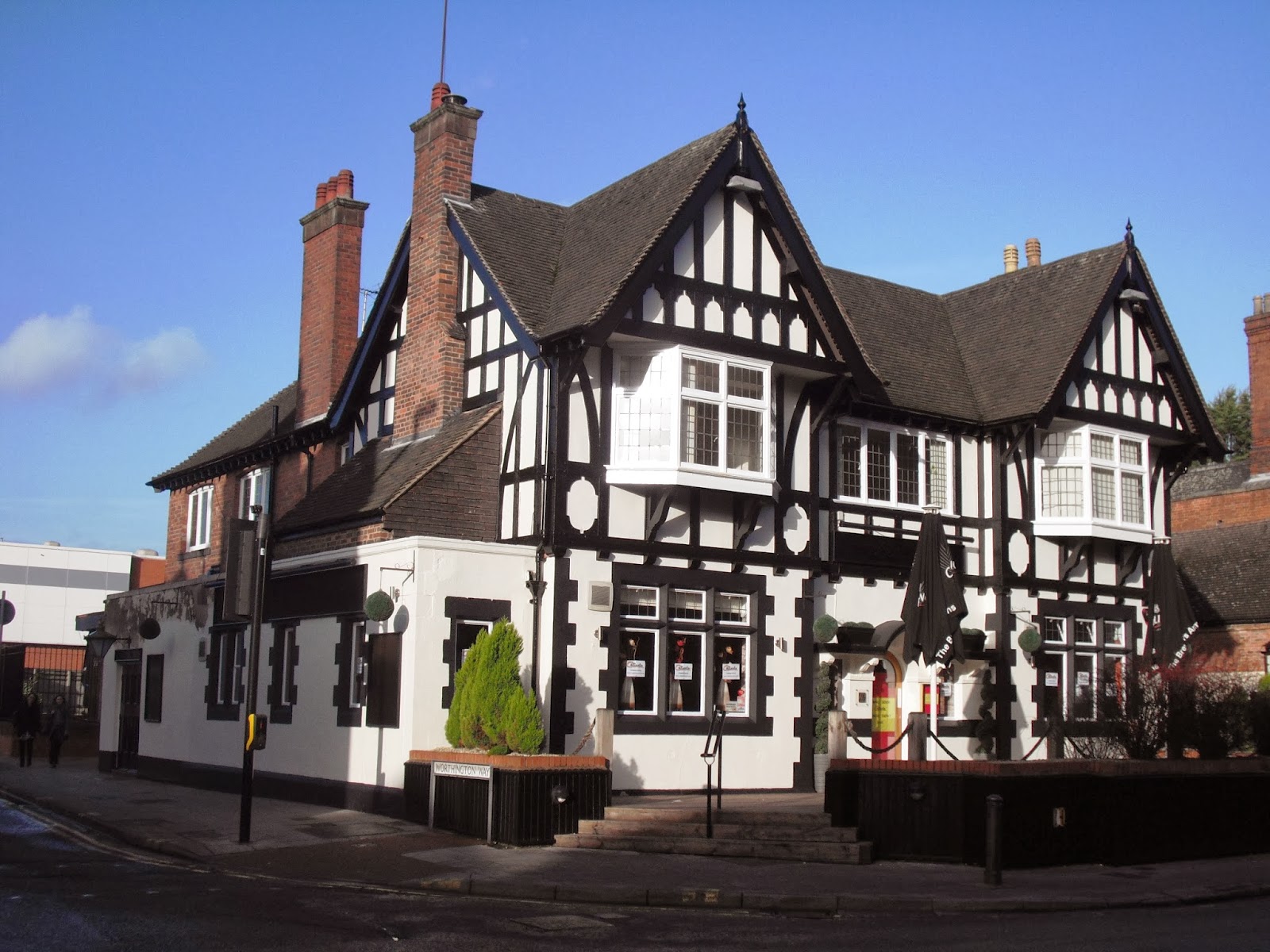 This tall building is in the car park next to the Library. Can't find out much about it. 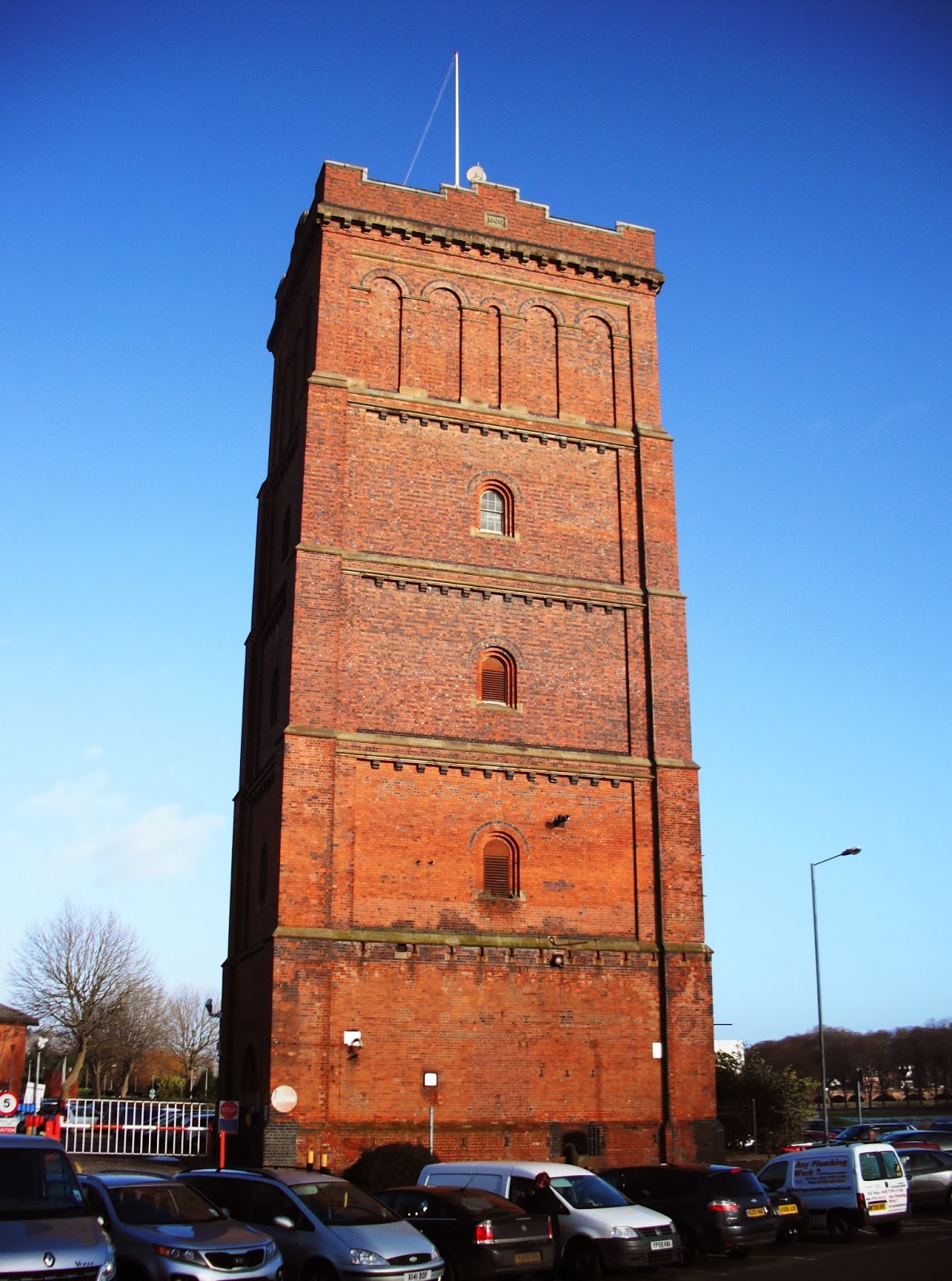 Here is a piece of modern art, I'm not sure I like it. It stands on the corner of New Street and High Street. You can walk through the bottle shaped arch at the bottom. 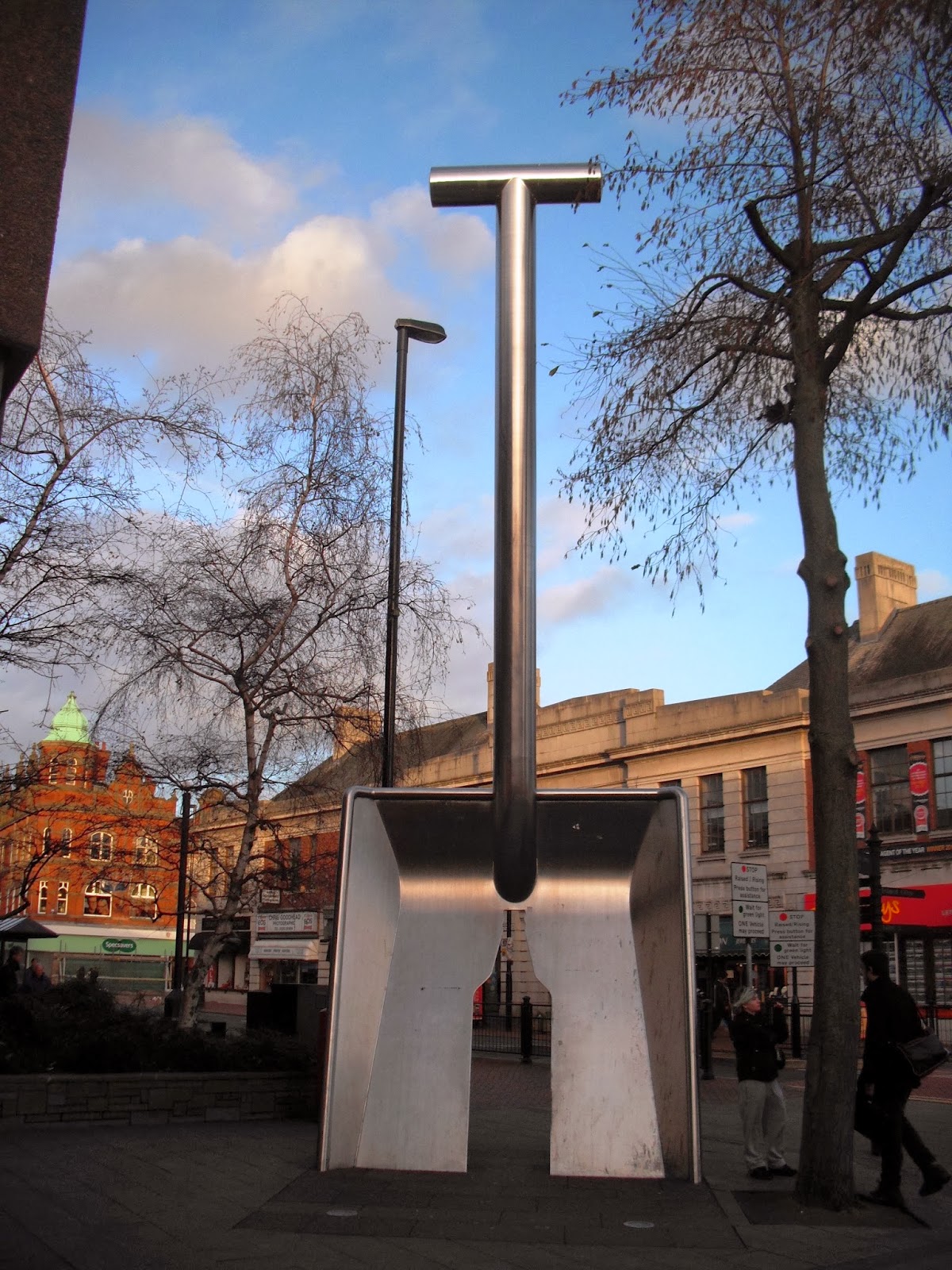 This is the old fire station in New Street, now a car showroom. I've just been reading up about it, it was built in 1903 by a company called R. Kershaw. They put a bid in for the job of £6,150 and won the contract. The archways with the glass fronts used to be big red doors where the fire engines went in and out of. 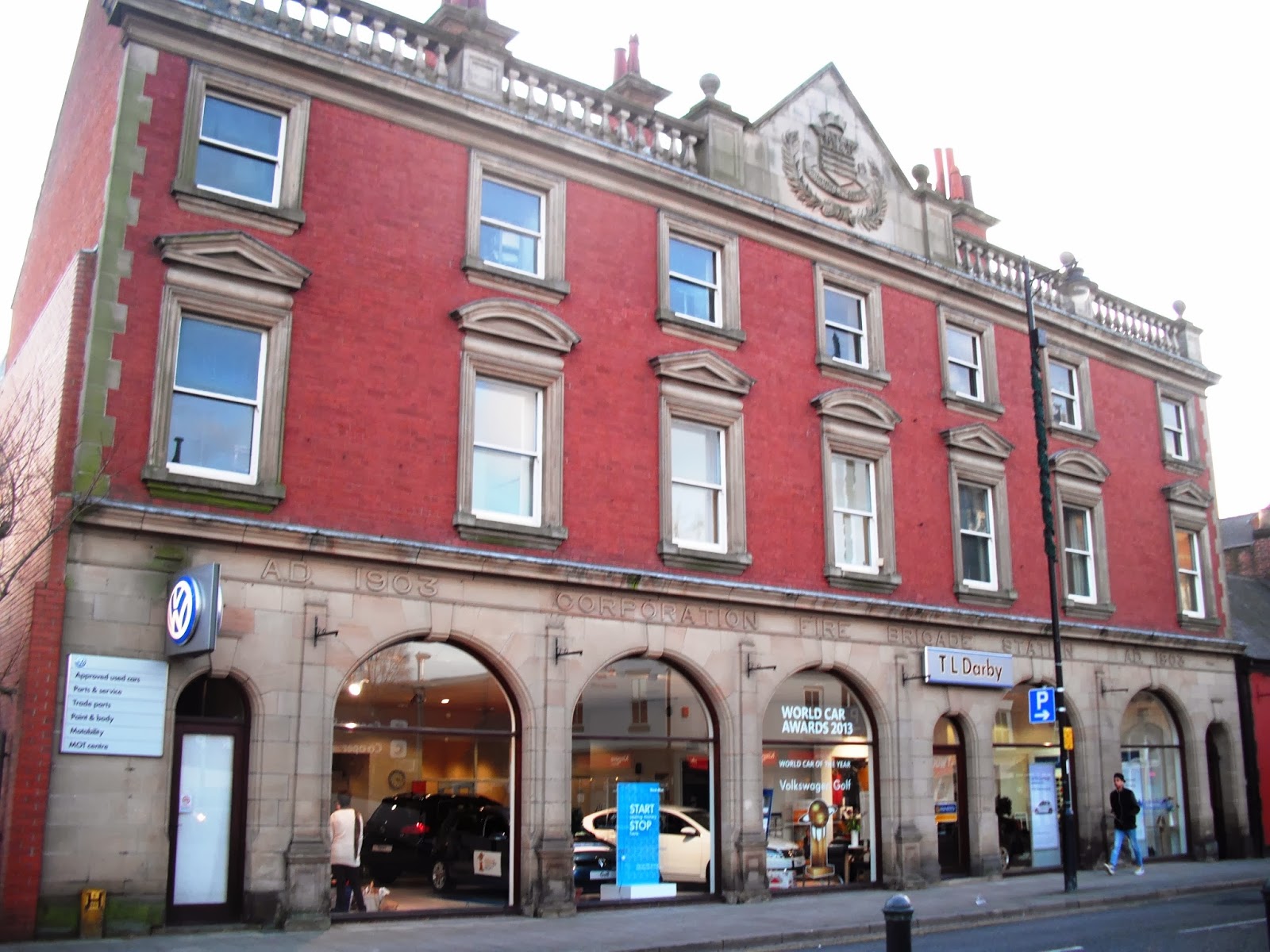 This is the Town Hall, located in King Edwards Square at the top of Station Street. It is over 100 years old. A proud and magnificent building. 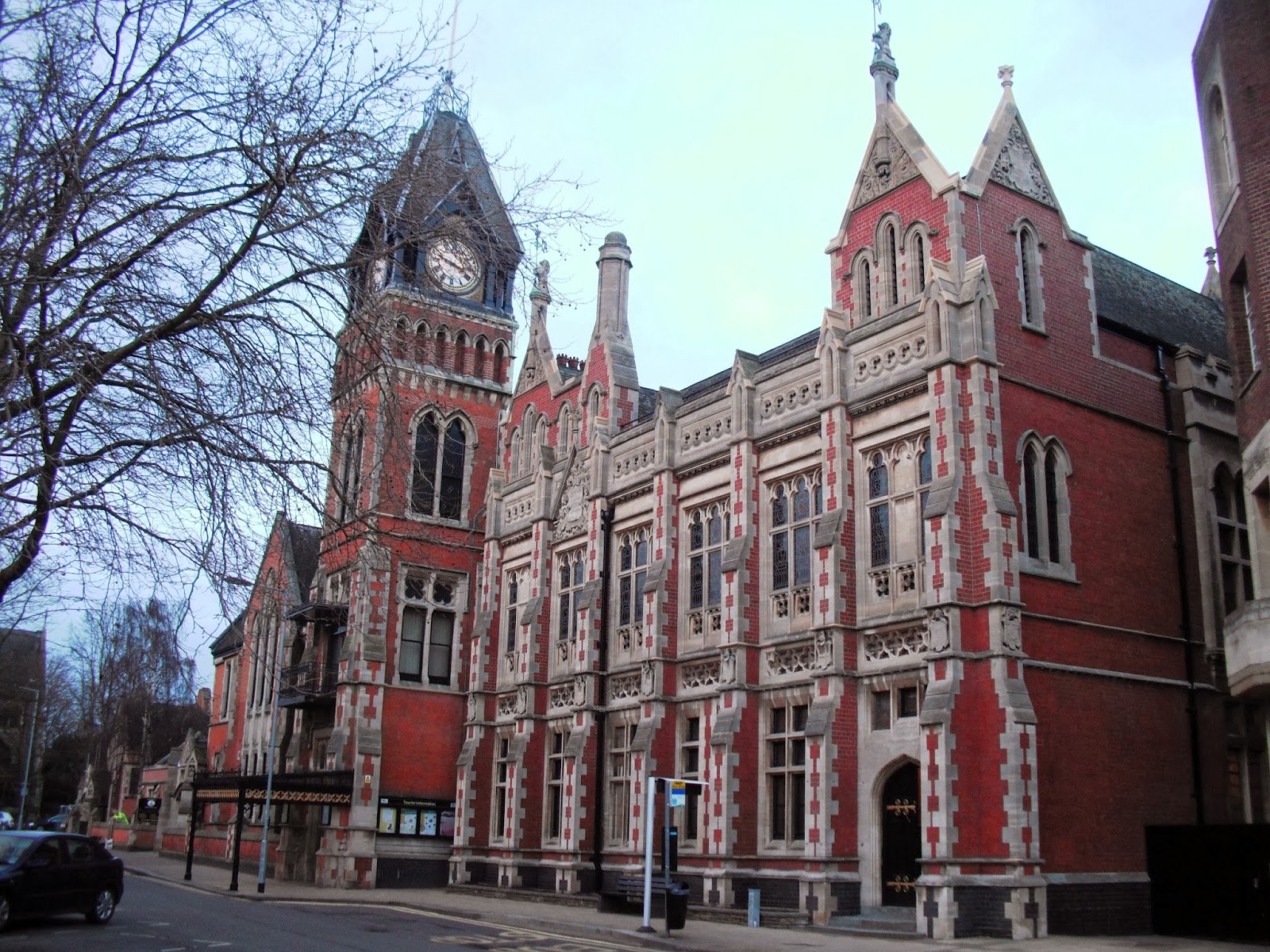 I gave myself an hour to look round, before I headed off back home. When I lived there I never really took much notice of the buildings, but looking at them now and reading up on the internet, it is a very interesting place. Here is a good site to look at if you want to find out more.

There has been a lot of new build apartment blocks in the town, it seems a bit strange to see brand new buildings where the brewery and car parks used to be. A lot of the terraced houses have also been knocked down to make way for new modern terraces. It all looks a bit of a mixed bag, with no thought as to what would look best where. They find a space and stick anything in it these days. I suppose it's the same all over though, that's progress. I do wish they would design the new buildings with the same grandness and class of the old ones. Modern architecture seems so cheap and tacky to me. Or maybe I'm just not keeping up with the times.
Toodle pip.
Posted by Meanqueen at 17:54

Email ThisBlogThis!Share to TwitterShare to FacebookShare to Pinterest
Labels: holidays/days out, ponderings, reflections on life