Playing with bits and pieces

What a gloomy morning today. Even though I got up when it should have been daylight, it wasn't, and I had to switch the light on in the kitchen to make my breakfast. It was chucking it down with rain all morning, gradually easing off just before midday. Nothing for it but to get on with indoor hobbies. The rag rug was pushed aside in favour of making cards. I fancied a change, even though I said I might not make any more cards after I had a clear out of all my bits and pieces. An idea came to mind which I wanted to try out to see if it worked. I fancied using fabric. So this is what I started with. Small picture of cats, snippet from an old card, a piece of fabric, and two pieces of hessian wallpaper which is about 25 years old. A roll left over from papering the living room in my first house, ha ha. 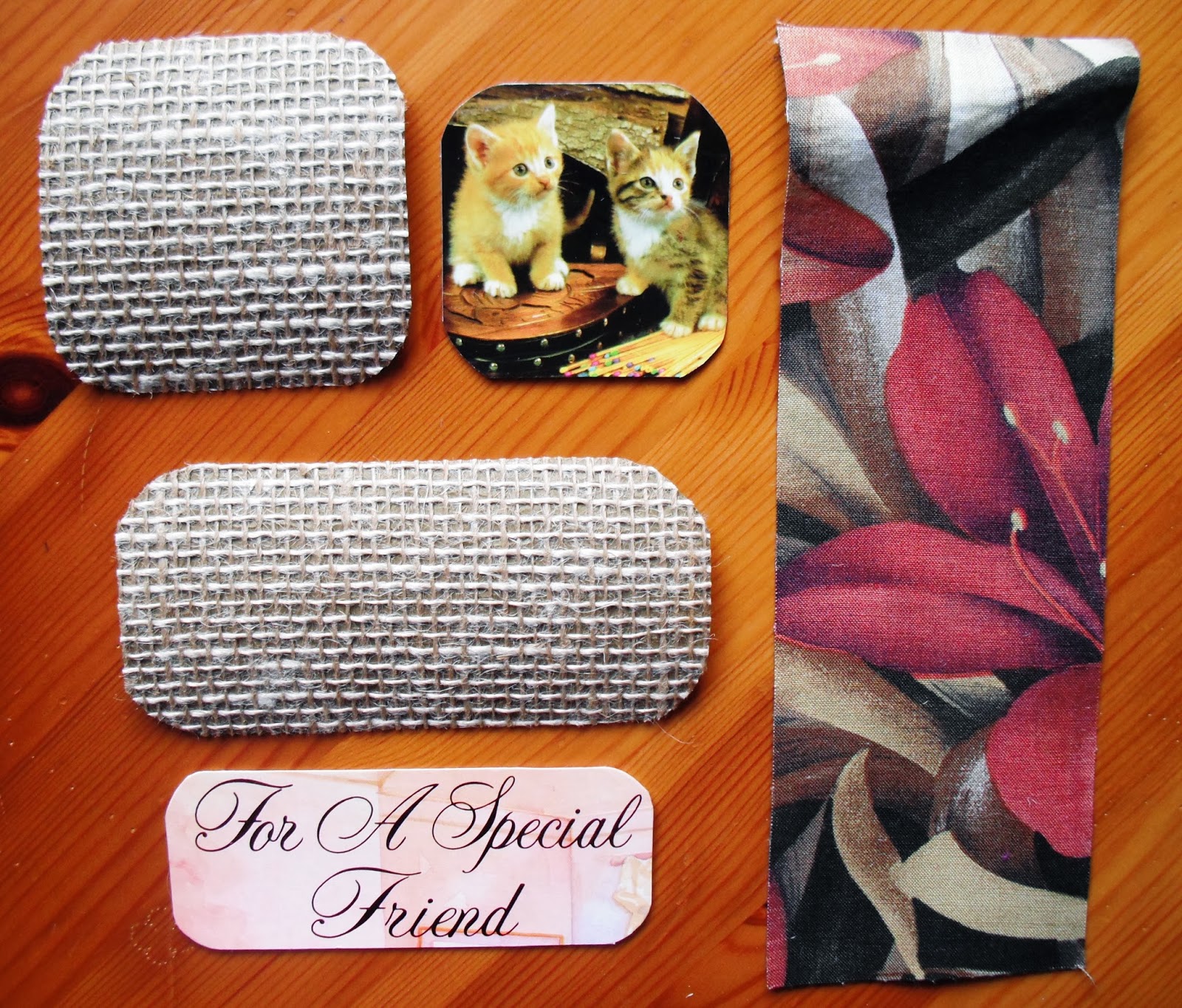 I have some plain blank cards of assorted colours, and this is how I arranged the pieces. Sewn on with small running stitches in orange embroidery silk. I am pleased with it, it looks fab in real life. These pics are scanned by the way. 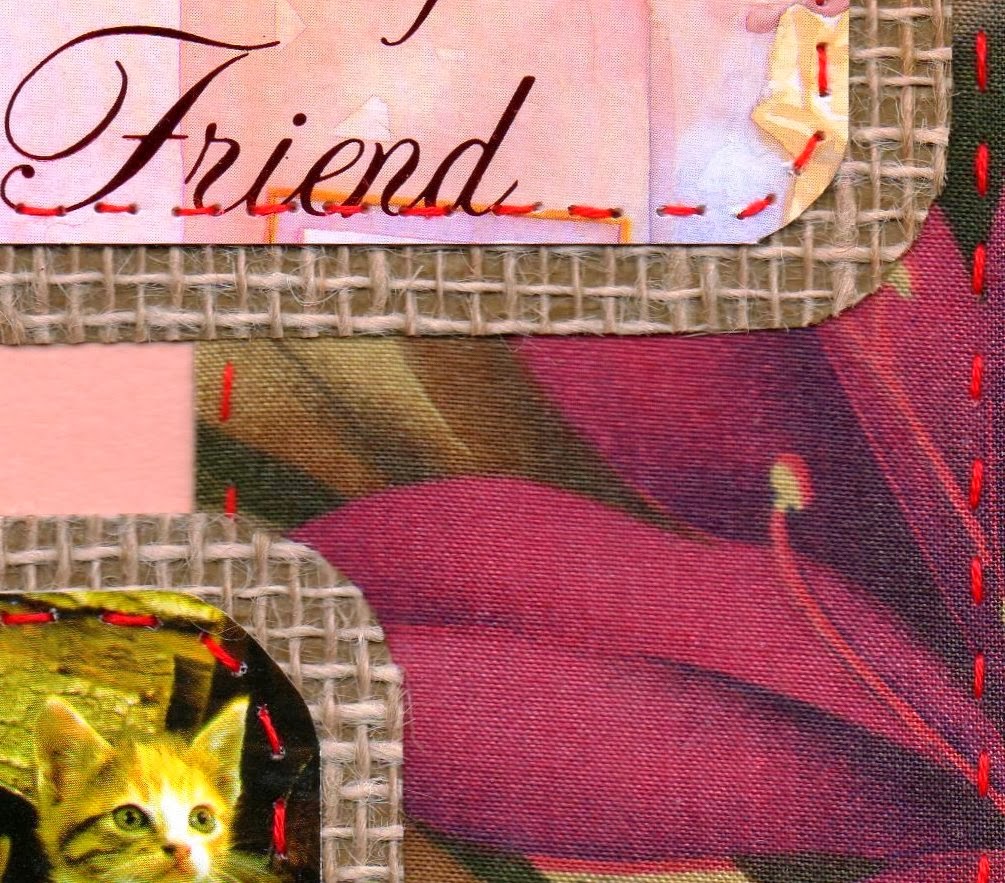 Then I decided to try something else. Cut five strips of cotton fabric to cover the front of the card, sewn on with purple thread. Then add a snippet from an old card. I first did a practice card, sewing the strips on with the machine, doing a zigzag stitch, and adding them one at a time. Looked a bit wonky. I might try again, sewing the strips together first, then sewing them to the card. 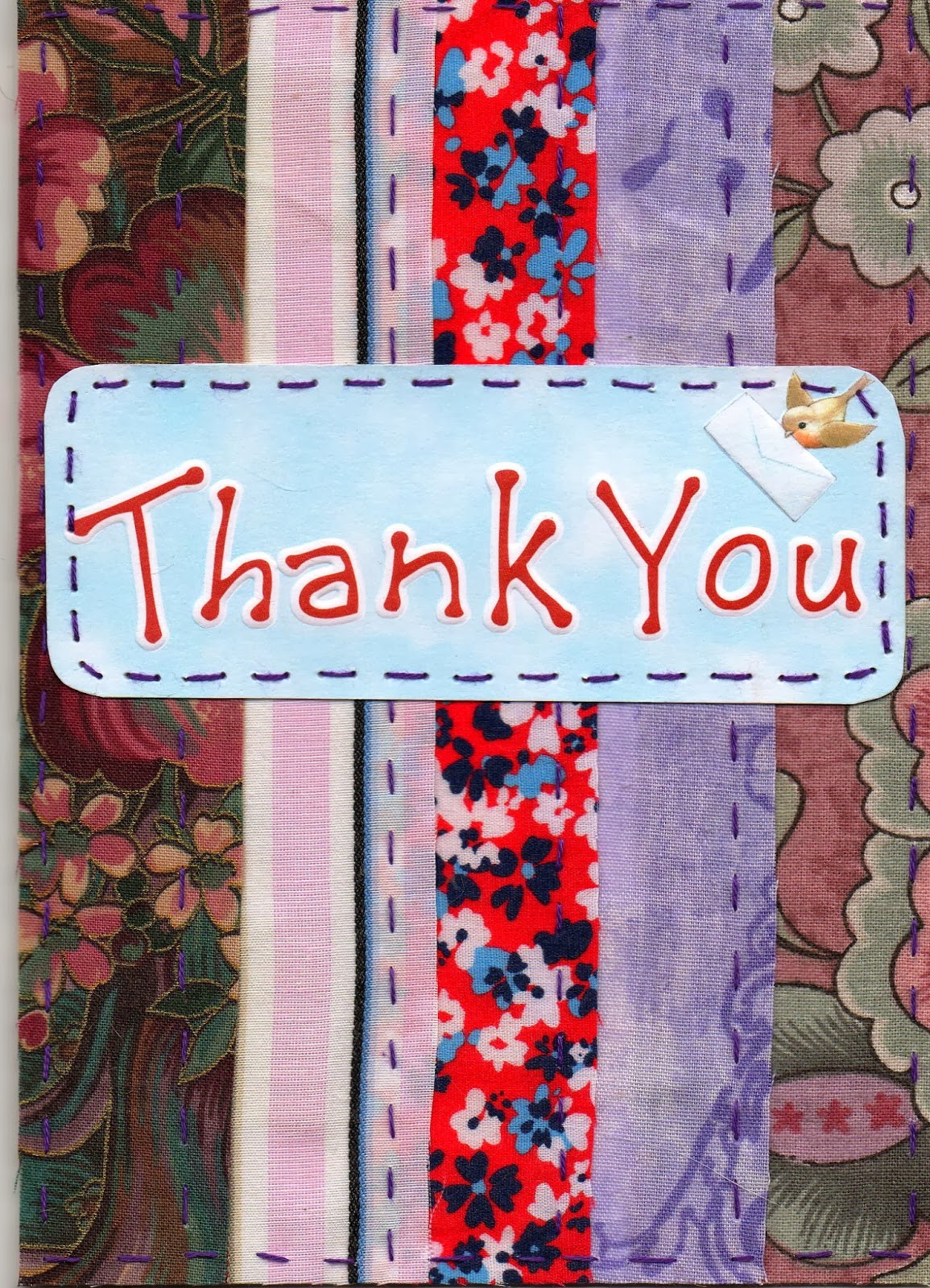 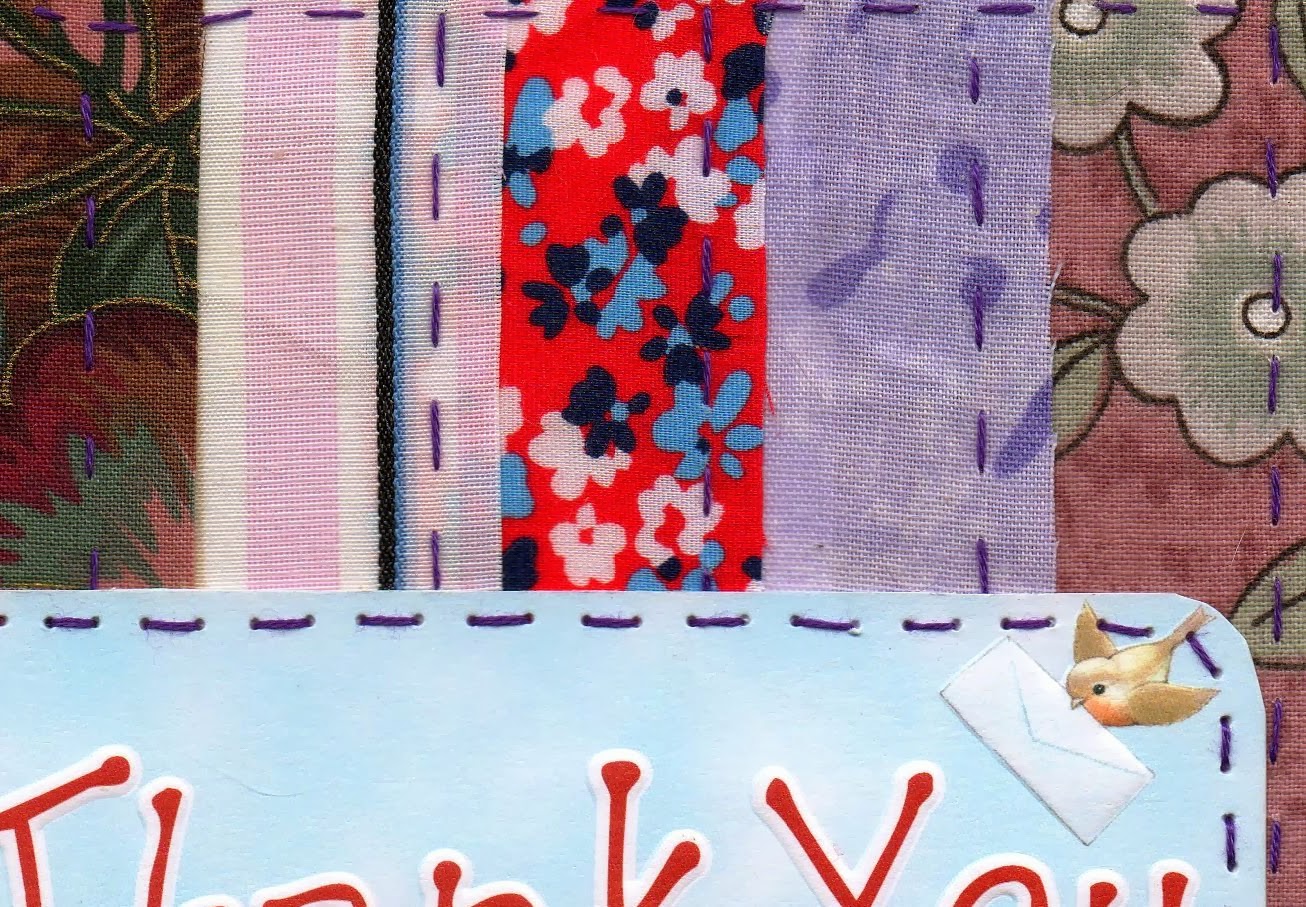 The stitching on the inside has to be as neat as the outside. It doesn't matter about the little knots, it adds to the hand made look of the card. 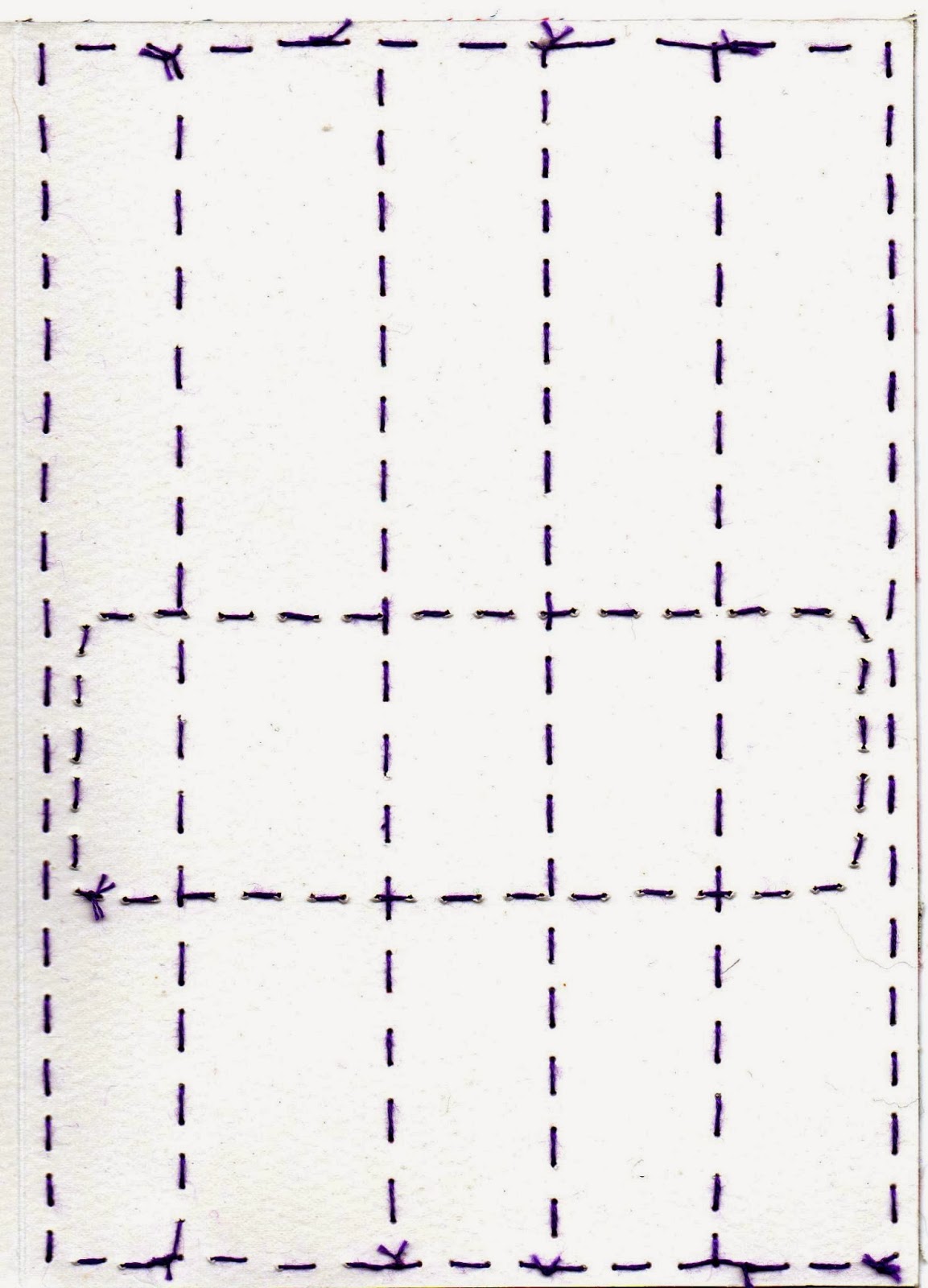 Inside I put a plain paper insert, which is tied in the middle with thread. It is left blank for a message to be hand written by the sender. 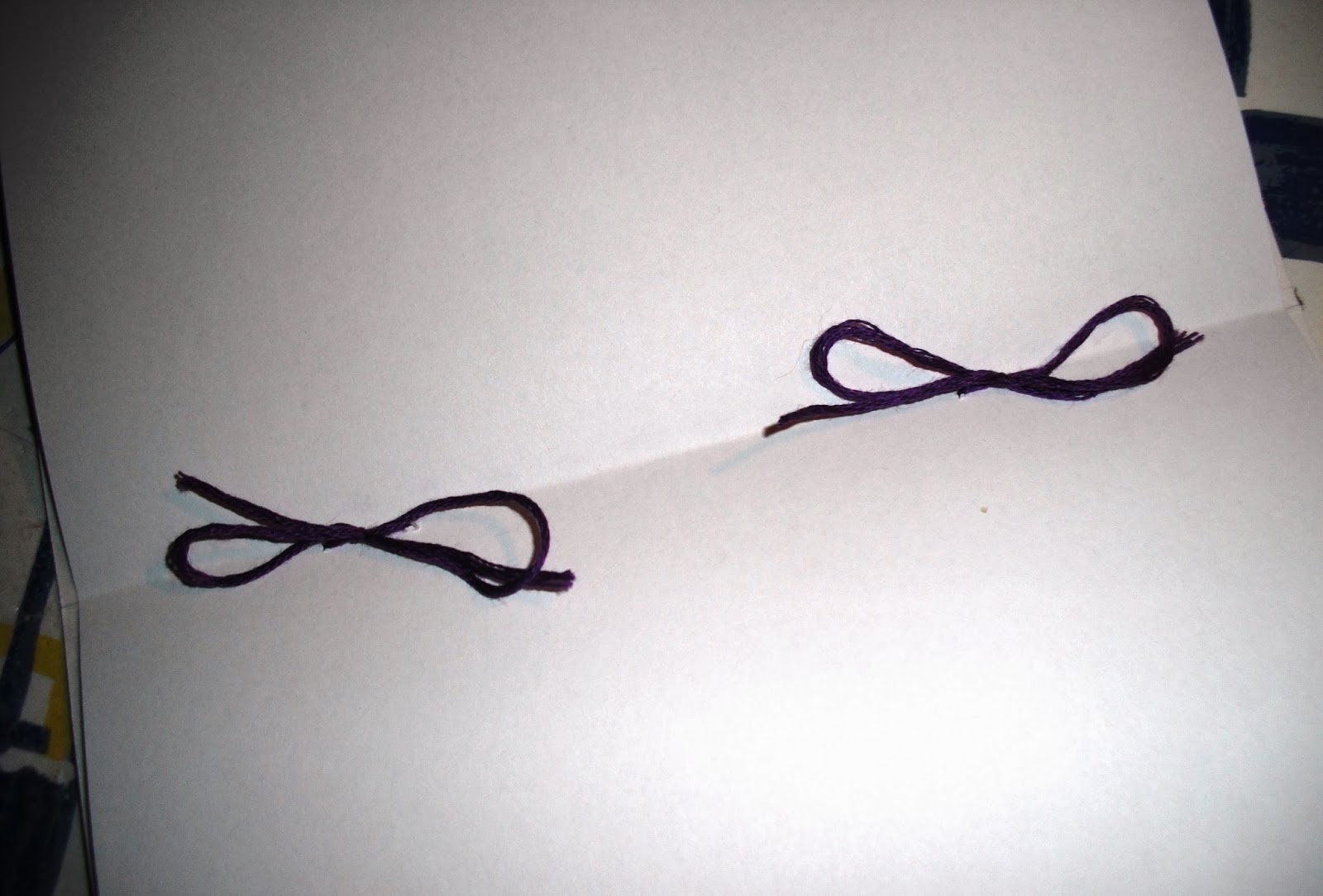 I quite enjoy making these, I like playing around with bits and pieces. Keeps the creative juices flowing.

I did take some photo's of my dinner tonight, but there wasn't one in focus, so I dumped them. Shame really because it was scrumptious. I can only describe it. Chop one large onion, add a few chunks of Quorn pieces, a handful of frozen sweetcorn, and cook in a big splash of sesame seed oil. Then chuck in the last of the pasta from yesterday. Add a shake of mixed spice, a teaspoon of wholegrain mustard, a big splodge of tomato ketchup, and a splash of lemon juice. Serve on a bed of raw spinach. 15 minutes to make. Oh boy, it was fab, I scoffed the lot :o))

I'm starting to get itchy feet again, it's been a long time since I went on a big walk. I'm not going till the weather picks up, thinking maybe March/April. It's at the planning stage, checking maps, reading books, and looking on the internet. I'll let you know when and where. Ooooh, excited.
Toodle pip.
Posted by Meanqueen at 21:33