A walk to the White Horse of Kilburn

Hi guys, I'm sitting in my B & B just outside Durham. The Broom Farm Guest House has a homely feel about it, and I have a lovely room with big TV, comfy chairs, en suite, and drinks making facilities. I shall enjoy staying here.
I had an easy start to the day, took a leisurely drive over the bridge into East Yorkshire, then north through York. A few miles further on I stopped to take this photo, it's Byland Abbey. It was the cows which first caught my attention, I thought it would make a good picture with the Abbey in the background. It's an English Heritage site so quite a hefty admission fee, I didn't have time to look round, wanted to push on a bit further, I had a place in mind to take a walk. 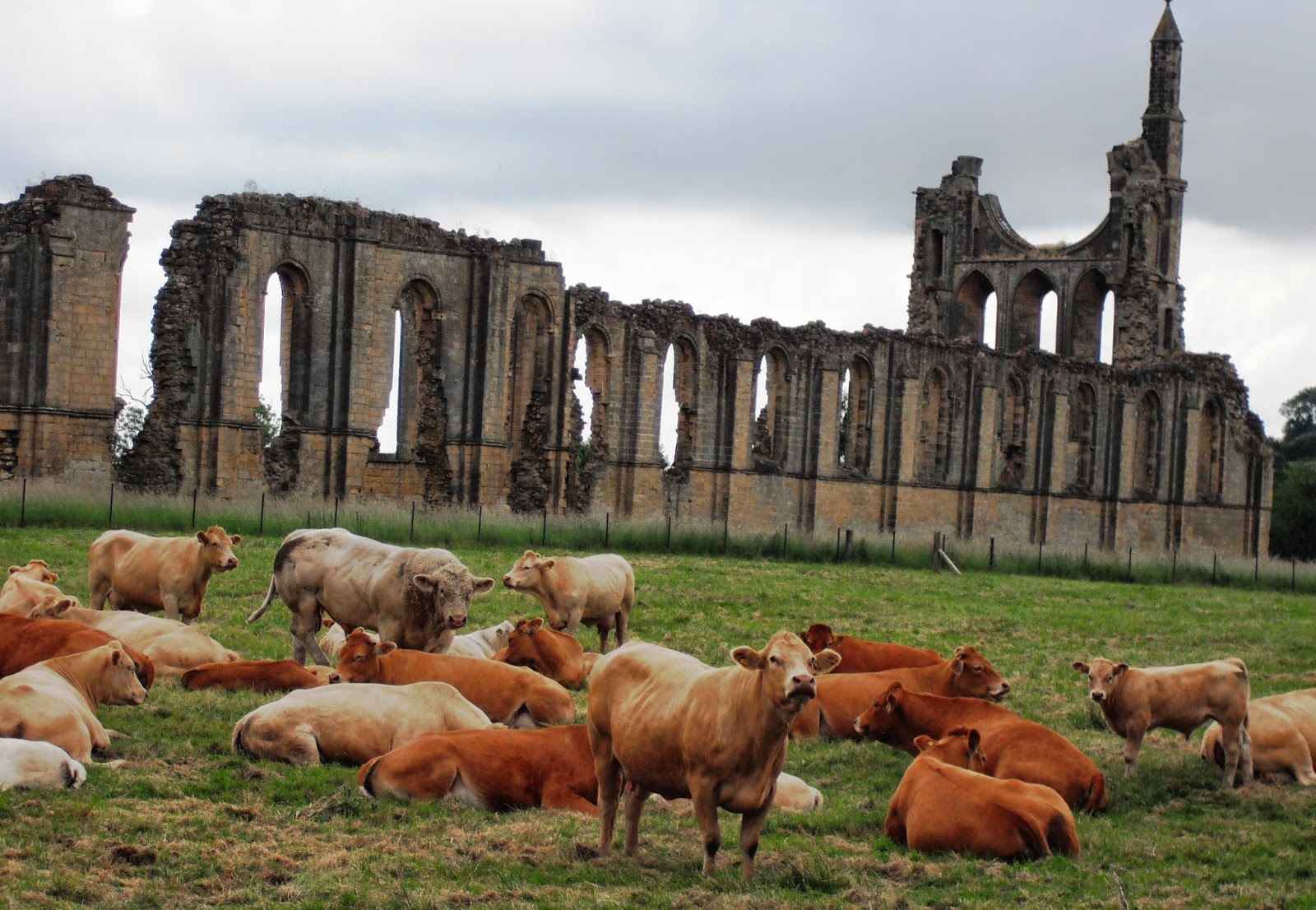 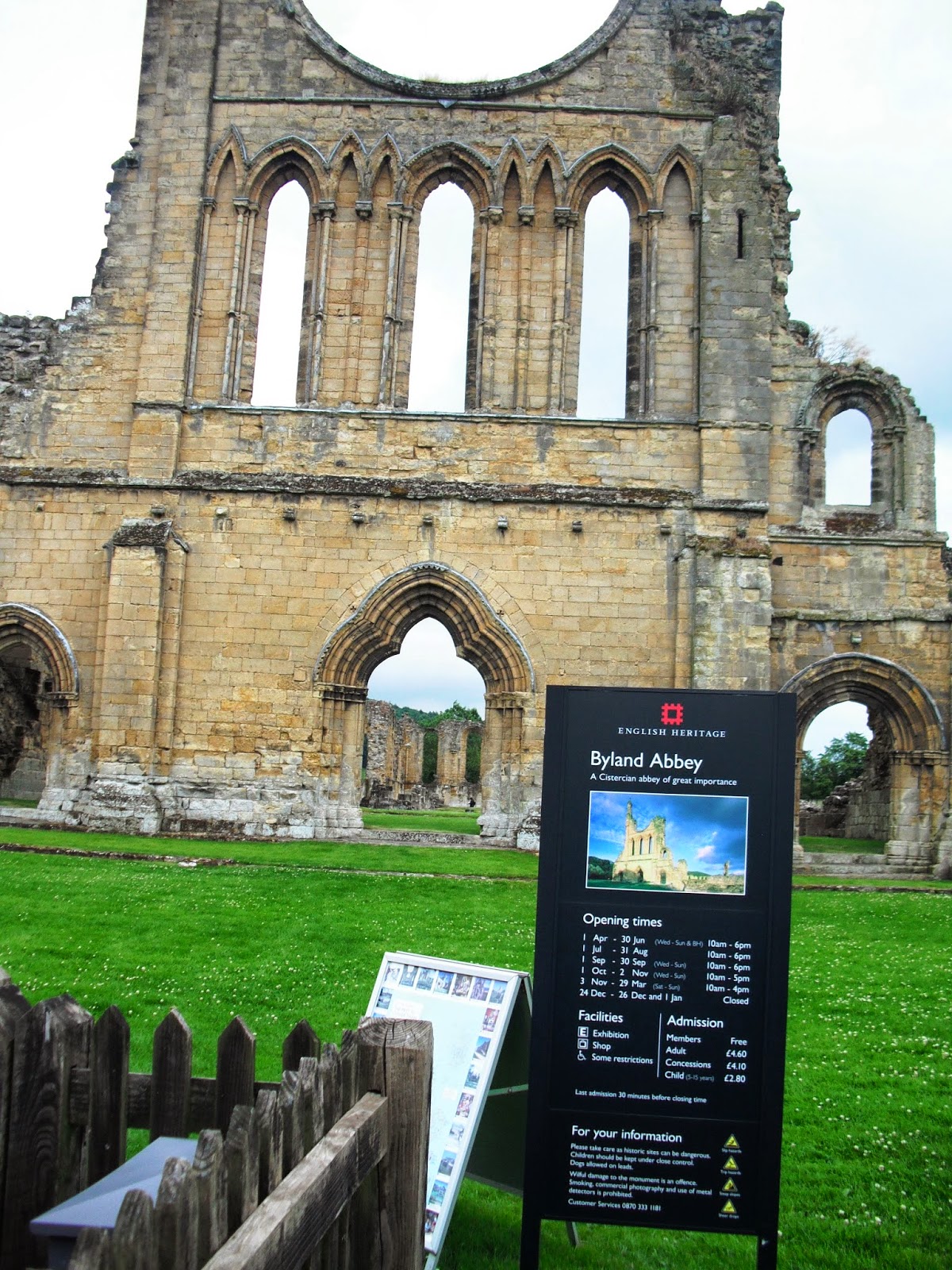 I parked next to the church at Kilburn and had a bite to eat before I set off. Just across the road is the Mouseman visitor centre. Robert Thompson was the Mouseman, he founded the company after teaching himself to use the traditional tools of medieval craftsmen. The story is that one of his craftsmen remarked that they were all as poor as church mice, so Robert carved a mouse on the church rafter he was working on. This has never been found but the mouse has continued to be a mark of quality and dedication to craftsmanship ever since. 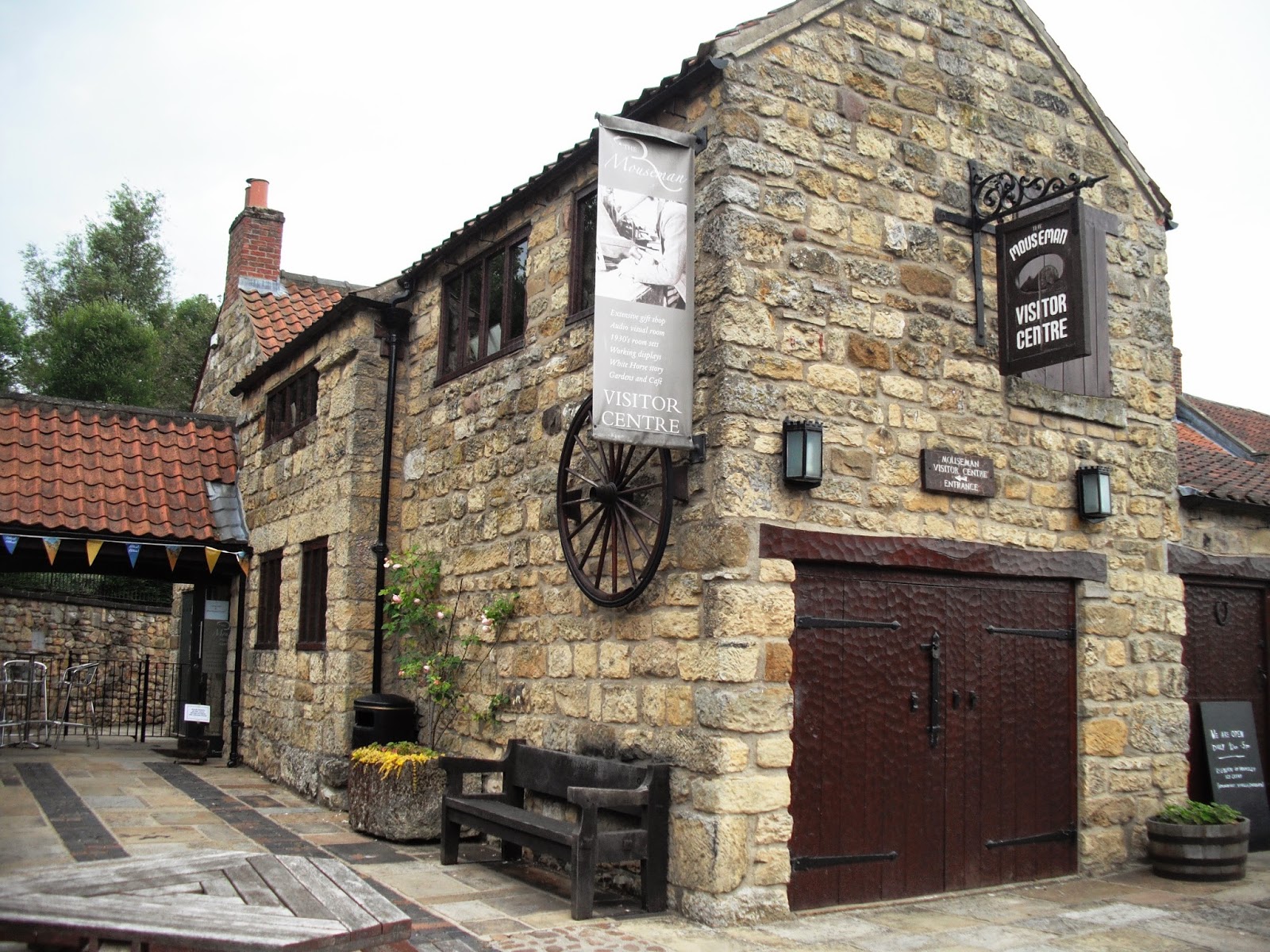 There is a viewing area where you can watch the craftsmen at work. 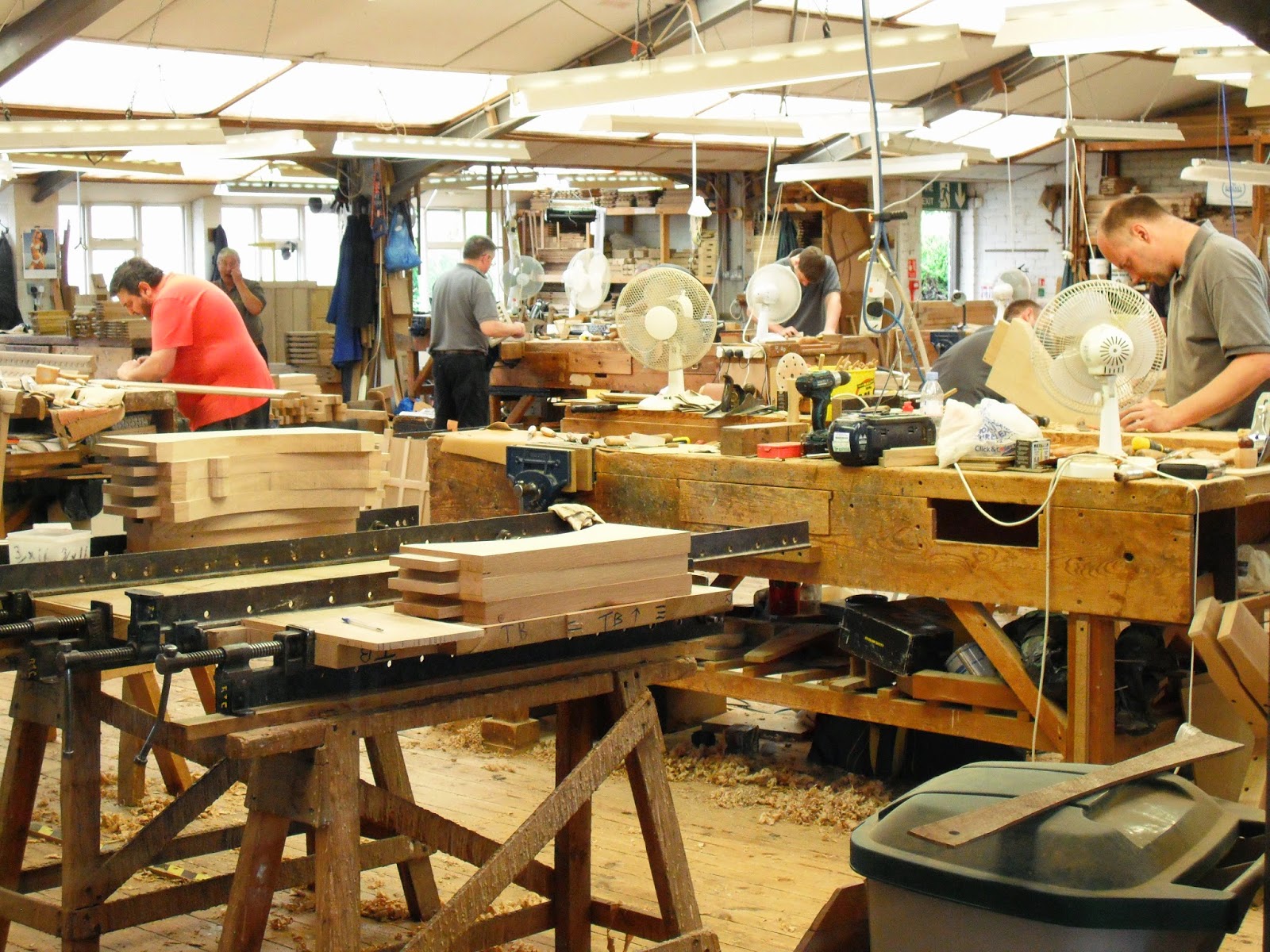 A fine piece of furniture. 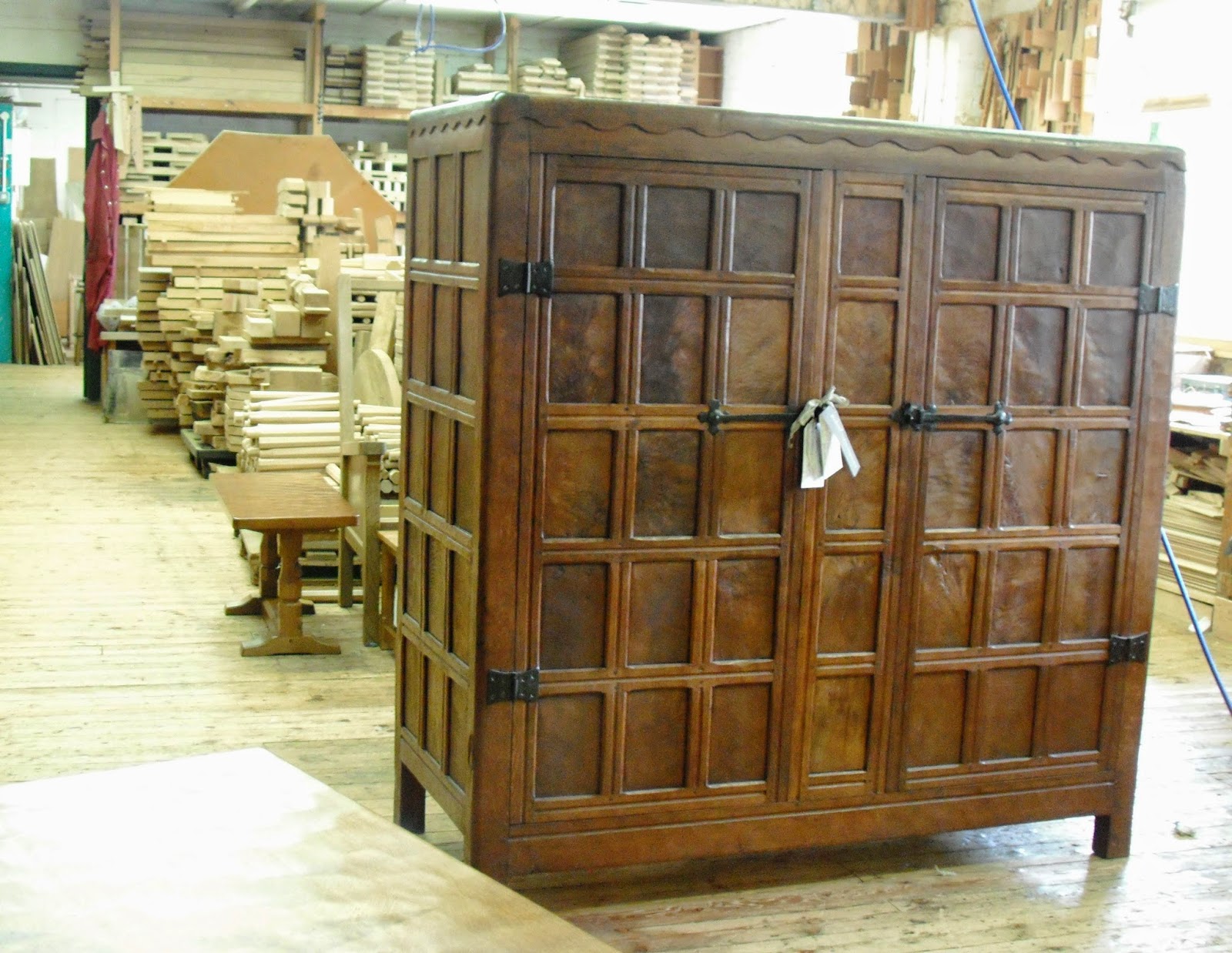 The table and four chairs which you can just see in the bottom right hand corner had a price tag on of £8,500 on it. 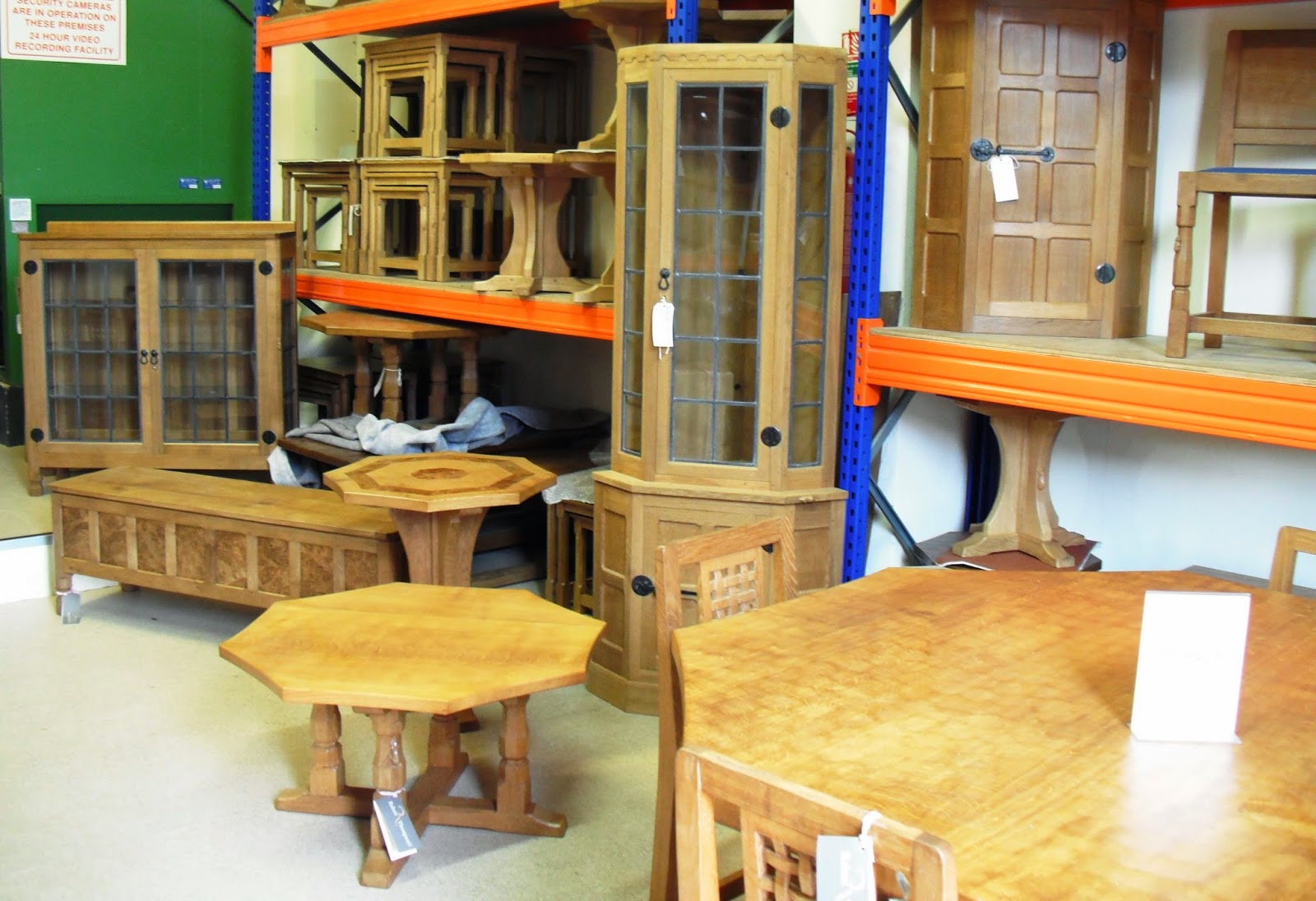 This is how the wood is delivered. Whole tree trunks sliced up with narrow batons between the slices. 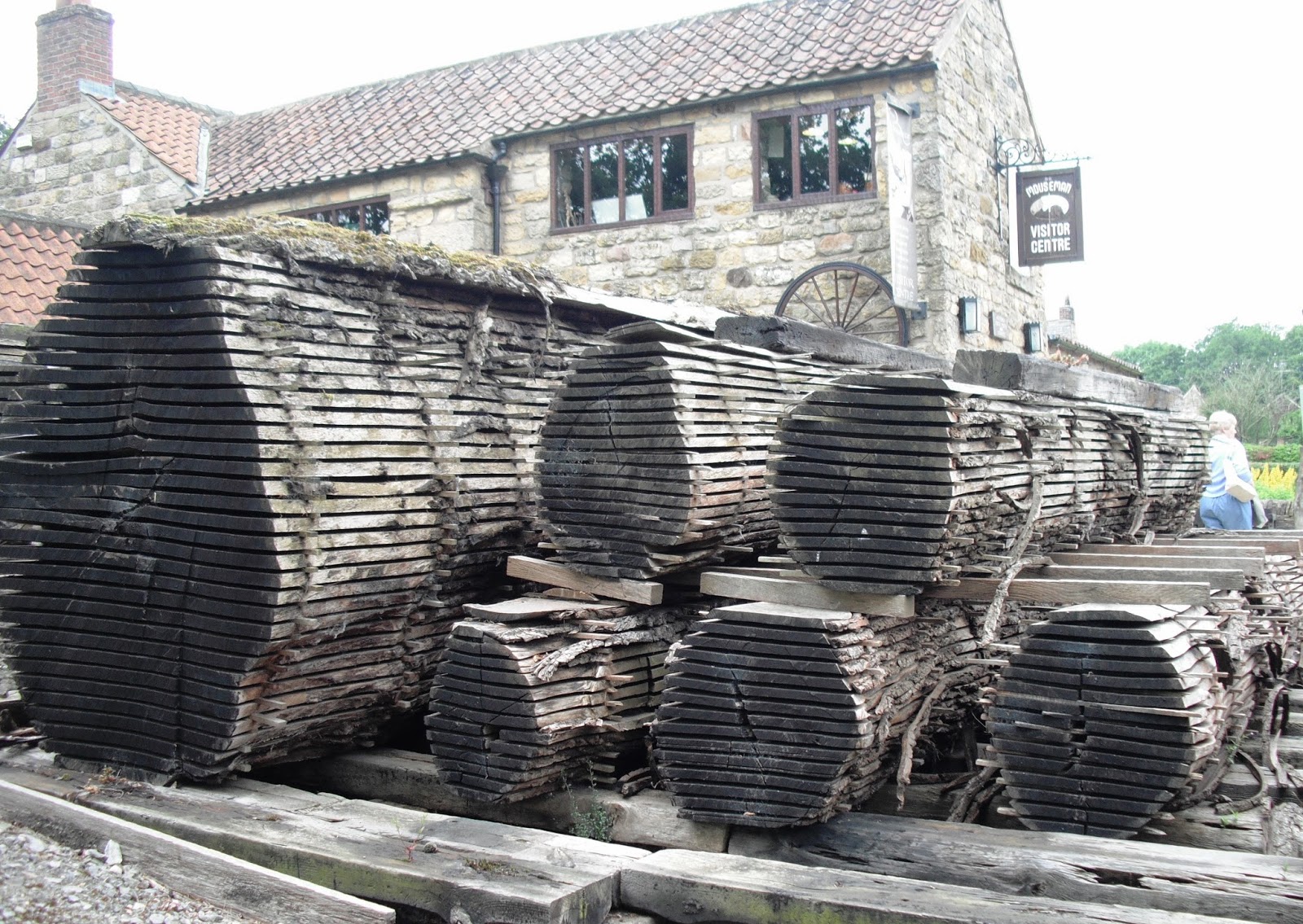 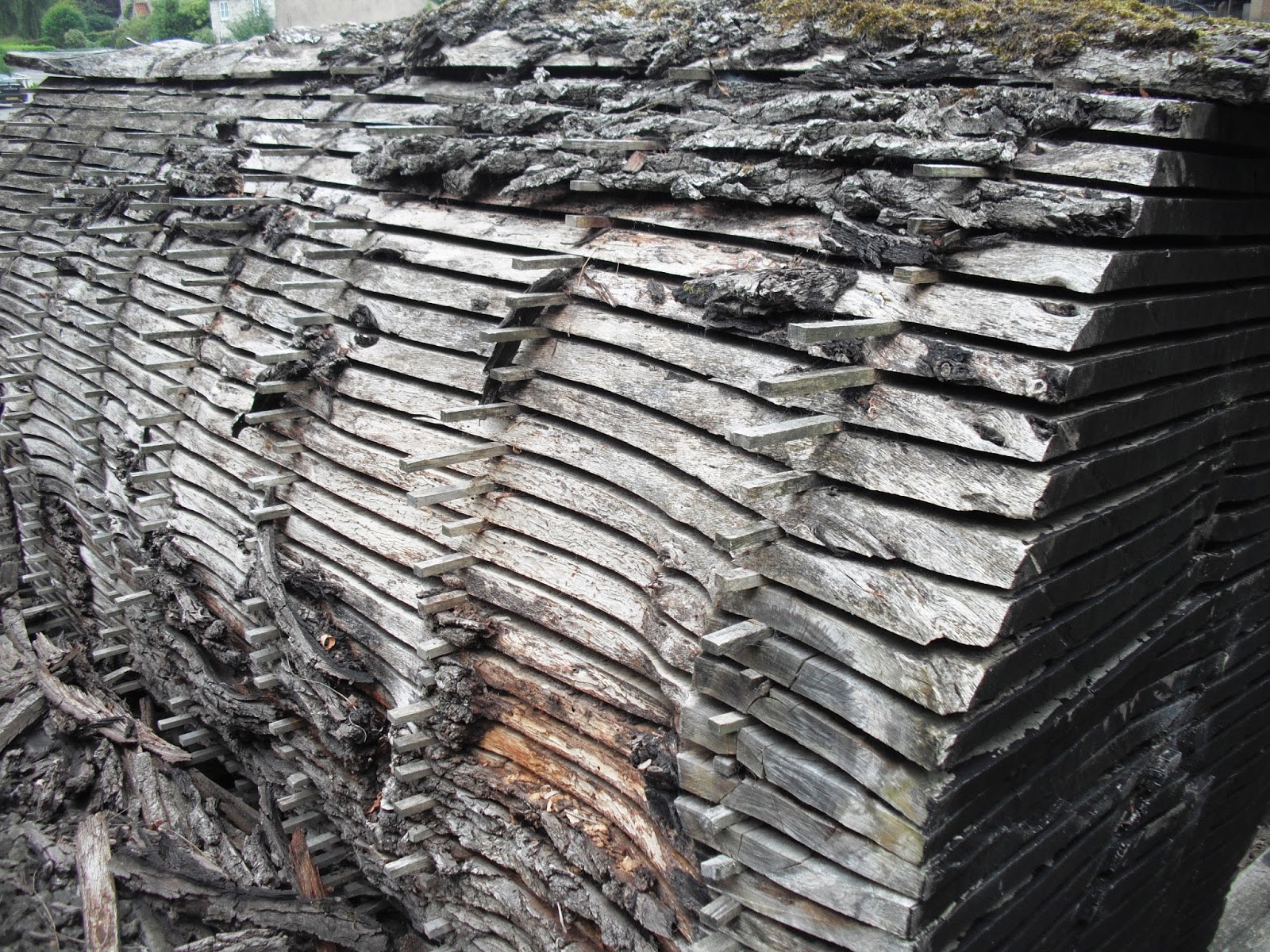 Nearby is a cottage with the front garden absolutely full of lavender. The bees were loving it. 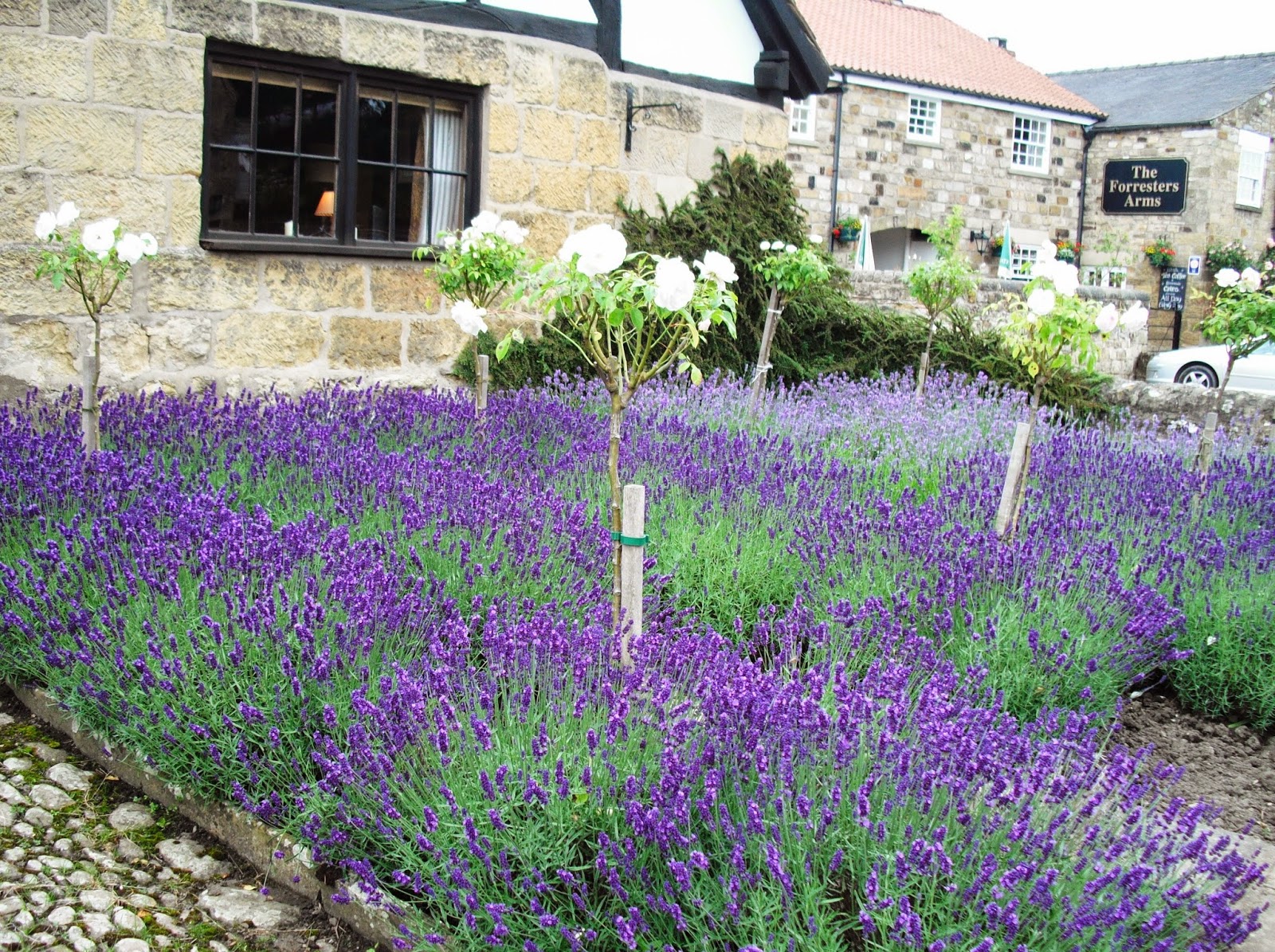 I took my Ordnance Survey map of the area with me and planned a walk to Sutton Bank. On the way is the bonus of seeing the White Horse. As I walked out of the village I met a couple with their dog going in the same direction as myself, so I struck up a conversation with them. They were on holiday from Sussex and were following a route they had on a leaflet. Between us, with their leaflet and my map we found our way to the White Horse. 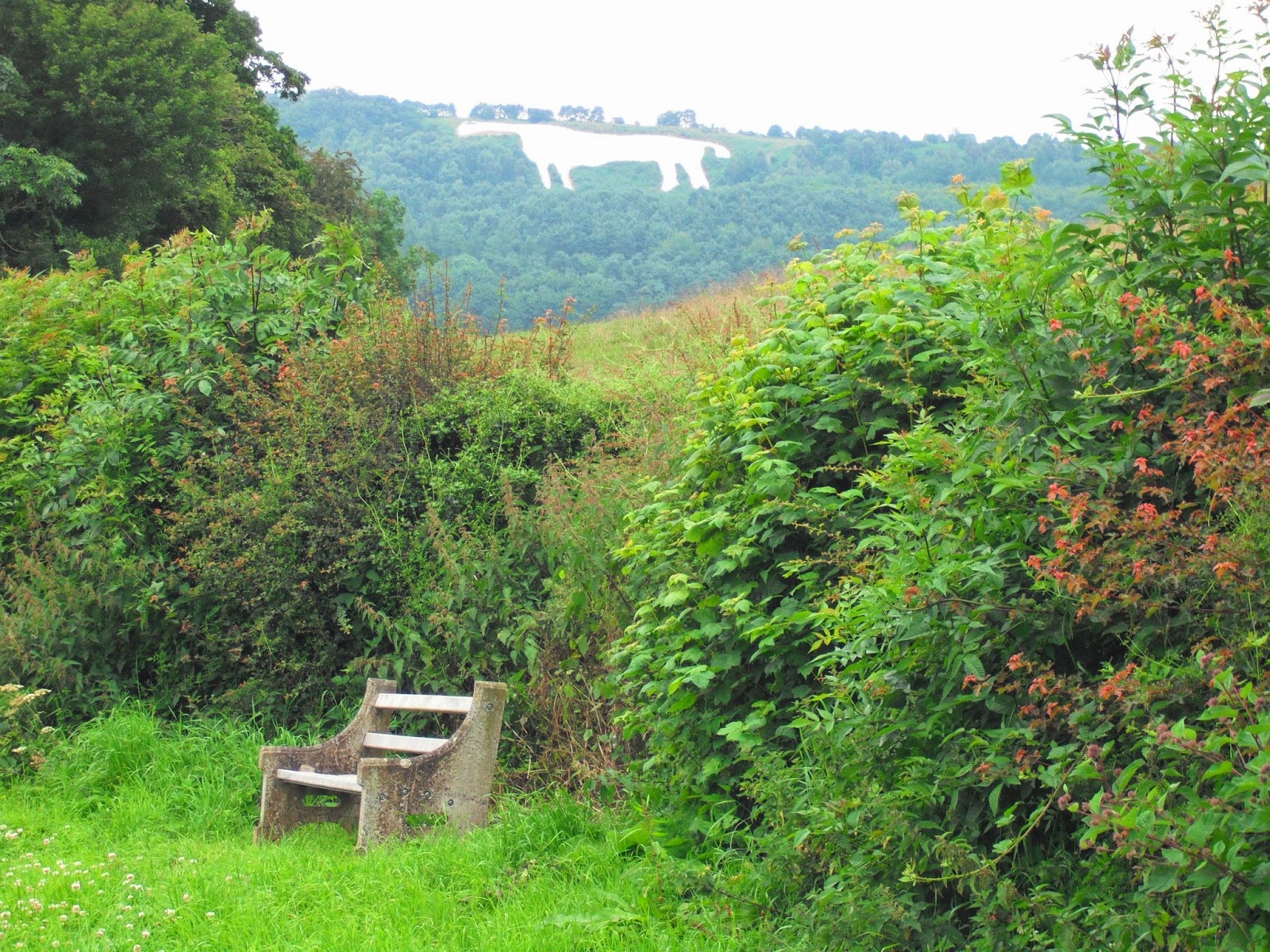 It was a steep climb up there, not far now. 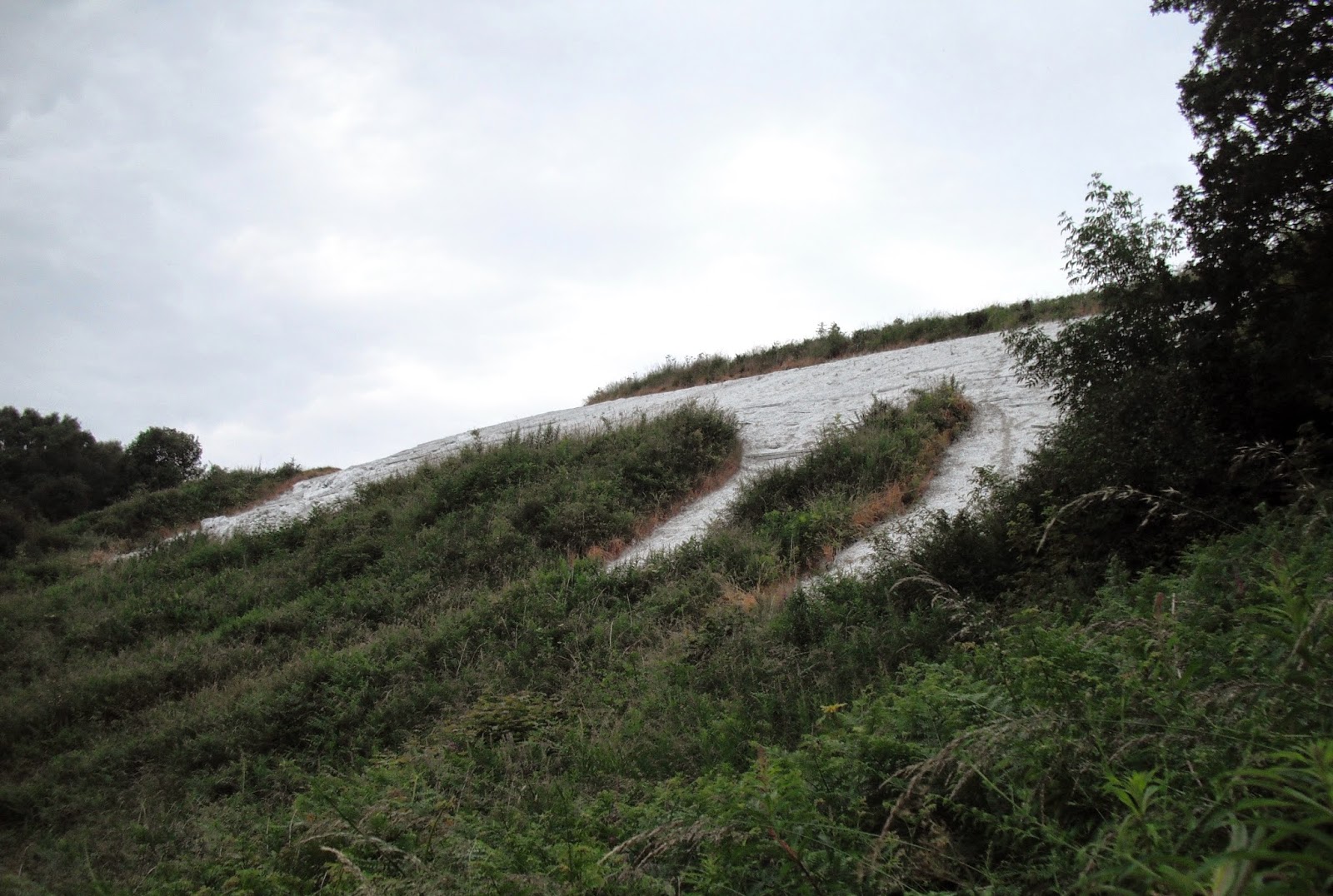 Here we are right on the top of the horse. Fantastic views. We followed the Cleveland Way, a long distance footpath, for a while. 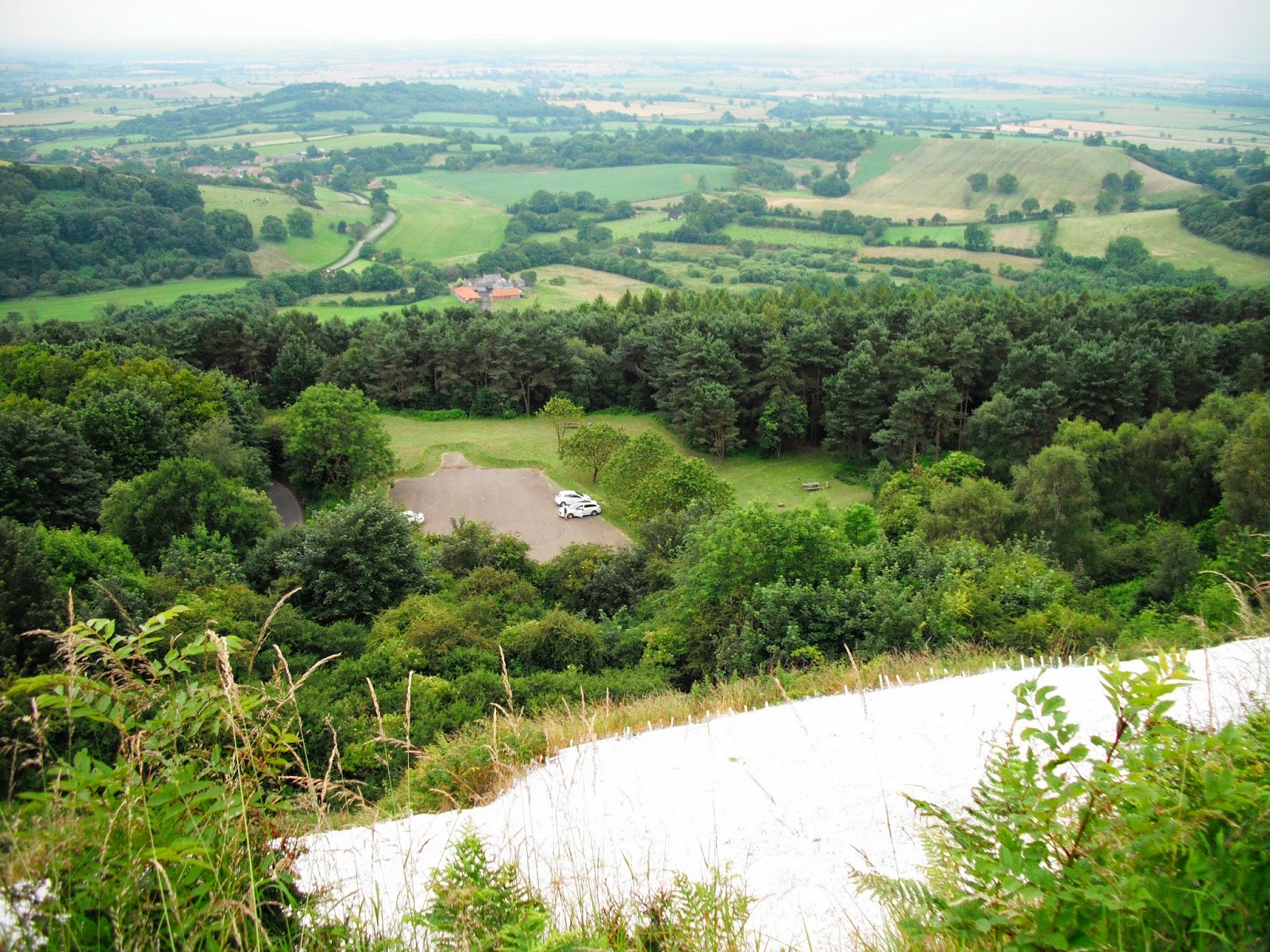 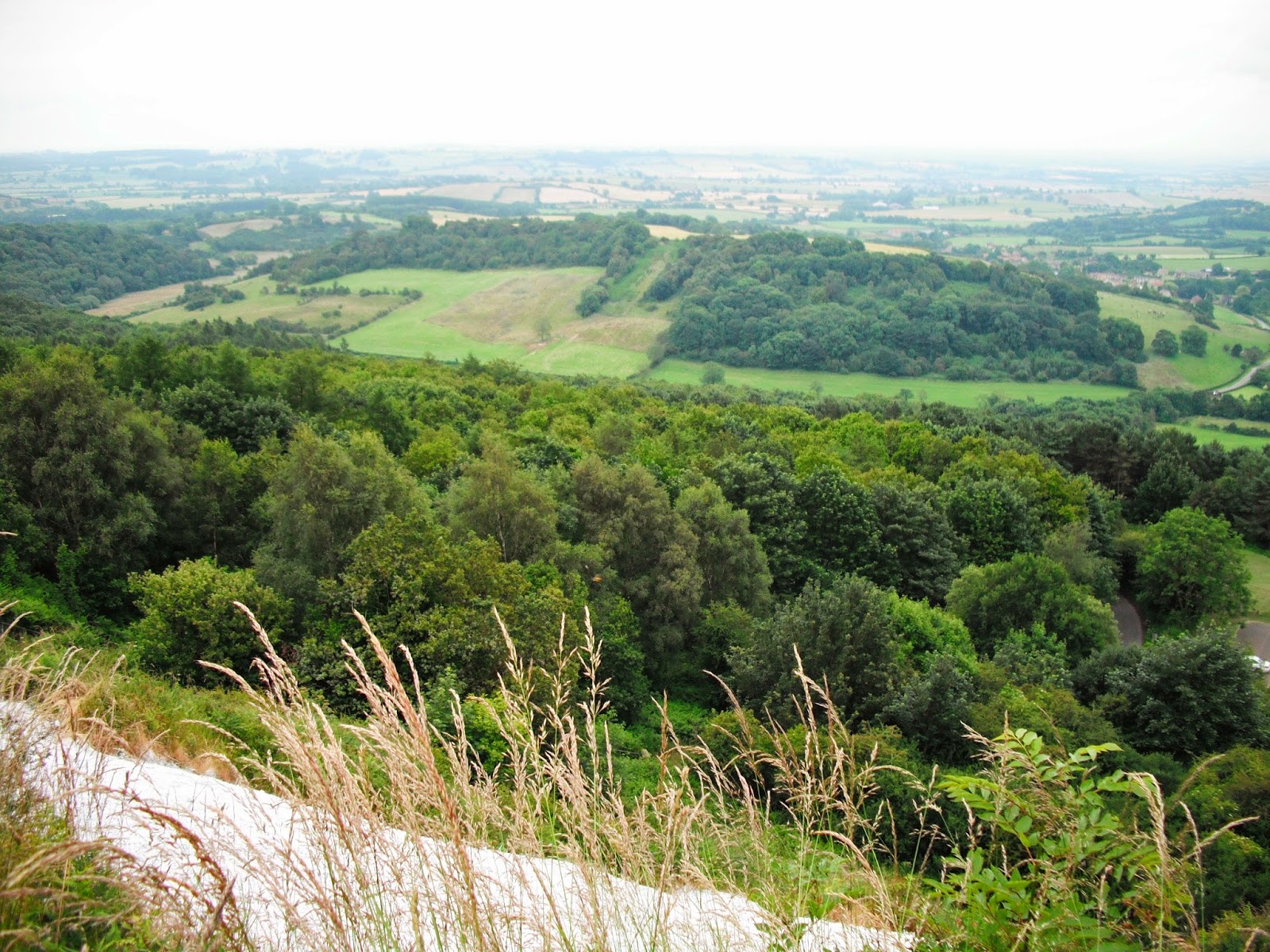 In 2007 the White Horse was 150 years old. It was the idea of Thomas Taylor who wanted a horse cut out on Roulston Scar to rival those in the South of England. There is no chalk on the hillside above Kilburn, so it was cut out on a steep rocky slope with a grey limey sandstone base. Now there is an association which works hard to keep it in good condition. 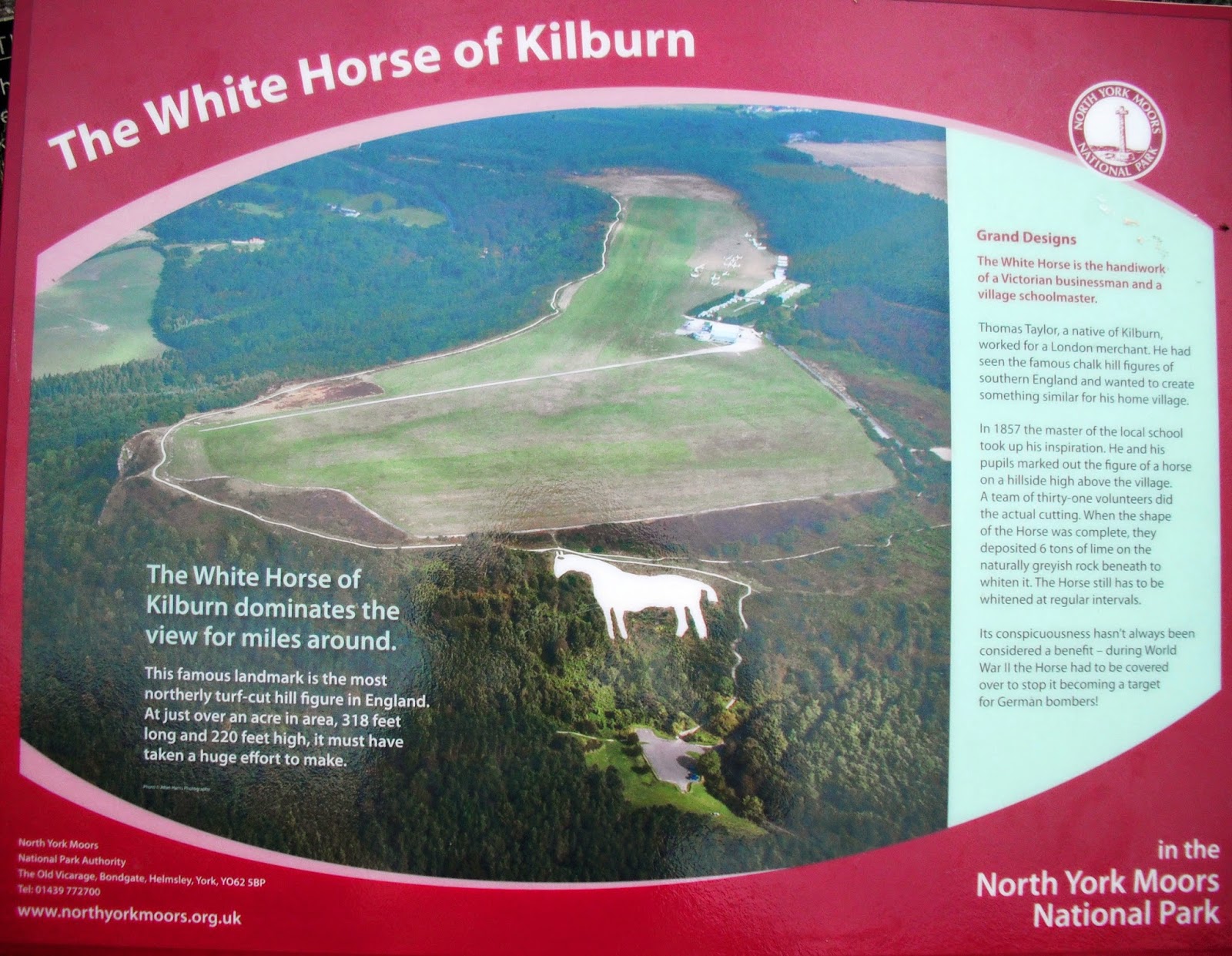 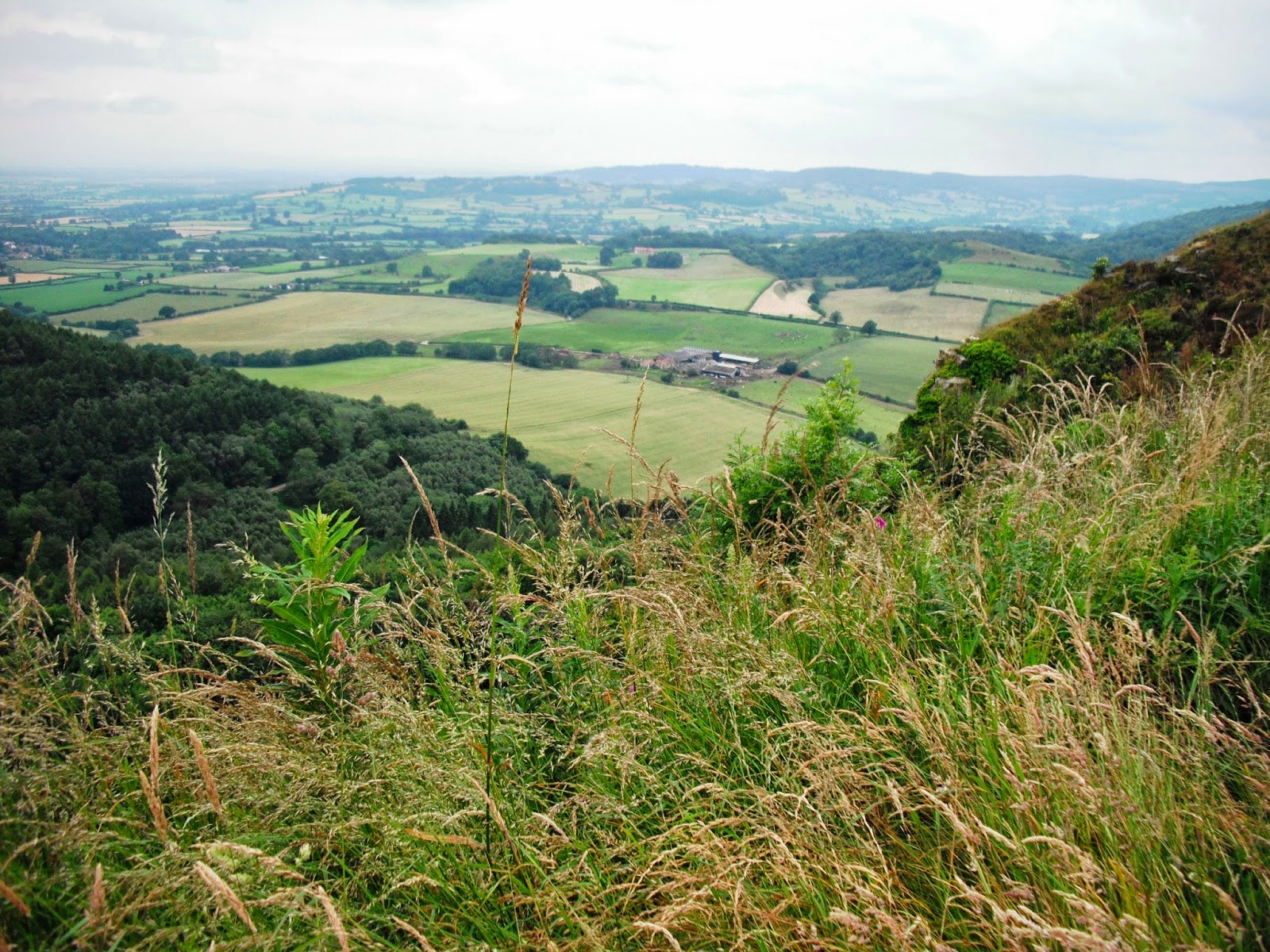 It was lovely to have some company on my walk today. My new friends were well traveled and experienced walkers so there was many stories to swap. Their next stopover is Northumberland tomorrow, before they head back down south  and home. I didn't get to Sutton Bank, it would have been too far.

Tomorrow I'm off to Durham for the day. At two miles it's near enough to walk, though I might go on the bus if one comes along. I hate waiting for buses. The car stays where it is, in the car park.
Toodle pip.
Posted by Meanqueen at 22:55