A top up shop is all I need

Hello, Thank you all for your comments on yesterday's post, it certainly got people talking, and thinking. That's the name of the game here, sit up straight, pay attention, and don't fall asleep, ha ha.
I went to town today, paid some bills, stocked up on pet food, and did a small top up shop at Aldi. The Age UK charity shop got two bags of stuff, and I bought a very nice pale blue fleece for £1. I've got a thing about fleeces, all lovely and snuggly.
While I was in town I popped into the Arts Centre. The awful scaffolding was still there with more negative comments in the visitors book, It's being dismantled at the weekend, I don't think anyone will be sad to see it go.
There is a new photographic exhibition by a local man who worked alongside the soldiers in Afghanistan. I don't normally have any opinions on military photo's they don't interest me, but these really held my attention. I stood alone in the quiet church and moved slowly along, pausing at each one in turn. I don't know what happened but I felt an overwhelming sense of  emotion, it took me by surprise, I certainly didn't expect that. 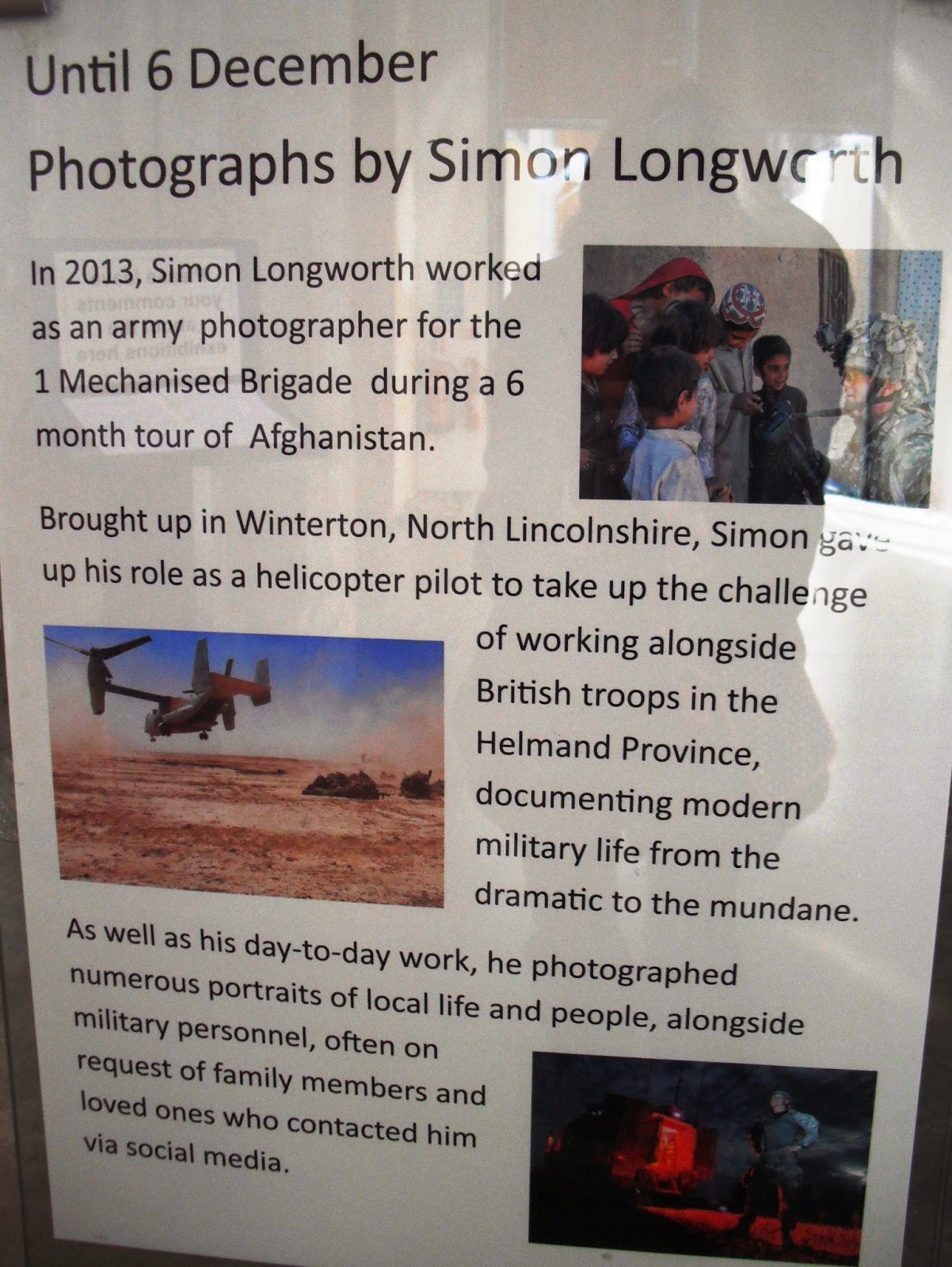 Soldiers at the ready, guns poised. 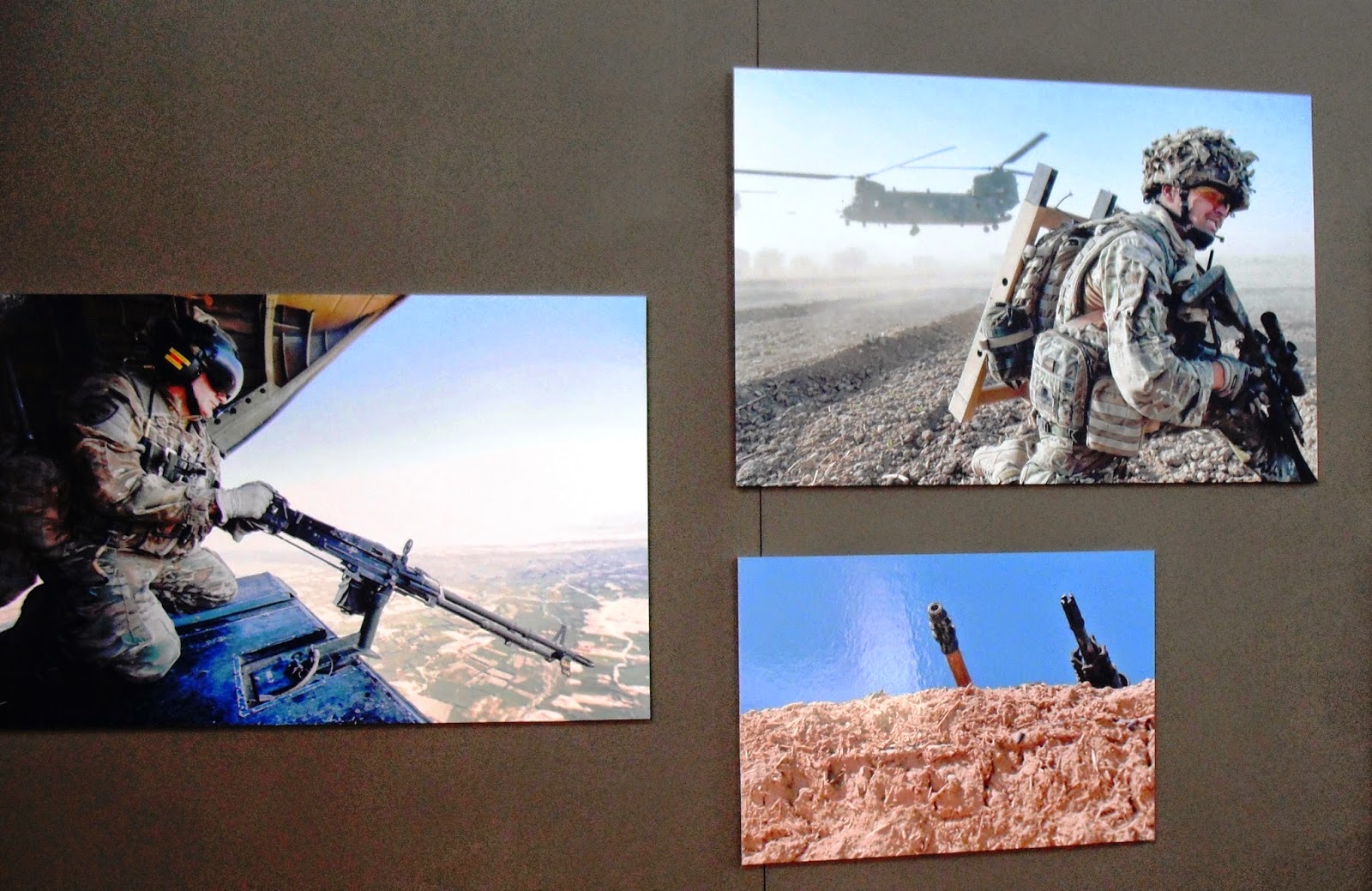 The inquisitive children looking into the camera. The boy playing soldiers with the helmet. The girl holding the child looking up the street, what is she looking for. 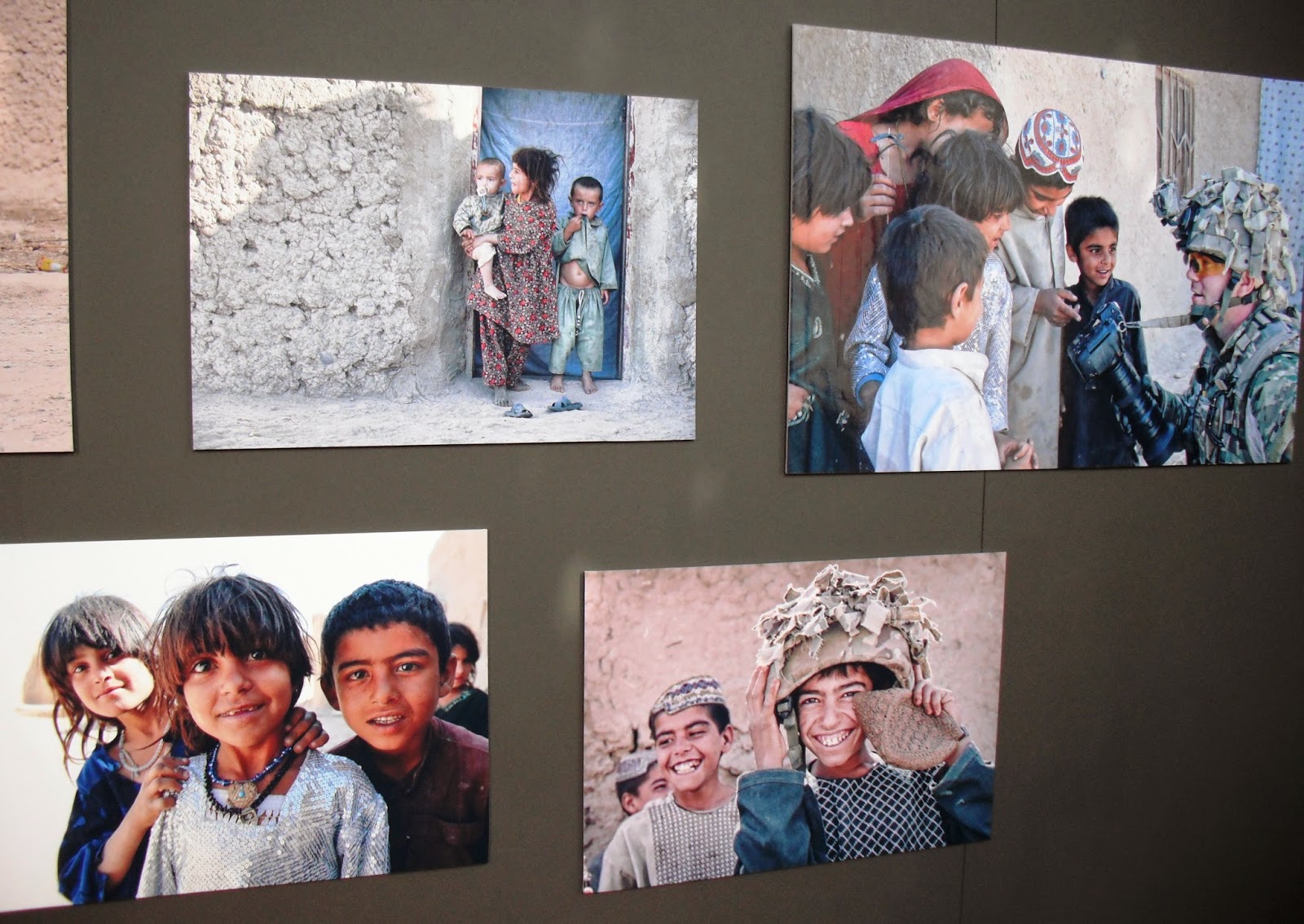 Look at the expression on that little boy's face, the way his eyes are lit up in amazement. He is mesmerized by the soldier 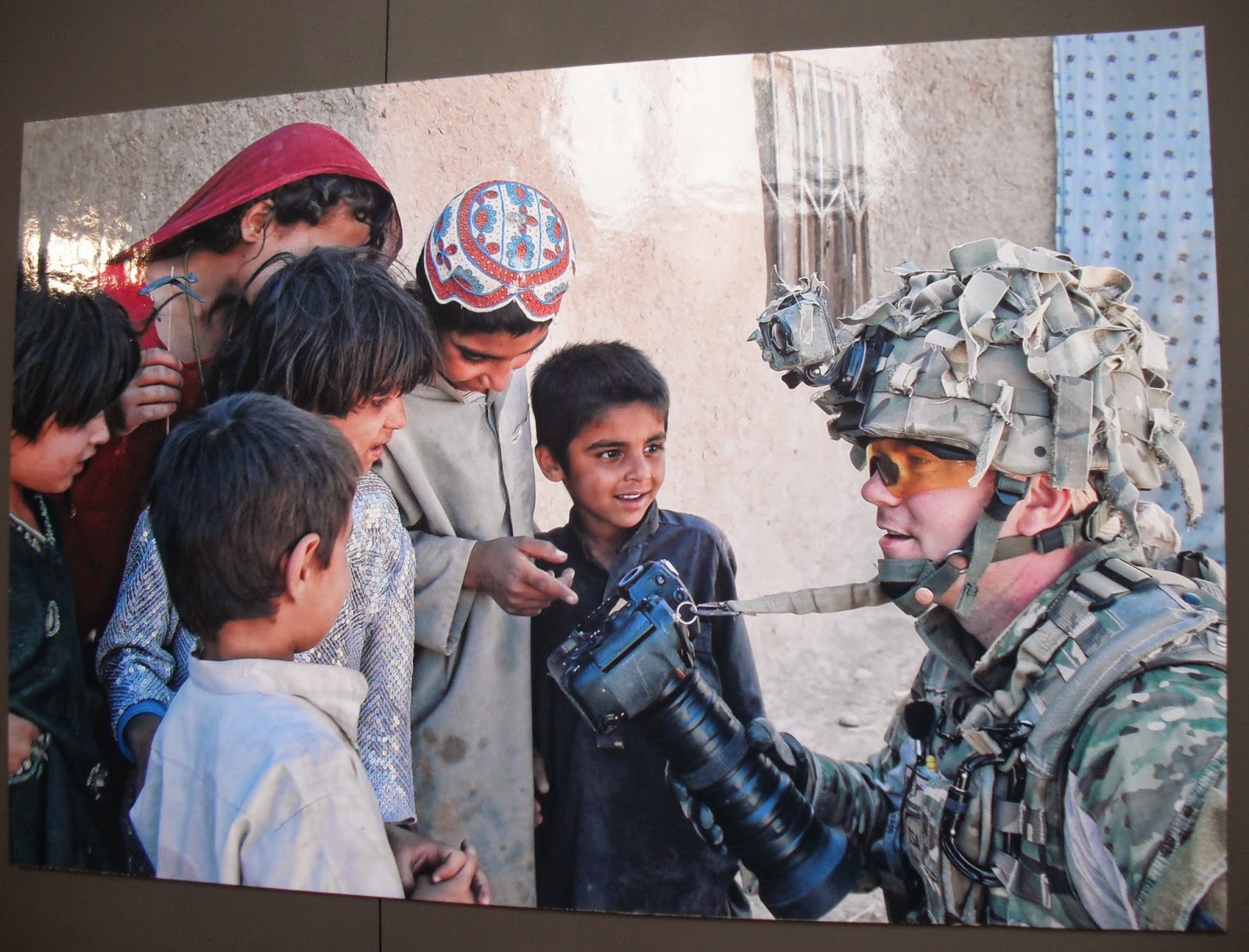 The love of a man and his dog. After everything that is going on around them, they find time for togetherness. 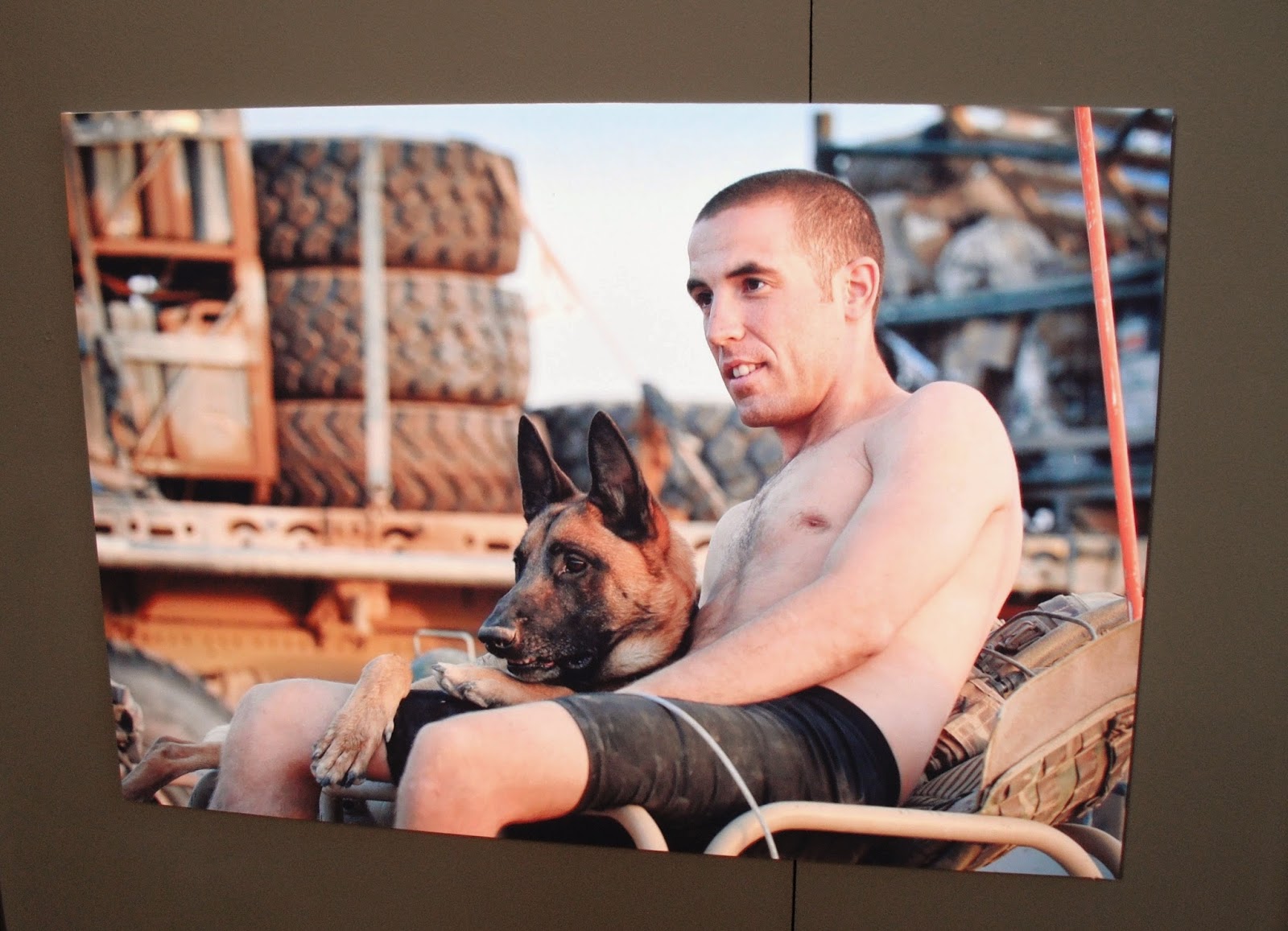 The photographer has captured all kinds of emotions in his pictures, it's a very powerful exhibition.

This should keep me going, don't need a bigger shop just yet, plenty to be going on with. I'm half way through another big pan of veg stew. Coming towards the end of the fresh runner beans, plenty in the freezer though, and plenty of spuds still in the garden. I keep thinking I might not bother with growing veg next year, but the truth is it does save money.

Pleased to say I have no adverse effects from my flu jab, except a slightly sore arm. Pleased about that, had visions of me coughing and sneezing. It hasn't happened.

Thanks for popping in. Haven't checked the weather for tomorrow yet, it would be nice if we had a dry day. Fancy going out.
Toodle pip.
Posted by Meanqueen at 22:10