I give you my heart

Hello. I bet you really really want to know what I have been eating, don't you, go on admit it. No, oh well, here are a couple of pics anyway. Eating is back to normal after the odds and sods I was consuming last week, apart from the meals I had with Lovely Grey of course. She likes cooking and I enjoyed eating her very tasty meals. The rest of the time it was a sandwich here, a packet of crisps there, a flapjack, and God forbid, I even ate some cake and biscuits. Back to normal now, junk in the house is banned.
I had some sweet potatoes which needed using up, I'm surprised they lasted the week in the fridge and were edible when I got back. So here we have them with onions and peas and pasta, in some kind of sauce, curryish and other spices. 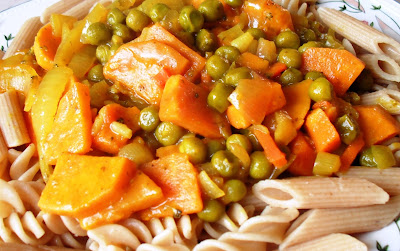 Followed by....more sweet potatoes, onions, peas, and sweetcorn, this time with a tin of chopped tomatoes thrown in. I can't see the attraction with sweet potatoes, I only got them for a change. I much prefer ordinary potatoes, or swedes. 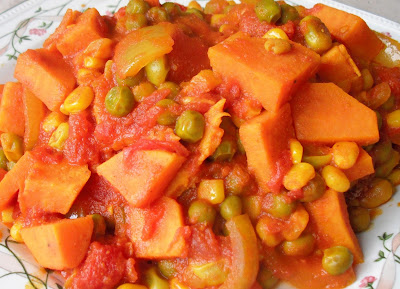 I've done a bit of shopping today, didn't need much but was in town to have my two year eye check at Speccysavers. It's free so it's worth getting it done. Of course they expect you to buy some new specs, but I don't need any, mine are fine. I have the prescription so I can get some another time, if I feel like it that is. Maybe I won't bother for a while, the ones I have will last another year or so.

I called in at the Cash and Carry and found these bags of nuts, four for £1. Worth a go I thought. Too hard to chew though so I will crush them in the mini chopper one bag at a time, or maybe do the whole lot in the big chopper. 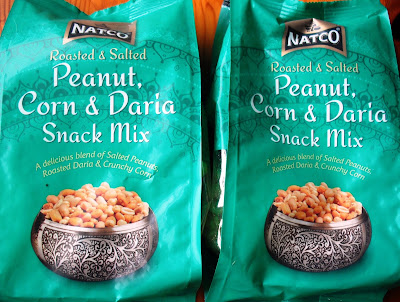 I also got two jars of Heinz mayo for £1, and two packets of Ryvita with pumpkin seeds and oats, also two for £1. I did a small shop in Aldi. Wholemeal bread, carrots, cheddar cheese, milk, spinach, cream crackers, filled pasta, prunes, yogurt, grapes, lettuce, eggs, and quiche, and wafer thin roast chicken for the cats.

I have been doing a bit of sewing and made some more felt hearts. These are smaller than the last lot, and I have left them single, not joined together. They are four and a half centimeters across and stuffed to make them like little pillows. The yellow loops are a narrow strip cut from an old T shirt. 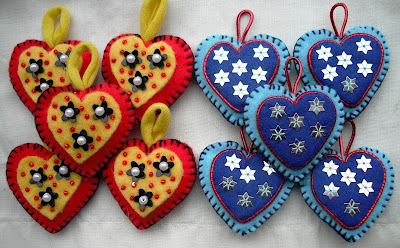 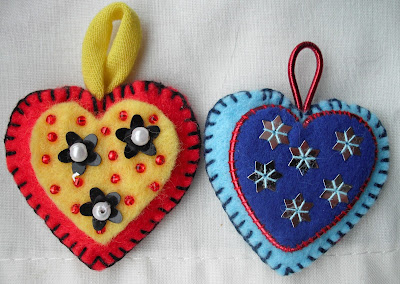 Today I made one a bit bigger, it's seven centimeters across. 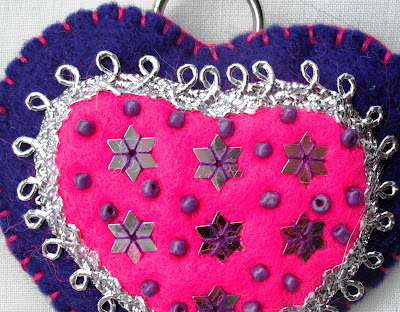 I've got the bug for this, so I have an idea to make some hearts and turn them into a picture. I have a suitable frame which will hold sixteen. They won't have a back or a loop, just the decorated fronts. Should look good. 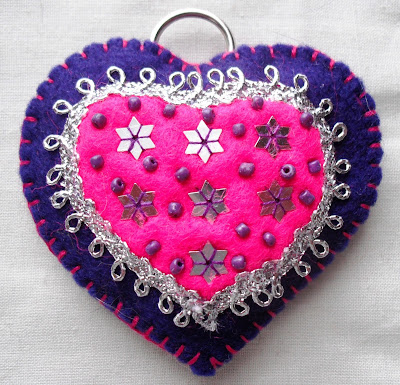 The quarterly utilities bills came while I was away, so they have been paid. Gas usage is well down as you would expect for this time of the year, it was only £5.30, which was 30% down on the same quarter last year. The electricity bill was 21% up though, shock horror, it was £26.55. Still not too bad, but I need to be more careful with switching things on and off in future.

It's the weekend again, I hope you have a good one. Glad I am at home and not getting stuck in horrible traffic. One thing I did notice while down south, although it is a lovely part of the country, there is too much traffic. Up here in North Lincolnshire, we very rarely get a traffic jam, we just tootle along our country lanes, it's so quiet. The only hold ups we get are around the football ground on match days, and next to the steelworks when the shifts change. We know to avoid those areas at certain times. There's a lot to be said for hassle free motoring.

Catch you tomorrow. Toodle pip
Posted by Meanqueen at 21:07