Hip hip hooooray, it's good news, the car has passed it's MOT test. All is well, no notifications, that's a relief. I did a bit of shopping while I was waiting, some essentials from Aldi.
Right, onto day two of the walk. Breakfast was self catering at the hostel. I had bread and cheese, malt loaf and a banana. Walking towards the sea front I passed by the main shopping street, it's a bit narrow, but even so, the traders were putting out their wares at the front of their shops. There had just been a shower but that didn't seem to deter them from bringing it all outside in the open. 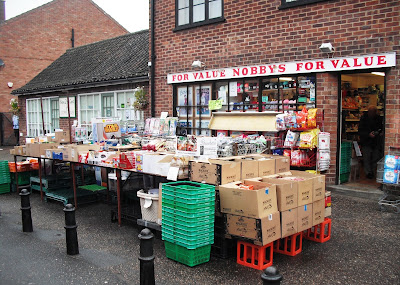 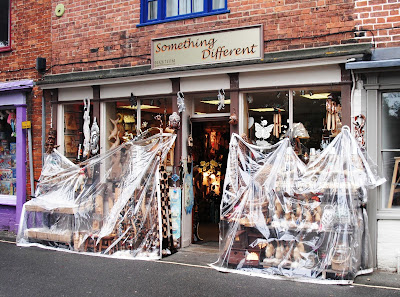 The bin lorry crawled slowly along, squeezing itself through, cars behind had to wait while the men loaded the bins onto it. Hardly any room to swing a cat, as the saying goes. 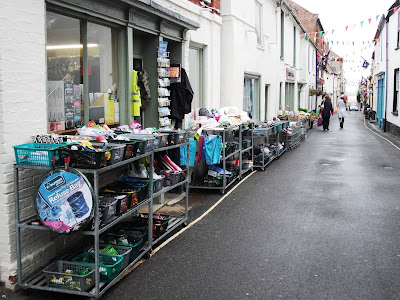 Seen outside the front of the butchers shop, anyone want to buy a cow hide for £220? 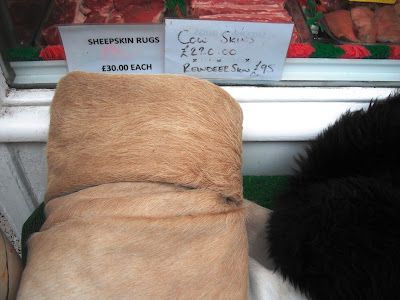 This boat in the harbour is a sort of restaurant, but it could have been a greasy spoon cafe by the state of the mish mash of tables and chairs. 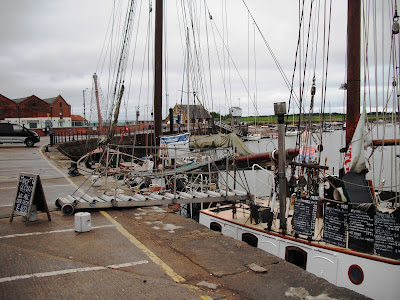 Goodbye Wells, I'll be back. 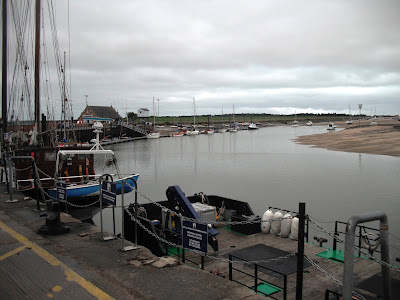 Off we go again, the coastal path was like this quite a lot of the way, can't see the sea because of all the marshes. 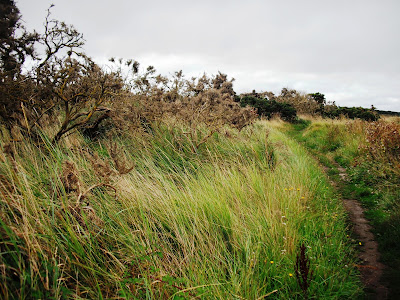 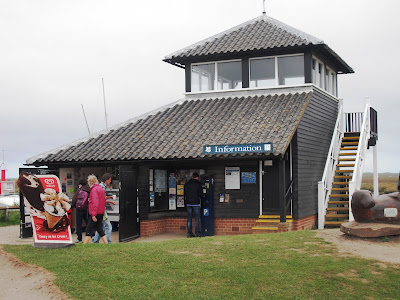 All of a sudden she was coming towards me, her hubby had dropped her off, I was surprised to see her. We walked into Blakeney and took some photo's. 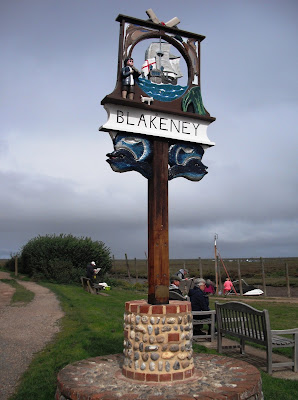 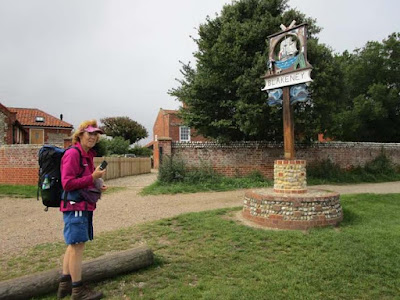 After we left the village we had a choice of route, follow the coastal path or take the path alongside the road to Cley next the Sea. I chose the road route as it was the shorter distance past Sue's house, which meant extra sitting down time. 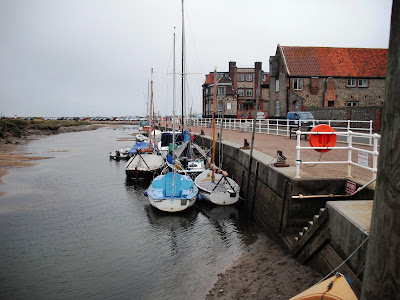 The village grocery store in Cley. It's a pretty village with narrow and twisty roads. 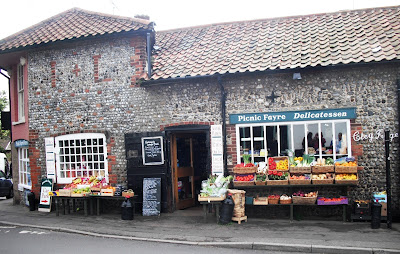 The windmill at Cley. 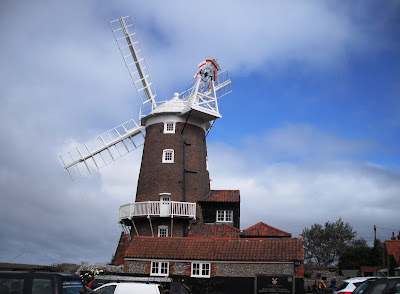 Here we had a welcome break sitting out on the terrace, enjoying Sue's sandwiches made with tasty home made bread, and scrummy cakes. 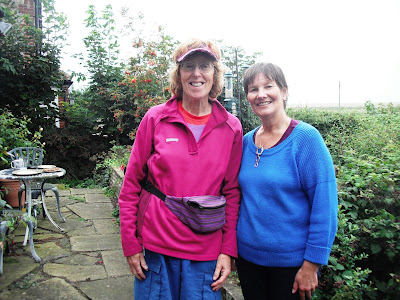 After we were suitably rested and refreshed, Sue walked with me again a bit further. The coastal path from Cley to Weybourne goes along a four mile stretch of shingle beach, something I wanted to avoid. Luckily I had my own guide to show me an alternative route. I didn't take any pictures along here, because we were too busy nattering. As we reached Weybourne the path goes up onto the cliff top, and it was here that we parted company. I have to say though, that we got on like a house on fire, I'm so glad that she could come and meet me.

The views looking back were really good, even though it was a bit windy and drizzly. On my right hand side was Sheringham Golf Club, and some hardy souls were out giving their balls what for. 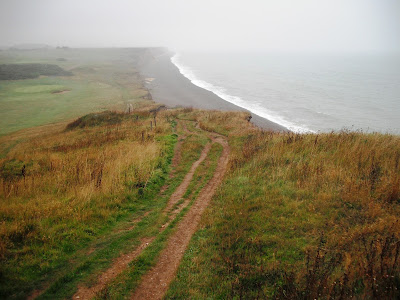 Sheringham Youth Hostel is quite modern. By this time I was getting a bit cold, and was glad of the warm welcome. 17 miles walked today, that's enough.

Come back tomorrow for the next installment. Toodle pip
Posted by Meanqueen at 15:18