A lazy start, then sunshine :o)

Howdy. This was the state of play at 12 noon today, all the kids were snoozing. Not surprising, it was lashing it down outside. Mayze ended up on my legs sometime during the night, and didn't stir when the rest of us were waking up and starting to move about. She missed breakfast. 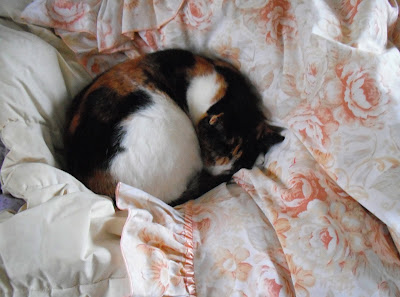 Rocky was up with me at 7.30am ready to go out on the garden. After breakfast he went back on his cushion for more shuteye. 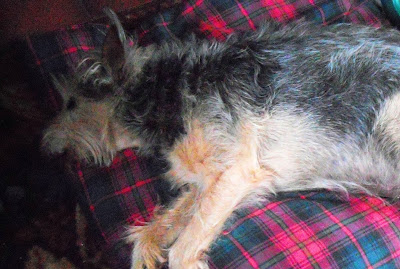 Bugsy was up early, yawping for food. He stays in the living room now, he has his food tray close by, and the litter box next to his chair. After a good feed he was back to sleep on the chair. 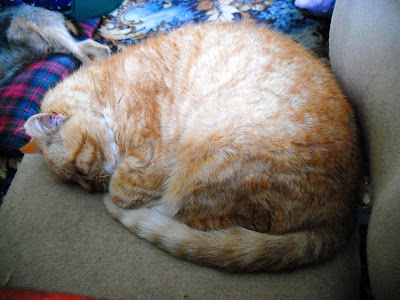 Heidi had a snack first thing, took one dash outside and came straight back in again. Her favourite spot is on the kitchen window sill at the moment. 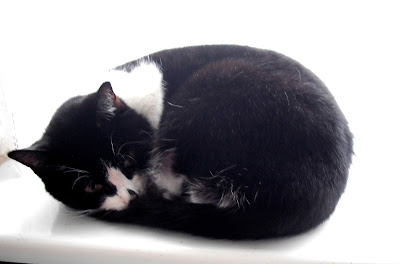 I got on with some craftwork while it was raining. Eventually it stopped and brightened up. C'mon Rocky time for a walk. Look at his face, I like to imagine what he is saying. 'You don't expect me to walk through all these squishy berries do you?'  The wind was blowing his ears up. 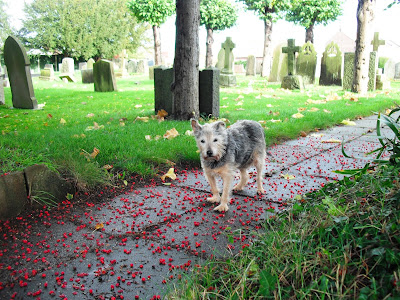 'That's better, a sheltered spot, I like these crunchy leaves'. 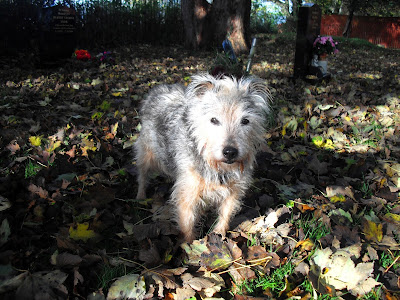 The sun makes it look beautiful, but don't be deceived, although it was warm it was blowing gale. 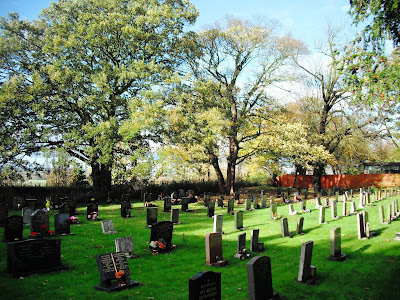 After lunch it was still warm and sunny so I said, c'mon Rocky, let's go to the park. We drive there so we can take the pushchair. I took two photo's of this pretty tree from different angles. 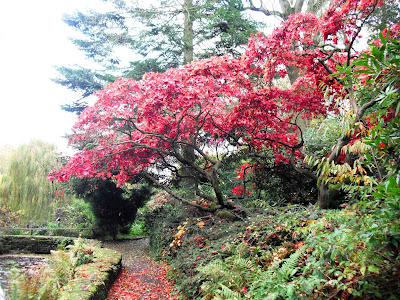 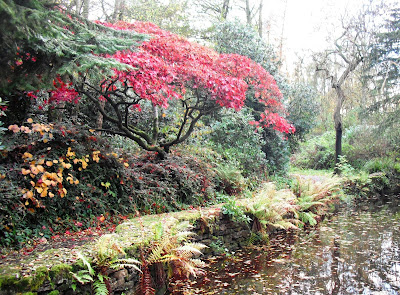 Nice to see the ducks in fine fettle, and chattering away. 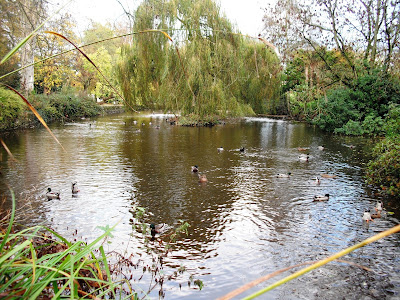 His little tail was wagging excitedly when we arrived. 'That was smashing, I like it here', says Rocky. Yes, so do I. It's a nice big open space with squirrels, ducks, deer, and peacocks. Plenty of paths to walk, through the woods or around the walled gardens, or around the Hall, or through the courtyard. It's beautiful at this time of the year, and not very busy, only a few people about. 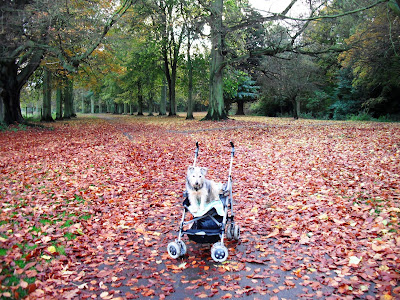 Back home to another pan of soup. I started it last night, it only needed five minutes on the hob tonight. Onion and Brussels sprouts, no photo, looked much the same as last night. A big chunk of wholemeal bread with it. Couldn't be better.

Right back to the craftwork, if I get my finger out I can get it finished by tomorrow.

Thanks for popping in. Enjoy your Sunday. Toodle pip
Posted by Meanqueen at 19:07