Giving my bingo wings a workout

Hello. I went to bed a bit earlier last night. Normally it's about 11pm, but I was a bit tired so I was under the duvet at 9.45pm. I soon dropped off, but the trouble was, I woke up at 3am. Now that is a bit early to get up, so I forced myself to lie there a bit longer. Thankfully I went back to sleep for an hour. I think I'll go a bit later tonight, as long as I get 6 - 7 hours a night, that's about right for me.
Not a lot to report on tonight, it was just a normal day. I did some more sewing on the new picture, it's looking good. I fancied doing some machine stitching on it, so I did a practice piece first, in case it didn't look right. It did, so I whizzed over a section of it. I have a title for it, but I am keeping that to myself and will reveal it at a later date.
Three meals today. Usual breakfast, bran flakes, nuts and dried fruit topper, banana, and yogurt. I am back on the soya milk as I have finished the 20p rice milk. 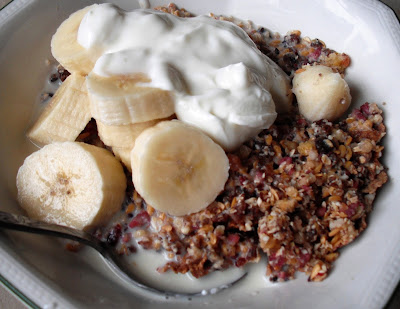 Lunch, the last of the mushrooms needed using up, spinach, one scrambled egg, on a slice of seeded bread. 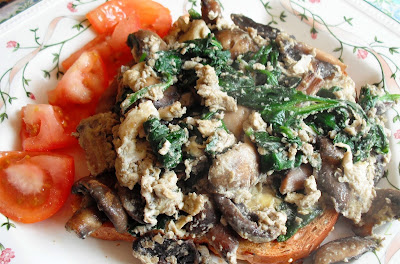 Dinner tonight, a mild veggie curry stew with carrots, parsnips, peas, celery, and pasta. It was so nice I had two helpings. I made a big pan so there's plenty left for tomorrow. 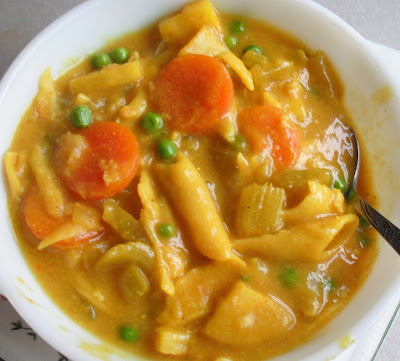 It was a lovely day so I did a bit in the garden. This hedge needs trimming, it's too tall. I always put a plastic sheet underneath to catch the clippings, I can't stand sweeping the bits up after letting it all fall on the ground. 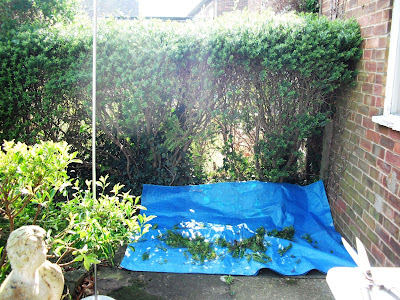 I did the walk earlier today, and stopped to chat to a lady who also walks for exercise. We had a right good natter. I am often seeing people walking and running, there are a lot of health conscious people in this village. One rather portly middle age gentleman with his baggy shorts on was huffing and puffing and sweating profusely. He was doing a much shorter  run around the block. Maybe it is best if he doesn't stray too far from home I thought, in case he begins to feel poorly. Just after I saw him, twice, a couple of young ones came streaking by in their tight fitting brightly coloured lycra. Wonder if I should get some of that kit, mind you, I don't want people to see my skinny wobbly bottom. Can it be skinny and wobbly at the same time? Mine is, I've got bingo wings on my arse. What the chuffin heck are bingo wings anyway, I don't play bingo, ha ha.

I've got to be on time for the Crafty Club in the morning. I've got to pick up the milk from the shop and  let everybody, in because our leader can't make it and I've got the spare keys.

Thanks to the walkers for sending in your mileages, more have arrived today. Our page is looking quite good a lot of activity is being recorded. I'm proud of you all for making such a fantastic effort.

Thanks for popping in. We'll catch up soon. Toodle pip.
Posted by Meanqueen at 22:43