How to make cheap 'no stitch', bunting.

Hello. As the second key holder for the Village Hall, I opened up this morning for the Crafty Club, as Ann was having a day off. We had a small turnout, a few missing, but no matter, we still have a good old natter. I made a start on more felt hearts, this time in orange and green.
I think bunting is quite popular at the moment, so I thought I would make some. I have an old park guide from Legoland when I visited in 2002, fancy keeping this for 14 years, I must be daft. I have lots of memorabilia from places I visited with my last boyfriend, blimey was it that long ago.
The bunting looks quite pretty and it cost virtually nowt. 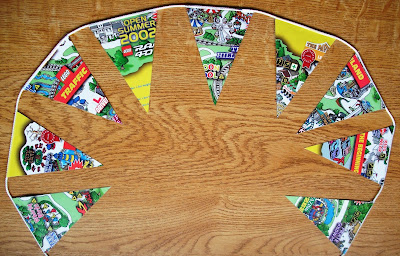 Remember Woolys, I am still using bits and bobs I bought from them when the store was closing down. This sticky back clear film was only 20p. 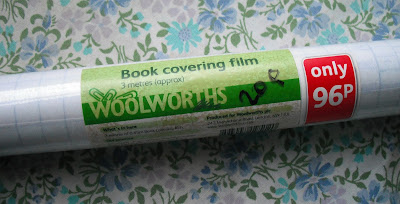 I cut the paper into oblongs, then trimmed them into flag shapes. If you are going to do this make sure you get them the right way up. You can have them any size you like, and if they are printed on both sides make sure you have the right side up. 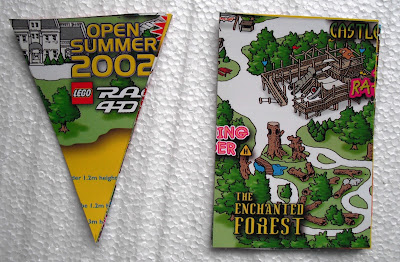 First of all I cut a strip of sticky back twice the height of the flags, took the backing paper off, and laid out the flags with a length of cord along the top edge. Then folded it over to enclose the paper and the cord. When the two sides were stuck together I trimmed off the excess plastic. I found it quite difficult to work with the plastic, getting it smooth and not wrinkled. 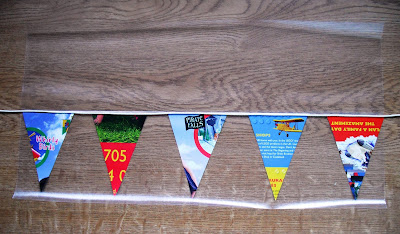 I thought there must be an easier way, so I decided to cover the flags individually, which worked better. Cut the sticky back into smaller pieces. 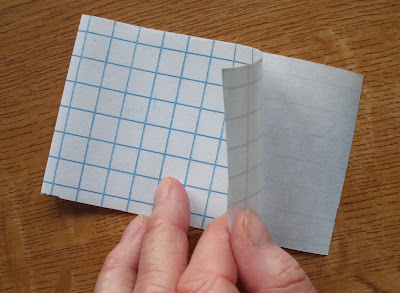 Put a crease mark along the centre and peel back the backing to expose the crease. Stick on the flag, a fraction from the crease mark. 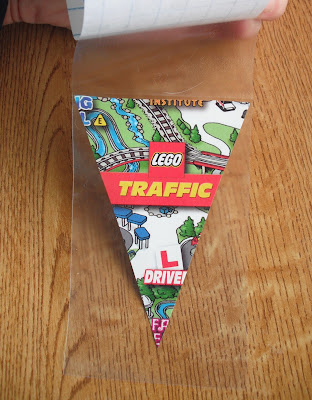 The cord should be as long as you want to make the bunting. Lay it along the crease line, and fold over the rest of the plastic enclosing the flag and cord. 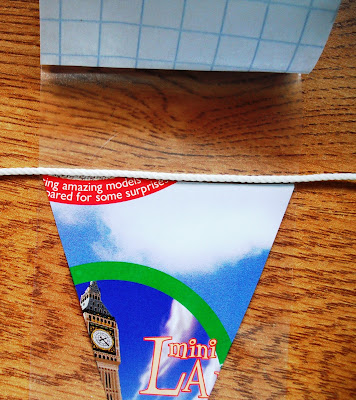 Then cut off the excess plastic. add the flags one at a time, until you have enough. 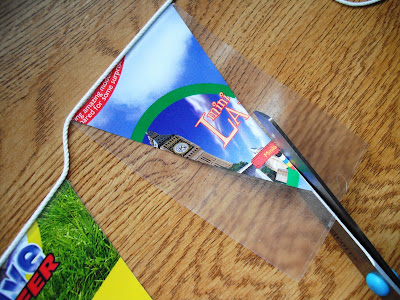 I positioned these one inch apart. 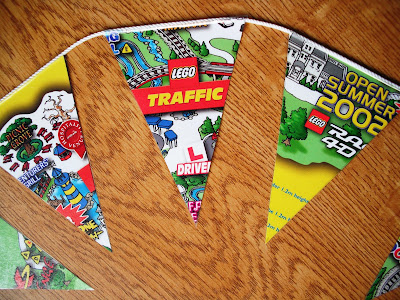 Next I made a Christmas bunting, a good way to use up old Christmas cards. I have used a gold coloured cord here, and laid them closer together. If you are going to do this, the sticky back doesn't stick very well to glitter cards. You could use ribbon instead of cord. 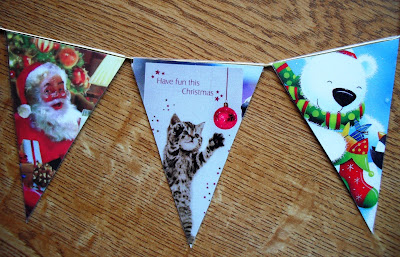 A cheap way to make Christmas decorations. You could probably get a roll of the plastic from the £1 shops, and you would get a lot of bunting from it. You could use anything colourful, like brochures or magazines, or maps, or what about using cat food pouches? Now that's an idea, I must try that.

The sun is shining so I'm off out to do a bit of hedge trimming. Thanks for popping in, we'll catch up soon.
Toodle pip
Posted by Meanqueen at 15:38